Ted Lasso Wishes the U.S. Luck in the World Cup With Ads in Each Player's Hometown 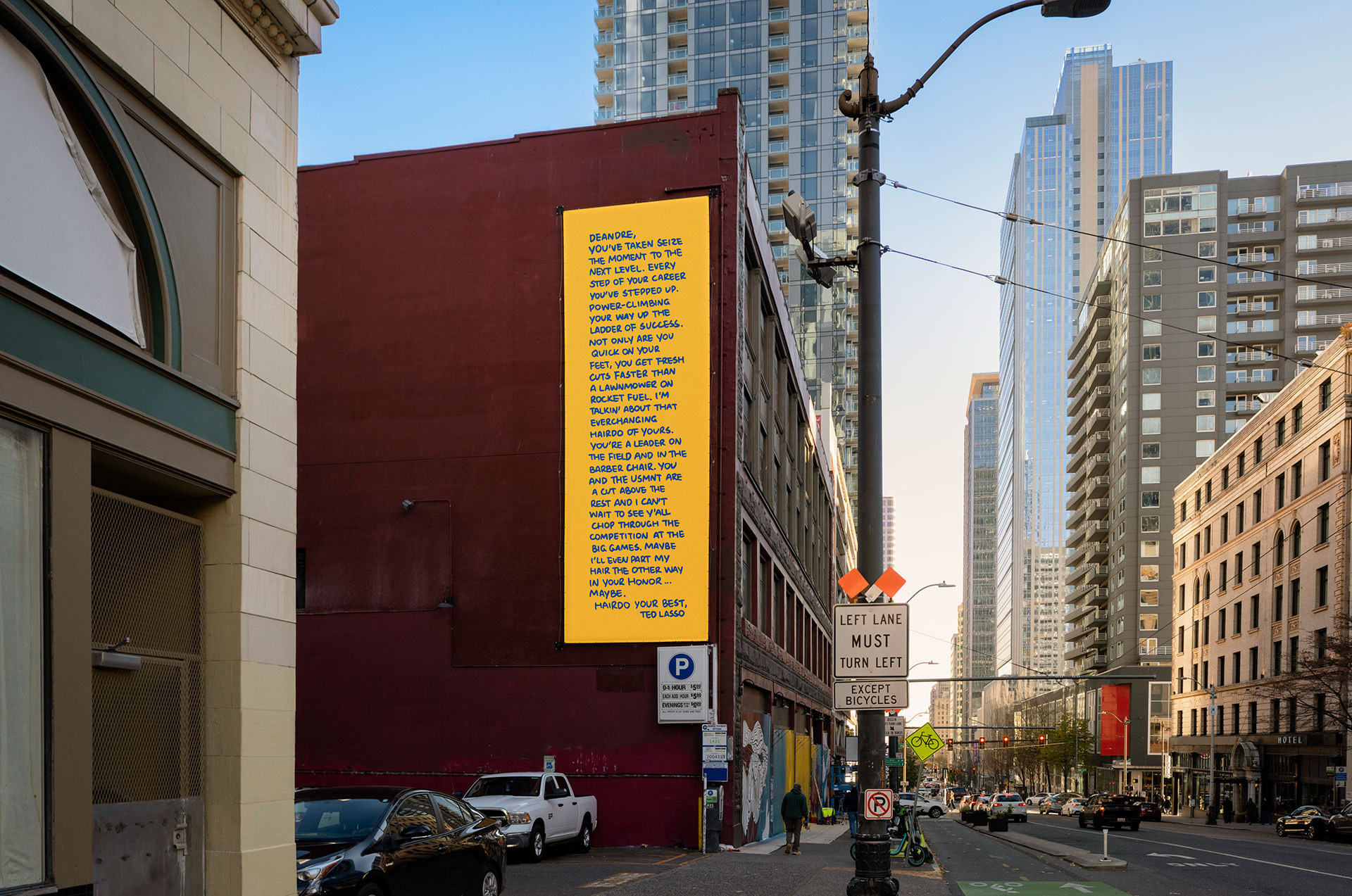 It's going to take a miracle for the U.S. Men's National Team to win the World Cup, which begins next week. But believing in miracles is what Ted Lasso is all about.

So, it's fitting that the coach of fictional AFC Richmond is wishing the U.S. luck at the tournament—in a series of 27 outdoor ads that are popping up in each player's hometown. (Coach Gregg Berhalter gets one, too.) The campaign was devised by TBWA\Media Arts Lab for Apple TV+, the streamer that airs the Lasso show.

The final U.S. squad for the World Cup was announced Nov. 9, and the boards went up quickly thereafter in 24 cities, including Atlanta, Baton Rouge, Dallas, Nashville, New York, Seattle, Chicago and San Diego. Each ad is personalized to the player or coach and written in Lasso's folksy drawl—by far the biggest Lasso content dump we've gotten as we continue to wait for Season 3.

Check out more of the billboards below. And you can learn all about Ted Lasso's original story in the new episode of our Tagline podcast, which just dropped yesterday. 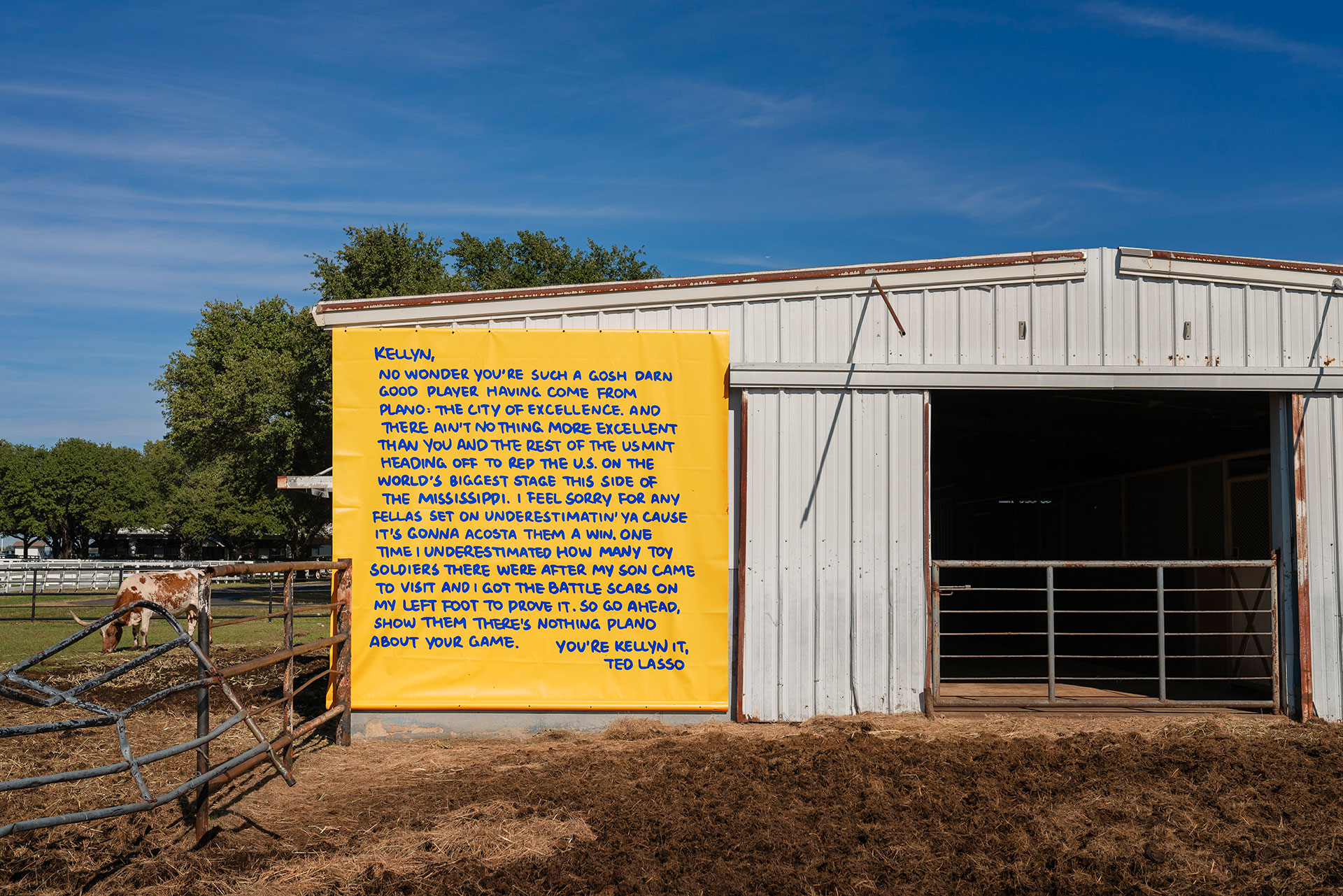 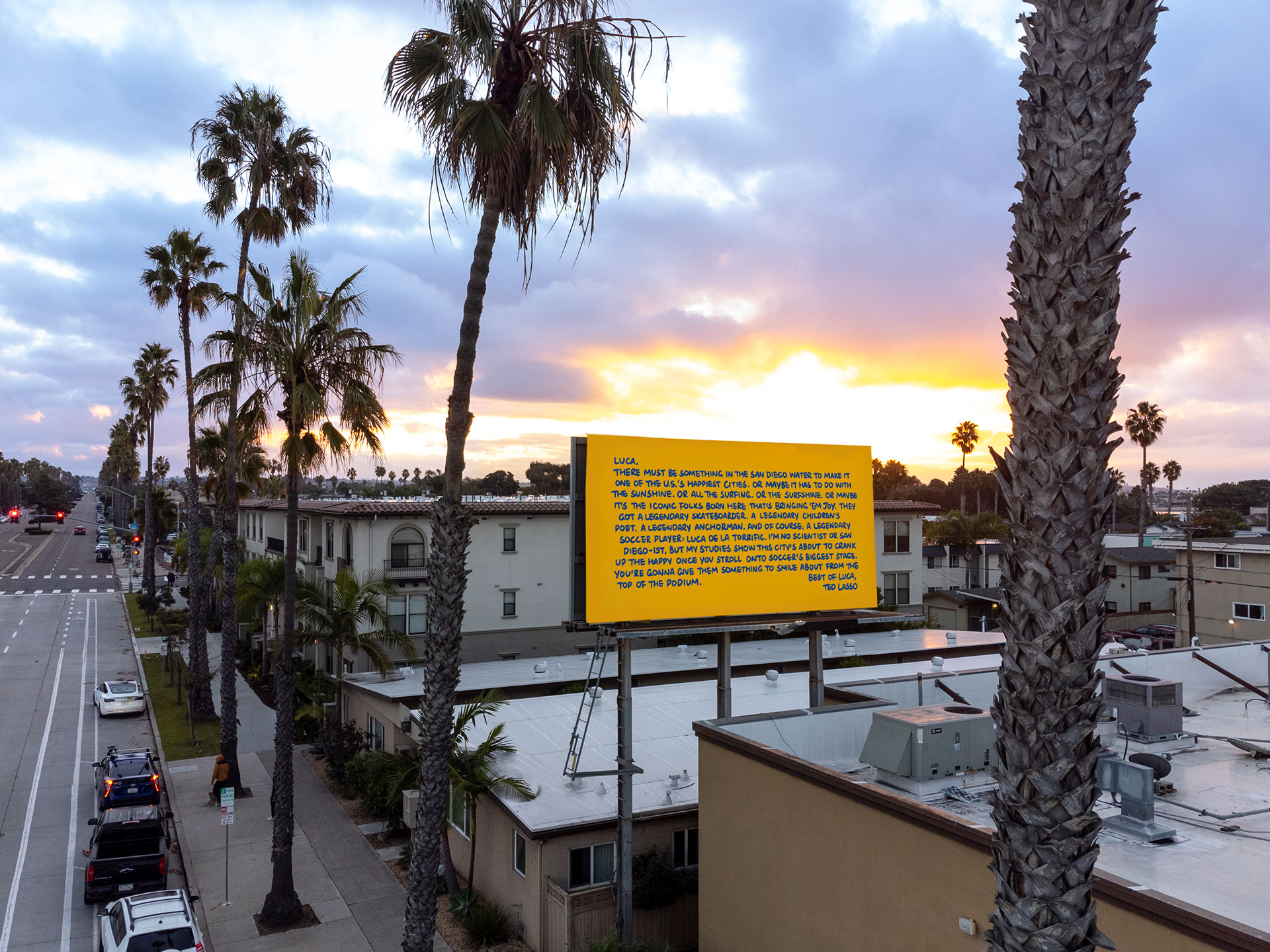 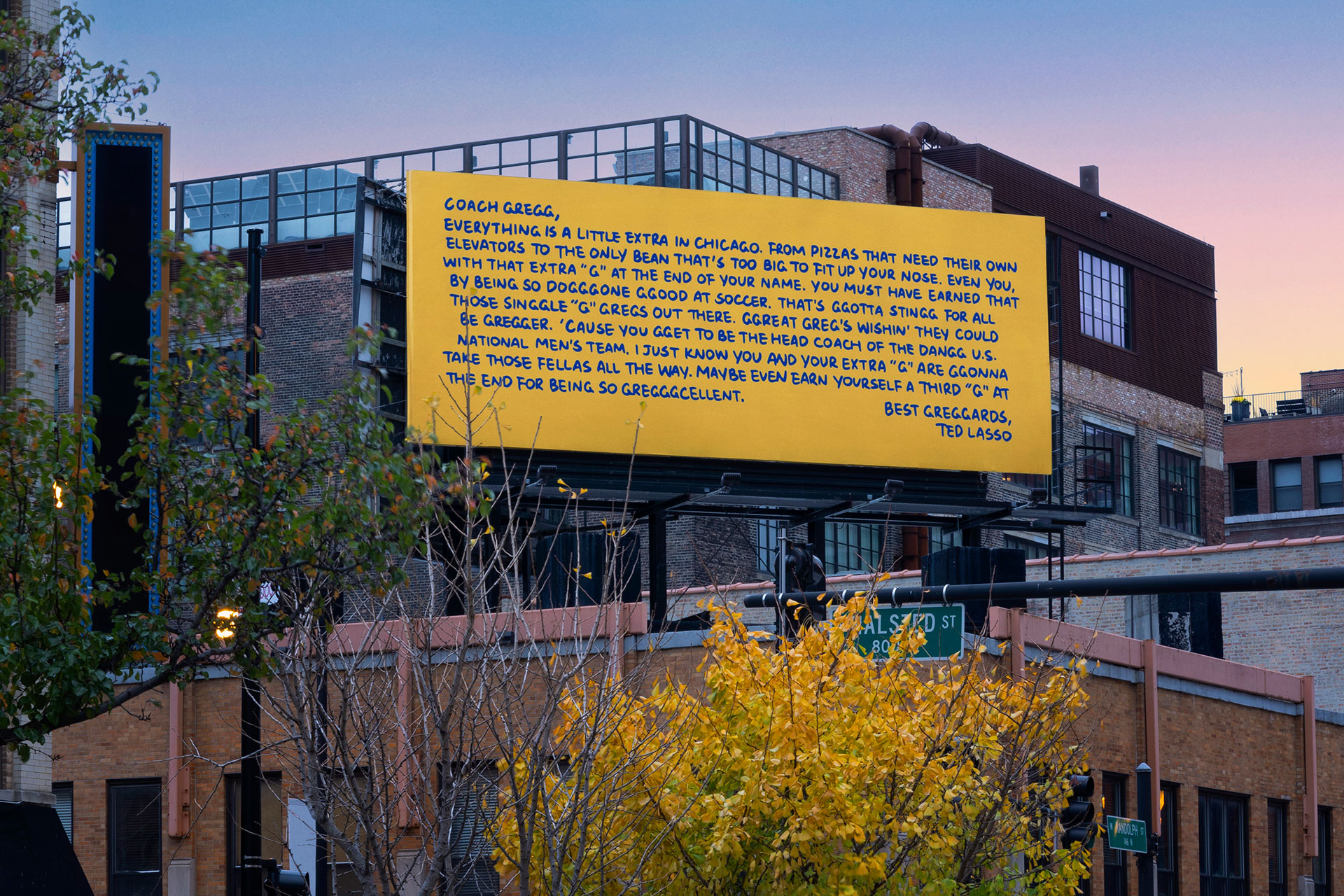 You can click on these thumnails to see larger versions of the photos, where you can read the copy a little better:

The personalized nature of the work, as well as the fun media placements—which include the side of a barn and one player's high school—have helped the ads circulate quickly in social media. The messages will also appear in newspapers and in posts by @tedlasso on Twitter.

See some snapshots of other executions below:

Some @timream5 love in StL from @TedLasso 🇺🇸

Another @TedLasso message in St. Louis 🫡