Sonic the Hedgehog Runs Amok for Netflix at NHL Arena 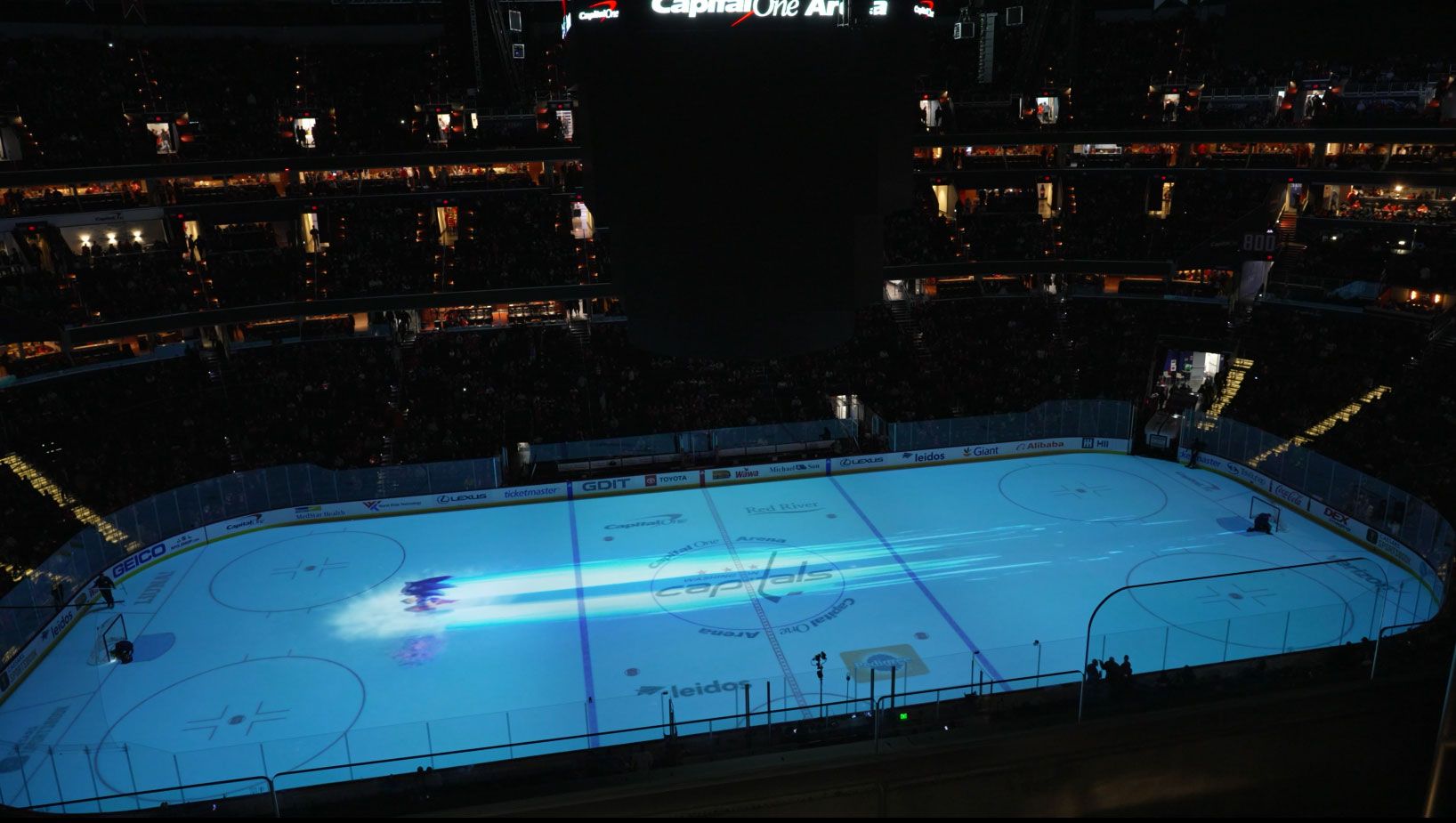 As if the NHL needed another adrenalized agent of chaos, Sonic the Hedgehog hit the ice for a frenzied 3-D takeover of D.C.'s Capital One Arena on Dec. 15 to promote Netflix's new Sonic Prime series.

The visiting Dallas Stars downed the Caps 2-1, but Sonic's patented brand of mayhem, engineered by Infillion, rocked the house with all manner of media-tatsic mayhem, as we see in the clip below:

Well, that was ... loud and overwhelming, in the best tradition of everyone's fave Erinaceinae-centric video game. (And no one lost any teeth!)

In Sonic Prime, the titular hero traverses a series of dimensions known as the "Shatterverse." So, the Infillion team believed shattering ice—digitally, on a brand scale—made sense for a promotion, per Michael Colella, SVP and executive producer at the branding company's creative studio. Indeed, the activation featured footage from the show, plus wrap-around effects designed to engage fans in the experience.

"Netflix wanted to make a big brand awareness splash with this debut, and they were drawn to the idea of hockey arenas because of the parallel between Sonic zooming around and the speed of hockey players on the ice," Colella says.

Staged during a two-minute intermission between the second and third periods, the effort resembles Chipotle's immersive icebreaker during last season's Stanley Cup quarterfinals. With Sonic, however, the vibrant visuals and audio assault were designed for the 20,000 attendees and subsequent social dissemination, sans real-time tie-ins with the game's telecast or livestream.

"The audience for Sonic Prime ranges from nostalgia-fueled millennials to video-game culture geeks and kids and their families who are just discovering Sonic for the first time," Colella says. "When you're looking to reach demographics that broad, going big like this, especially with memorable immersive visuals, can really get that brand awareness across—and it looks great on social media after the fact."

He adds: "Netflix is obviously best-in-class at creating content that has huge mainstream appeal, bucking a lot of conventional wisdom about the decline of 'watercooler' content. Just look at Stranger Things' ability to put a song from the '80s on the charts again, or Wednesday—the latest iteration of an entertainment franchise that dates back to the 1930s—going viral among Gen Z with a TikTok dance."

The Sonic initiative slots into Netflix's broader strategy, he says, with the character—a mainstay across gaming, video and merch since 1991—providing the chance for a pop-culture power-play too potent to ignore.