Chipotle Smashed Through the Ice in a Stanley Cup Quarterfinal 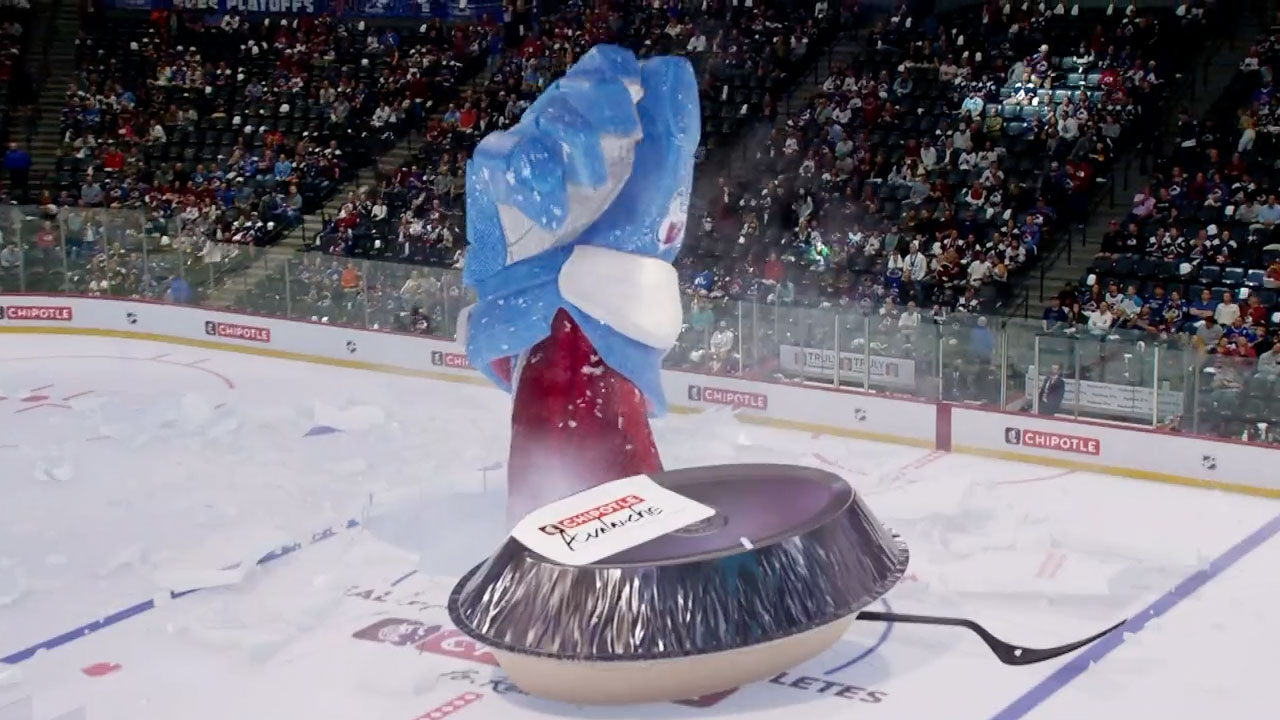 Remember when players fighting and fans leaping onto the ice were the most disruptive stuff you'd see at NHL games? Well, that ain't nothin' compared to a stunt Chipotle unleashed on May 19 during TNT's broadcast of a Stanley Cup quarterfinal game between the Colorado Avalanche and St. Louis Blues.

When the network seemingly returned from commercials to start the third period, a branded Zamboni drove a humongous burrito bowl and fork out to center ice.

... when a ginormous gloved hand smashed through the frozen surface, grabbed the bowl, vanished, and then popped back to nab the fork.

Of course, it was all an ad, lasting 45 seconds and devised by Venables Bell + Partners in collaboration with The Famous Group, with a CGI overlay transforming the rink for TNT viewers.

"This technology created the illusion that the event was happening in real-time out on the ice," VP+B creative director Greg Coffin tells Muse.

The spot, also screened in-game on the Enterprise Center Jumbotron, is visually impressive and goofy in a really good way. Its canny fusion of content and commerce calls to mind Tide's 2017 Super Bowl extravaganza in which a mysterious stain on announcer Terry Bradshaw's shirt led to a comical brand adventure.

It's also reminiscent of a visually stunning 2018 stunt by PlayStation and BBH, which turned the Golden State Warriors' court into a God of War simulation at halftime, using projection mapping.

"Experiences like this are a new way for brands to engage with their audience," says Coffin, offering mass reach, unlike VR, which remains somewhat limited because it relies on headsets for engagement. "Mixed reality is definitely in its infancy, and I think we'll see more and more brands leveraging the technology in the future. This is another tool for brand storytelling in a live context, making it different and exciting. As the technology evolves, these experiences will only become more immersive."