'Storm the Court' ... with your dad shoes

There's something to be said about the timeless style of fathers. Stereotyped for stodginess, cringey jokes and horrifying dances, the tribe of fathers nonetheless possesses a strange confidence and an aesthetic all its own.

It is hard to describe. But you know it when you see it.

These are the things we contemplated upon watching "Storm the Court," the new ad for Reebok by Venables Bell & Partners. The mood is difficult to identify for seconds that ache. Then it happens—a shadow of daddishness, cleverly camouflaged.

This is more like a summoning of awkwardness—with the girl who interrupts the basketball game and suddenly spreads a contagion of concentric, cringey dancing, a ritual possession whose power apparently stems from her chunky egg-white shoes.

The press release slyly claims this is the stuff of '90s nostalgia and "defying convention," but we know what we're really looking at. The Aztrek Double is a dad shoe, a trend ripped out of our fathers' everyday-wear shelves and made cool by the likes of Gigi Hadid, Kim Kardashian and Alexa Chung early last year.

Such shoes are easy to identify: Often you've got fat soles, a discomfiting selection of colors, and a design that feels busier than necessary. They are prized for being "comfortable"—a laughable notion before we hit the point when we realize that, yes, actually, that's important.

Gigi Hadid helped launch the Aztrek Doubles, along with an accompanying clothing line, last month. In an interview with Footwear News, she says, the Aztrek Double "is a shoe that is in style right now — the dad shoe. But a lot of people are buying thousand-dollar dad shoes and can't actually go to the gym in them. I'm making the dad shoe that can actually support your foot, and you can play anything in it."

Or creepily dance in it. "Sport the Unexpected," which launched Monday, builds on all this dad-shoe branding but inches unsubtly away from that clunky appellation. 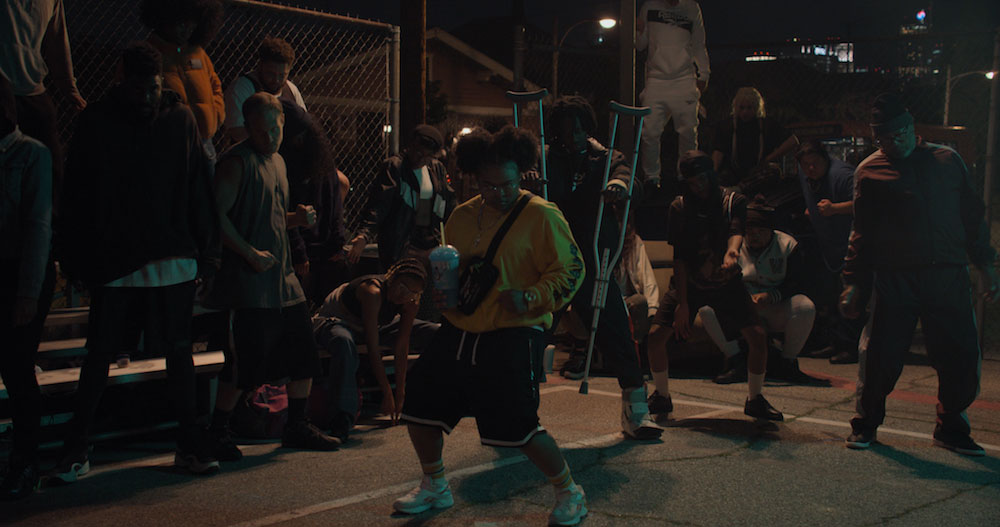 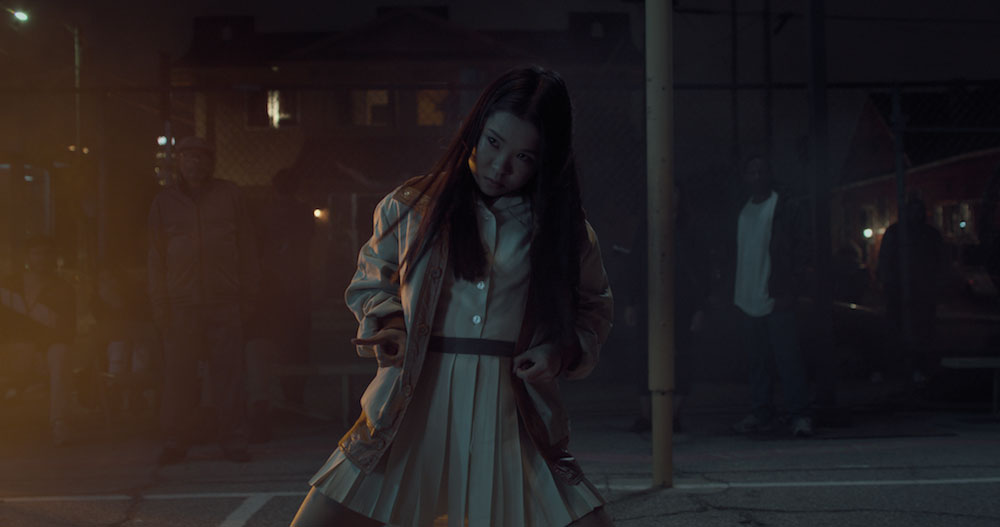 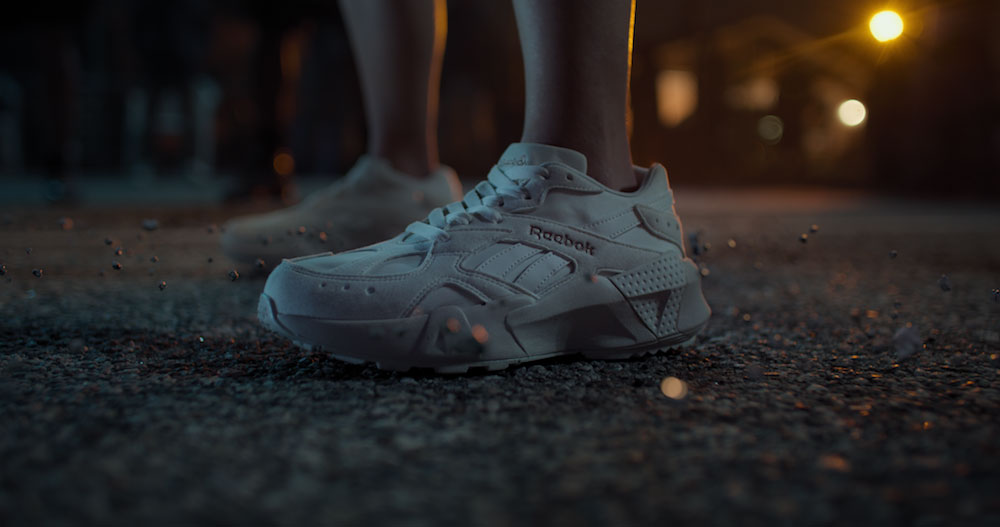 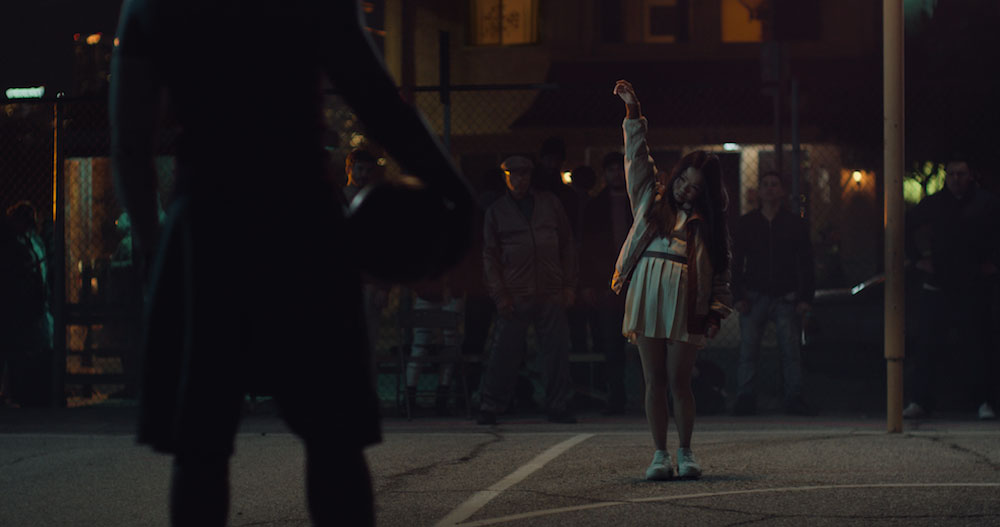 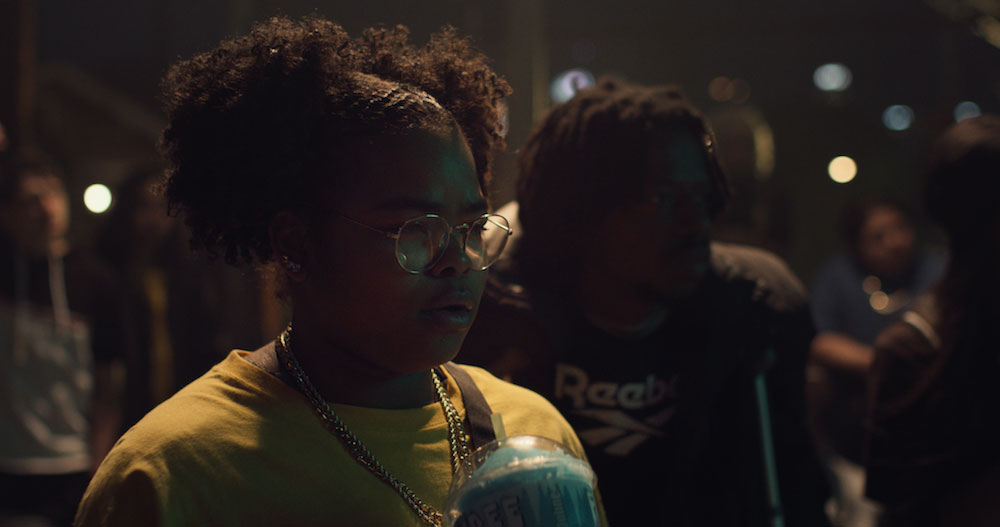 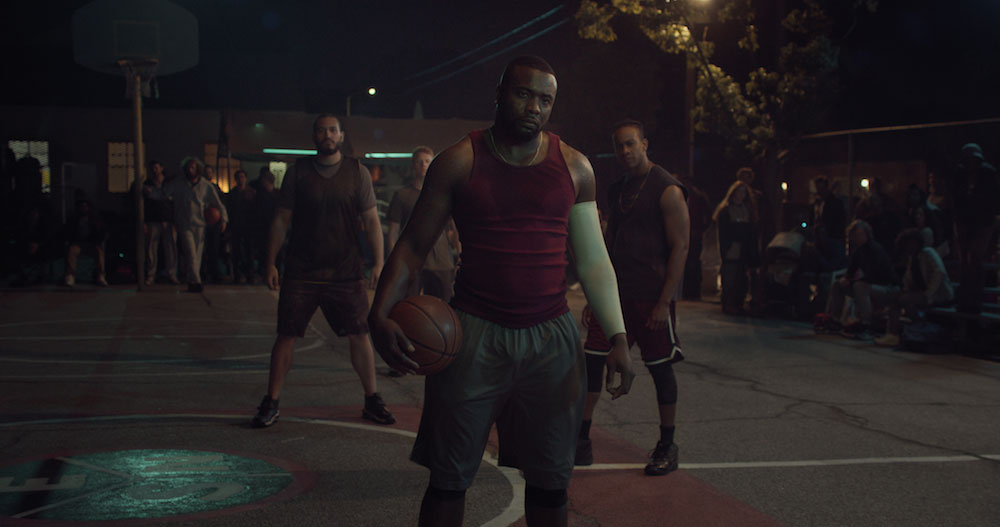 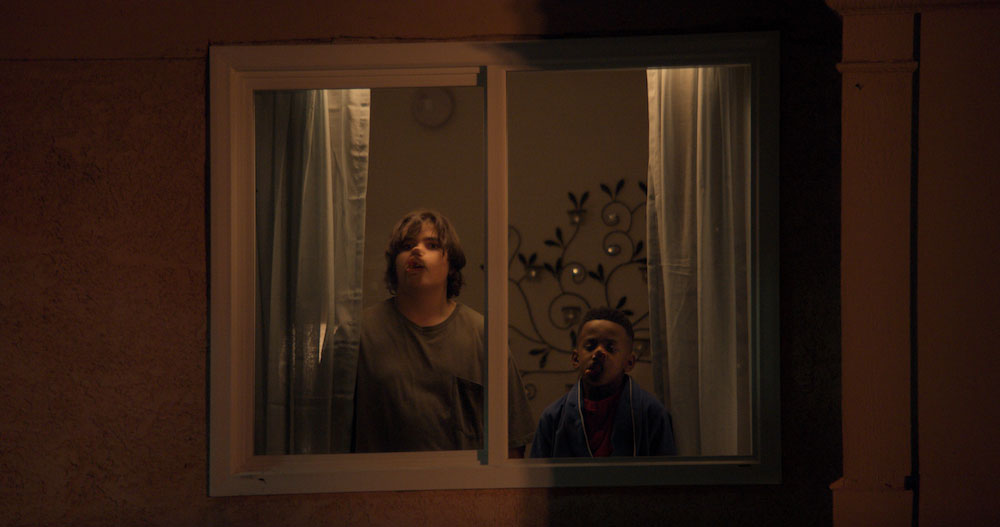 "With this campaign, we're showing another side of Reebok, a side the consumer hasn't seen in quite some time," says Melanie Boulden, Reebok's global head of marketing and brand management. Boulden arrived at Reebok in April 2018—prime time of the appropriated dad-shoe trend—and this brand campaign is the first in her new role.

"These are young people who love to be active, love to be stylish. They want to mix it up and call their own shots. They want to do—and wear—what's unexpected. And most importantly, they want to be entertained—and this campaign certainly delivers on that."

That's a pretty long way of saying, "We the people are leaning into the ugly but undeniable comfort of dad shoes," but we're excellent readers of subtext.

"Storm the Court" isn't so much nostalgic as it is a weird parody, playing on the sleeping tropes that live inside us. Films about demonic possession come to mind when that little girl appears, creepy and lone and infecting everyone with eye contact. When asphalt slowly rises away from her sliding shoe in slow-mo, we're reminded of the meditative movements of kung-fu, à la Wu-Tang.

But it's when she kicks off her dance, and infects the basketball player with it, that it all clicks into place: That's a dad dance. The entire court is infected with dad dances!

"Reebok has been its most successful when we've been bold and provocative—when we've had a strong perspective on culture and embraced being daring and different," says Boulden. "If you look at the marketing coming from our industry over the years, it looks similar. With this campaign, we're breaking convention and offering an alternative point of view on sport and life. We want consumers to know there is an alternative in the category. We want them to be proud to sport the unexpected."

So put those dad shoes on without shame. 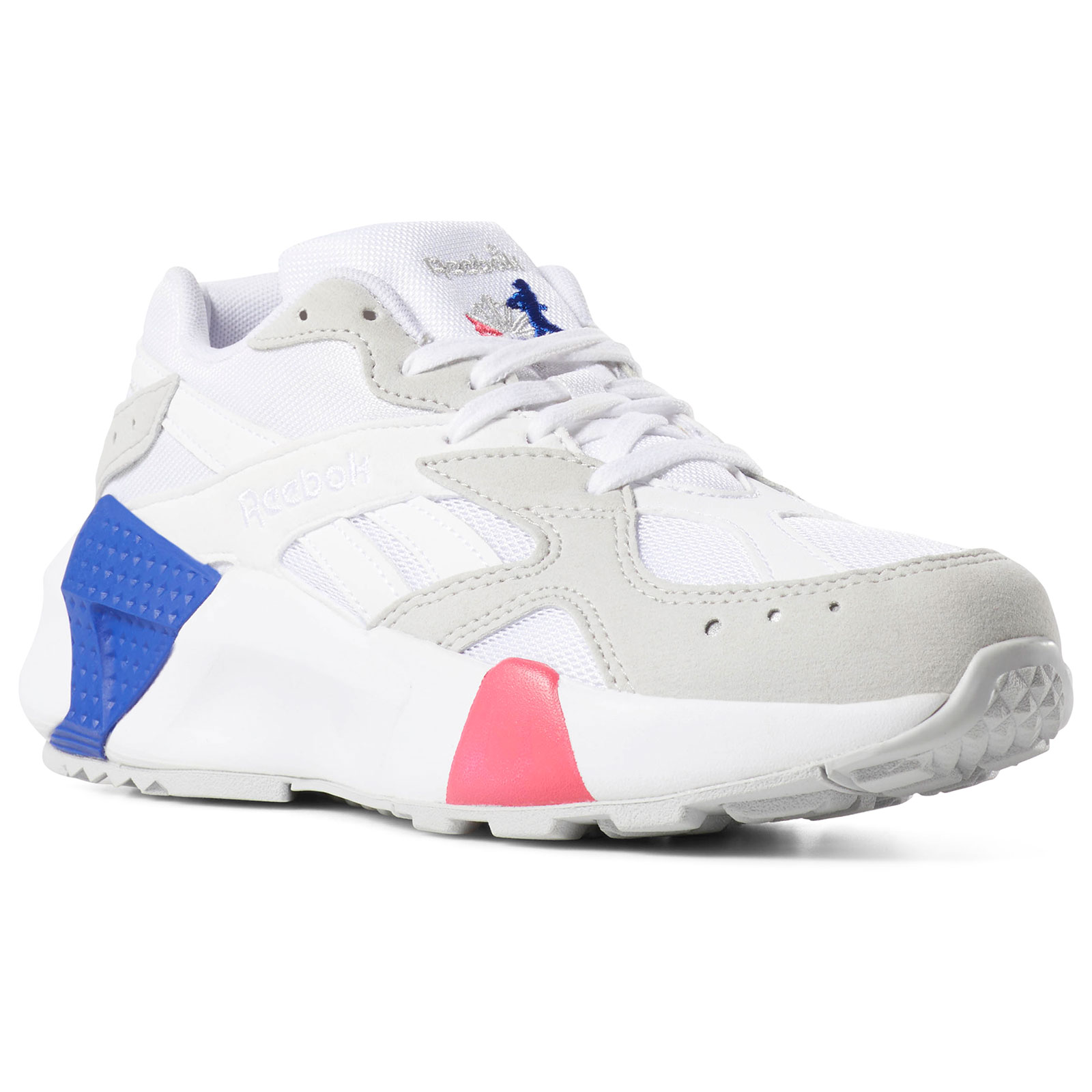 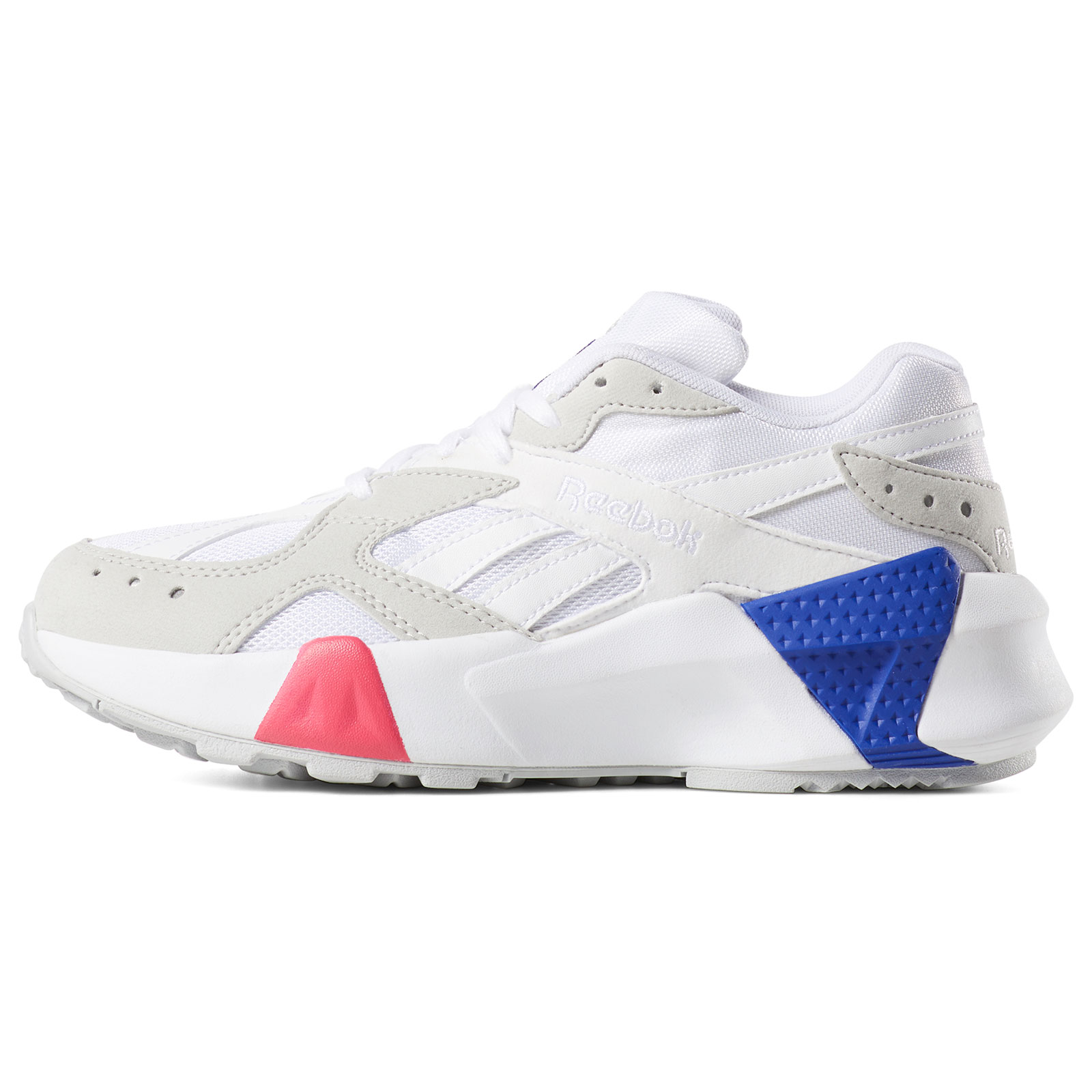 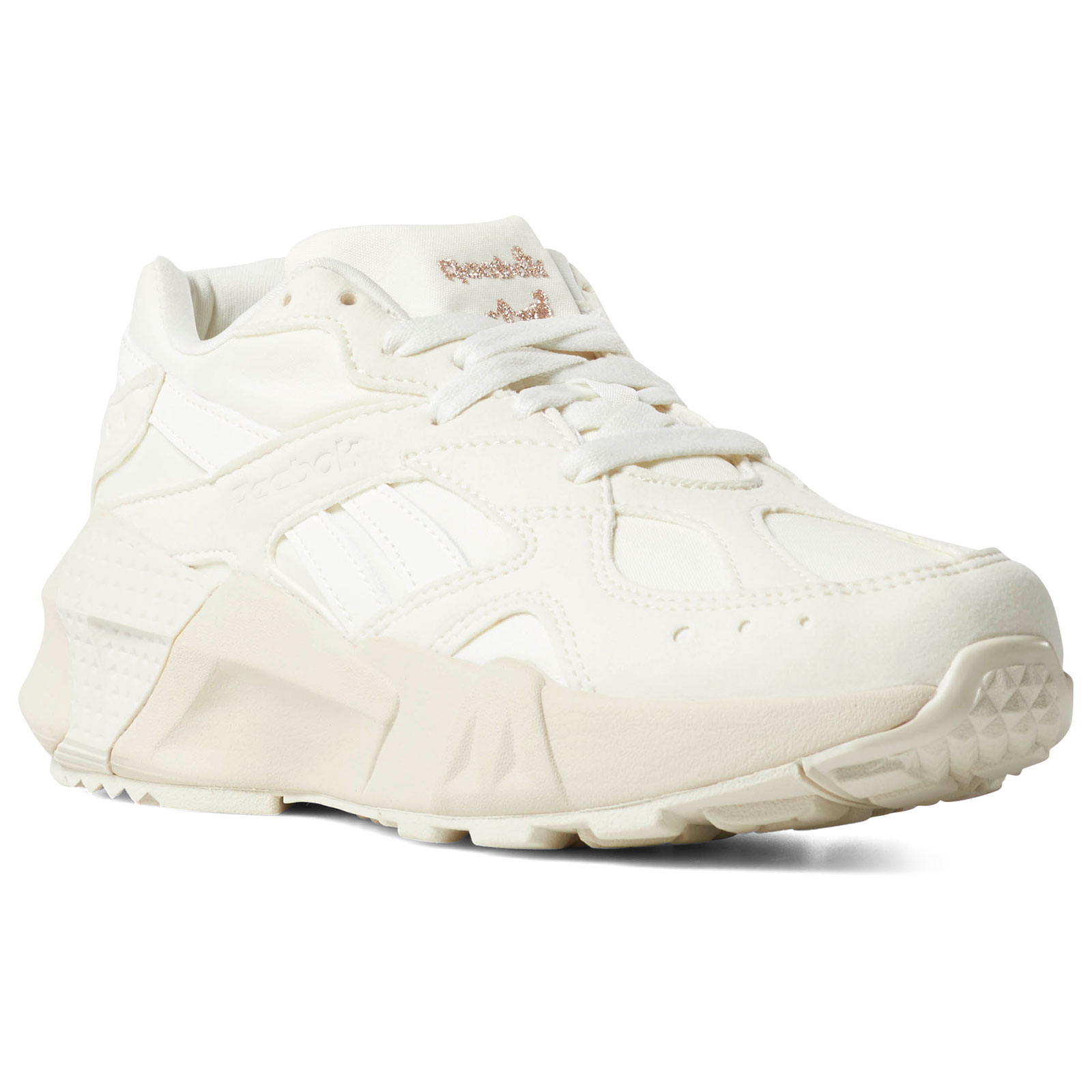 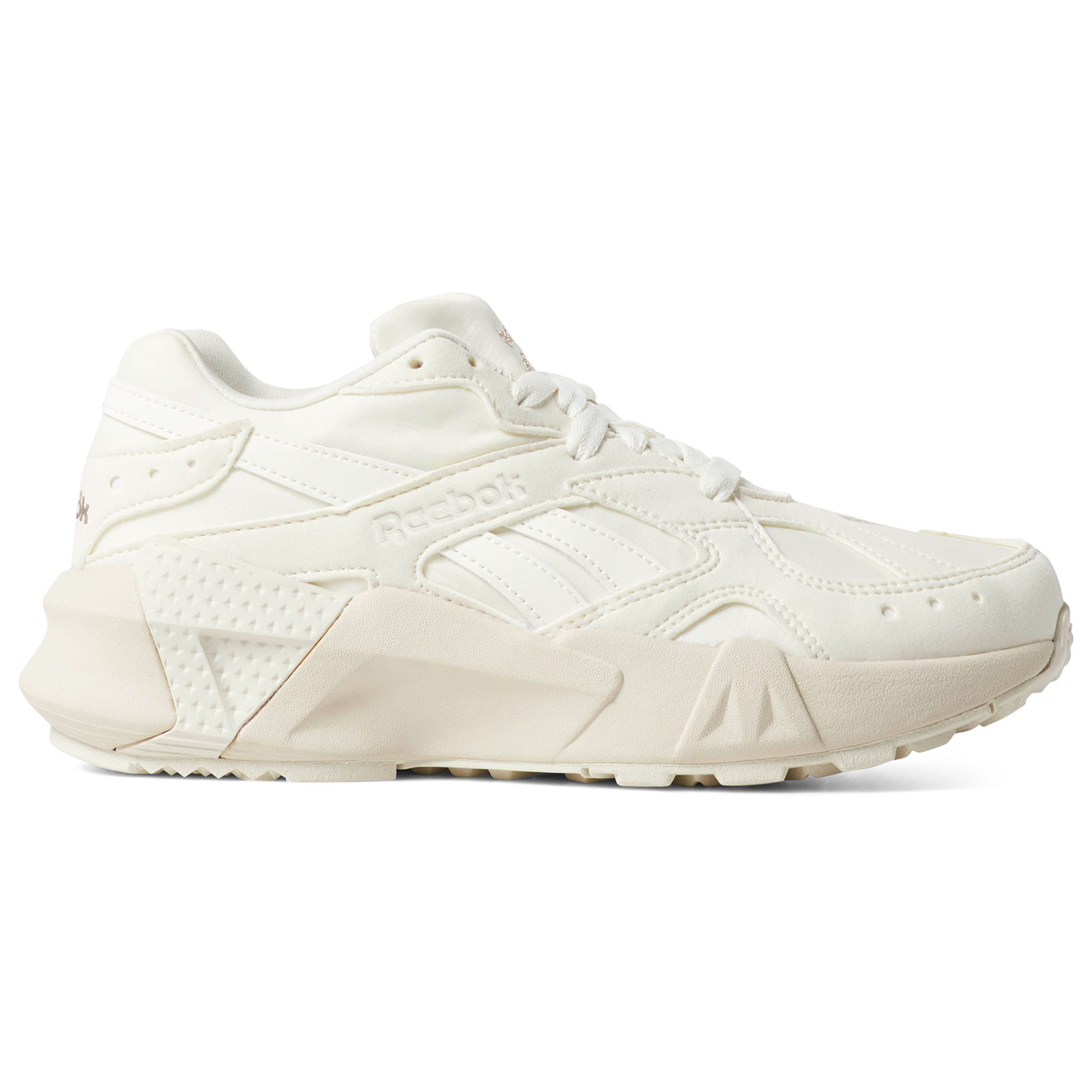 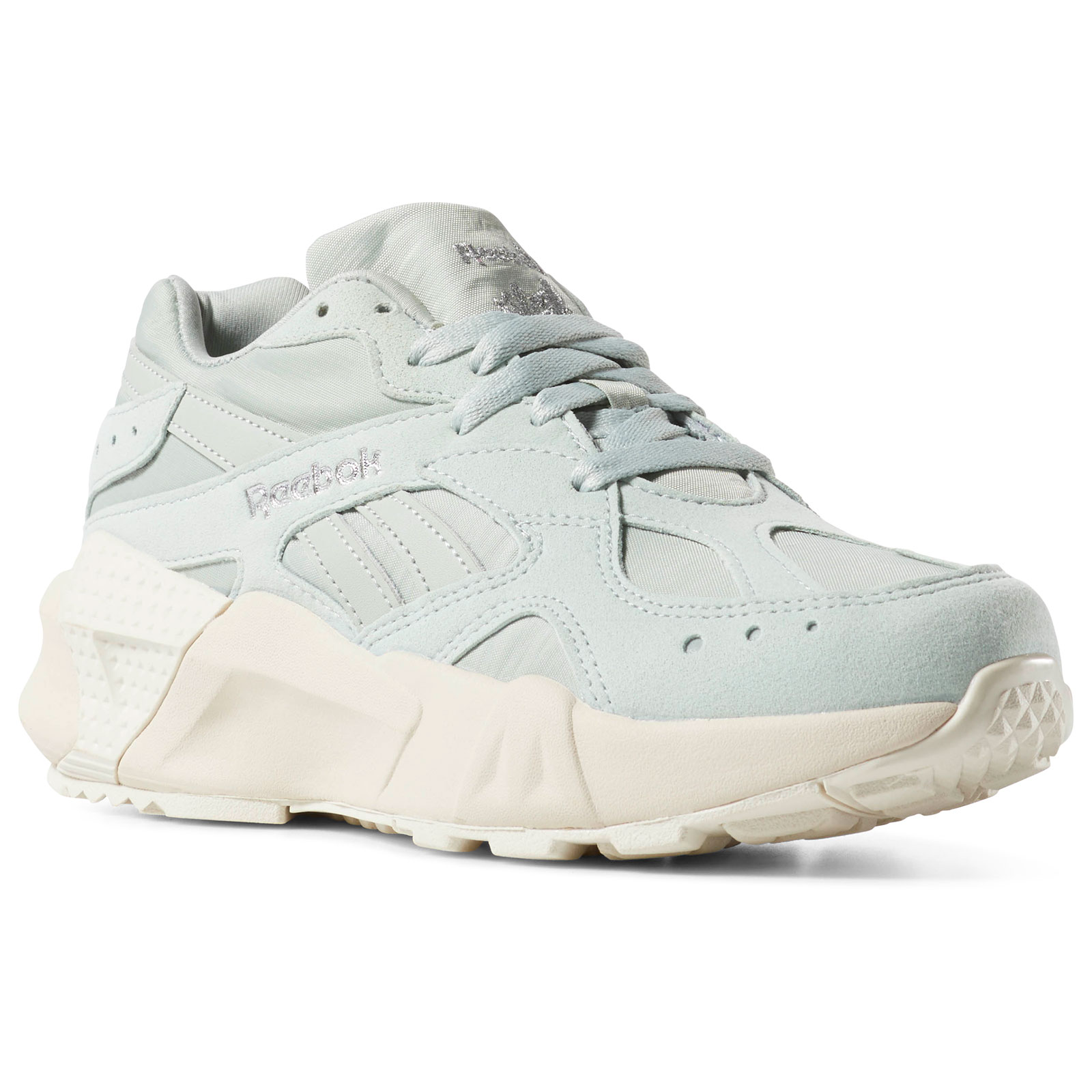 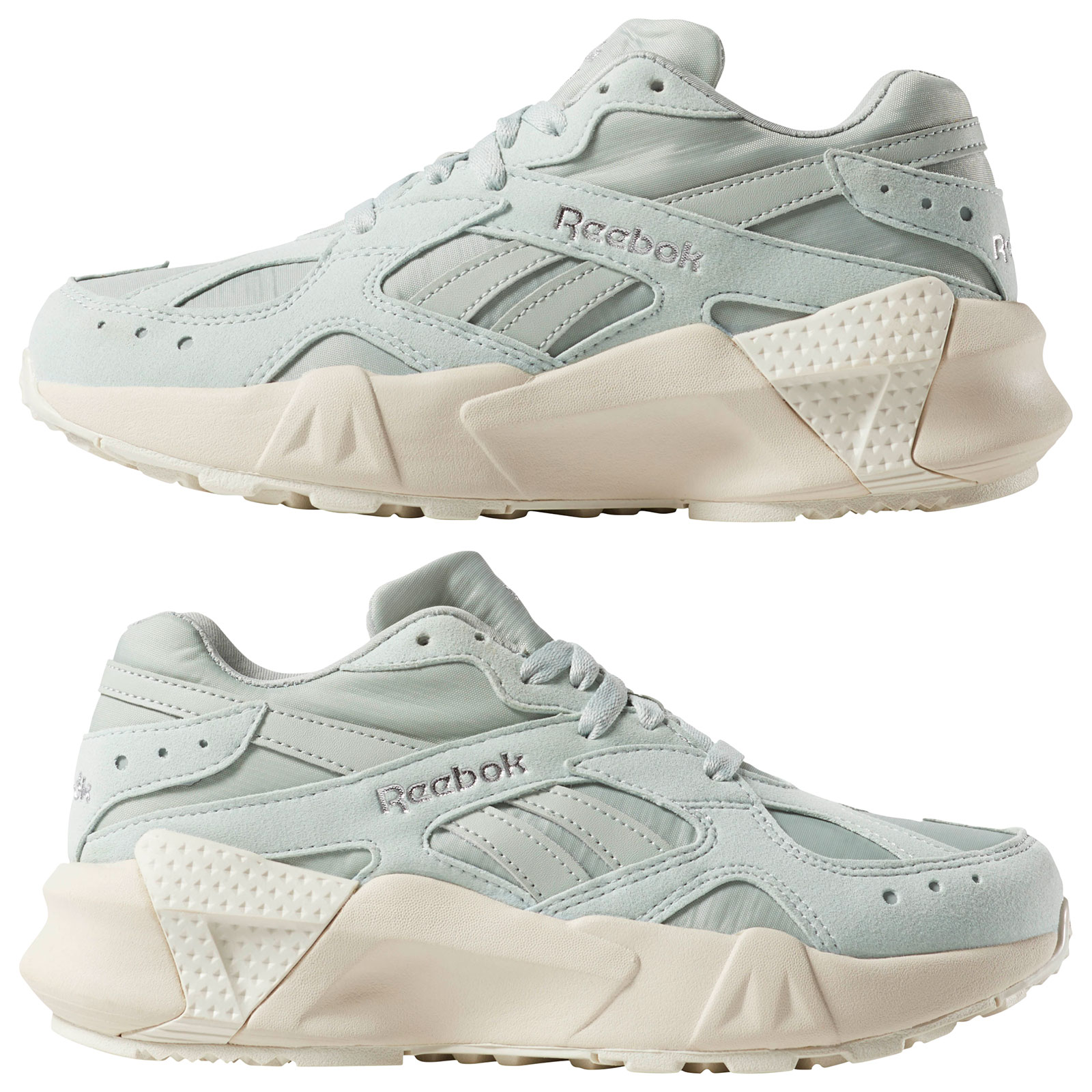 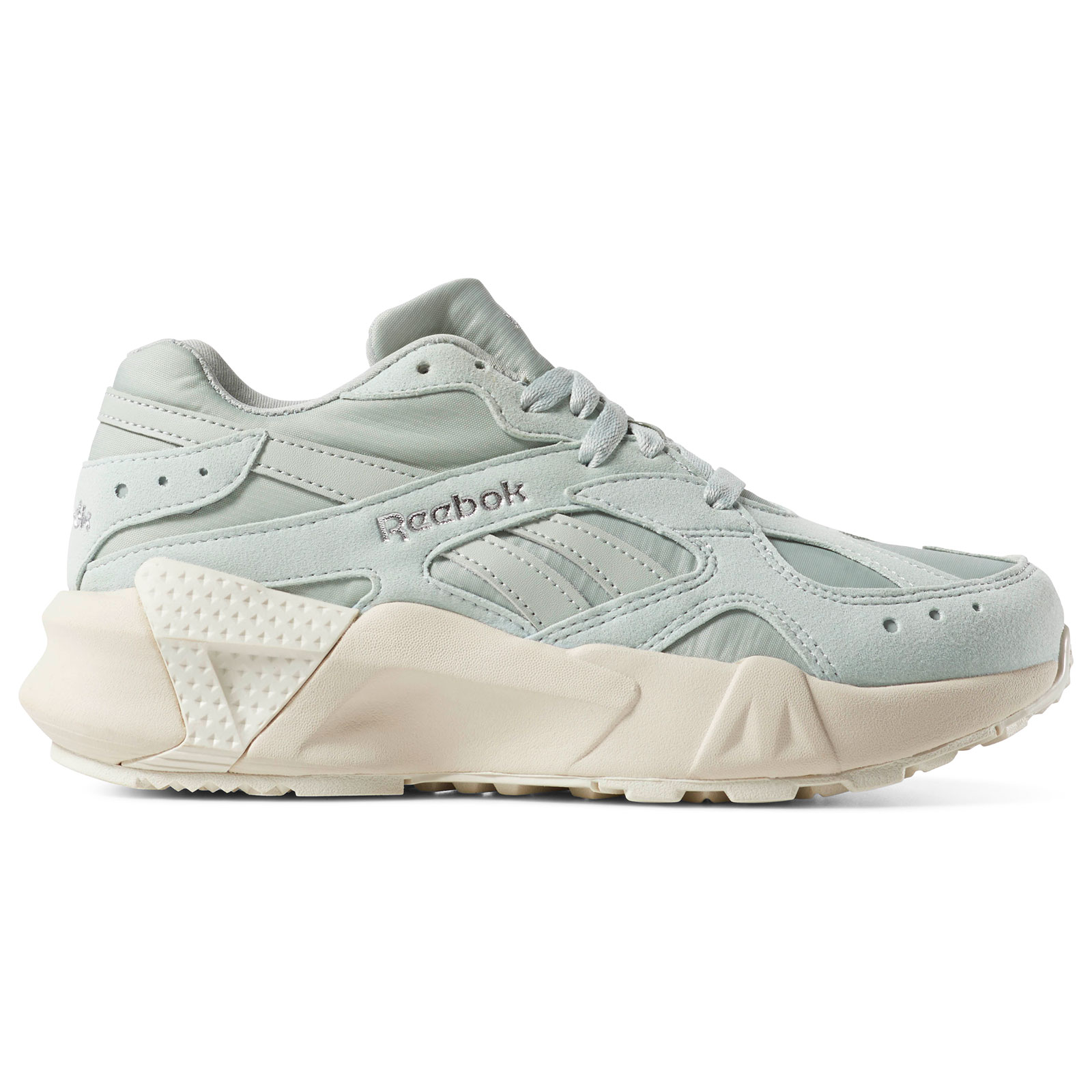 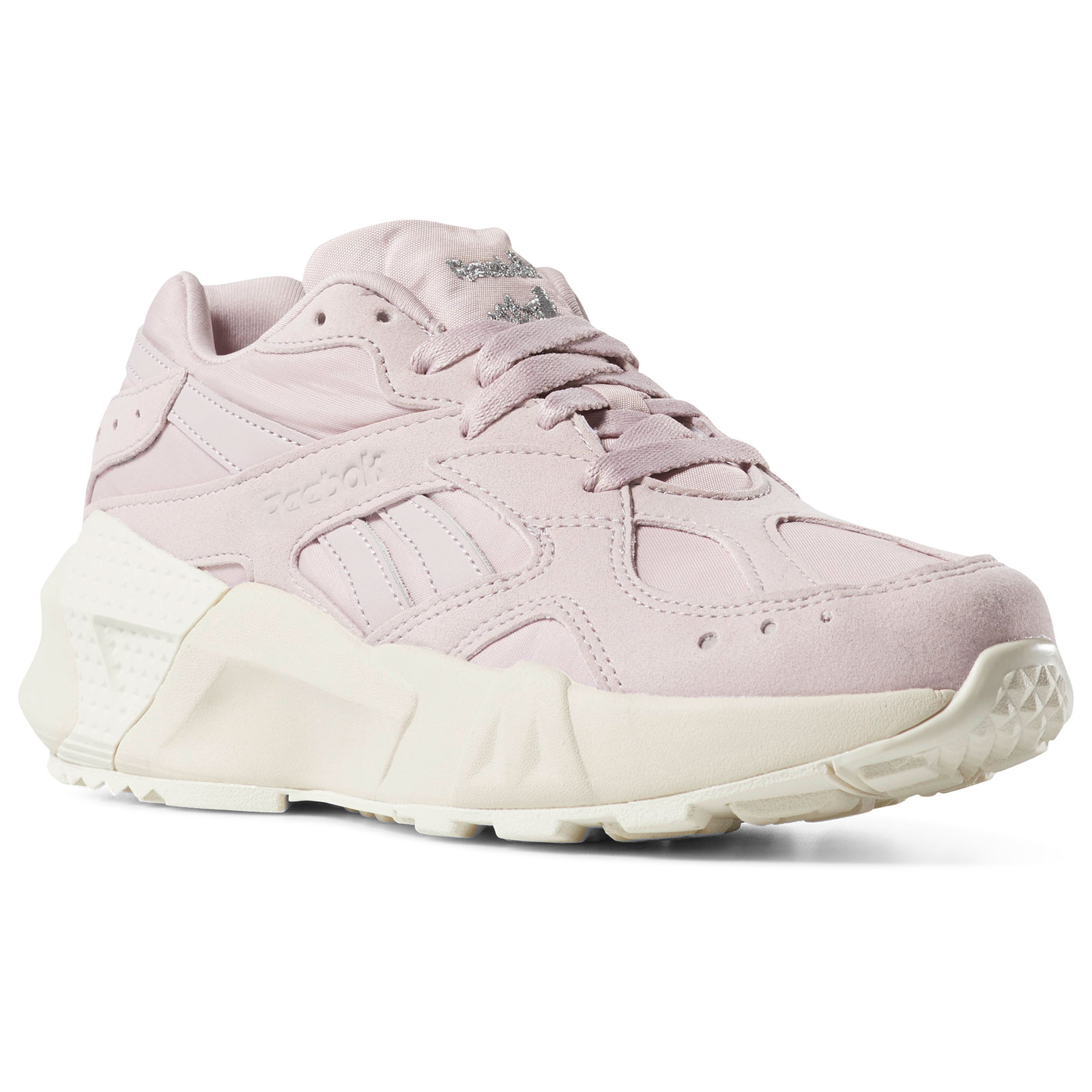 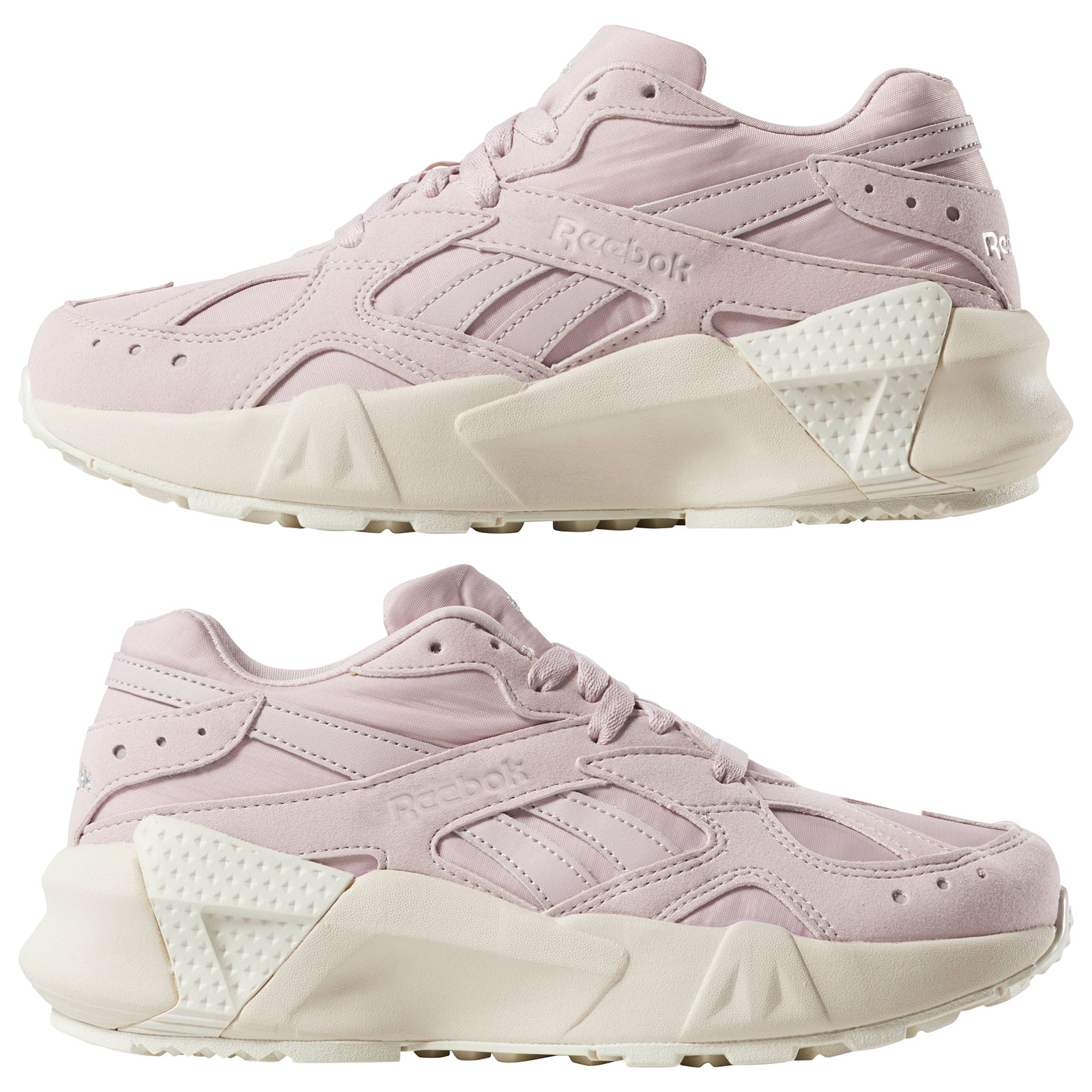 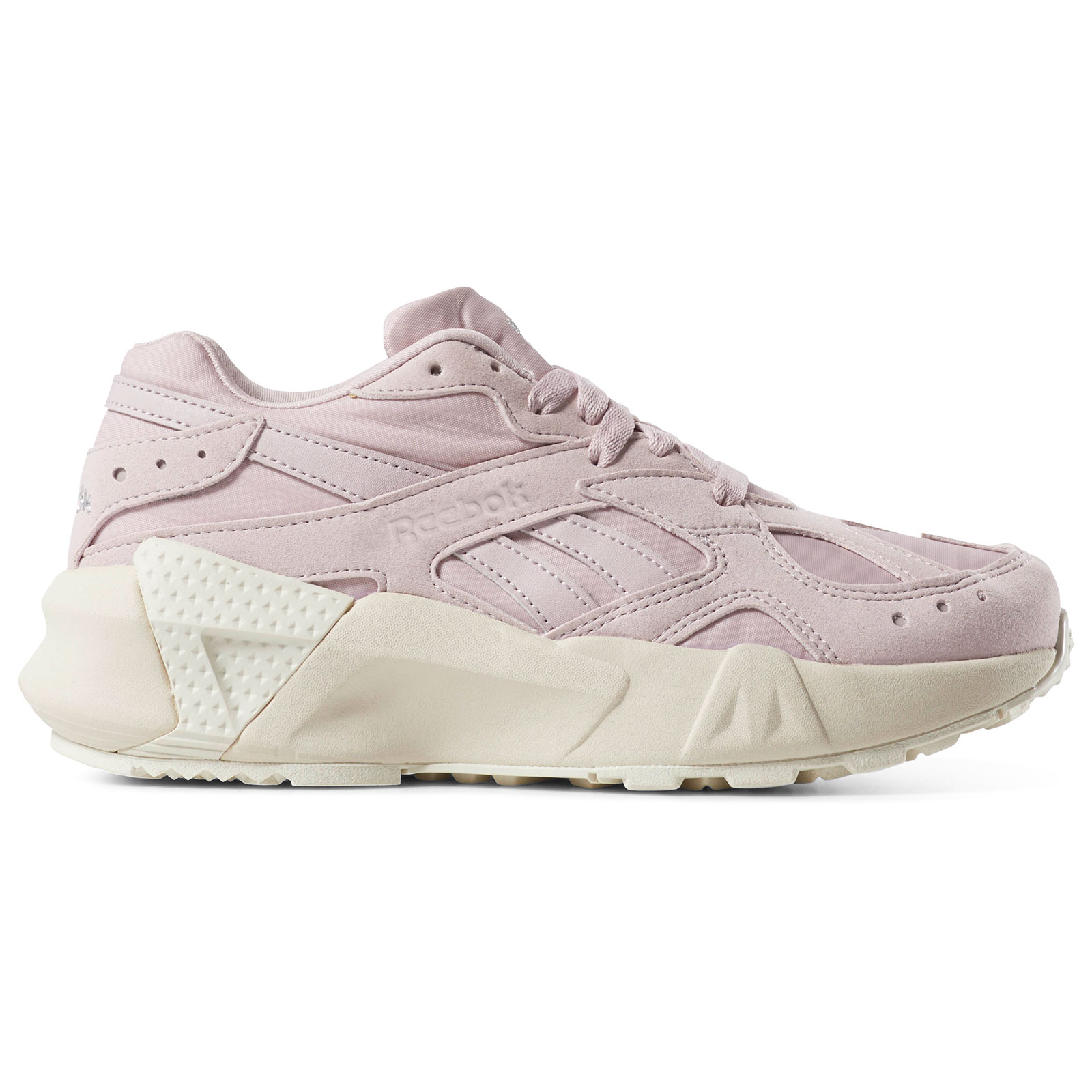 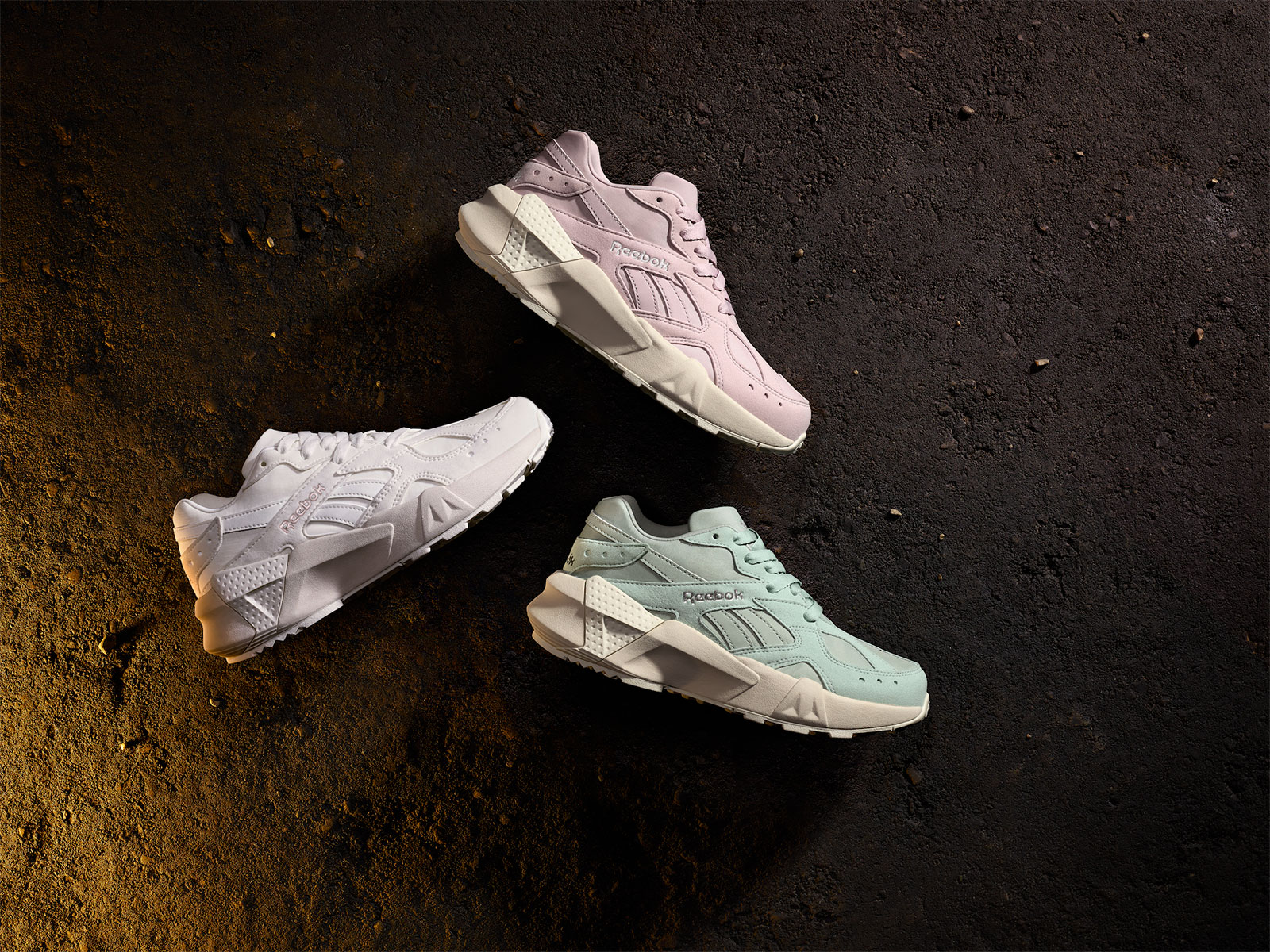 "Sport the Unexpected" will feature three video executions. Following this one, Reebok will introduce a time-traveling film called "Back Where We Started," which will feature another classic model, the Club C (incidentally also a dad shoe, but we love dads, so that's OK). Brand ambassadors Cardi B and Future will produce supporting work alongside the launch of two new Aztrek colorways.