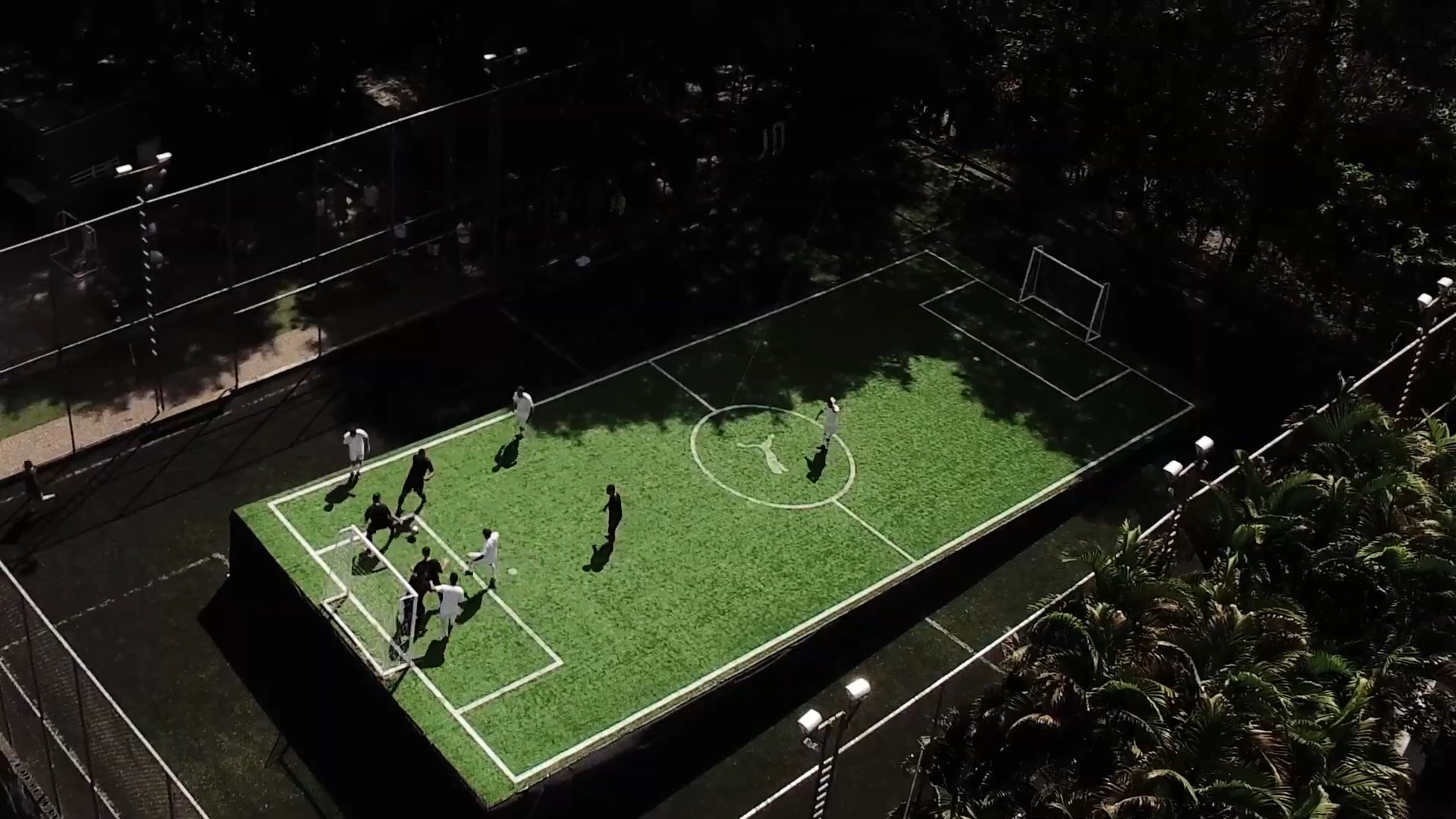 For example, just 1 percent of pro soccer revenue in Brazil supports female players. To illustrate this unlevel playing field—and elevate the public consciousness—Puma built a special pitch in São Paulo. Inclined at 4.5 degrees, it rises on one end to 2.2 meters—over 7 feet—above the ground.

Trying to dribble, pass and score on this outsized metaphor proves challenging, to say the least, for amateur male athletes in the video below:

At one point, Tamires Dias, left back of Brazil's national women's team, takes part in the action, wryly noting, "I think now they know how we feel, right?"

" 'It's normal for them to earn less.' 'A woman's place is not on the football field.' In Brazil, it's still common to hear these kinds of comments," says Marcelo Ribeiro, creative director at BECT Havas, which staged the "The Unlevel Playing Field" for five days on the busy Avenida Marginal Pinheiros.

Such thinking hinders women from earning a living by playing the sport they love. "It's like they play uphill compared to the structure that exists for men,' Ribeiro says.

So, the BECT designed a sloped structure "that was possible to play on, while still showing the difficulty women face with less investment," adds associate creative director Victor Castelo. Puma and its influencers shared the results across social, generating considerable media coverage.

We've seen similar plays during the past year, particularly in the U.S., during the celebration of Title IX's 50th anniversary of remaking the sports landscape for women and girls. AT&T, Buick, Degree and Pure Leaf have launched initiatives. Michelob Ultra pledged $100 million in media time to help close the gender gap. And Cracker Jack reimagined its iconic mascot as "Cracker Jill" in a headline-grabbing line extension that supports the non-profit Women's Sports Foundation.