NBA's Return Is a Dream in ESPN's Fantastical New Campaign 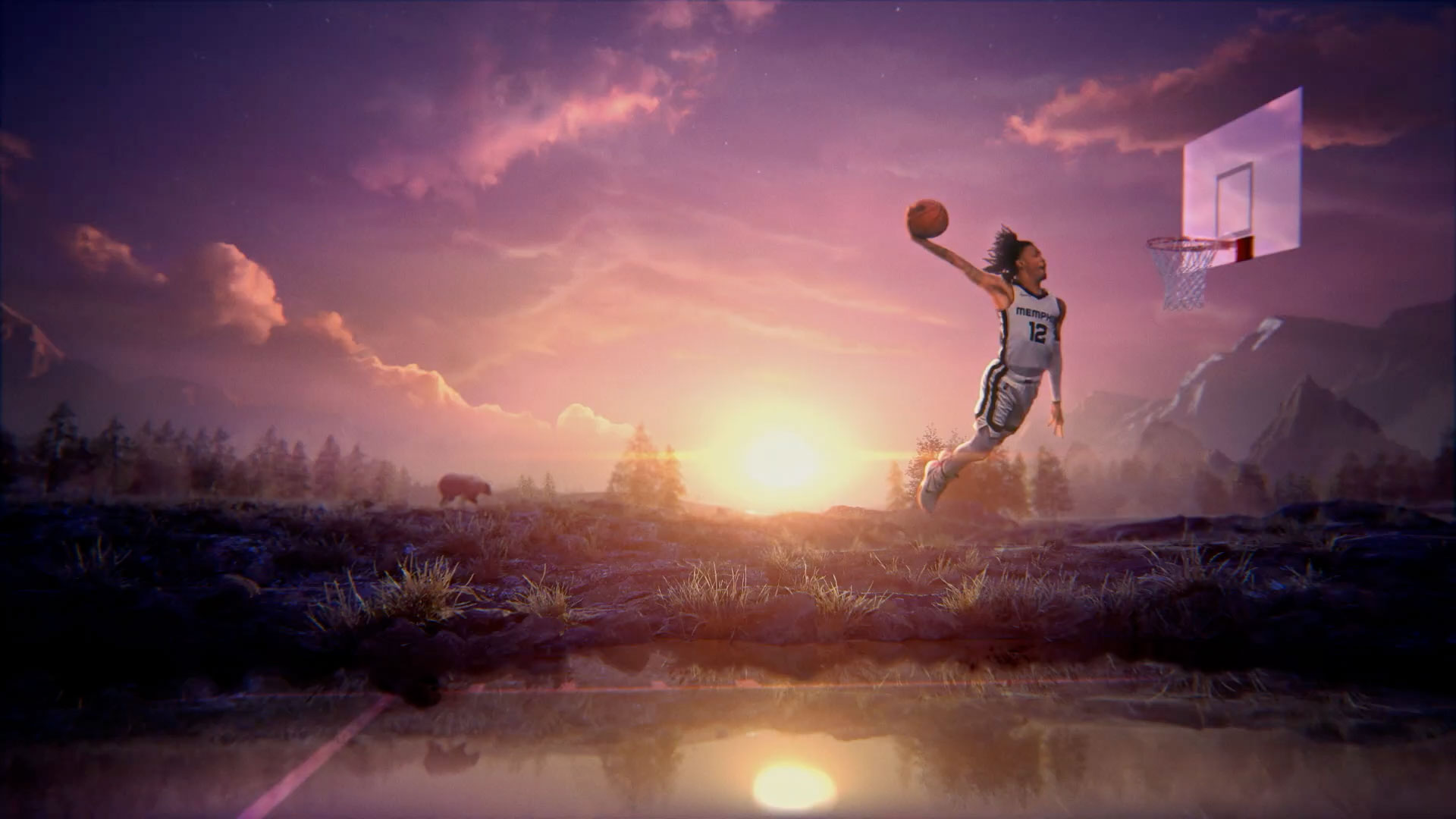 Though something of a change of pace for the cable network, plugging into the world of video games fits the mold of recent campaigns from the NBA and its partners. Such efforts frequently tout the league's rich history, casting players—and the game itself—as cultural drivers transcending on-court heroics.

This new work, dubbed "It's a Beautiful Time for Basketball," follows suit, adding surreal 3-D animation to drive a narrative that fuses the virtual realm with IRL sports:

Here's your roster for the commercial:

"We want to celebrate the veterans and rookies that make up the NBA today while appreciating the time of greatness in which we find ourselves," A&L creative director Andrew Kong tells Muse. "Using footage of legends like Bird, Jordan and Kobe felt like a great way to honor their contributions and compare the game today with the beauty of years' past."

"Once we picked the players, we built a custom dreamscape around each one, and peppered in easter eggs that nod to each player's story and team," adds agency ACD Brett Simone. For example, Curry isn't playing in a Yes album cover, but a stylized version of San Francisco. (The Golden Gate Bridge is right there! Squint, people!)

"We want this work to excite all types of NBA fans by celebrating a rare time in league history—one sparked with new debates, new star power and new stories," says A&L strategist Millie Tunnell. "We wanted to embrace this pivotal moment of change and bring our storytelling to life in a new way, with visually and emotionally, that matches what the league and the fans are experiencing."

Two more spots are on tap as ESPN prepares for the NBA's 76th season, which begins Oct. 18.