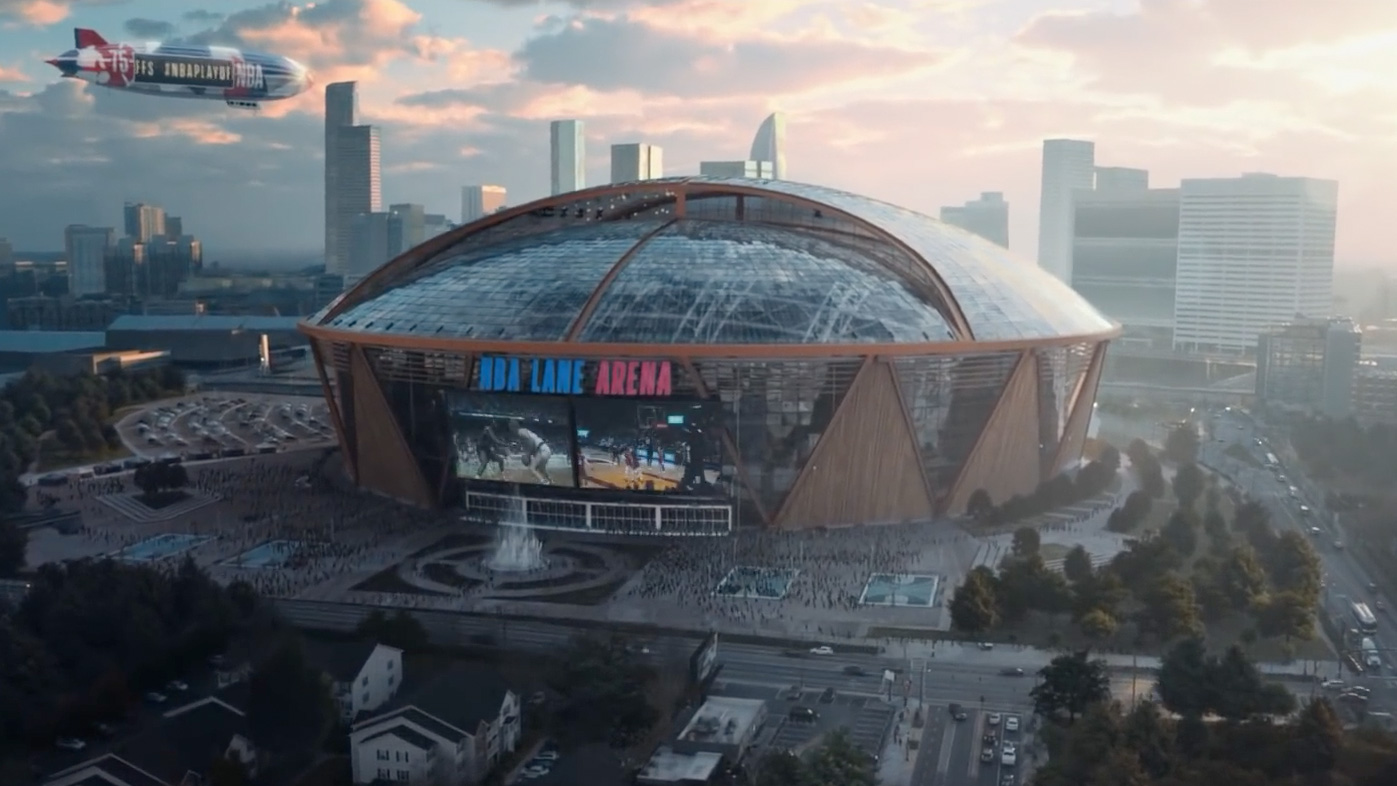 Here's a championship drive, three-quarters of a century in the making.

But first, some background. Last fall, Michael B. Jordan steered a bus down "NBA Lane," that fantastical street where current stars and all-time legends hang out, to help the league celebrate its 75th anniversary.

Translation created the campaign, following up with a wacky "family gathering" (of sports and Hollywood luminaries) for the holidays.

Now, the bus hits the highway in epic style, en route to the NBA Playoffs, which start on April 16. Mike B.'s not behind the wheel, but sundry All-Stars, Hall of Famers, broadcasters and famous fans appear. In a dope touch, the banners of every championship team in league history decorate the rafters of "NBA Lane Arena."

"'NBA Lane' was created to connect with both casual and core fans," says league CMO Kate Jhaveri. "The campaign taps into our favorite memories to evoke nostalgia, while also creating anticipation for the future of the game by celebrating rising stars."

Blink-and-you'll-miss-'em Easter eggs abound. They range from Stiller's take on LeBron James' chalk-toss to a shot clock displaying clutch "moments" of yesteryear. Fortnite avatars Fishstick and Peely show up, too. And there's a broom-wielding Hakeem Olajuwon bobblehead, nodding to Houston's sweep of Orlando in the '95 NBA Finals.

The spot "tips off the final chapter of our 75th anniversary season and fittingly takes place in and around an arena," Jhaveri says. "We sought to showcase the physical representation of basketball culture. The film features six NBA all-stars and more than 20 NBA legends, broadcasters, celebrities and notable faces—with the constant thread among all being their love of the game."