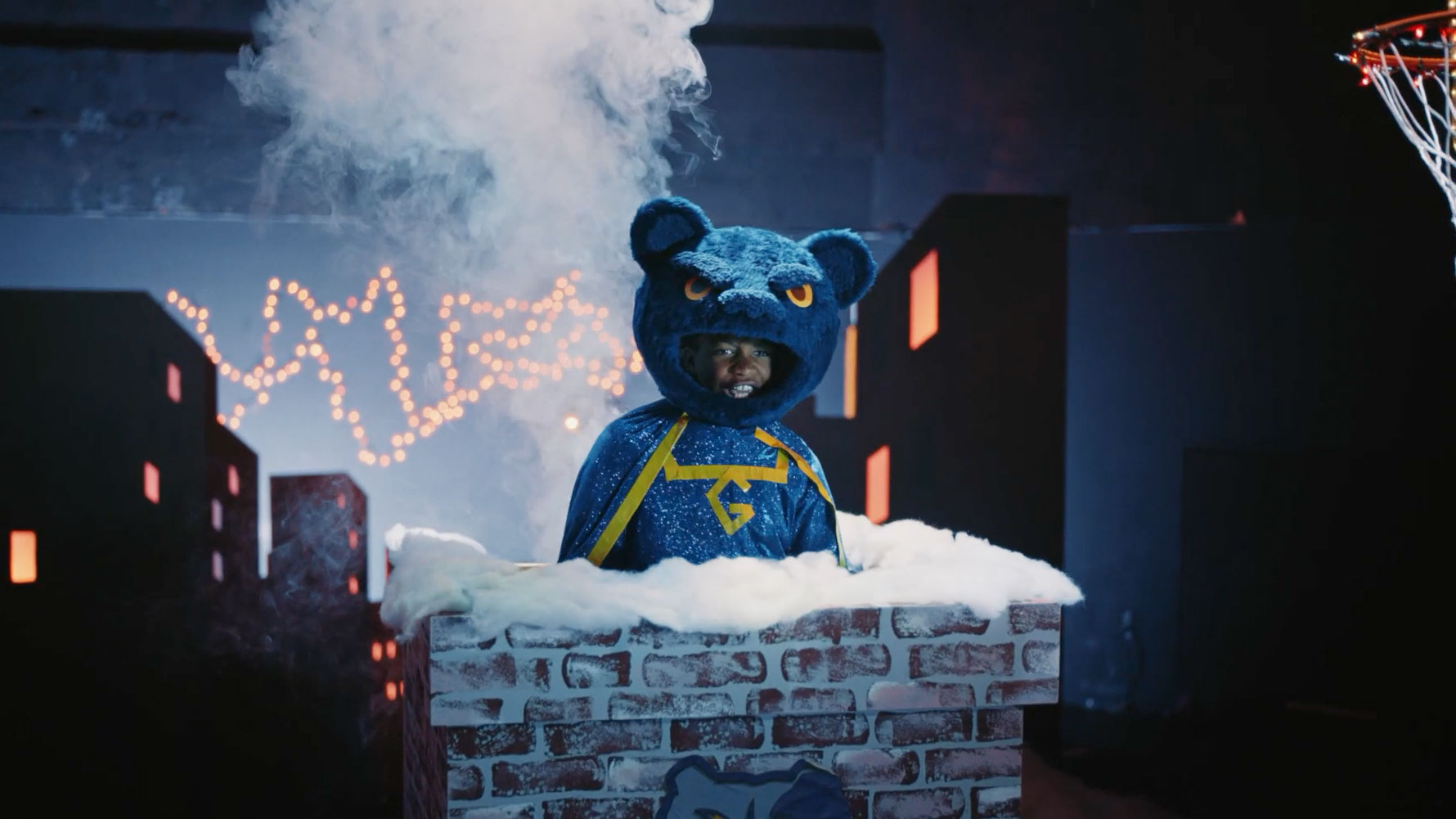 Nothing says big-time holiday hoops like a school play featuring "Non-Stop," a zealous geek billed as the NBA's biggest fan. In October, actor Keyon Bowman first appeared as the character for the league's 2022-23 tip-off spot. Today, he returns in holiday promos from agency Translation, rhyming about the Christmas Day slate of games across ABC and ESPN.

The work takes the form of an elaborately goofy yuletide pageant, with appearances by ballers Devin Booker, Julius Erving and Ray Allen, plus rapper Action Bronson and influencer Brittney Elena.

The pitch spoofs Clement Clarke Moore's " 'Twas the Night Before Christmas," spinning the festive poem from 1823 into a hip-hop-style ode crammed with cheeky references to the five contests airing on Dec. 25.

"These guys aren't hanging lights, they're hanging from the rim," Keyon says at one point. "Breaking records, not wishbones—now that is Christmas Day in the NBA."

Various edits for TV and digital tweak the emphasis and highlight specific games, boasting lines about "10 teams going mistletoe to toe" and "Shaking it up like snow globe! Lighting up your feed like a Christmas tree!"