Michelob Ultra Pits John McEnroe Against Virtual Avatars of Himself 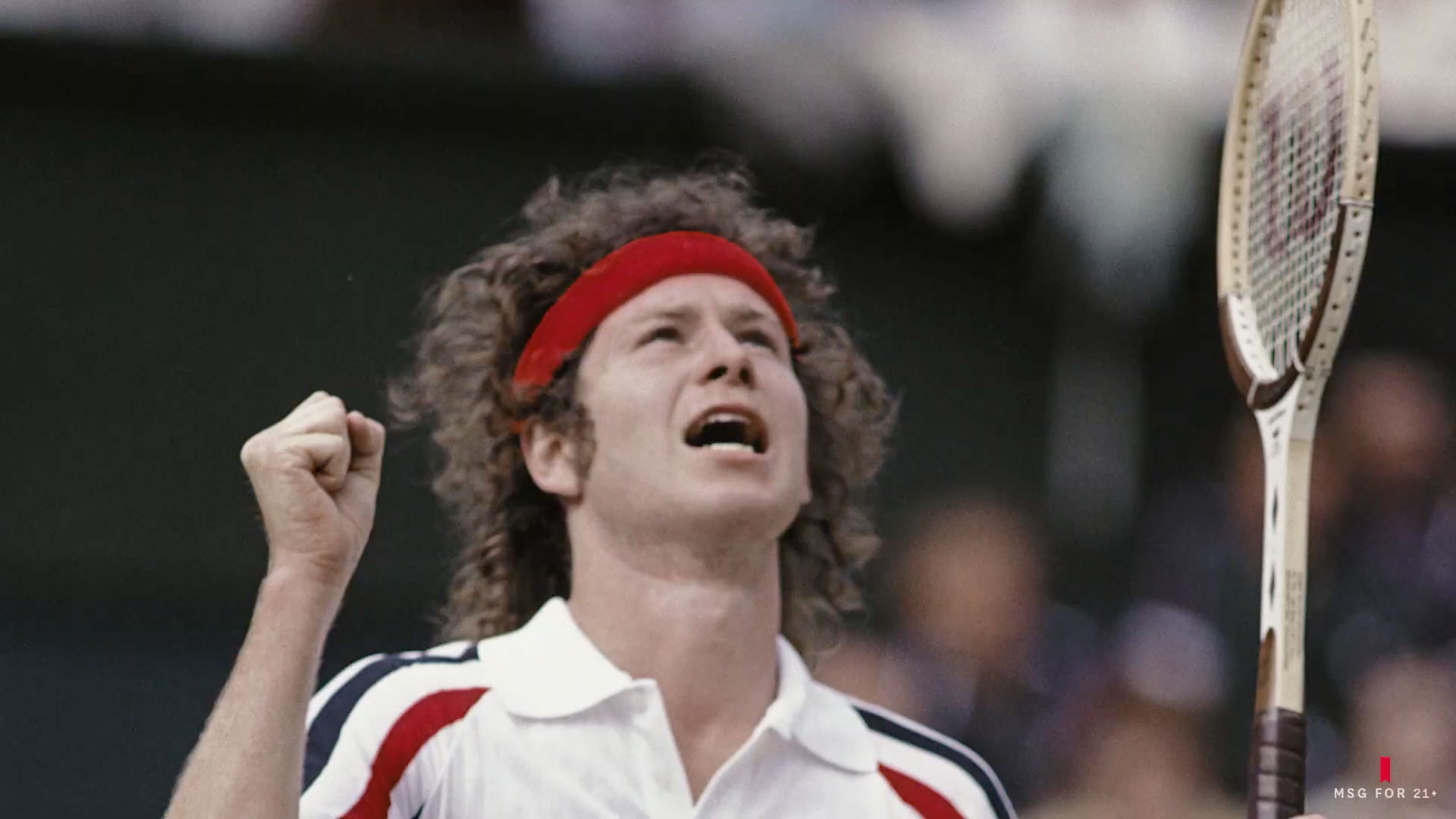 Michelob Ultra cast John McEnroe as an ambassador of ... joy? You cannot be serious!

During his tempestuous career, tennis legend McEnroe—given to racket-bashing outbursts and berating officials as he volleyed his way to seven Grand Slam titles—always seemed to be battling his inner demons along with opponents across the net.

Now, thanks to artificial intelligence, machine learning and robotic ball-return technology, Johnny Mac will play against avatars of himself at five key stages of his career in Ultra's "McEnroe vs. McEnroe." ESPN2 and ESPN+ will broadcast the event on May 18 at 8 p.m.

This trailer offers a taste of the action:

The 45-minute special, developed with FCB New York and emceed by John's brother Patrick (who enjoyed a notable pro career of his own), bears Ultra's "It's Only Worth It If You Enjoy It" banner. While John wasn't especially joyful in his playing days, the notion that he's grown as a human being and relishes his place in the pantheon of sports fits the brand narrative.

"Who wouldn't want an opportunity to literally be able to look back at where you started and celebrate how much you've grown and learned along the way?" McEnroe says in a statement. "I've had highs and lows just like everybody else, and what I've learned over time is to appreciate the journey."

Note: These avatars look like classic Mac, but their athleticism, speed and style and of play are based on the current 63-year-old version of John, giving him a chance to win the matches.

Below, Ricardo Marques, Michelob's VP of marketing for U.S. and global operations, takes us through the activation:

Muse: When fans tune in, what exactly will they see?

Ricardo Marques: They're going to be treated to the world's first-ever real vs. virtual tennis match. One side of the court will feature tennis legend John McEnroe, and on the other, a custom avatar designed to look and play like John during five major moments in his career. The team at Unit 9 processed hours and hours of McEnroe's matches from 1979 to 1992 using artificial intelligence to machine-learn his play—how he served, the spin off his forehand shots, the style of his backhand, his drop shots and smashes. The computer then directed four Precision Motion robots, each armed with ball launchers embedded with that intelligence. During the matches, the avatar will respond in real time to John's game play with ball robotics.

None of this is live, correct? It was all filmed earlier?

All five matches were previously filmed in April. As fans watch, they will witness the live action that was captured between John and the technology, but the made-for-television special will also include introspective interviews with John as he takes time to reflect on his professional career and personal journey. Fans will be treated to five exciting and competitive matches, while also having the opportunity to hear from John himself, his brother Patrick, former tennis pro James Blake and sports commentator Ashley Brewer.

Can you explain how this makes sense for the Ultra brand?

This match delivers a message everyone can relate to: Don't forget to enjoy the journey. There is pressure every day in life to perform without missing a beat, and that is especially true in the world of sports. While very few people will know what it feels like to be ranked No. 1 in the world or to win Wimbledon, we can all relate to going through ups and downs and coming out better for it.

Why partner with Johnny Mac? Why him specifically?

Everybody who watched John throughout his career knows he was an extremely intense competitor. This first-of-its-kind event allows John to celebrate the major moments throughout his career, while reflecting on his personal journey as well. As he looks back, John delivers a message of joy and encourages those currently in younger shoes to enjoy the ride and have fun.

Can you talk a bit about the technical aspect?

The technology behind this is absolutely fascinating. The game system was developed in Unreal Engine to allow our avatars to respond in real-time to John's gameplay and to integrate with ball robotics. In addition to analyzing hours of match footage, John participated in a full motion-capture session with a team of innovation architects, product designers and software engineers to create avatars that look and play like him. Using motion capture, Unit 9 was able to authentically translate his specific body gestures to avatars that could be controlled without pre-programmed moves.