A relationship quite literally falling to pieces

Life is a beautiful sport. Lacoste and BETC Paris give us a new interpretation of that in "Crocodile Inside," a short film that follows "The Big Leap" and "Timeless."

Like its predecessors, "Crocodile Inside" takes on the sporting nature of love. But while "The Big Leap" was about the haphazard jump into new love, and "Timeless" explored true love's pursuit, this is about something closer to home—old, tired, over-it love.

Set to Edith Piaf's "Hymne de L'Amour" ("Hymn of Love"), we meet French actors Oulaya Amamra and Kevin Azaïs in a massive apartment, which crumbles around them as a heated argument escalates.

If you've ever been in a long relationship (or just seen one up-close), you know what kind of fight this is. It's the one where you take the gloves off, flinging everything you've built into ruthless uncertainty. When Amamra turns away, the edifice splits in two, plunging the pair into an apocalyptic scenario—a visceral, heart-stopping metaphor, every choice reduced to personal survival against the partnership.

Directed by Megaforce (responsible for Nike's "Nothing Beats a Londoner," as well as Madonna's "Give Me All Your Luvin'" and Rihanna's "Bitch Better Have My Money" videos), the work is unnarrated, but music and visuals punctuate the action just as well. You feel the cost of words that can't be taken back, and the breathless next moves—watched by your opponent with almost morbid fascination—that are decisive. Every step undoes the gameboard, until all that remains is the couple and their choice.

Love is indeed a sport, maybe the most complex one we engage in while living. By the end of the spot, when the building's façade falls over but the couple are saved (along with their love, for better or worse), we feel the truth of that.

Novak Djokovic, a Lacoste brand ambassador since 2017, had an injury that obliged him to leave competitive tennis for several months. He's since returned to reclaim his status. 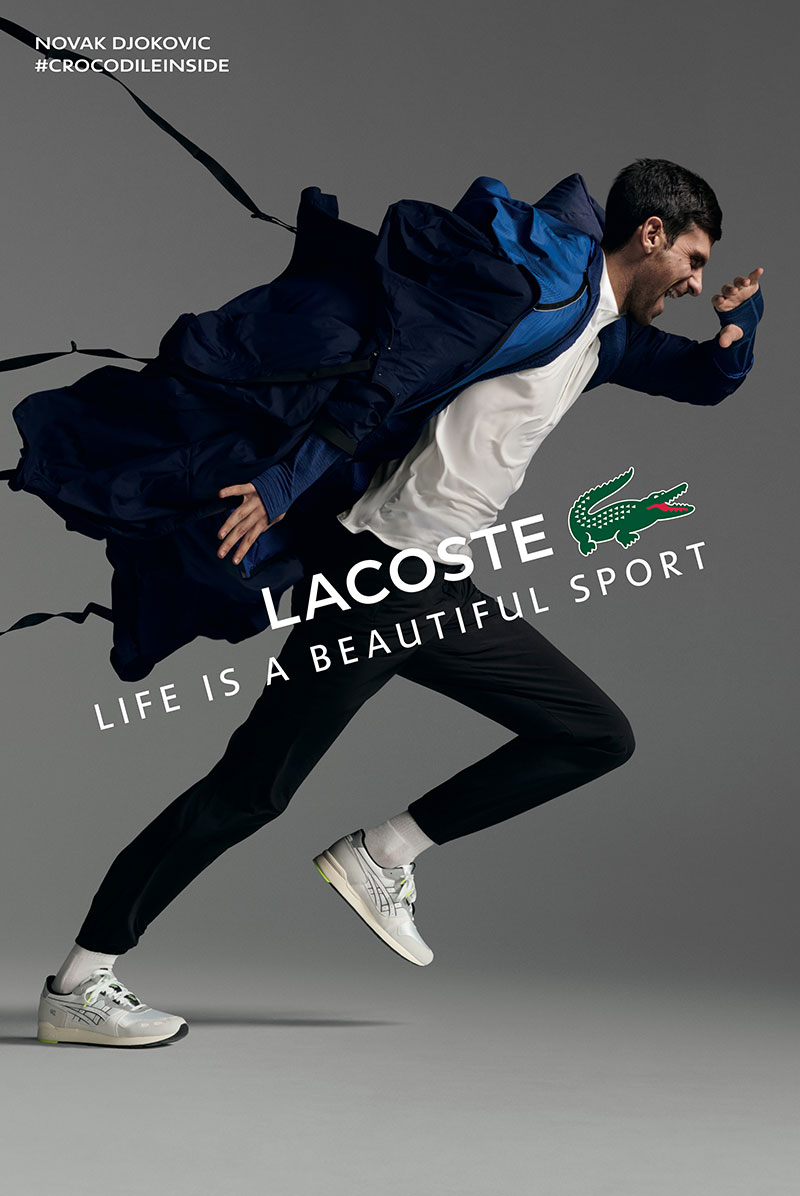 Selah Marley is the daughter of Lauryn Hill and footballer Rohan Marley (Bob Marley's son). Heavy is the mantle that falls on the child of demi-gods, but Marley managed to carve a niche in the fashion industry. 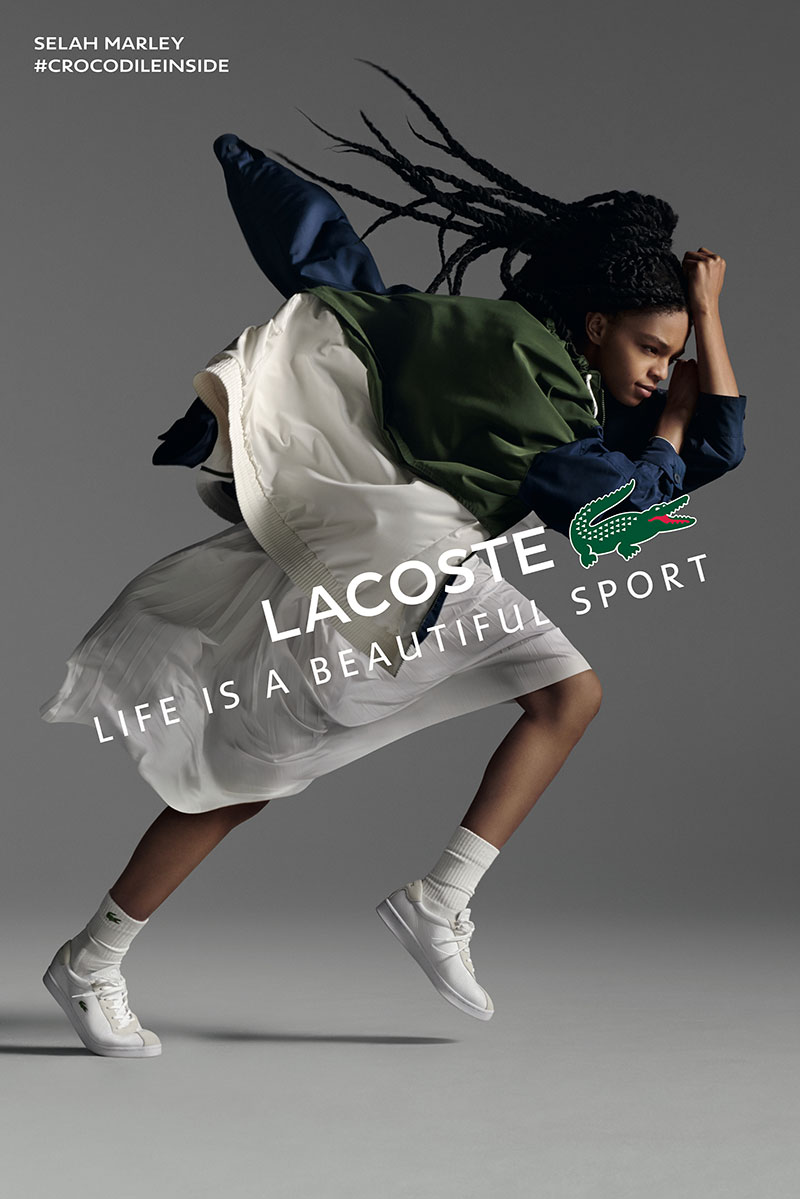 Last up is Léo Walk, a dancer who created his own streetwear clothing brand. 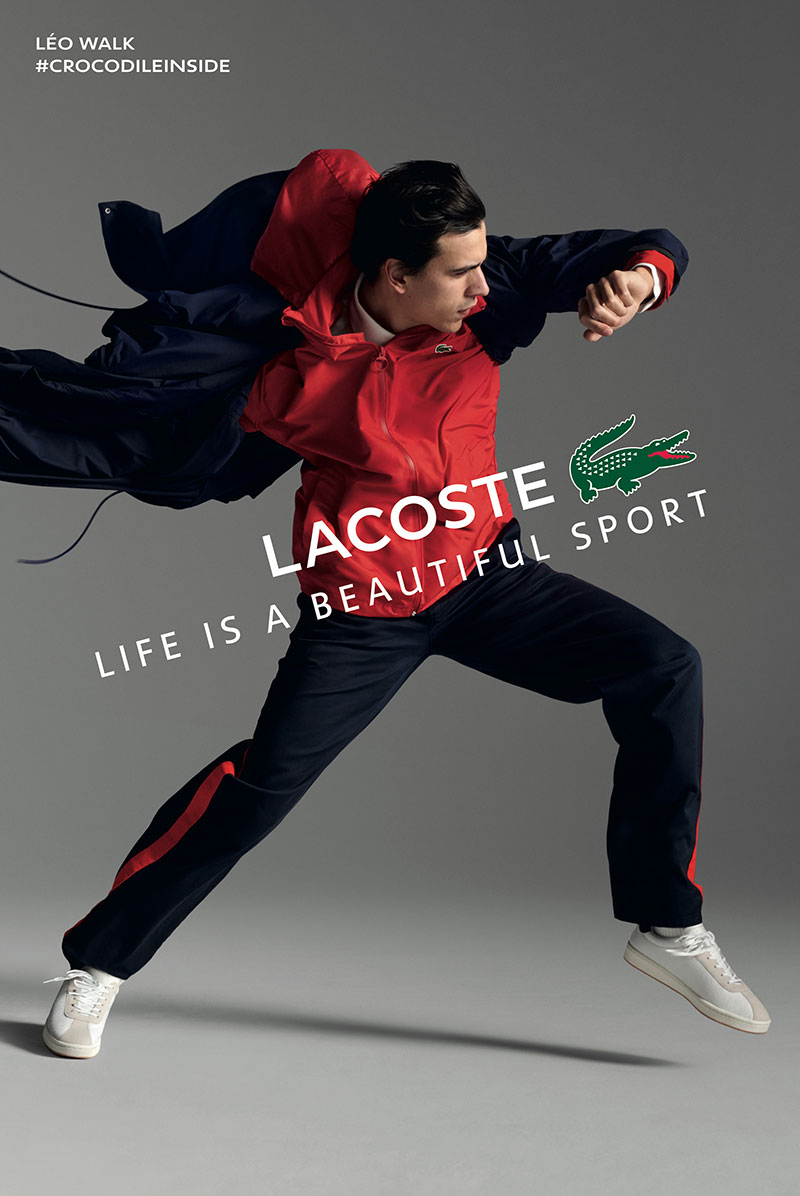 "Crocodile Inside" went live yesterday and will appear on TV, in theaters, in-flight, on digital and on social. Iterations go from six seconds to 98 seconds.