Those droplets are 'tears of joy' 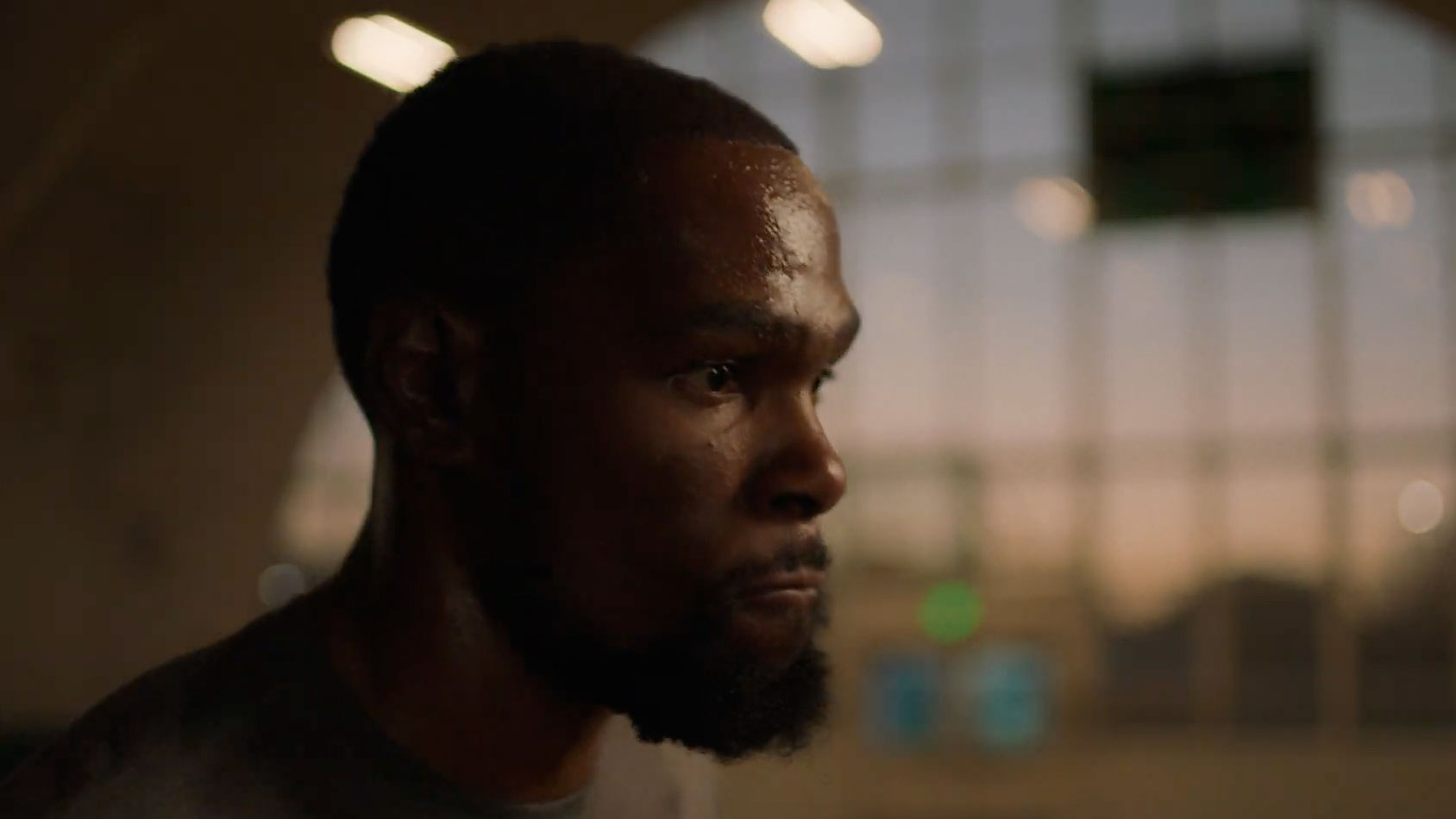 When you sweat, that's your body crying tears of joy.

Just ask Brooklyn Nets star Kevin Durant, who spent a year working his way back from a 2019 Achilles tendon injury. The former NBA MVP appears in the cinematic spot below, created by BBDO for Unilever's Degree, that's equal parts inspiration and perspiration.

"It might look like your body's crying," Durant's narration begins, as we watch him and other diverse athletes go through their practice and rehab regimens. "That's because it is. You might even think that's a sign, that your body is telling you to stop. These are tears of joy. If you listen closely, you'll hear every muscle, every joint crying out to you: Yes, don't stop, keep going!"

He concludes: "Well, who am I to tell my body no?"

It's a slick approach, literally and figuratively, making a powerful point in relatable terms. Yes, technically degree is an anti-perspirant, so there's a nit-picky disconnect if you think too hard. But why sweat the small stuff?

"We wanted to showcase the journey Kevin and so many other everyday people also experience as they push through personal and societal barriers to keep moving and achieve their goals—because we believe that nothing worth achieving is gained by standing still," Lucy Attley, the brand's U.S. marketing manager, tells Muse. "Ultimately, we hope that the spot helps provide much-needed inspiration to help people keep moving and not let sweat, or any other barrier, hold them back."

That's especially important during the pandemic, Attley says, with research showing a 30 percent decrease in exercise and vigorous movement, according to the World Health Organization.

"During this time, we also found out that almost a quarter of people say sweating is a key barrier that stops them from moving," she says, citing internal data. "With this in mind, we chose to celebrate sweat—or as we like to say, your body crying 'tears of joy.'"

"It's a natural space for Degree to play in," Attley says. "The campaign also highlights Degree MotionSense—the only antiperspirant that reacts directly to movement, releasing extra bursts of fragrance as you move, so you stay fresher, longer. So, the connection with sweat all comes full circle."

At any rate, it's less icky than TBWA\Chiat\Day's moist musical outing for Mt Dew.

"We loved the giant wall of windows and purposely timed the shoot with him to be able to capture the sky in the afternoon as the sun was setting," Attley says. "It was really beautiful to see Kevin in his zone, alone the court. You could see that he was so in his element out there. It was an experience where you could really feel how powerful movement is."