Grizzlies star kicks back with 'Couchleisure' 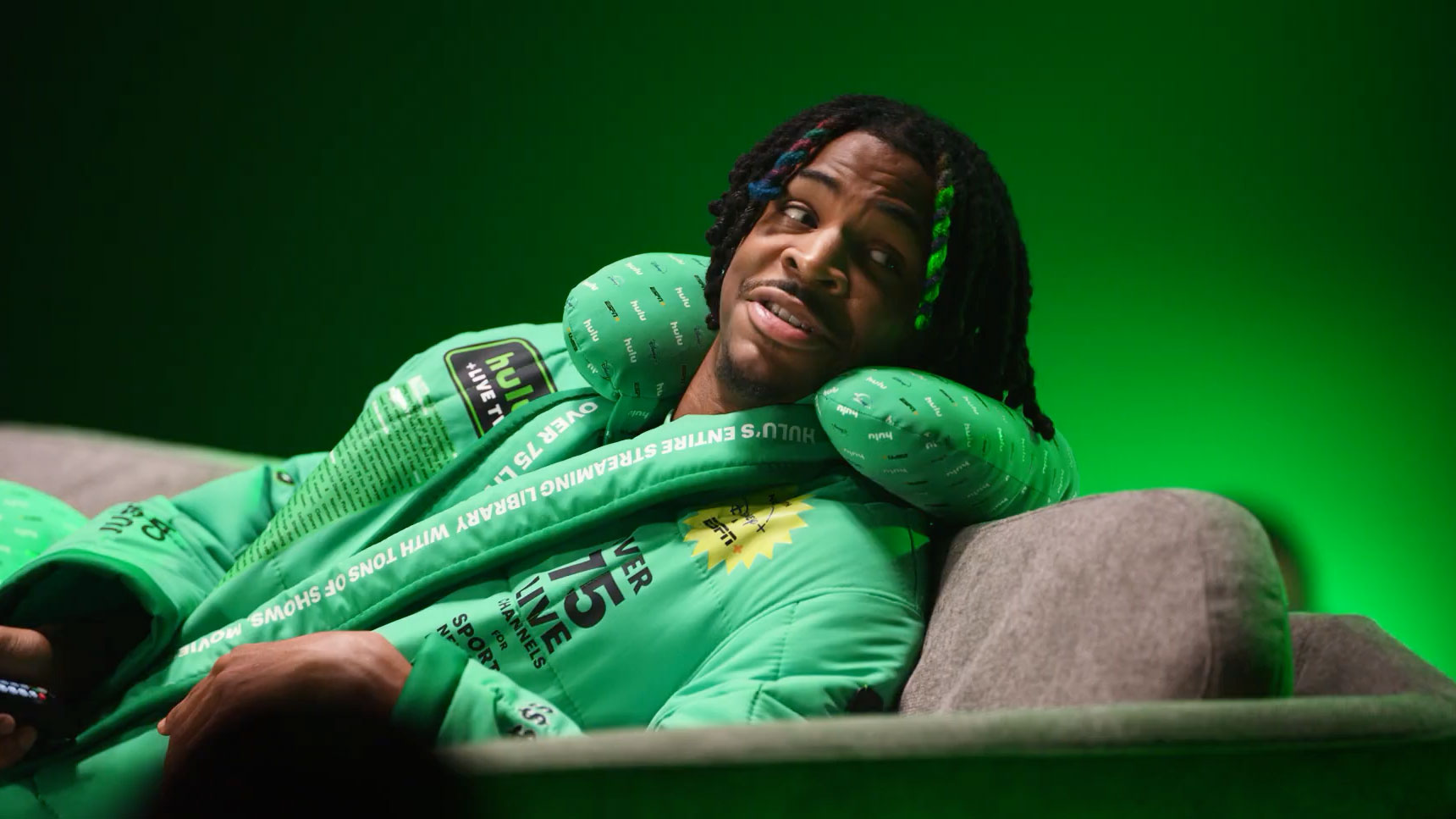 Ja Morant doesn't exactly "work it" on the high-fashion runway in Hulu's latest "Sellouts" commercial. In fact, he doesn't get off the couch.

Oh-so-comfy in those cushions, the Memphis Grizzlies point guard rides a motorized sofa on stage as he spoofs celebrity endorsements and models a Hulu-branded "Couchleisure" collection.

"It did take a bit longer than expected for the couch to get up and down the runway, so Ja spent the majority of the time lying down on it in between takes," Michael Schneider, Hulu's VP of brand, live and licensed marketing, tells Muse.

Alas, Morant exited the NBA playoffs for knee surgery, so he might be spending some time on sofas for a while.

Big Family Table developed the amusing ad, which dropped this week in social media, on TV networks and, of course, during postseason games. It follows the recent "Sellouts" effort with LaMelo Ball, in which the Charlotte Hornets star memorably touted a self-branded faux cereal line.

Another new ad-venture from Morant—unrelated to Hulu—finds the all-star teamed with Lil Baby, who previews his new track, "Dark Mode," in a Beats by Dre video created by Translation.