ESPN Returns With Fifth 'There's No Place Like Sports' Ad 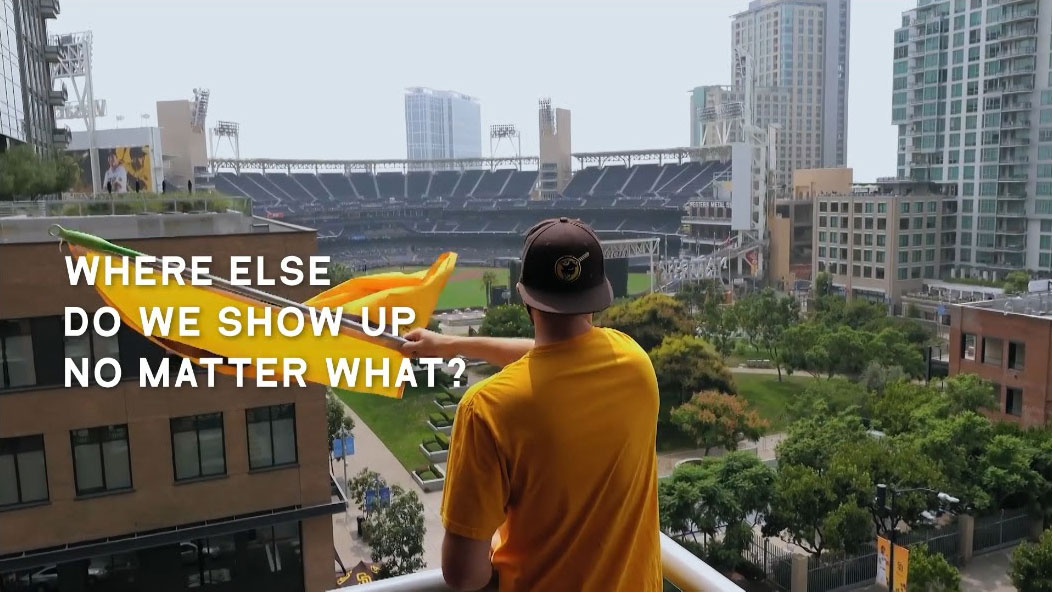 ESPN celebrates efforts by players and leagues to return to the field—and fans' undying love for their favorite teams—in the fifth installment of its "There's No Place Like Sports" campaign.

The spot dispels the sports-on-hold vibe of Covid-19's first wave, focusing on recent efforts to restart the games, with fan devotion as a driving theme.

"This piece is a hat tip to fans and their commitment to sports," Seth Ader, the cable network's marketing vice president, tells Muse. "We've been right there with them since sports went away in March, and we're so excited to be able to collectively cheer again, even if it's virtually or at a safe distance. Fans should feel that ESPN is a fellow fan that cares about the sports and athletes just as much as they do."

ESPN director of brand marketing Peter Mulally describes the ad as a "five-part play" with this narrative arc:

• At the beginning, to represent apprehension and doubt, "we're featuring the most poignant imagery—the NBA bubble, empty stadiums—and uncertain audio to set the stage," Mulally says.

• A return to action follows. "We're still not sure it's going to work, but we're giving it our best effort," he says. This sequence includes footage of a Doris Burke-Mark Jones fist bump and a U.S. Open racket tap between Yui Kamiji and Angelica Bernal.

• Next comes a lighthearted nod to the new normal, with a Major League Baseball home run ball smacking a cardboard cutout of a pooch in the stands.

• After that, footage of Luka Doncic hitting a step-back three pointer—which Mulally calls "one of the first great moments" of sports' eagerly anticipated comeback—shows how the rebooted games keep on giving.

• Finally, we watch San Francisco Giants fans go wild, while San Diego Padres supporters wave flags from their windows, scenes offered as "a closing reflection on the truth this season has revealed: in sports, we'll keep showing up no matter what," Mulally says.

"Despite this being a strange season in so many ways, we wanted to celebrate the resiliency of fans and athletes everywhere," adds Rachel Epstein, ESPN senior director of emerging properties and brands.