And reinterprets a Daft Punk classic 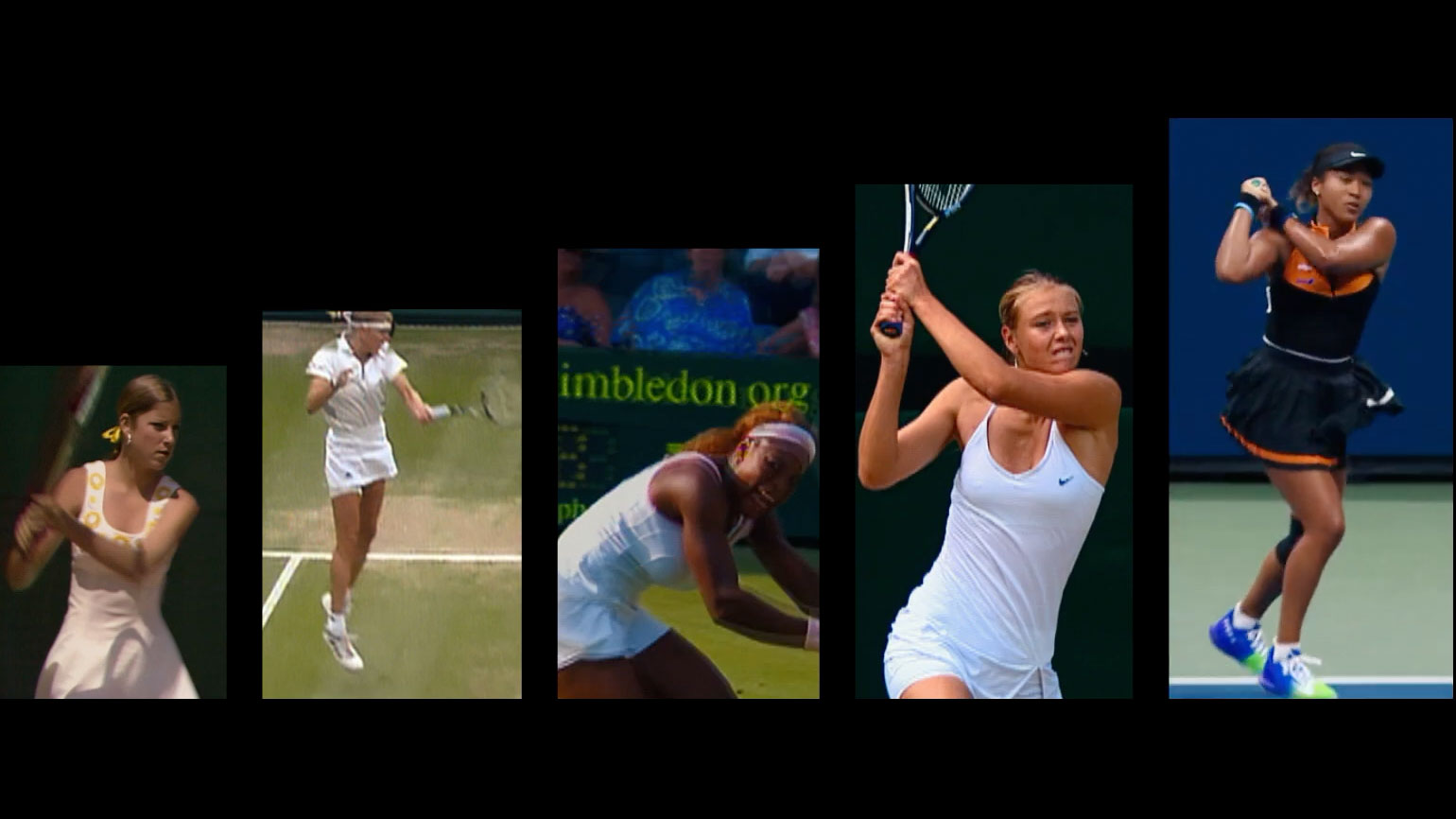 ESPN+ equates its quest for growth and change with the ongoing evolution of sports in a campaign powered by a fresh take on Daft Punk's "Harder, Better, Faster, Stronger."

Rapper/activist De'Wayne puts a rock/hip-hop spin on the 2001 track, which plays under archival footage of iconic athletes and ESPN personalities in a new :30 from Preacher.

We watch women's tennis progress from Chris Evert in the 1970s through Steffi Graf in the '80s to modern stars Serena Williams and Naomi Osaka. Men's hockey and golf receive similar chronological treatment, with quick cuts of Mark Messier, Cam Fowler, Tiger Woods and Jordan Spieth, among others.

Rising talents Hideki Matsuyama, Coco Gauff and Rose Namajunas make in-action cameos. And ESPN+ puts its own evolution on display, with anchors Linda Cohn and Stephen A. Smith in the house. We see them as they appear on-air today, and in younger years as a talk-radio host and college baller, respectively.

So much sound and motion in a half-minute commercial! But that's the point: In the world of sports, change comes fast and furious. And no matter what, ESPN+ has you covered. Hence the on-screen kicker: "The game has changed. So have we. Join the Evolution."

"The campaign highlights the evolution of how fans view sports and how ESPN+ should be considered a valuable part of the viewing experience," offering live action plus exclusive original content, most notably from its 30 for 30 library, says Claisian Phillips, the streamer's VP of marketing.

It's a more mainstream approach than last year's salute to fans whose favorite sports were a tad far afield, and less over the top (as it were) than campaigns from DirecTV, Paramount+ and sibling Disney Bundle (which includes ESPN+ in its offering).

The Daft Punk cover subtly plays into the "Evolution" theme, though mostly it's just a chill soundtrack choice.

" 'Harder, Better, Faster, Stronger' was our musical muse from day one" and helped inform the campaign's direction, says Preacher executive creative director Greg Hunter. "The lyrics are just spot on, and the vibe and energy worked perfectly for what we were looking to create."

"But we wanted to pull that evolution concept through everything," he says. So, rather than license the original, "we chose to evolve it. But we didn't want to lose the magic of the original, so our only asks of De'Wayne's take on the track were that it remain instantly recognizable and captured the same spirit. Other than that, we let him do his thing."

ESPN+ launches the work today across TV and digital from a position of strength. Subscriptions grew 75 percent to 14.9 million in the past year—though at stablemate Disney+, subscribers more than doubled, so the campaign may reflect a desire by ESPN+ to up its game. Toward that end, the service recently inked long-term deals with the NHL, La Liga and the PGA Tour, while expanding original programs like Peyton's Places and More Than an Athlete.