Dak Prescott vs. the Real Housewives Is an Epic Showdown in Latest DirecTV Ad 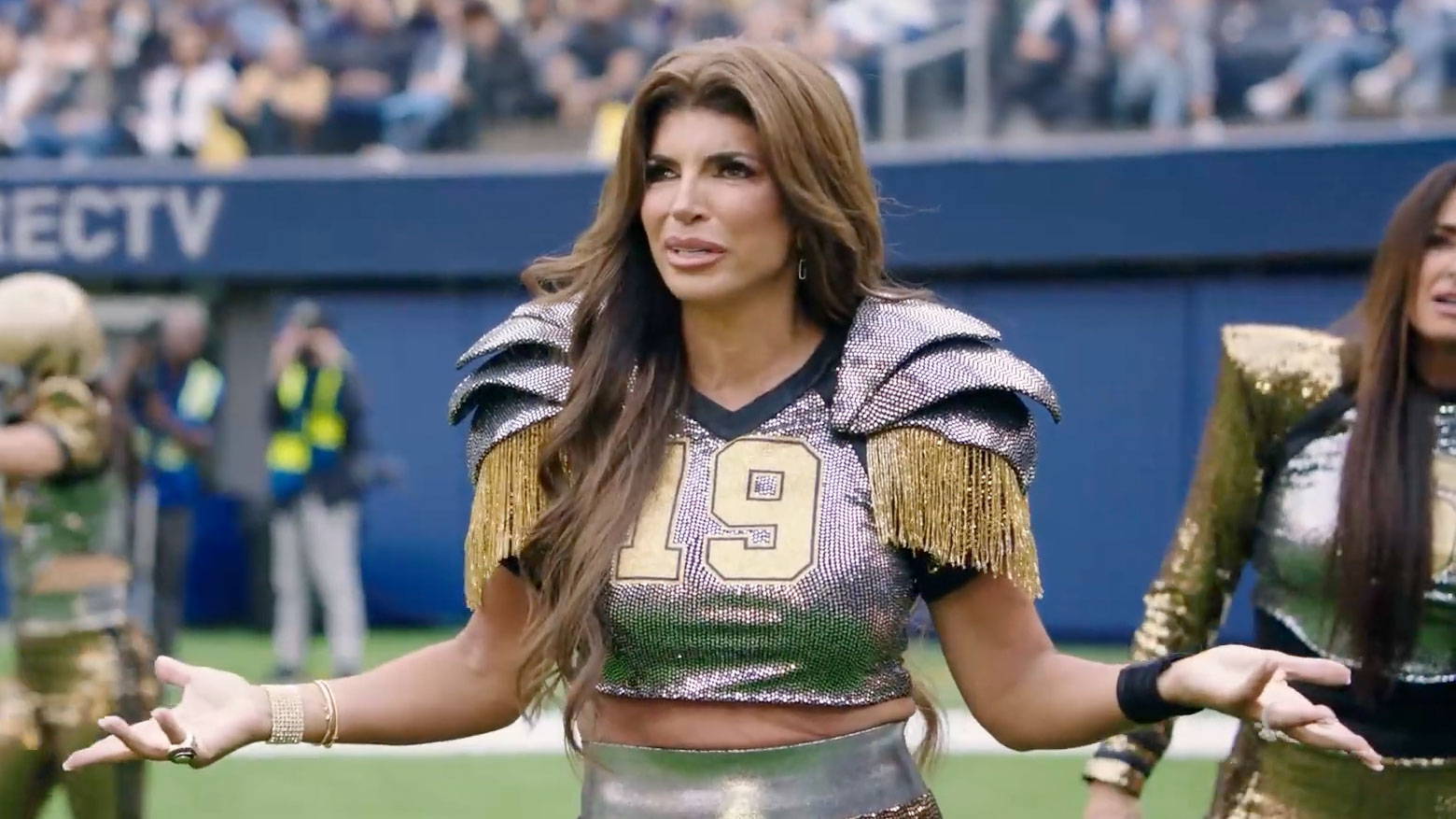 Like earlier entries in the rollicking "Get Your TV Together" campaign, the :85 touts DirecTV's mix of live fare (sports, special events) and on-demand faves (movies, popular shows). Housewives vets Giudice, Kyle Richards and Kenya Moore suit up in slinky, shiny (probably not NFL regulation) gear for a gridiron showdown against Prescott and his real-life teammate, wide receiver CeeDee Lamb.

Slapstick silliness ensues, with actor Bob Stephenson (Top Gun: Maverick) almost stealing the show as the Wives' superbly spangled coach calling in a spa order, rather than plays, from the sidelines.

DIRECTV | Get Your TV Together | The Wives’ House

Fans will smile at the many Easter eggs, notably that callback to Teresa's fierce table flip from The Real Housewives of New Jersey in 2009. "TV Together" is all about fandom, offering giddy cultural mashups for our splintered media age. Past iterations fusing Serena Williams with the Wonder Woman and Matrix franchises likewise scored, as did this Ghostbusters romp featuring four Major League Baseball greats.

It's a smart strategy, especially well realized, celebrating the stuff we love to watch and pointing to a place—DirecTV—that offers a wealth of choices in an accessible format. That said, if the pay-TV category continues to sag, at some point the brand may need to tweak its game plan.

The "Housewives" blitz features edits from the full-length spot running across various channels, plus digital outreach from Critical Mass including Snap filters, Reddit integration and a Meta AR experience.

Muse: Why mix Real Housewives and the NFL?

Ryan Buckley: At first glance, you may think football and reality TV have no business being in the same room together. But I think we proved that Dak fans and Teresa fans have more in common than they think—and whatever you love, DirecTV is where you can find it. We knew highlighting football was a priority for this campaign, and who better to give some seasoned pros a run for their money than some equally hardened Real Housewives? It's such a disparate combination, that somehow fits together perfectly.

Describe what went down at the shoot.

Mark Winters: Dak and CeeDee were playing football with the crew, the Housewives were taking selfies with everyone. It was an electric atmosphere that felt more like a celebration than a high-stakes commercial shoot.

Why these three Housewives specifically?

Mark Winters: Each represents a different Housewives franchise, so every reality fan can have a little skin in the game.

Ryan Buckley: We dug into our Housewives' personalities and backstories to load their performances with real fan-service moments. Obviously, Teresa's table flip is one of the most jaw-dropping moments in Housewives history, so we had to bring it back. But this time, Dak's the one losing his cool. We gave Kenya Moore's iconic twirl a cameo. Even the Housewives' jersey numbers tie into their backstory. [Moore, for example, wears No. 93, referencing the year of her Miss USA selection.] It was all about mining the fandoms of both Housewives and football for references that let folks know DirecTV "gets it" when it comes to their TV obsessions.

Can you expand on that idea, talk about the campaign's cultural resonance?

Ryan Buckley: The goal is to get people wondering, "What will they bring together next?" We even see comments online where people are pitching their own mashups, fan art and other little bits of love that let us know we're resonating. For us, creatively, DirecTV bringing all the TV you love together, in one place, is a good kind of excess—one that lets us go to a maximalist, madcap place where there are more opportunities for fun than there are rules. We've always filtered what we do through the maxim, "Make the ads as entertaining as the content DirecTV provides," which lets us go beyond just representing content and start actually participating in the cultural conversation that's happening around entertainment at large.