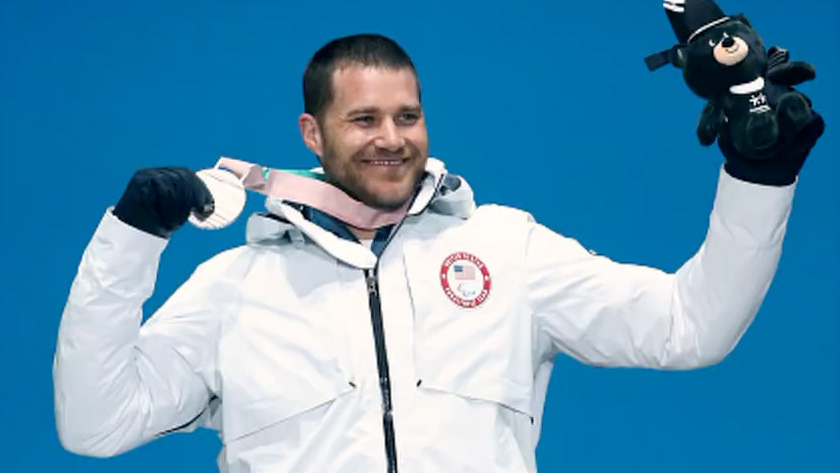 For Mike Schultz, winning medals in Paralympic snowboarding is 50 kinds of rad. But helping others who've also lost limbs has proved an even higher calling.

We meet the indomitable Schultz in a 60-second spot from Comcast Business that breaks during coverage of the 2022 Winter Olympics.

After losing his left leg in a snowmobile crash 14 years ago, Schultz designed his own prosthetic, and scored gold and silver for Team USA. But the triumphant tale doesn't end there—not hardly!

Ready for Anything | Comcast Business

"When everything changes overnight, you don't give up," the narrator says. "And when you meet other people facing what you faced, don't pass them by." To that end, Schultz founded and leads BioDapt, which manufactures lower-body prosthetics. So far, 20 competitors have used his company's high-performance limbs in the Paralympic Games.

"He's not only a gold medalist, but also an owner—and one whose business was born from incredibly challenging and unpredictable circumstances," says Anthony Pagaza, a copywriter at Goodby Silverstein & Partners, which developed the campaign. "His story is all about being 'Ready for What's Next,' which is what Comcast Business stands for."

The team shot on location at BioDapt's digs in St. Cloud, Minnesota, with Schultz's family, friends and customers sharing the spotlight.

"It was essentially capturing a day at Mike's business and combining that with found footage to complete the film," says GS&P art director Jennifer Fisher.

This low-key, documentary-style approach proves something of a fresh take in the space, where big production values and complex plotlines tend to dominate. For example, a Paralympics campaign from last summer emphasized the blood, sweat and sacrifice competitors make in their quest for glory. Another initiative sought to jumpstart a global movement.

Here, however, we simply spend some time with a caring, driven individual who makes an outsized impact in others' lives. This straightforward approach resonates with significant scope and power.

"At the end of the day, people don't just watch the Games for the amazing achievements. They watch for the incredible stories," Pagaza says. "We hope this one resonates with anyone striving to achieve a goal—whether in business or otherwise."