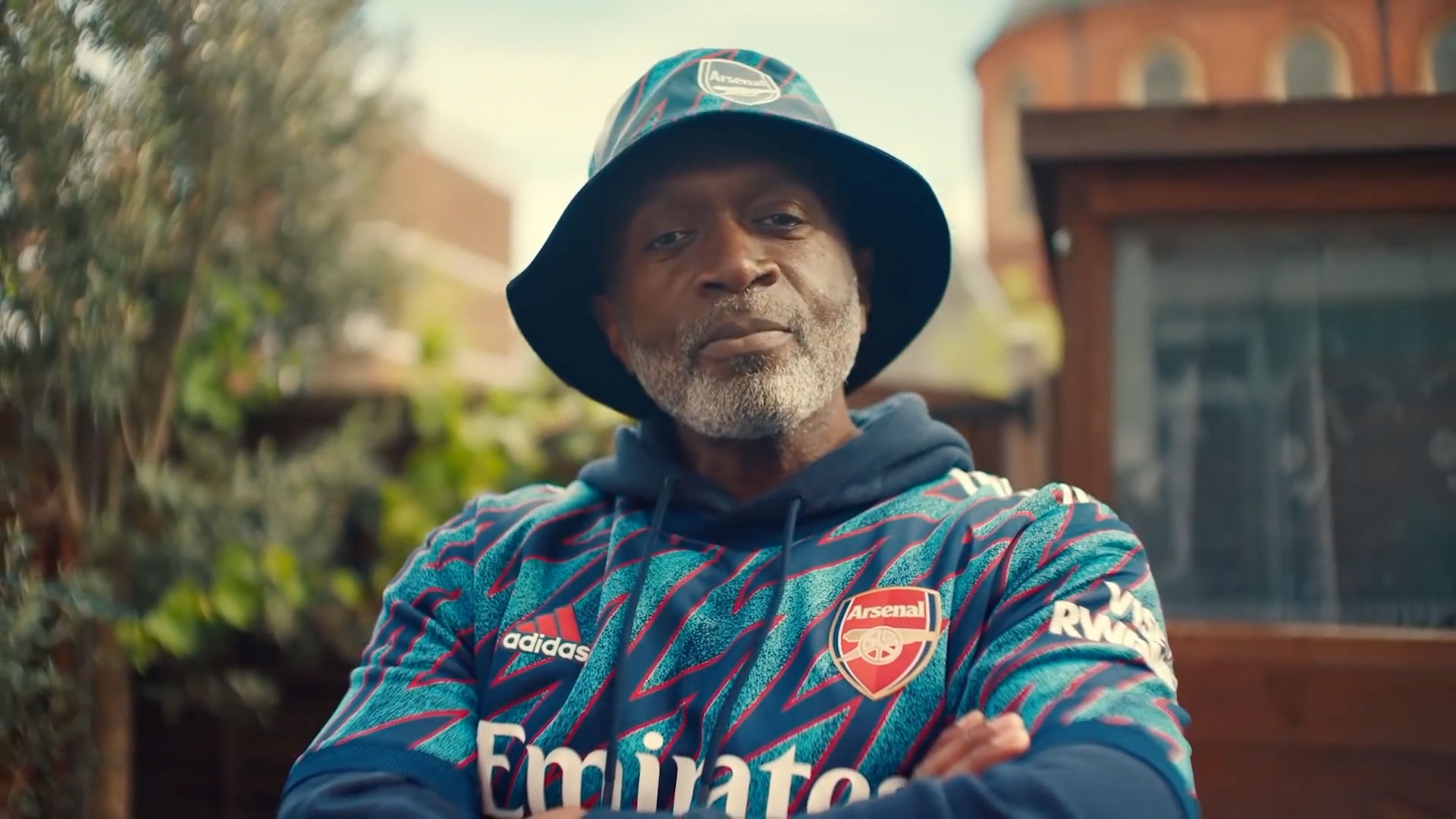 The 60-year-old South Londoner is quite the character—and quite literally a character, played in delightfully prickly fashion by actor Mensah Bediako. He attends every home game, and named his daughter after Arsenal legend Patrick Vieira (she seems ... not pleased). Once, he refused to change his underwear until the squad lost (smells like team spirit!).

And as for that time he gave forward Dennis Bergkamp a lift from England to play a match in Turkey ... it never happened. None of it did. But it's great branded fun that delivers even if you don't live and die by Arsenal's fortunes.

"We wanted to shift the focus away from the well-worn path of players launching a jersey," Iris associate creative director Jonathan Wedlake tells Muse. "We thought it would be interesting to focus on a fan who doesn't believe in anything other than Arsenal."

Indeed, Kode director Dominic O'Riordan shows youthful Lenny yanking off Santa's beard and refusing to play along with a musician's act. This devout mega-fan worships at the altar of Arsenal alone. No other faith, magic or amusement can compete.

Such fandom exists, even if Len doesn't. The story's made up, but the transcendent sense of community and purpose shared by Arsenal's devout "Gooners"—and devoted backers of teams everywhere—can't be denied. (Real fans even forgive brand transgressions!)

"Having access to players and legends meant we could place our character at the heart of Arsenal culture and some of the club's biggest moments and use them to back up the stories—which lends itself perfectly to a mockumentary format," Wedlake says.

By telling his story, Adidas proves it appreciates what Arsenal fans are all about—providing 240 seconds of quality entertainment to boot! The film launched a week ago across Adidas and Arsenal social channels, with views approaching 1 million so far.

Rabid fans like Len won't need a scorecard to recognize most of these folks, but here's a rundown of who appears, and when: