Adidas Made a 'Swimmable Billboard' on a Beach in Dubai

In an Adidas survey, only 12 percent of women in the Middle East said they are completely comfortable wearing a swimsuit in public—the vast majority are not. They cite body shame and lack of privacy as impediments to being themselves in the water.

To make these women more comfortable, Adidas has created more inclusive swimwear, including a burkini collection, which the brand promoted recently with a "liquid billboard" on a popular beach in Dubai. The 16-foot-high billboard was actually a swimming pool with a transparent acrylic side—making the women who swam in it the stars of an Adidas ad campaign.

The goal: to offer a wider range of athletic apparel, encourage women in the region to be more confident in their swimwear, and show a more inclusive sports culture.

Havas Middle East were the lead creative and strategic partner and worked with Jack Morton Middle East as the production agency, to deliver the liquid billboard. It followed an earlier global film celebrating the "movement of change that the brand is championing, an access to performance wear for the water for all women regardless of shape, ability, or religion," says Joao Medeiros, executive creative director at Havas Middle East.

The billboard was meant to "connect the film to social influencers and a larger audience," Medeiros says. More than just a spectacle, the activation was intended to make a body-positive, inclusive statement.

"Adidas believes that sports belong to all," says Medeiros. "This belief needed to be the DNA of the campaign; hence it was important that the billboard triggered an emotional connection to the brand's belief. By jumping into the billboard, one's background did not matter, and all women were instantly elevated to a campaign star status and became equal to any big-name brand ambassadors." 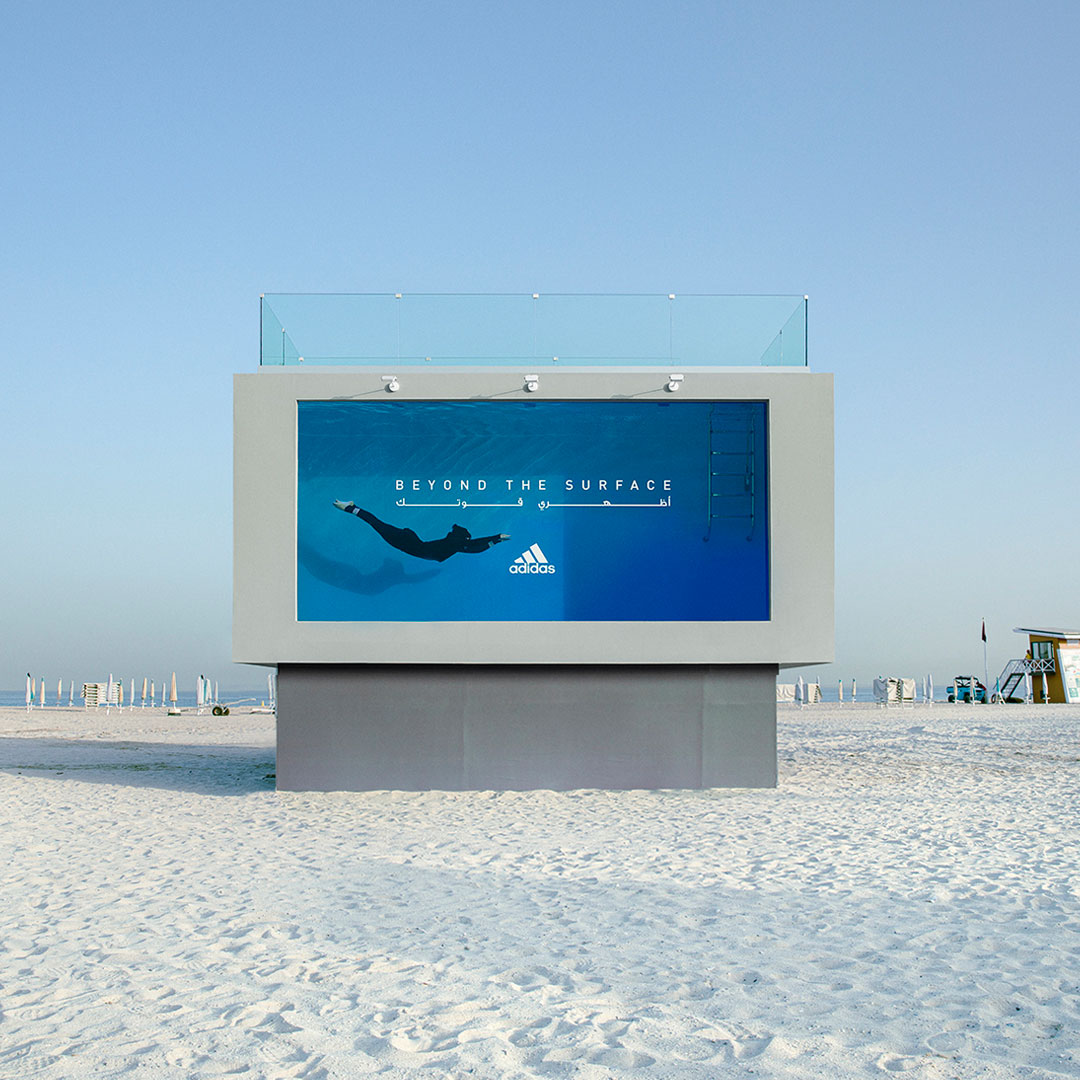 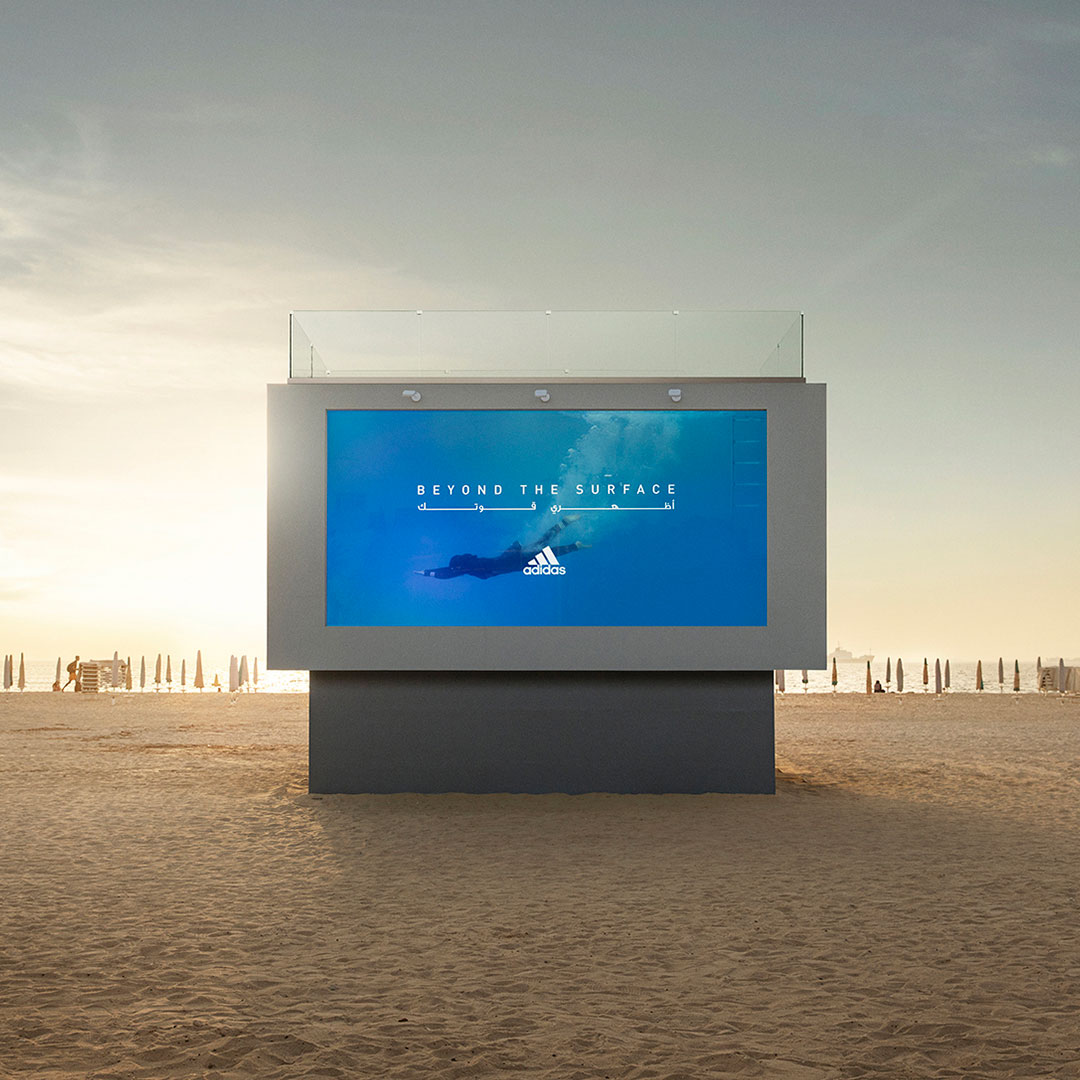 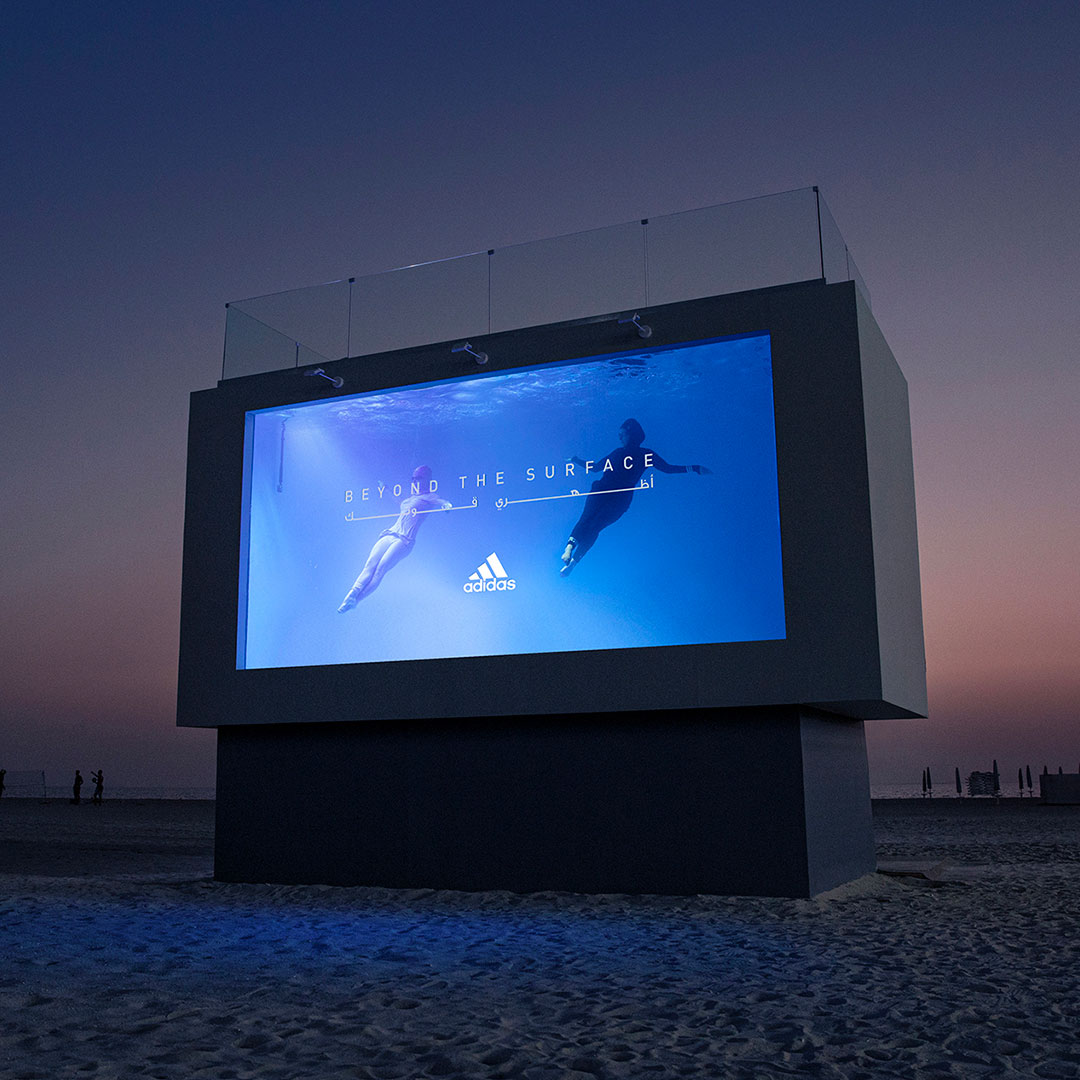 The billboard, which took three weeks to build, was live for three days. Influencers, brand ambassadors and the media were invited to swim first. "After the press day, the liquid billboard was open to the public to take the 'leap of faith,' but this was for faith in our statement and solidarity with all women across the city," says Medeiros.

One of the participants who dived in said, "Not once, while I was in the water, did I think about what I looked like, if people were judging me and my body—I was totally and completely out of my head and in the moment," summing up the confidence and freedom Adidas wants to inspire, according to Medeiros.

The "Beyond the Surface" campaign is a part of Adidas' broader initiative to create more space for women in sport, themed "Watch Us Move."

"The current 'Beyond the Surface' campaign celebrates the power of water and its ability to defy restrictions, bring renewal and accept everyone unconditionally," says Fabio Silveira, general manager of Havas Middle East. "Although this campaign may be wrapping up, the 'Watch Us Move' initiative to help more women step forward with confidence to express themselves through sport will certainly continue as a powerful platform."

The Adidas effort reflects a broader movement in the Middle East to inspire Middle Eastern women to cultivate an interest in water sports. Nike's "Victory Swim" from 2020, directed by Rattling Stick's Sara Dunlop, is another example—that spot was also connected to an inclusive swimwear collection.