In Nike's Latest, A Mother Initiates Her Daughter Into the Cult of the Swimmer

The water beckons to more women in the Middle East

You know what's great about the Nike ads that Wieden + Kennedy Amsterdam make? The crescendo. They have this talent for taking an individual story and giving it the scope of epic, one person's isolated act becoming the joining of a community, linked by effort and passion.

"Victory Swim," directed by Rattling Stick's Sara Dunlop, is one such work. It was designed to inspire Middle Eastern women to cultivate an interest in water sports—and the Nike Victory Swim collection, full-coverage swimwear that launched earlier this year and provides a full range of motion in water.

But never mind that. What you're actually looking at is a mother giving her daughter a swim lesson. And as that gentle first-contact progresses, we are drawn into a larger narrative about other women who've passed through this chapter already.

It isn't often we get to see Arab women as normal women in Western media. Either they're referred to as victims, or objects of reproach, especially when they subscribe to tenets of modesty. I'm reminded of a story from 2016, when French police forced a woman on a beach in Nice to actually remove her burkini because of rising sensitivity about Islamist terrorism.

The atmosphere hasn't changed much in intervening years, for many reasons. But the point I'm making is how often women get caught in the crossfire of conversations that aren't really about them, just because it's easier to talk about what we're wearing, or doing, than to address larger systemic, colonial or patriarchal problems.

So there is something healing about watching an Arab mother be a mother, and her kid be a kid. And it's about more than this too, right? Being a mother isn't just about nurturing. It is about arming. Ultimately, this is a familiar, and ancient, initiation: Bearing private hopes and fears, an older woman passes the young girl a skill, something to protect and reinforce her—allegiance to, and trust in, her own body when all else fails.

When we engage this act of initiation—that first breath held, then released; those first kicks through water; that first flirtation with risk and autonomy—we are also introduced to the stream of women who have passed through it before.

"Remember you're not alone," the mother says. "I'm here."

This notion, of an individual joining a tribe of affinity, holds both for sports and for community. When our bodies learn a story many other bodies have learned already, we link ourselves to a larger, continuous narrative. We breathe in together. We breathe out together. And our suffering and victories contribute not only to our own trajectories but to that larger one—intersecting with youth, womanhood, and what it means to be an athlete.

"There is something so magical and liberating about being in and near water. Every woman deserves the right to experience that feeling, whether in a hijab or not," says Rostom. "Let there be no limits on what women can do with their bodies, just because they choose to cover them. Nike is one of the brands that has championed this inclusivity model, and I am so proud to be sending this powerful message to females across the Middle East."

The ad concludes, "You can't stop sport," with "sport" replaced by "us." The campaign will last a month and is part of Nike's 30-day calendar of movement in the region, coinciding with the fourth edition of the Dubai Fitness Challenge.

The goal is to get more women in the Middle East to take sport up as a daily habit. This is, itself, part of a larger story—it's only in recent years that Middle Eastern women have been empowered to publicly engage in sports at all, especially on the world stage.

"In 2011, I suffered from severe backbone pain, due to the way I walk with a prosthetic leg, and my doctor instructed me to take up swimming. My immediate reaction was to cry, as I didn't know how to swim, and I was fearful I wouldn't be able to do so with one leg," Al Eqabi says.

"This incident guided me to one of the best things I have ever learned, swimming. When I am in the water, I feel a sense of freedom and boundlessness ... I learned that the only thing that's truly stopping you from achieving the unachievable is your mindset, so don't let that stand in the way of your goals and aspirations."

Activities include a virtual coaching hub via WhatsApp, diverse livestreamed sports sessions led by Nike Master Trainers, and a swimming clinic for women in partnership with the Hamdan Sports Complex, led by Olympic swimmer Sarra Lanjef. The Nike Training App will also provide free access to over 200 workouts.

"I coach because I love what swimming gave me, and I want to share my love for the sport with all athletes, especially Arab and Muslim women, to help open up opportunities and experience the thrill of being in water," Lajnef says.

Below, see a photo of the swim-clinic pool at the Hamdan Sports Complex, which is open all month (through Nov. 28), offering daily classes for beginners and intermediate levels. 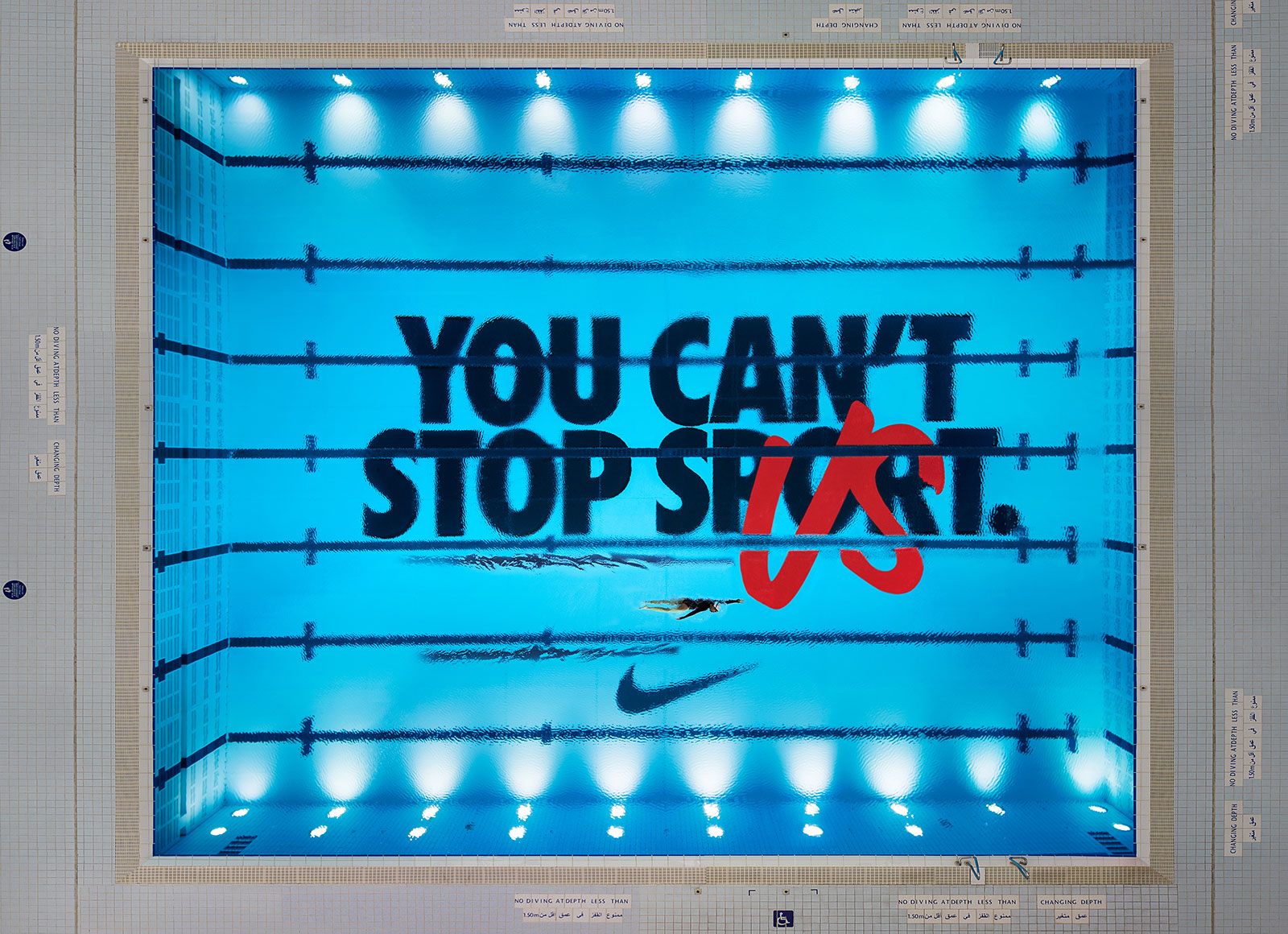