'Work that drains you, that does not align with your values? Just stop doing it' 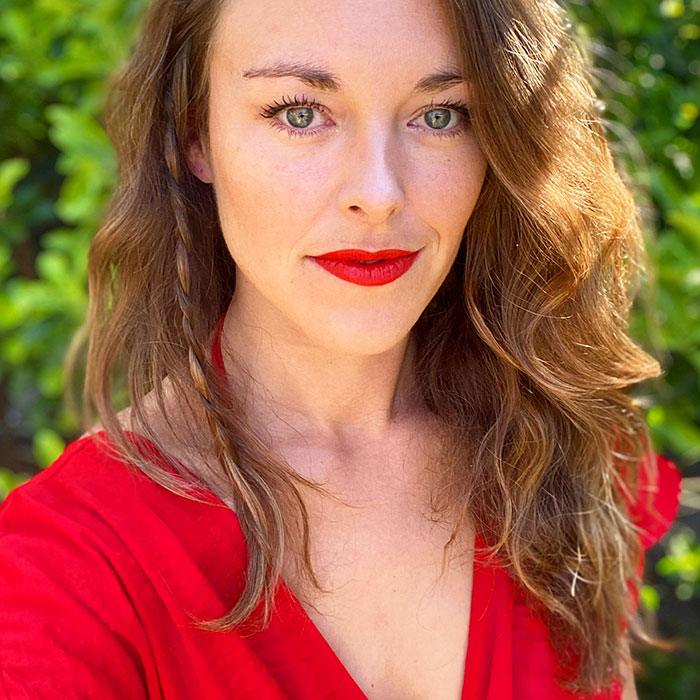 Reinventions profiles people who've made big pivots. Meet Zoë van Horenzeggen, who went from business lead at RSA Films Europe in Amsterdam to environmentalist and Creatives for Climate co-director, operating out of the island of Ibiza, where she grows her own food.

Just before I got promoted at RSA Films, I took a month off to live in an off-the-grid eco-community on a volcanic island in Nicaragua. Before I took on such a responsibility, I wanted to learn how to open my own coconuts. I felt the need to prove to myself I could survive in the jungle, with nothing but a machete, before going back to the urban jungle of the creative industry. It was my way of staying grounded and not getting lost in the vacuum of wining, dining and networking.

Surprisingly, I learned a lot more from living off-grid than just opening my own coconuts. I learned about permaculture, nature-based solutions, and a regenerative way of life.

Coming back to the city of Amsterdam, exchanging my hiking boots for high heels again, the first step I took was joining the Creatives for Climate Summit at Patagonia in 2020, called "Action Works." Sitting there, next to 150 agency leaders, hearing Alex Weller speak about our climate and ecological emergency, suddenly it hit me: There is no campaign on a dead planet.

I wanted to be part of C4C, so I signed up, volunteering as a strategist. From there on out, I dedicated my Fridays to the future, inspired by Greta Thunberg, and started working with a brilliant team of strangers who were, like me, itching to use their skills for good.

Shortly after I joined Creatives for Climate, a global pandemic hit. Against all odds, while companies were suffering, C4C flourished. With a lot of creatives being stuck at home, the appetite for impactful briefs skyrocketed and we grew exponentially, from an Amsterdam-based grassroots movement to a global network.

I realized I love building an organization that allowed its team to flourish. It was an absolute joy to work alongside C4C's founder, Lucy von Sturmer, and explore this emerging space. Though we were overrun with requests next to our "day jobs," we could handle it due to the sheer enthusiasm. We tied the knots leading to some amazing achievements, proving the rallying cry we started out with: Action works!

The biggest obstacle for me, during the pandemic, was fear. Fear of the unknown. Before Covid, my all-consuming job and extravagant artistic lifestyle prevented me from stopping and thinking about my purpose on this earth. The pandemic did that for me, and made me realize the severity of the state our natural world is in. Creatives for Climate gave me knowledge and inspiration to shift to a solutions-based mindset and extinguish that fear. It's absolutely astonishing to learn the solutions that are already out there, just waiting to be adopted by us.

I decided to escape the city. I visited a friend in Ibiza and never left. I have been living on this bountiful island for half a year now, in a little studio in the mountains with a compost toilet, two dogs, and proper WiFi, growing my own food in a little garden. What has fundamentally changed for me? Everything!

But most importantly, I'm not afraid anymore. I have nothing left to lose. Whatever is going to happen next, I'm ready for it and have pledged my spirit to the land. I understand I'm just a tiny ant in this massive system forged by our collective intelligence, and the only thing I can do is play my part to the best of my abilities. The part I choose to play is acting on the climate and ecological emergency, using my power platform and influence to help the collective shift to a regenerative culture.

A flight to value is inevitable. As I fled the city to live closer to nature, my sense of personal value changed. I start to realize that working to make other people money is an absolute waste of my time and skills. I would rather have less, and do something meaningful.

My advice to you: Find purpose; it will drive you. If you get the chance to work on something that you are genuinely interested in, you'll find the work gets done with effortless ease. Work that drains you, that does not align with your values? Just stop doing it. It's more productive to grow a garden and eat your own food.

Seriously, gardening is becoming a revolutionary act. It's estimated that we are losing topsoil at such a rapid rate that we have 60 harvests left. A flight to value is inevitable. I mean actual value. We can't eat money.

The woman who welcomed me into Creatives for Climate should be credited here: Lucy von Sturmer. We both left our lives and started working remotely as Creatives for Climate went global. I learned a great deal from her about the paradoxes of the sustainability space and the power of creatives as storytellers and mythbuilders of our society.

There is no way back. I could not live in a city like Amsterdam anymore. It would decrease my quality of life. I would love to come and visit the city sometime, to enjoy its cultural richness and diversity. But I need fresh mountain air, the taste of freedom in self-grown tomatoes, and the sound of birds when waking up. It keeps me sane, and dedicated to doing what I came here to do.

Environmentalist, and co-director of Creatives for Climate.