When the World Zigs, Zag. Why It's So Critical to Be Distinctive

Hedwig von Restorff and the science of standing apart

You slowly shuffle towards the station ticket gate, a part of the throng of passengers dressed in greys, blues and blacks. As you finally reach the turnstile your eyes are drawn towards one of the staff on duty. The man, probably in his 50s, looks like an old punk: head shaved to the scalp apart from a two-foot-tall bright blue mohawk. You wonder idly what would happen if you turned up to work with a mohawk?

Of course, you noticed the mohawk, rather than one of the hundreds of short back and sides. You're hard-wired to notice what's distinctive. The academic evidence for this dates back to 1933 and the experiments of a young, postdoctoral student, Hedwig von Restorff.

Restorff was a pediatrics researcher at the University of Berlin when she published her study on memorability. She gave participants a long list of text: it consisted of random strings of three letters interrupted by one set of three digits. So, for example: jrm, tws, als, huk, bnm, 153, fdy. After a short pause, the participants were asked to remember the items. The results showed that items that stood out, in this case the three digits, were most recalled. This is known as the Von Restorff, or isolation, effect.

Unfortunately, soon afterwards Von Restorff's career was cut tragically short. The Nazis conducted a purge of the university, and she, along with many other psychologists, was thrown out. Hedwig, who wasn't even 30, never published again.

But that experiment was more than 80 years ago. Do the findings still stand? My colleague, Laura Weston, and I investigated. We gave 500 nationally representative participants a list of numbers: 15 written in black, one in blue. A short time later we asked which number they recalled. Respondents were 30 times more likely to recall the distinctive number.

We repeated the experiment with brands. Respondents saw a list of logos: 11 car brands and a fast-food brand. Again, after a pause we asked which brands they could recall. Consumers were four times more likely to mention the fast-food brand than the average car brand. Being distinctive makes brands memorable. This might sound like an obvious point, but it is one that is studiously ignored by the advertising industry.

How to apply this effect?

Much advertising slavishly abides by category norms. Copernicus Consulting analyzed 340 TV ads that ran in peak-time TV in 2001 and identified a differentiating brand message in only 7 percent of them.

You can see the herd mentality in action in lager. In Britain, the leading brands invariably sponsor football. In 2012, four of the largest properties were sponsored by lager brands: Carling were sponsoring the League Cup, Budweiser the FA Cup, Heineken the Champion's League and Carlsberg were the official beer of the England team. Such was the clutter that Campaign magazine said they are "playing 11-a-side on a 5-a-side pitch."

The same lack of variation is in evidence in other categories. Car ads are prone to loving shots of the model rounding bends in the rugged countryside. Fashion ads feature beautiful people pouting at the camera. Watch ads take it the furthest. Almost every ad shows the same time on the watch—a few minutes either side of 10:10. That specific time was chosen because the hands clearly frame the logo. The HTC phone ads run 10:08 on the time on their screens, even though it's displayed digitally!

Mimicry comes at a cost. According to Vic Polkinghorne, founder of creative agency Sell! Sell!:

What might seem like a safe choice in the confines of a boardroom will most likely be a waste of money when it's out in the real world. Advertising that feels safe or familiar is actually quite risky—there's no "safety in numbers" when it comes to advertising. If someone else is doing something similar to what you're doing, or looks or sounds like you, you're both in trouble.

Your task, therefore, is to identify the formulaic rules of behavior in the category you work in and subvert them. The rewards can be immense, as the case of comparison sites reveals. In 2008, the main brands followed the same tactics. Gocompare, Moneysupermarket, Confused and Comparethemarket all focused on their functional benefits—how many insurers they compared and how much they saved the average consumer. Undoubtedly, these are important benefits, but as everyone was claiming them, they conferred no commercial advantage.

In January 2009, Comparethemarket broke ranks. Instead of relentlessly communicating rational benefits, they followed a more emotional route. They created the anthropomorphic meerkat, Aleksandr Orlov, who owned Comparethemeerkat. The ads told the tale of how his site kept crashing because of all the people mistyping Comparethemarket. The results were impressive. It rose from fourth ranked site to first in terms of consideration and spontaneous awareness. Quote volumes went up by 83 percent, and the company achieved its 12-month objectives in nine weeks. Distinctiveness paid.

One of my main memories from working with Comparethemarket was how small their marketing team was. They had a tight group of two or three decision makers. I'm sure this was a factor in their success. The more people involved in a process, the less likely it is, in my experience, to be distinctive. Committees are not conducive to original work. As the comedian Allan Sherman said, "They sit there in committees day after day, and they each put in a color and it comes out gray."

Richard Cimbalo and Lois Brink, from Daemen College and the University of Colorado, respectively, conducted a study in 1982 into the influence of age on the Von Restorff effect. Seventy-two college students and pensioners memorized a list on which one of the items was distinctive. As expected, the distinctive item was the most memorable, but the effect was more pronounced among the younger group.

Advertisers who target younger age groups need to be particularly aware of this and apply it regularly.

3. Why is distinctiveness so rare?

Why, despite the evidence, do few brands break conventions? Dave Trott, the illustrious creative director says:

The problem is nobody ever explains to clients why the obvious is bad. They think it must be right because everyone in their market is doing it. Which is exactly why creatives think it's wrong. Creatives want to be different, to stand out from the environment. But that just looks like flashy pyrotechnics to a client.

However, distinctiveness is more than "flashy pyrotechnics." Perhaps agencies, in their rush to promote the latest fad, have forgotten to emphasize the fundamentals? Agencies must publicize the work of Von Restorff to prove the power of being distinctive.

However, there's another, more intractable, issue. If you're distinctive and the campaign fails, then you could get them fired. "Especially for junior clients," says Trott, "the safety is in doing what everyone else is doing."

If the campaign flops, they can point to the behavior of their competitors as a sign that they undertook due diligence before approving the ad campaign. Ironically, brands have sought to capitalize on this defensive decision-making in their own communications. The line, "No one ever got fired for buying IBM," regularly acclaimed as one of the best ad slogans ever, tapped into these personal concerns.

The final explanation is a myopic approach to data. In my experience, many brands want examples of successful case studies from their category before they commit to a course of action. This leads to mimicry. If, say, all lager brands sponsor football, then there will be examples where it has worked. However, if no brand sponsors, say, table tennis, there will be a dearth of examples. This leads to a vicious circle in which more brands plough money into football regardless of the odds of success.

Brands must seek inspiration from beyond their category. If they do so, they will see one of the common factors of the few brands who have created a genuine step-change in their category is that they were highly distinctive. As the founder of BBH, John Hegarty, put it in his ad for black Levi's, "When the world zigs, zag."

—This is an excerpt from Richard Shotton's The Choice Factory, a new book about applying findings from behavioral science to advertising. Shotton is deputy head of evidence at Manning Gottlieb OMD, the most awarded media agency in the history of the IPA Effectiveness awards. He tweets about the latest behavioral science and advertising findings from the handle @rshotton. 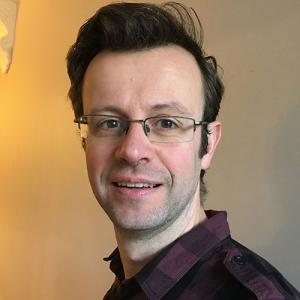 Richard Shotton
@rshotton
Richard Shotton is deputy head of evidence at Manning Gottlieb OMD, the most awarded media agency in the history of the IPA Effectiveness awards.

He tweets about the latest behavioral science and advertising findings from the handle @rshotton.
More from Richard Shotton