Our Collective Obsession With 'Fast' Is Quickly Becoming a Crisis

Here are four tips for slowing down

If you worship at the altar of people I like to call "fast fetishists," you will believe that speed is everything.

Even if you try to resist their thinking, it's permeated every aspect of our existence. Feasting on a diet of news and information that celebrates speed, we've collectively developed a sugar-like craving for "fast," seeking it out in everything from food to fashion. Meanwhile, the brands we interact with today have turned waiting into the bogeyman. Amazon has made same-day delivery feel like table stakes, and if you can't get your pumpkin spice latte in under three minutes at Starbucks, you start getting twitchy.

It's not that living and working this way is making us happier. Speak to anyone you meet, no matter how capable or smart, and they will likely complain about being overworked and struggling to keep up. But our current response to the disease of speed is simply to work harder.

It feels like we're at an inflection point as a society. The pedal is on the floor, our knuckles are white, and the wheels are about to come off. In part due to recklessness in the service of speed, spectacular misjudgments are becoming the norm. Facebook moved fast and managed to fundamentally damage democracy, while Uber's main disruption has been to the idea of sustainable business. With network effects, it's now possible to break a lot of things extremely quickly.

We need to ensure we're being careful and meticulous when dealing with problems that affect vast swaths of people. So, what can we do? Won't we get laughed out of town if we suggest applying more care and craft and taking things a little slower?

Here are some thoughts on how we can start to fix the brand problem that demonizes "slow."

Block out time for uninterrupted thought.

Conventional wisdom tells us that people do their best work when they're up against a challenge, but the opposite is actually true. I've found that people tend to come up with their most creative ideas during quiet periods when they can take time to think deeply, not when they're multitasking and toggling between a variety of unconnected tasks.

I have yet to meet anyone who can be relentlessly productive all day every day. Recognizing the importance of carving out time for thought is a critical first step to making yourself more productive—and happier—overall.

Slow down to speed up.

By slowing down and being methodical in the process of making plans and setting strategy, you'll ultimately save time when you execute by avoiding costly mistakes.

Former WeWork CEO Adam Neumann has become a cautionary tale to illustrate this lesson. In his haste to grow WeWork at the speed of light, he took on too much debt and expanded into nonprofitable spaces that took attention away from the core business.

Recognize that not all parts of a design process are equal, and you can change up your cadence. There are moments when you should be fast and loose, especially if you want to develop ideas that really push the envelope. At other moments, reflection and deliberation are required.

When I first started out, every project would have an "all-eventualities" plan, which gave you a moment to pause and consider every conceivable problem and its prospective solution. The act of writing was, in itself, a safety check. I can't remember the last time I saw one of these, which is symptomatic of a bigger cultural shift.

Imagine asking a 100-meter sprinter to run another race after crossing the finish line. You obviously wouldn't, and that's because it clearly isn't possible to maintain high velocity for long periods. What's less understood is that recovery is also crucial for creative professionals.

"Sprints" have unfortunately become ubiquitous across an increasing number of industries, and if every Monday to Friday is now a "sprint," the only possible outcome is fatigue. If we shift from "sprints" to "walks," ideas will flourish.

When we look back at the last decade, it may well be that Facebook and its ethos of "Move fast and break things" will have been the nadir of our collective obsession with speed. It's debatable whether all this frenetic activity adds to our creativity and productivity or has actually constricted it. The most effective individuals can both act and reflect, which demonstrates that the secret of truly successful creative people might be learning to slow down early in life.

So how about we try on "Move purposefully and create long-term value" for size? That would be something to be proud of. 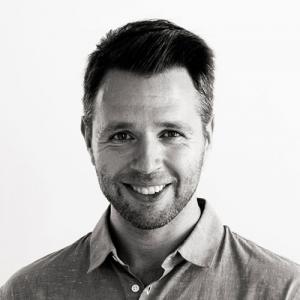