A frank chat about how best to work together

It seems crazy to think about now, but remember how art directors and copywriters used to work on separate floors? And then Bill Bernbach had the genius idea of putting them together and now we're living in a revolutionary era of creative advertising?

OK, that's a simplified version, but you get the gist.

Point is, history taught us that partnership and collaboration leads to better, more effective, more breakthrough ideas. And in an era where ideas have to do so much in so many spaces, the question arises: What's our generation's version of art and copy working on separate floors?

We think a big missing piece of that puzzle is media. Sure, lots of agencies are bringing media in-house (ha, turn of phrase), but not many are utilizing them to their full creative potential.

So that's why we locked a media person and a creative person in a room and made them chat about the state of media and creative's relationship today, hopefully getting a better understanding of how we can facilitate the next revolutionary partnership that will make industry people of tomorrow ask, "Wait, they worked separately before???" 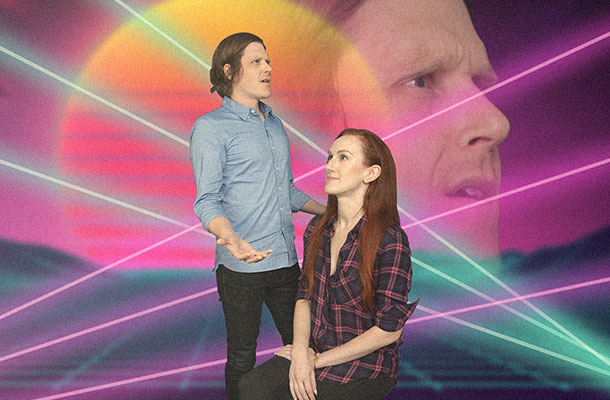 Ashley: Back in the day, there were, like, three media options and three TV channels. Do you ever kinda wish it was still like that? I totally get why the old school "mad men" trope was able to get hammered so much on the job.

Davis: That was before my time, and there is a simplicity to it that is alluring, but that also brings a different kind of challenge. Mostly, concentration of power and limitation of the ways in which brands can connect with audiences. But what developed out of that time was this idea of a "media person"—a stereotype that I don't think media people have been able to shake. There's still this idea that media is just putting ads into boxes for people to see.

But it is actually about understanding business, opportunity, culture. I think the greatest compliment is to have someone say, "You're not like a real media person." We have been in this intense period of specialization, which has been valuable, but we increasingly need people with the ability to strategically connect those specializations into meaningful brand expressions. You've gotta want it, though, because it's hard to do. So, to answer your question, no. Right now is a pretty exciting time to be in this line of work.

With this connection between media and culture, everything has become much more niche—audiences are more specific, and a lot of heavy lifting is expected of the work. How can media and creative teams work together better?

It starts with being curious about each other's process. Trying to understand each other. If connecting with people is the goal, then it's about understanding culture, and no department has the market cornered on that. But with so many tools in media, it seems the earlier these things are applied to the work, the more powerful it becomes; getting outside of that "First come up with the ads, then figure out where to put it" mindset. But generally, creative people getting more comfortable with data, and media people getting more comfortable with things that are harder to quantify, would be big steps in the right direction.

What was the most creative use of media you've ever seen? Was there ever something that made you go, "Damn. That's so smart. I hate whoever did that"?

Love them or hate them, MAGA hats. As a media execution, they were simple and tangible; they helped reinforce the identity of the people that believe in what they stand for. They became part of culture. They're just red hats with white letters on them, but they were energizing whether you were for or against them! People had emotional connections and reactions to this brand, which is so much of what we are trying to do in this work. The hat just became the symbol.

Another interesting, disruptive example is the recent Maisel Day activation by Amazon for The Marvelous Mrs. Maisel. They created an experience across 28 locations here in Los Angeles, taking prices at each location back to 1959, which in some cases, like with the gas station right by our office selling gas at 30 cents per gallon, created major traffic problems, blocking freeway exits and getting the police involved. It completely ruined people's days—they couldn't even get to work. At the core, it's a good idea for creating buzz or awareness around award nominations, though as it was executed, I'm sure many people just found it annoying.

And that's it—if we view our jobs as becoming part of culture, and often in big ways, we have to be prepared for it to have a life of its own. And the end result may be different than what's expected. Everyone wants big ideas, but what is the brand's tolerance for risk?

I'm fully convinced they knew the police were going to get involved so that they would generate even more earned media. Do you have any other favorite examples of out-of-the-box media thinking?

I'm drawn to executions that demonstrate a brand truth, beyond just saying it. Like the "Shot on iPhone" billboards. They are just real pictures that look good enough to be on billboards. It's so simple, but when you see it, it's beautiful, it reinforces a community identity, and it's inspiring for creators—three words. But Apple has earned it. It created products that created a culture. I walk around this office all day and all I see are Apple logos. Look around this room—that computer, that phone, another computer—I was just hit with five Apple impressions in this room. These products were developed based on deep insights about creative people, and we have all become their micro-influencers, and we've paid them to do it! But that only works if a brand has the goods.

Yep. There's so much more to media than placing ads into boxes. That said, is there another misconception about media that drives you absolutely crazy?

Yes, the idea that it's somehow different, or very separate, from the creative process. Problem solving requires massive creativity, and media is perpetually working to solve problems. It's just that our work has so much execution in it, that it often doesn't have the same glow as a creative idea. I think media people haven't done much to help themselves in this area, but as teams we need to understand that creativity can mean many things and we need to maximize it for everyone and challenge each other to apply it in different ways.

Thinking media is separate from creative, yeah, that's definitely a really "boxy" way of thinking about things. And that really hinders the work, too, because if you're thinking media people can only bring you an out-of-home spec or a 15-second spot, you're not even thinking about the real creative opportunities either.

Yeah, you don't get your MAGA hats that way.

OK, let's end with a real talk question. Do media people ever put creatives on mute and talk shit about us?

Well, definitely not at The Many, because we just say it to each other. But yes, sometimes there is condescension from the creative teams to the media teams, because media "is killing the idea" or something. Or media to creative because they don't understand what is involved in a particular idea. But usually if this is happening, it is a sign of a bigger problem in the relationship. If you can't directly talk about stuff with each other, you're holding other stuff back in your work. The more productive thing is to get in a room and hash it out, which takes a lot of emotional maturity, but the on-mute shit-talking is problematic in the relationship, whether it's media, creative or client teams. That's an opportunity for improvement across the board.

Even if it's via video—and I think we can all agree that we all look terrible on most video cams—it definitely helps with transparency.

But ideally, we'd all just be locked in a room together. 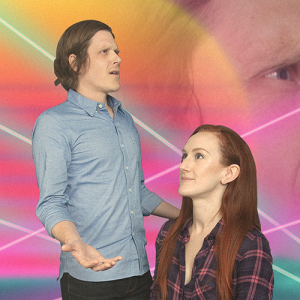