Let Me Tell You About Advertising in a Changing World

Our role in framing a new consumer society

At the beginning of June, 22 associations published a report titled "Big Corpo. Framing advertising and the influence of multinationals: an ecological and democratic imperative." Our profession is often judged very harshly, accused of "consuming the planet," being a "driver of overconsumption and the climate crisis," "provoking political debate" or even developing "image laundering strategies."

Let's move on from these claims to focus instead on what is interesting about the report. Although it does so paradoxically, this report highlights the effectiveness of our business: Advertising sells, it values companies, it is the engine of consumption and therefore of growth. I believe that this efficiency is more necessary than ever as an unprecedented crisis looms. The Deloitte study recalls: "1 euro invested in advertising generates 7.85 euros of GDP." The economic impact of advertising is fundamental to sustaining a growth model, which—even if not perfect—remains the most likely to create jobs.

This primary use of advertising is linked to its etymology. Indeed, to advertise is to "make public in the city." To make public is to share meaning. In this, advertising forces us to question our role, our raison d'être (both functional and emotional) and the reason why we get up every morning. It's giving more meaning to what brands do, create and produce. Beyond just selling, it offers values, a vision of the work, a project. So, I ask the question: Would it be considered progress to no longer show what brands are doing? Some companies are awfully silent. I find them more disturbing than those who speak out. Advertising is about communication, so you expect some form of an exchange. It's important to understand that this inevitably provokes either acceptance or rejection. We know it well: When consumers aren't convinced, they'll tell you.

This contrasts with advertising critics' views who tend to imagine people being manipulated and manipulable. It ignores the fact that advertising does not work when it does not listen to those it addresses. This is yet another facet of its usefulness: communicating people's aspirations. Our job is about listening—we spend days reading, listening, analyzing, understanding, getting to the root of people's aspirations and their sometimes-contradictory desires.

It is because I believe in listening that the "Big Corpo" report interests me. Beyond its critique of the ignorance of our profession, it is fueled by a desire for change. It poses legitimate questions about the consumer society, its limits and the need to rethink it in terms of an inevitable ecological transition. People aspire to "less but better." It is up to us, advertisers, to relay this aspiration to brands and to guide them. Advertising on this subject is obviously not neutral, but is it necessarily a bad thing? By offering guidance, we can contribute to change. In this regard, the question is undoubtedly not knowing whether to kill the advertisement for SUVs but how to make more advertising for electric vehicles. We have a responsibility to represent and support the new version of the consumer society where we have a little less consumption and a little more society. 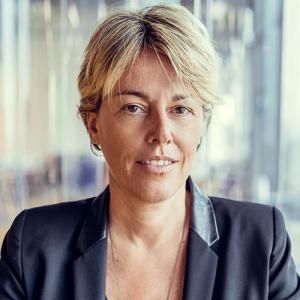