The embrace of music, joy and human stories

In 2016, headlines were dominated by Trump winning the presidency, the latest viral smartphone addiction was Pokémon Go, and a little-known app called TikTok quietly launched on the App Store. While TikTok struggled to build popularity initially, it soon managed to penetrate a mass audience and gain ground. Few could have predicted it would become the social media behemoth it is today, acting as the social trendsetter to such an extent that the likes of Facebook, Instagram and YouTube are battling to keep up.

In short, TikTok nailed the formula.

Its algorithm perfectly engages that vital ingredient all brands are searching for: our attention. After all, we spend all day on our phones anyway, and who among us doesn't have 15 seconds to watch a funny/fascinating video?

Over time, video lengths on the platform went from 15 seconds to 60 seconds, and when they jumped to 3 minutes in July 2021, questions were raised as to whether TikTok was straying away from what had made it so popular—its short-form nature. Naysayers were wrong; the app's popularity surges onwards. In fact, TikTok recently reported it has over 1 billion unique users and has announced that creators will be able to post 10-minute videos. While the days of 15-second viral content are moving further and further away, it's clear that in addition to influencing its social peers, TikTok has had a marked impact on TV advertising. Here's how.

We've tested thousands of ads, gauging emotional response from audiences and assigning each spot a rating between 1.0-5.9 stars. From our research, we know that audiences naturally engage more with captivating narratives, interesting characters and thrilling soundtracks in advertising.

The big trend in ads since the 2010s, as captured in Orlando Wood's Look Out, has been a shift toward short, abstract ads with lots of edits and highly rhythmic soundtracks. It was an aesthetic imitating mid-2010s ultra short-form popular social media platforms like Snapchat and Vine, yet we know these elements don't work as well for brand building, as shifting abstractions tend to appeal to the narrow focus attention of the left brain. And if you don't retain focus, you risk being forgotten beyond "short-term sales" potential.

The rise of TikTok as Gen Z's creative platform of choice may help change the game, though. TikToks are packed full of cultural references, snatches of old melodies, like the viral sea shanty craze, and create strong personal connections with the audience. There's more of a story and more emotion. This style of narrative engages the right brain and its broad attention, which helps to explain why TikTok became so enjoyable and addictive.

These enjoyable and addictive characteristics all make for more effective advertising, too. We've seen this style reflected in some of this year's most popular ads, particularly at the Super Bowl. Frito-Lay's spot, which features cute animals dancing to Salt-N-Pepa's "Push It," brings the nostalgia factor and ultimately showcases a very TikTok aesthetic. It's not surprising that the culmination of these elements resulted in a 4.9-star ad, the joint highest scoring ad we saw from this year's Super Bowl.

In Orlando Wood's Look Out, he notes how the best TikToks place character and incident at their heart, likening them to the highly influential music videos of the '80s. It's this performative energy that we see in the best TikToks that belongs in advertising and enhances effectiveness.

So what can brands learn? Yes, TikTok is changing, and so too may its demographics as older generations increasingly start using the app, but it's already had an impact on advertising, and a positive one at that. Videos on TikTok go viral for a reason. Their creativity engages us, through their human stories, thrilling soundtracks and joyous nature. Advertising that mirrors this is helping to bring back the vitality in ads that we lost during the 2010s. After all, evoking happiness in audiences is a key driver of long-term brand building.

But even if Gen Z moves on to whatever platform is next, TikTok's impact on advertising has been significant. It held up an alternative to the hyperactive left-brain aesthetic, and more importantly, has given millions of kids invaluable experience in creating and editing work that makes people laugh, cry and feel things. When the TikTok generation hits adland, the results will be spectacular. 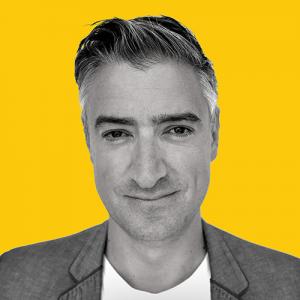