Cracking the Code of Cultural Marketing

In search of unskippable ideas in a fast-moving world

Big brands are being besieged on all sides.

Not only do they have to wrestle with disruptive upstarts who've devised new business models and innovative go-to-market strategies, but getting consumers' attention has become harder and harder. The traditional model of media planning has always been to pay for placement in the most relevant gaps in our lives—the space between our favorite shows, the billboard next to our grocery store, or the page opposite the weekend sports scores. But this isn't working like it used to. Trust in advertising is at an all-time low, and consumers skip, block or simply avoid.

Further, the media landscape is moving at breakneck speed. New channels are emerging (TikTok just reached 500 million users in half the time of Instagram), and new ad-free platforms are booming (Netflix has almost 150 million users, and Disney+ is expected to have more than 60 million users in five years).

These changes beg for a new mode of engagement—one that is built on the memetic power of culture. In this fast-moving world, brands have the opportunity to create ideas so powerful, so topical and so provocative that they move through culture, not around it. The faster they move, the more relevant they become.

We call this Cultural Velocity.

To succeed, brands have to step up. They can't sit on the sidelines; they need a point of view and have to get involved in the often messy issues that are topically relevant.

In our upcoming book, Cultural Velocity: Making Ideas Move, we have analyzed and decoded hundreds of the most successful campaigns from around the world, identifying five paths that create Cultural Velocity to help brands harness this opportunity.

One approach rests on subverting the conventions of a category, brand or personality—bringing together elements from seemingly different worlds that aren't "supposed" to go together, to create surprise, intrigue and conversation. We call this Cultural Collisions.

Take the recent collaboration between financial services company Klarna and Snoop Dogg: No one would have expected one of the best-selling hip-hop artists of all time to invest in a little-known Swedish payments company.

To promote this unexpected partnership, Snoop announced to his Instagram followers that he was thinking about changing his name to "Smoooth Dogg," and the conversation took off, with thousands responding to his initial post before the commercial had even aired.

This collision was taken to the next level when Snoop released an exclusive "smoooth" line of products (cashmere-infused toilet paper, anyone?) that gave people the chance to try the Klarna service for themselves and, as a bonus, add a little smooth into their lives.

The recent Lego and Stranger Things collaboration did something similar, bringing together the most iconic toy brand with the hit supernatural TV show to create a unique playset made for adults. Promoting this using retro-themed videos and mysterious midnight store openings allowed the brand to connect with consumers in an unexpected way.

Cultural Collisions can be funny, surprising or entertaining, but there are also more serious ways to create meaningful conversations through culture.

One is what we call Cultural Spotlights—taking an important issue that is not receiving a lot of attention and bringing it to the fore, providing the spark that ignites it into mainstream consciousness. A great example of this is the recent Dove, Girlgaze and Getty Images collaboration created to break outdated beauty stereotypes. Called Project #ShowUs, it involves a collection of 5,000 photos that show women and non-binary individuals as they are, with no digital distortion.

This powerful idea shines a spotlight on unrealistic cultural imagery and the damaging effect those images can have on a person's self-esteem.

These new modes of cultural marketing can accelerate brand relevance (e.g., Klarna's brand liking increased by 42 percent) but it does require agencies, clients and partners to be brave, working together to make an idea so compelling people can't help but talk and share.

It challenges brands to be authentic, have purpose and not get tempted to dip into issues or collaborations in a superficial way.

By understanding how to make ideas that move and catch on, all brands can harness the power of Cultural Velocity. 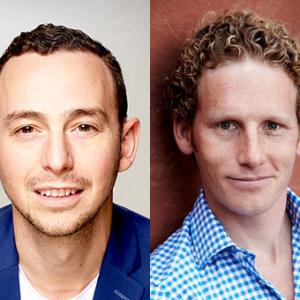