Rapper will design apparel for the crew, too 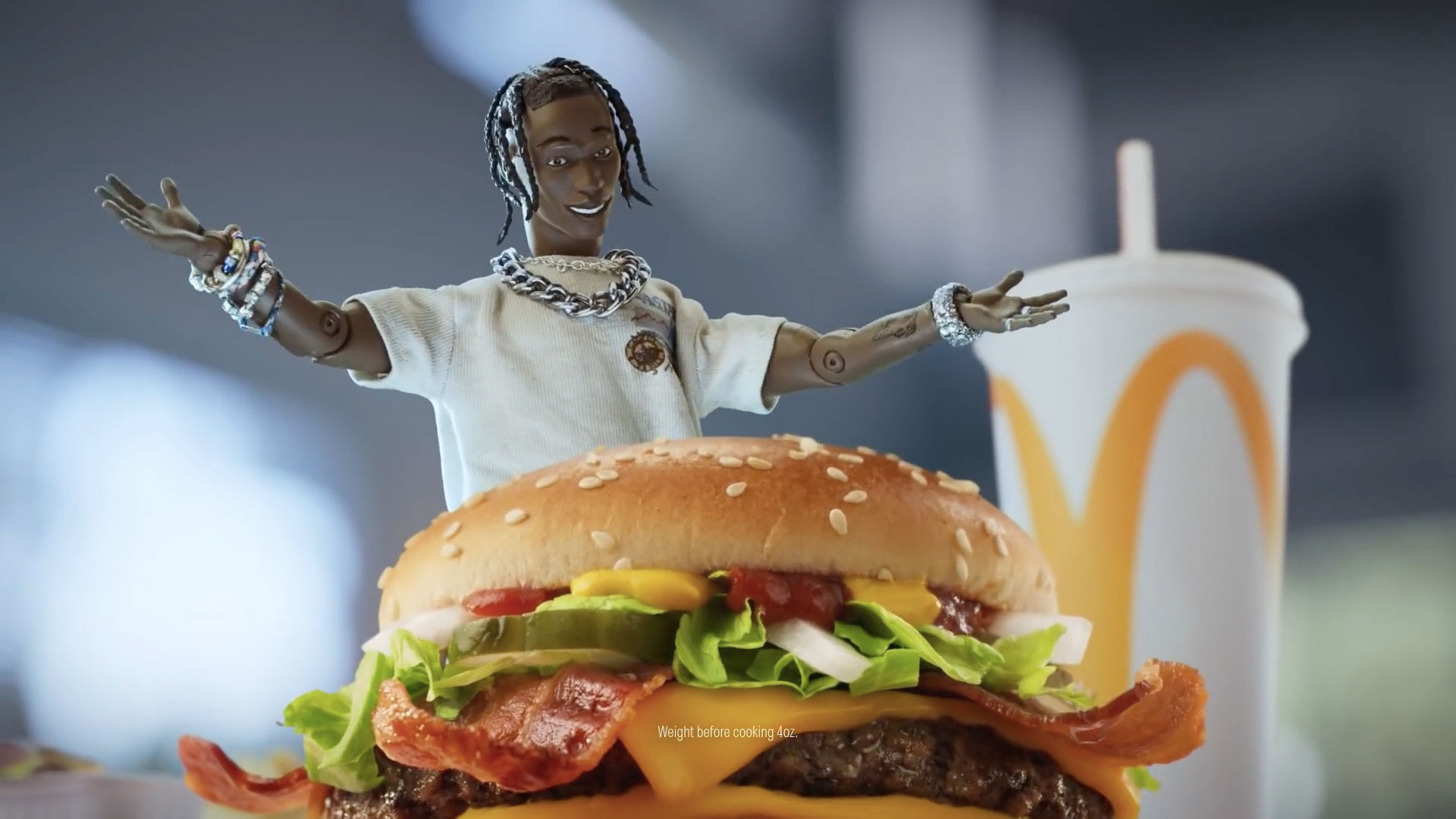 Today, McDonald's unveiled a Travis Scott Meal nationwide, marking the first time since 1992 that the chain has named a menu item after a celebrity. (Trivia answer: It was Michael Jordan!)

As his foot-high likeness hops onto a Golden Arches table, Scott waxes poetic about his go-to: a Quarter Pounder with Cheese, medium fries (with BBQ sauce for dipping), and a Sprite:

Yeah, there's bacon under the hood. It's Lit! (That line appears in the ad, right before "I'm Lovin' It.")

Participating shops will carry the $6 Travis Scott Meal through Oct. 4. Scott will also design custom apparel for the Golden Arches crew, and team up with McDonald's to support community organizations.

A few weeks ago, another hip-hop star, Tinie Tempah, shrank down to promote fast food in Burger King's somewhat similar "Rapper on a Whopper" campaign.

In Febrary, Scott, aka Cactus Jack, played into one of the year's most notable music-related projects, when Space150 unleashed its self-promotional "Travis Bott" video. The agency fed Scott's songs into an A.I. algorithm to produce a chill track, "Jack Park Canny Dope Man," and employed face-mapping to transform an actor into a freaky Travis look-alike. Now that shit was LIT!

Also, in April, he drew 12 million viewers to a virtual performance by his avatar inside the video game Fortnite.