'Listening Together' dovetails with Covid pandemic

Not surprisingly, music has been one of the main things that's helped people get through the isolation of the Covid-19 pandemic. Its power to soothe, and to inspire, and to instantly drill down emotionally to the very core of the human condition, has been a boon in this time of hardship. (The question in our #WFH Diaries series about what people are listening to has been a wonderful way to see the range of choices people have embraced.)

Now, Spotify, as it so often does, is crunching its user data to build a fun creative expression of the power of music to connect people—even if they don't know it.

With its hundreds of millions of users, Spotify has surfaced a pretty staggering stat point: Every second on Spotify, more than 30,000 people around the world are pressing play on the same song. That insight has led to a new campaign called "Listening Together," which includes an interactive map of the globe that shows examples of two users around the world listening to the same song at the exact same time. 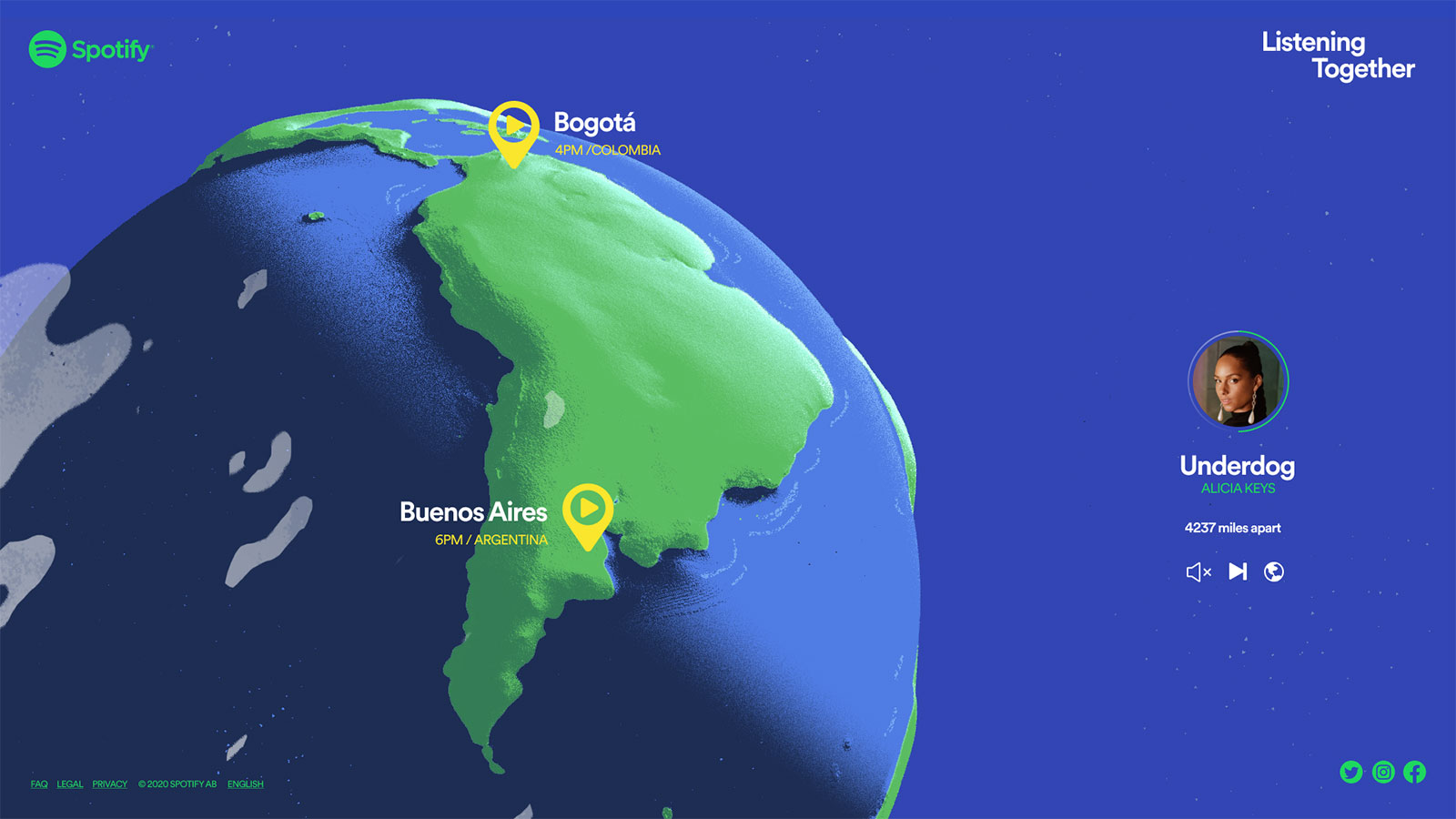 "Suffice it to say, listening connects us, even when we aren't expecting it," the brand says in a blog post. "Now, through our new global campaign, 'Listening Together,' we're celebrating audio's unique power to unite us—even when we're apart."

It would be cool if users could see who else is playing the same song as they are at a given moment—but that functionality is not available yet. Spotify says it is planning to evolve the interactivity of the project, though.

The campaign also includes "Listening Together With" playlists, built by artists like Selena Gomez, Lil Yachty and Dolly Parton, who are sharing what they're listening to these days.

It's a nice way to emphasize how music brings people together. And in fact, the whole concept is one Spotify has explored before. Way back in 2014, media artist Kyle McDonald created a "Serendipity" map for Spotify, which showed users around the world who has clicked on a song within one-tenth of a second of each other. That site used recorded data, not live data, however.