10 years of the 'Wrapped' treatment

Spotify's year-end outdoor advertising campaigns have become a fixture of the holiday season over the past few years. But this year, the streaming service—like much of the culture—is looking back at the decade as a whole.

The ads, as usual, are data driven—crunching cumulative user behavior into witty billboards that celebrate the oddly amusing ways people worldwide have listened to music and podcasts on Spotify since 2010.

Here's a sampling of this year's work: 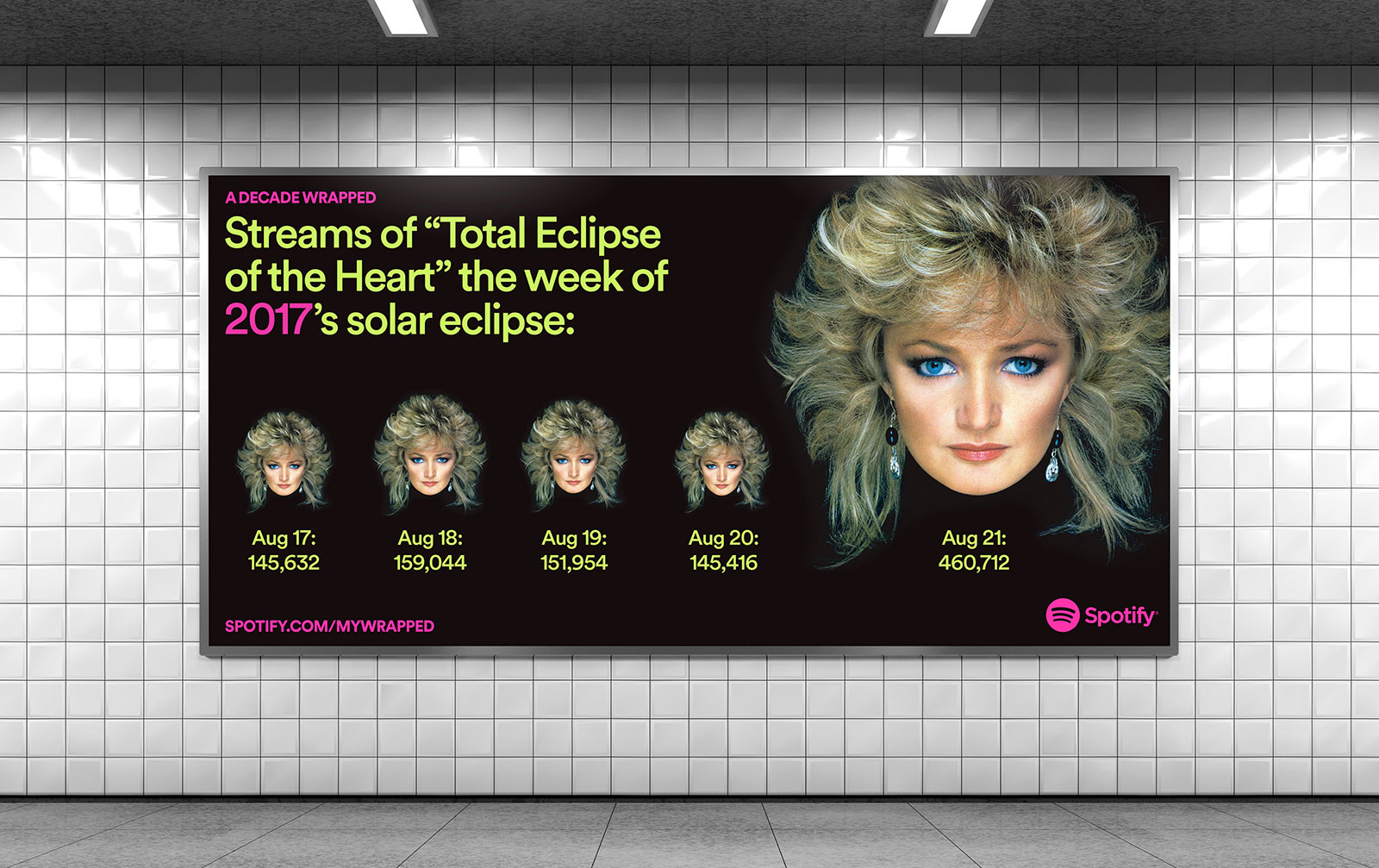 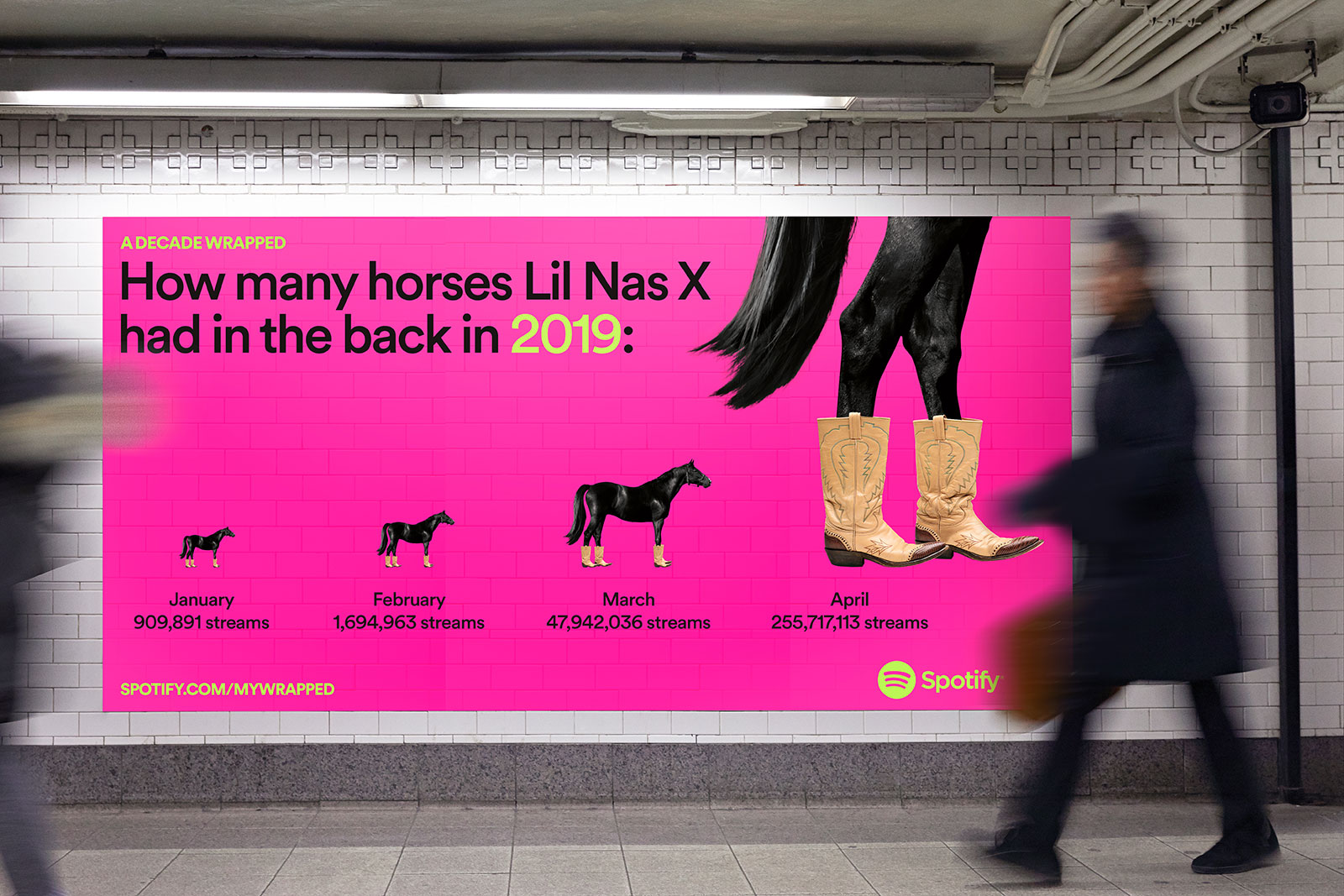 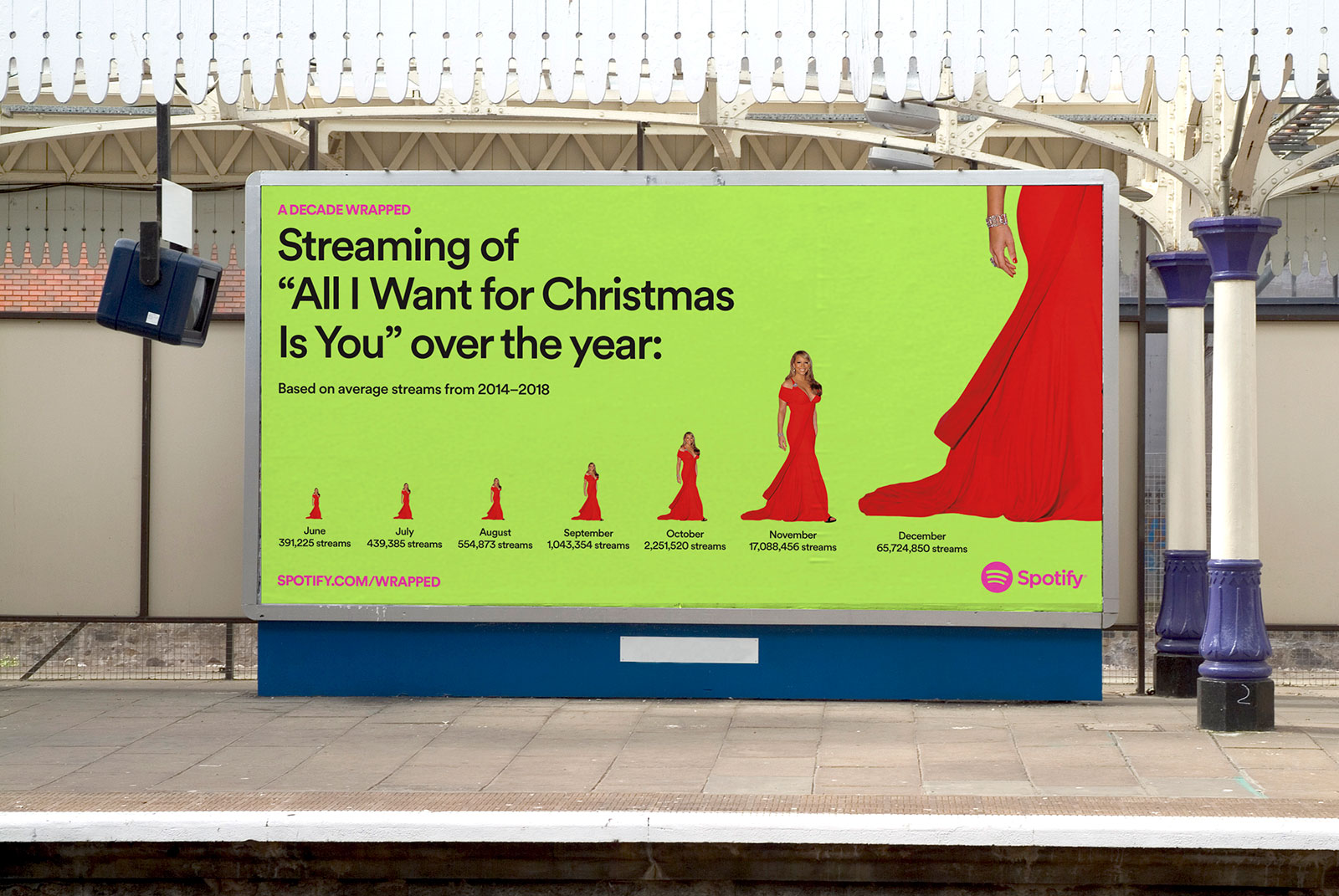 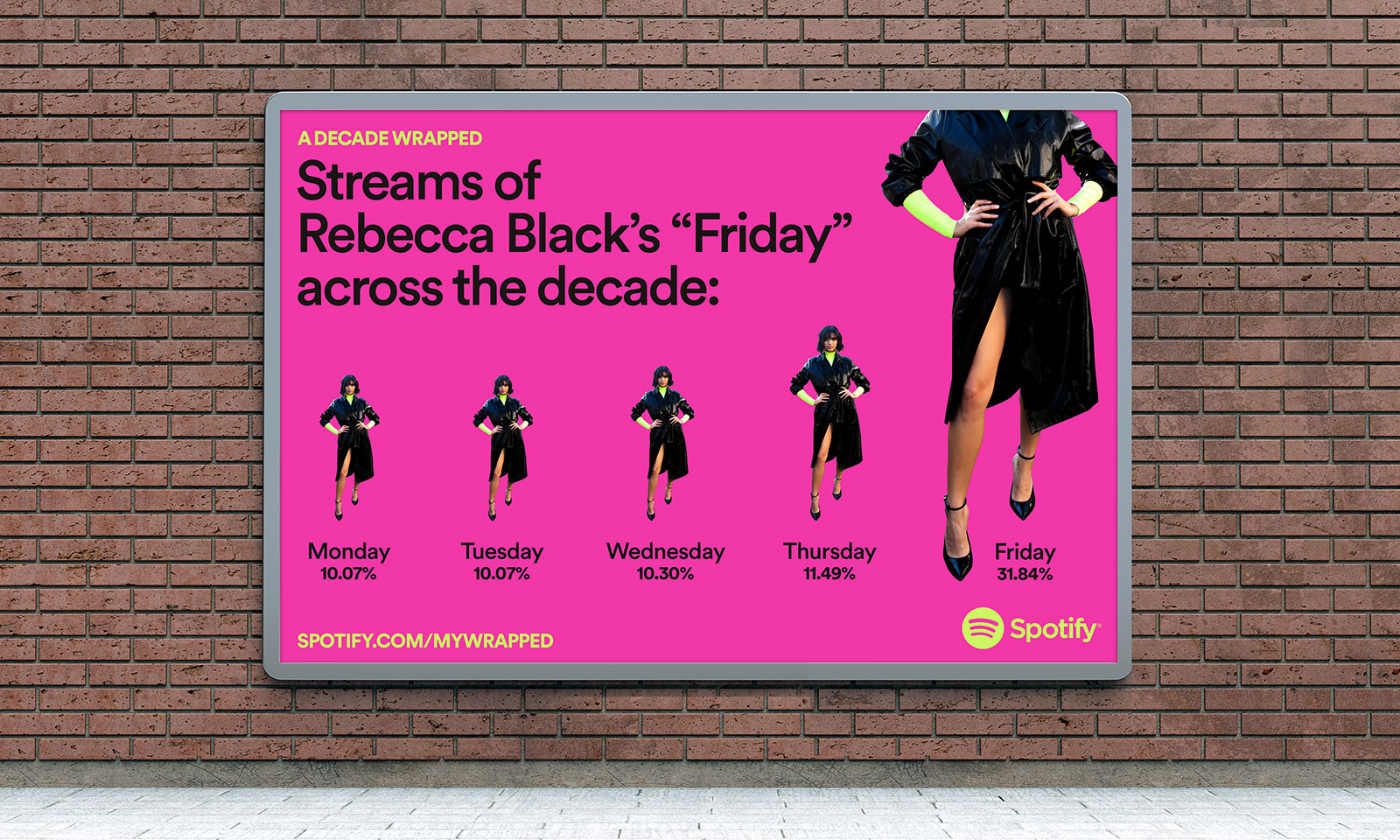 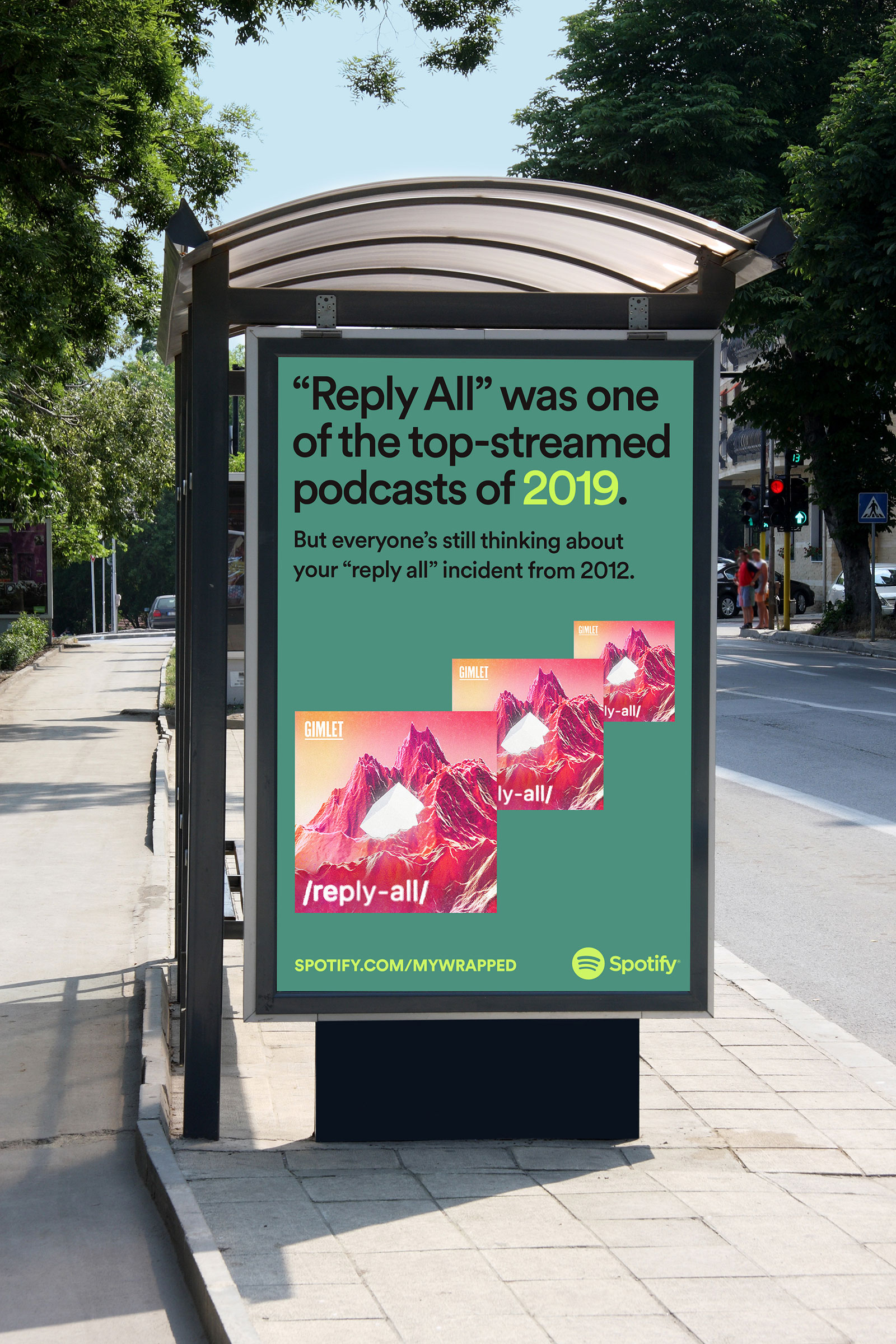 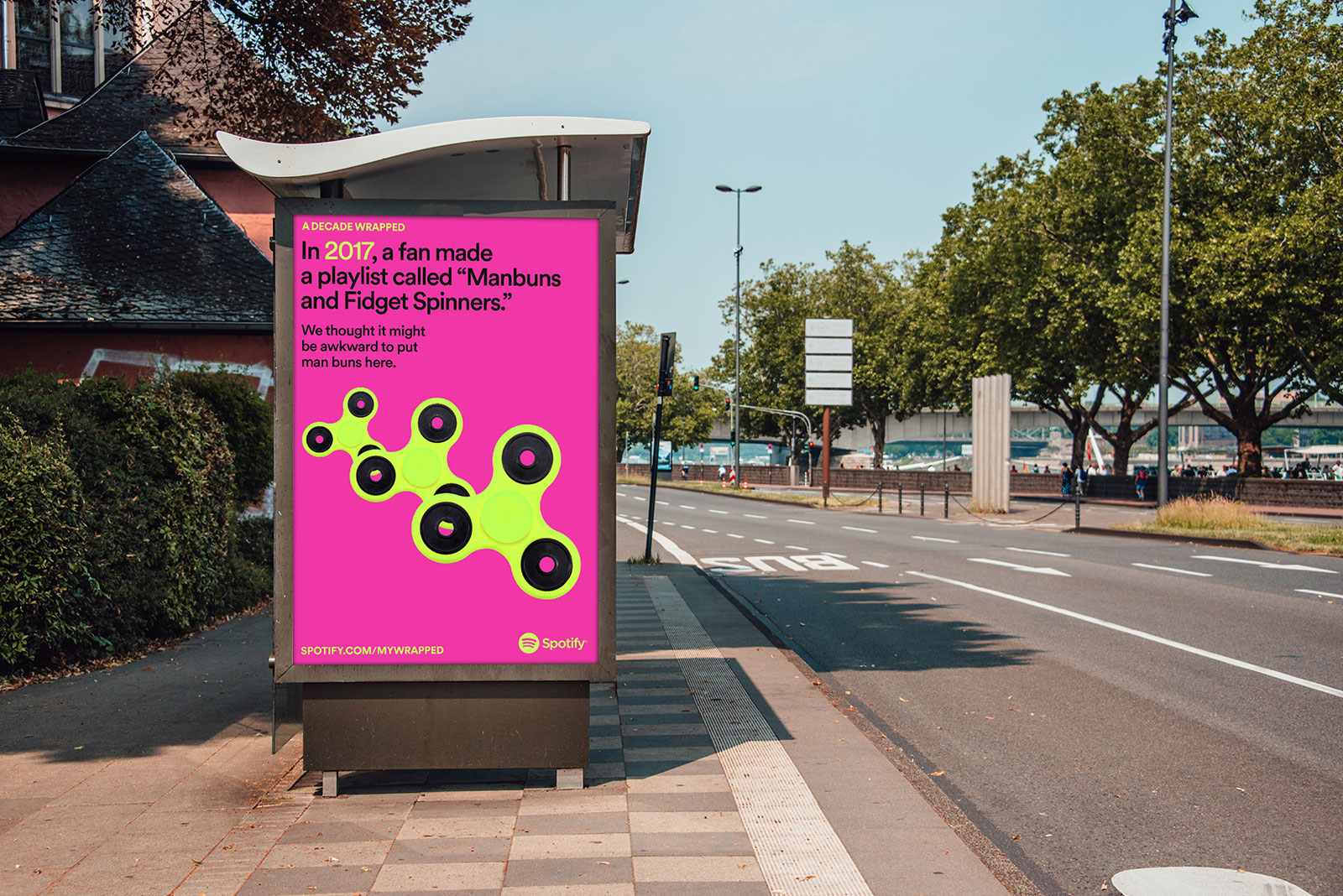 The campaign will hit OOH, digital, social and TV in 21 markets (North America, Latam, Asia, Australia, Japan and more) through the end of the year and feature dozens of artists in total.

"How do you dance to a decade's worth of data? Especially when the last 10 years have been so wild, and had such a compelling soundtrack," said Alex Bodman, global executive creative director at Spotify. "With a Decade Wrapped, we celebrate and show appreciation for the fortunate role we've been able to play over the last decade: connecting the world's best fans with the world's best creators. We hope we'll remind people of the moments this decade that inspired them to smile, share, laugh—or sometimes just scratch their head. In many ways, it's a campaign 10 years in the making."

Individual countries will get unique media buys. In the U.S., Spotify is taking over Penn Station. In nine cities in Germany, the brand has bought multiple high impact locations with complementary lighted projections to surround the market's shopping and pedestrian districts.

At London's Westfield, Spotify will transform Mariah Carey's dress into a holiday wonderland with snowfall floating across our board. In Brazil, the São Paulo yellow line will be transformed into the Spotify Line, a trip across the past 10 years in music and culture—with each station featuring data about a specific year. 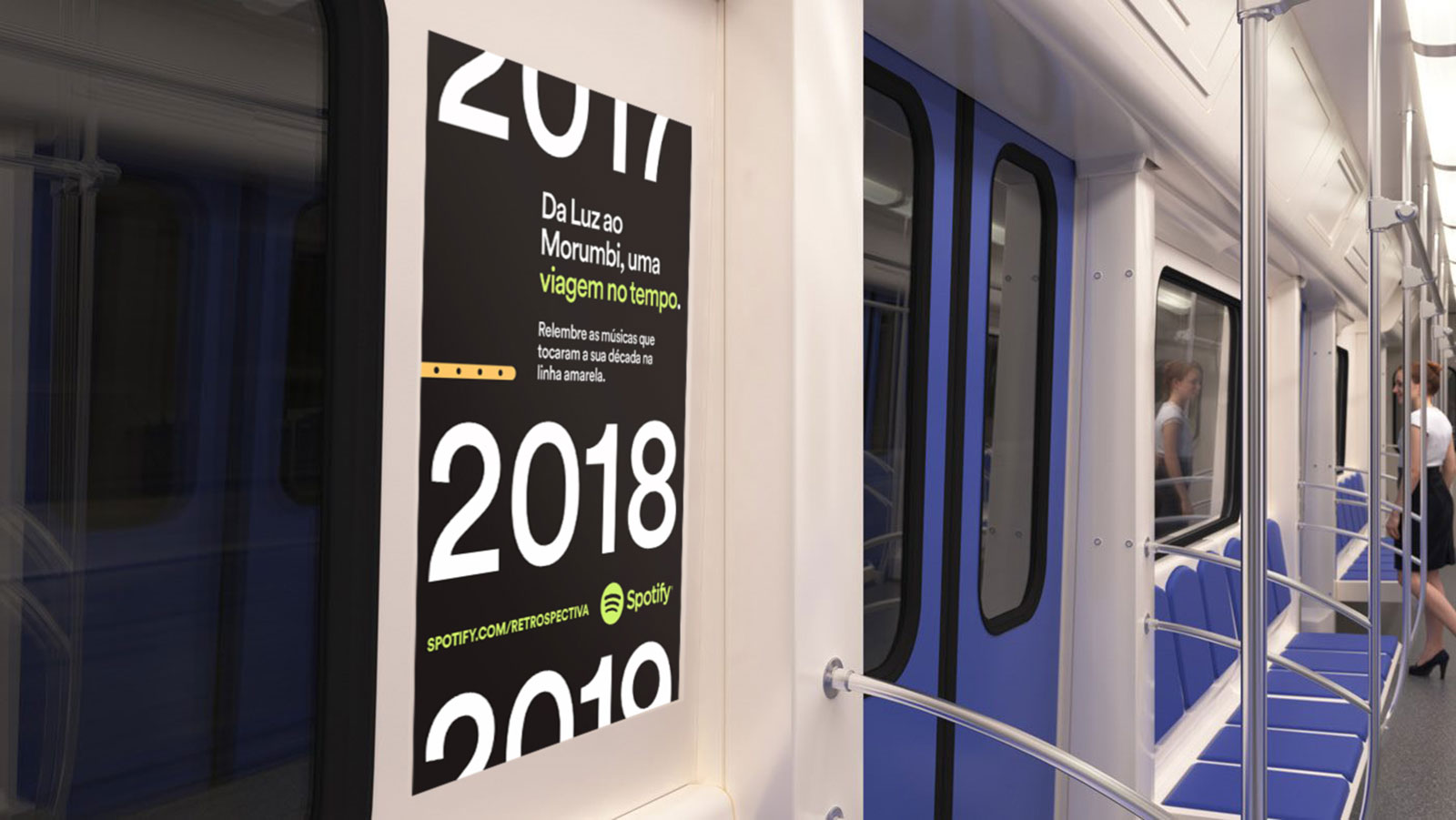 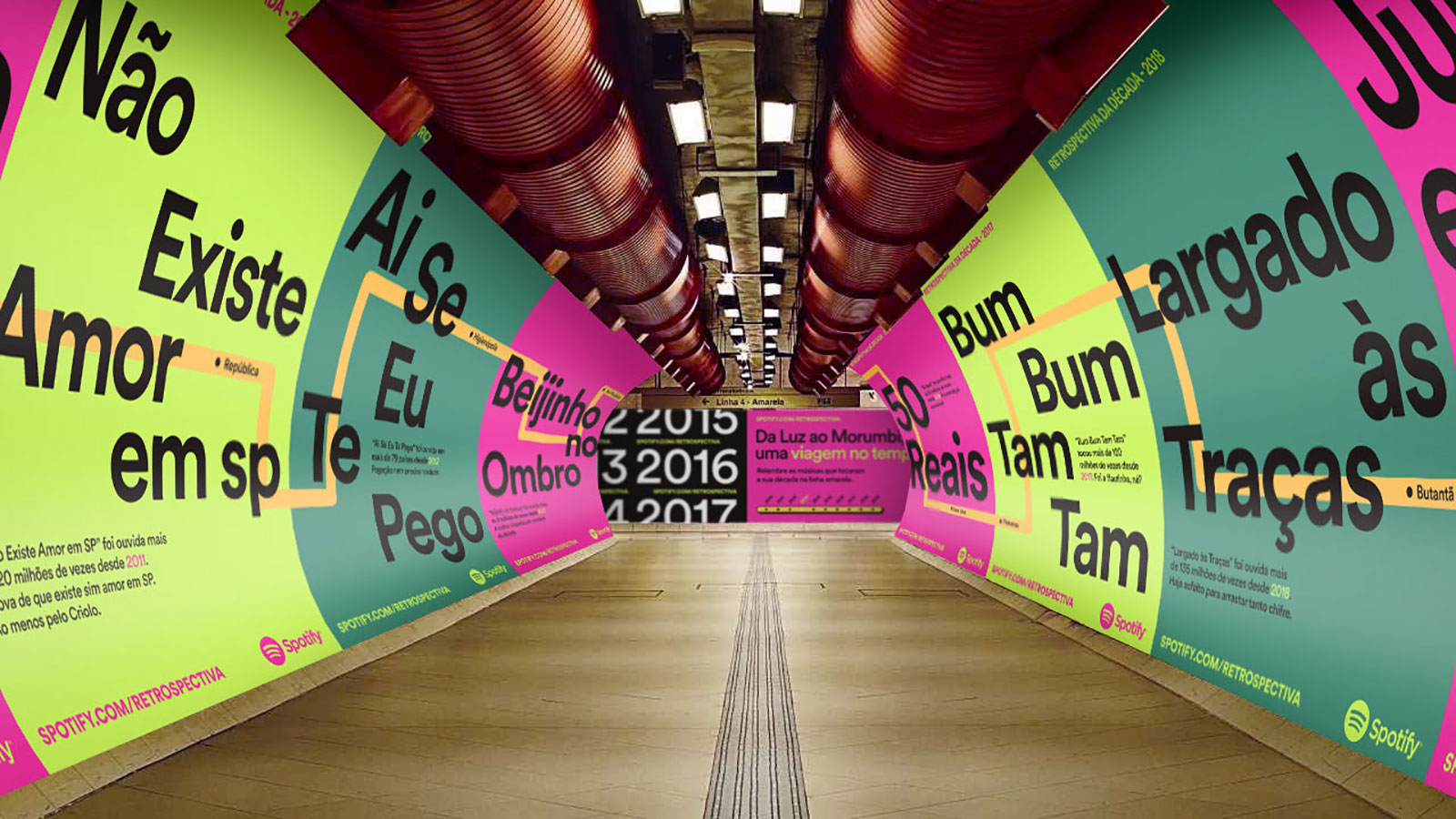 Of course, Spotify is also releasing the Wrapped experience for its users—letting them explore their own listening data. This year, for the first time, users can explore Wrapped within the Spotify app itself, as well as on SpotifyWrapped.com. 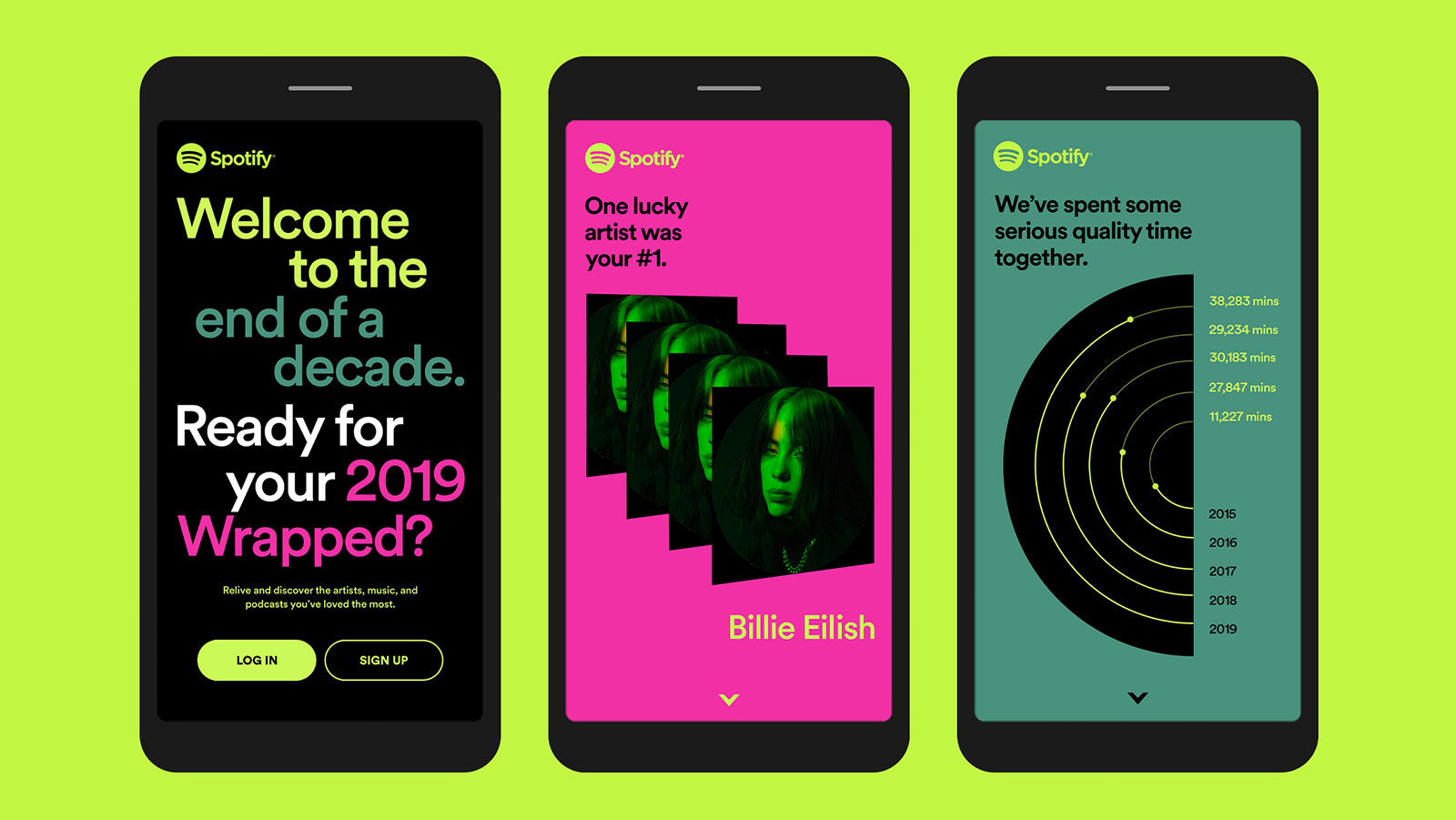 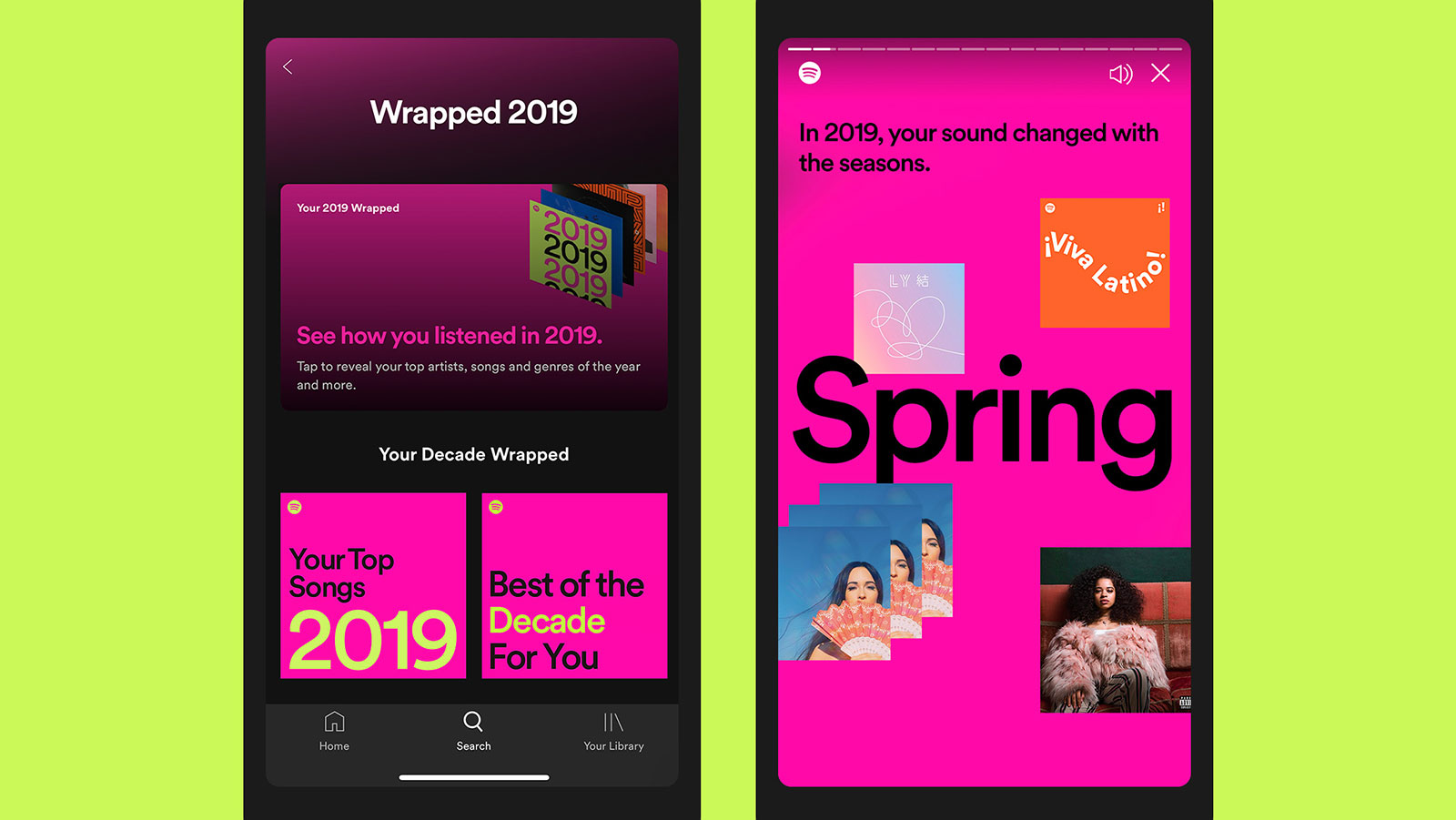 "Our annual Wrapped campaign celebrates Spotify's listeners and creators from around the world. We're putting our fans in the driver's seat with a unique opportunity to discover and share their musical identity," said June Sauvaget, Spotify's global head of consumer and product marketing. "We're excited to step this up in 2019, and let users explore how their taste has evolved not just over one year, but for an entire decade on Spotify."