Roaring jet engines. Electronic beeps and mechanical whirrs. Clacking seat-belts, clinking silverware and a flight attendant's patter. Such elements will sound like music to your ears in a fresh promotional track from Singapore Airlines.

Working with the local office of TBWA, the carrier invited DJ Chong the Nomad (aka, Alda Agustiano) to collect various sounds from inside and outside one of its planes—an Airbus A350—at Singapore Changi Airport.

In all, she captured 45 different noises to create "Non-Stop," a 2:35 ambient track that celebrates, appropriately enough, the airline's new nonstop route to Seattle.

…and here's a snippet of the song on Spotify:

It's a nifty nugget of playful, upbeat electronica, the kind of stuff anxious passengers could stream to help sooth turbulence-addled nerves, or blot out less tuneful in-flight noises like wailing toddlers and such. (The Singapore-Seattle trip lasts about 15 hours, though, so you should probably have a few other songs on that playlist.)

"We wanted to have a little fun and pay a contemporary tribute to Seattle's incredible music heritage by creating a music track that's completely one-of-a- kind," says Singapore Airlines svp of sales and marketing Campbell Wilson.

Indeed, the track is part of a larger campaign called "Seattle Sounds Even Better Now." The creative team sought out 23-year-old Chong because her quirky style frequently melds natural sounds with dance beats.

"I would have never thought that one day I'd use a huge airplane as my instrument," she says. "I was challenged as a producer but also thrilled to be able to do something so original and exciting. I'm glad that music got to play a part in connecting two beautiful cities." 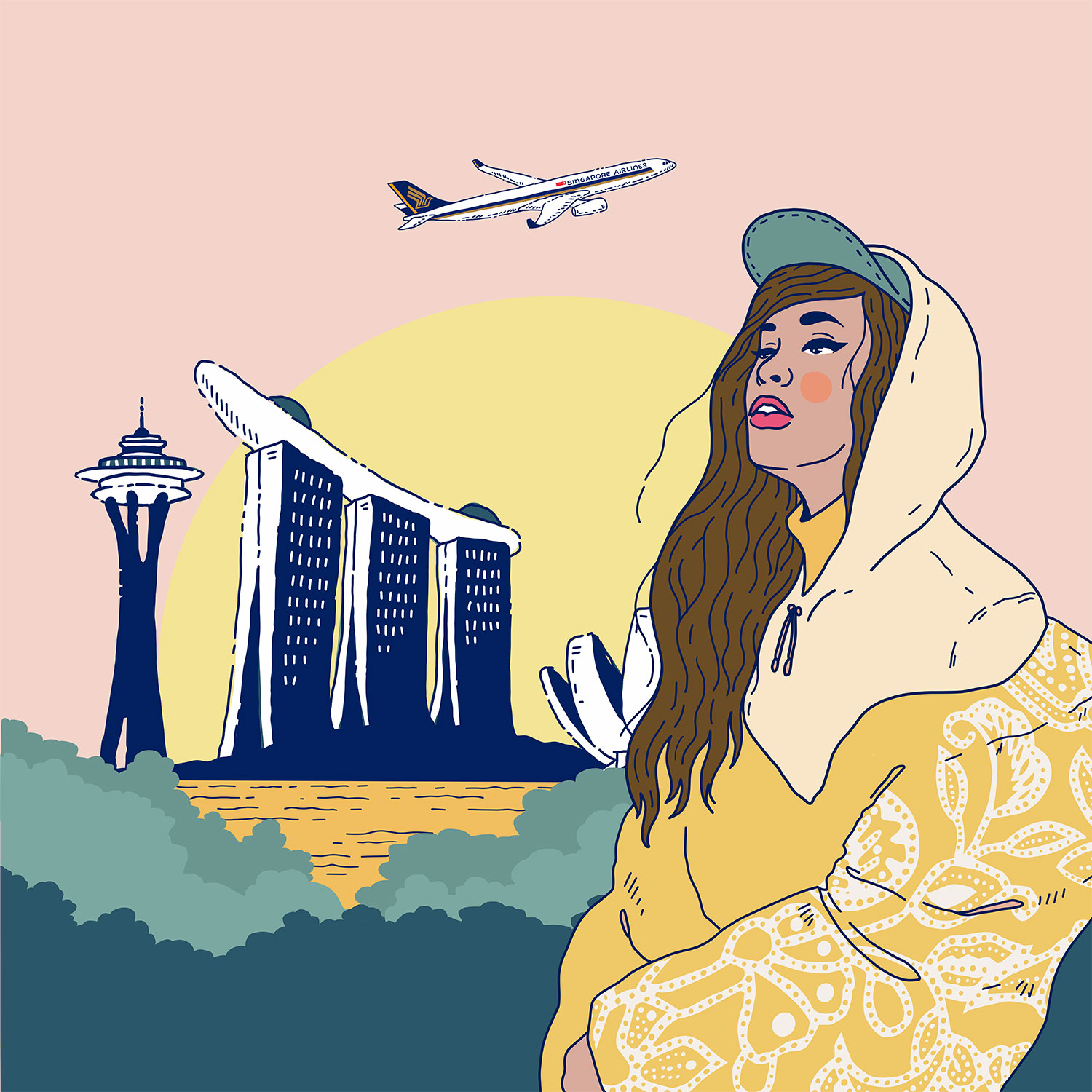 The work follows a flight path adopted by other airlines of late, which have launched ambitious, at times quirky campaigns—perhaps as preemptive responses to those who decry air travel as hellish misery.

Examples include China Airlines's unconventional take on "What Travel Brings You," Turkish Airlines' flight with Legos, and S7's travelogue for extraterrestrials.