Rémy Martin Sends Usher on a Tuneful Trek Through Time

Exploring the bond between cognac and music 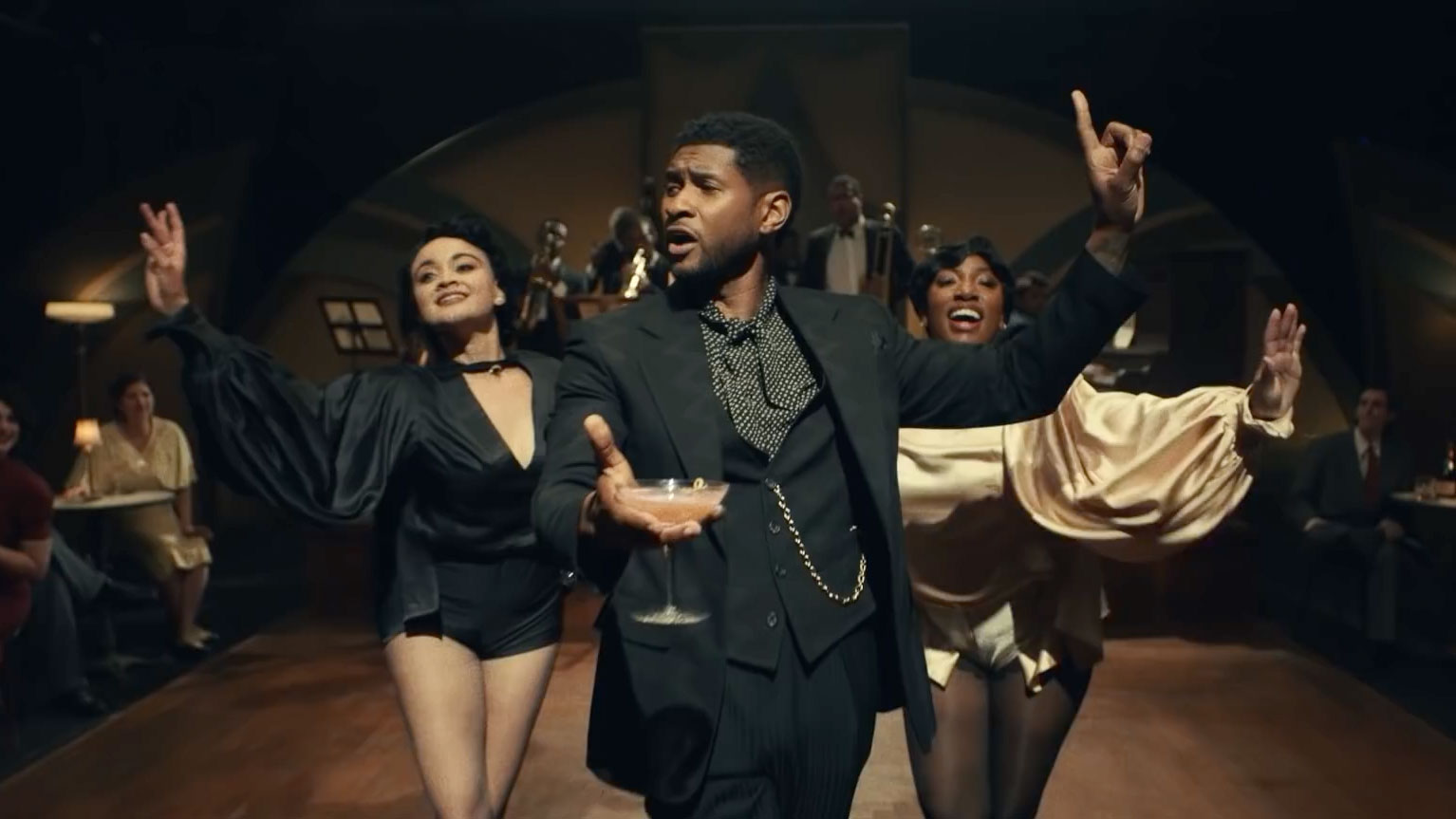 Usher takes a trek though time, and trips the light fantastic, in a joyous film from Rémy Martin that explores the bond between cognac and music.

Fred & Farid New York teamed up with director Jake Nava for the scintillating singing and dancing extravaganza. Opening in 1917 and spanning several decades across the U.S. and France, this rousing tribute to the transcendent influence of Black culture touches on blues, break dancing, hip-hop and more.

"Music doesn't need cognac to exist, and cognac doesn't need music to exist," Usher says at one point. "But what is beautiful is that they were meant to meet, and when they did, they created cultural harmony."

Such statements speak to the power of tunes and movement to break down barriers and subvert fears, bringing people of different ages, backgrounds and hues together for a cracking good time. The period details and high energy are spot on throughout, and the blend of brand message and social discovery feels unforced and effervescent.

Below, Fred & Farid, speaking as a collective and edited for clarity, chats with Muse about the high-stepping spot:

Muse: Why go this route for Rémy Martin?

Fred & Farid: Cognac and music have always lived in the same nightlife and entertainment venues, and the connection between the two has only grown stronger over time. At the end of the '90s, Notorious B.I.G. gave a nod to cognac in his lyrics for "The World Is Filled," calling out, "When the Remy's in the system," a line that was later used by Jay-Z. Examples of musical artists—like Rihanna in "Bitch Better Have My Money"—using cognac brands like Louis XIII, Rémy Martin and others are plentiful.

When Black American soldiers were stationed in France during the two world wars, they opened the eyes, ears and hearts of the French to blues and jazz. They played in clubs, and in return discovered cognac and its culture. Both were naturally found in the same places. Creatively, what interested us was that they are both cultures of excellence that are a part of history. The starting point was to tell a story showing two cultures that don't need each other to exist but live in harmony. This encounter began in 1917 and continues to this day. Telling the story in the format of a musical timeline, where each trend influences the next, seemed to us the best way to celebrate it.

How'd you hook up with Jake Nava, the director?

From the moment he received the script, Jake owned the film and the story. He didn't try to challenge it, but rather he brought it to life in a form that lives between theatrical performance and biopic. We knew his work and his sensitivity through "Black Is King," the opus created for Beyoncé. His love of music—from the early forms of blues, ragtime, jazz, bebop and rhythm and blues, to soul, hip-hop and trap—made him the best possible "conductor" to tell this story. There is a kind of artistic resilience, a unique energy and a tenderness in Jake that makes his work beautiful and uncompromising. His balance between strength and fragility defines his unique tone.

How'd you choose Usher as our guide?

We scripted the film with Usher in mind. His musical background, his acting and his sense of motion support the story. He set the creative tempo.

Also, Raphael Saadiq—his talent as a performer, composer and artist brought the sensitivity, tone and precision required to tell this story in music through time. His composition brings us back to the strength of music in the early days of cinema, when alive orchestra used to accompany films as they screened in theaters. Raphael influenced the acting, the aesthetics and the flow.

The second burst of energy came from choreographer Aakomon Jones. Usher convinced us of his great value in the creative process. We knew about his talent, which was apparent in his feature film projects. Marci Rodgers brought a final touch of sensitivity and finesse to the design of the costuming. The concern for authenticity and accuracy needed to be matched with the aim to entertain inside a format of over six minutes.

Rémy Martin acknowledged that audiences were not interested in a traditional form of marketing but believed that a more cultural approach should be embraced. The length and the choice of the format weren't a constraint.

What should viewers feel about Rémy Martin? What's the big takeaway?

This story is part of the past and part of the future, like the brand's own story. Harmony and beautiful things come from accepting the talents of others. The humility of this approach is meant to inspire us.