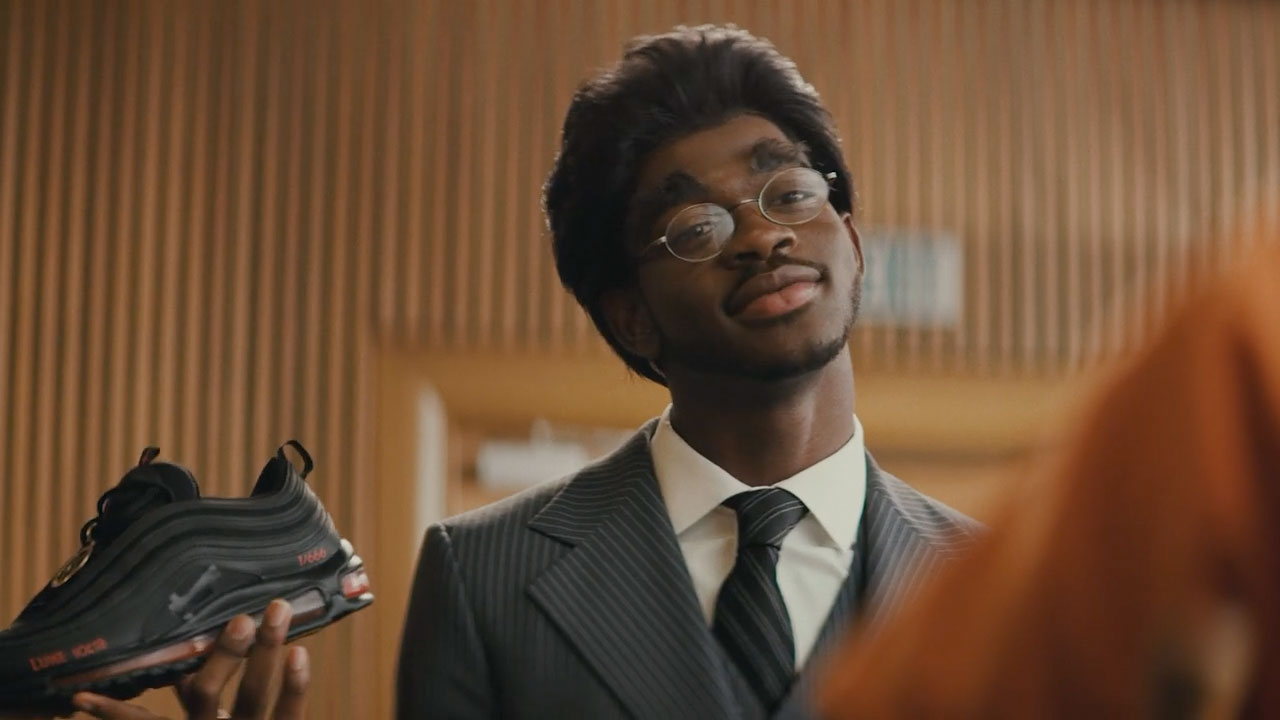 The verdict's in: This short film totally slaps, as Lil Nas X trolls haters and righteously riffs on his legal battle with Nike.

To some extent, the scenario skewers the controversy that swirled around Nas' custom Satan Air Max shoe, developed with MSCHF. Nike sued for trademark infringement, and the parties settled out of court, depriving the universe of a trial that probably wouldn't have played out like the one below:

"Ladies and gentlemen of the jury, this is about much more than shoes," declares prosecutor-Nas before asking defendant-Nas: "Do your momma know you're gay?"

"Yes," defendant-Nas replies from the stand.

Oohs and aahs flood the chamber, as juror-Nas advises society to "lock him up—throw away the key!"

Nas gets a five-year sentence as "Industry Baby"—which drops today, featuring Jack Harlow and co-produced by Kanye West—bubbles on the soundtrack. In the end, the rapper mugs for mugshots, with viewers directed to freelilnasx.com for more information.

It's like the best SNL skit never made: a pitch-perfect indictment of intolerance (and Nike's bully-boy tactics), with justice brilliantly served in the end.