Plus, hear the band's Wilc-O's jingle 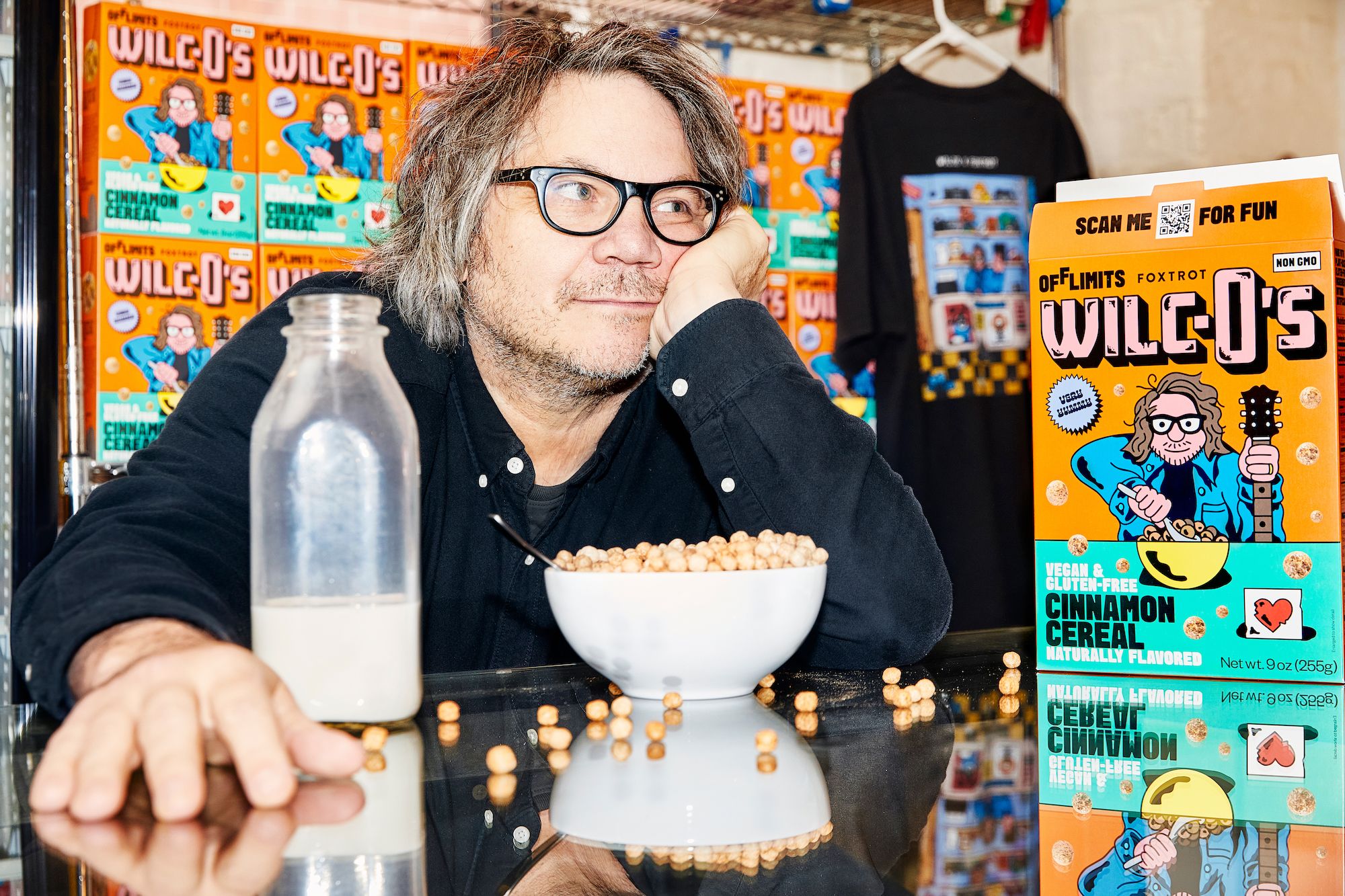 There's "I Am Trying to Eat Your Heart" gummies (a play off Wilco's hit, "I Am Trying to Break Your Heart"); a Jesus Don’t Cry pilsner, created by Great Central Brewing (named for the opening line in "Jesus, Etc."); and a partnership with OffLimits for Wilc-O's cinnamon cereal, with an animated version of frontman Jeff Tweedy on the box.

"We reached out to the brand regarding their name origin," says Crystal Myers, manager of Wilco. "It's unrelated to the band, but we spoke to Foxtrot about doing a local collaboration related to the 20th anniversary of Yankee Hotel Foxtrot. We brainstormed ideas and came up with three co-branded products—beer, cereal and gummies—to sell at a pop-up event."

For two weeks, the store was transformed into Wilco central, with custom signage, merch and product displays. Everything sold out, and the beer was first to go.

"The kickoff party took place with local bands and it matched with Wilco's Chicago tour date," Myers tells Muse. "We have done pop-ups before, but it's usually very merch-focused. Wilco is more than just the music. These are extensions of the brand. We'll release some of the items again when the album is re-released in September." 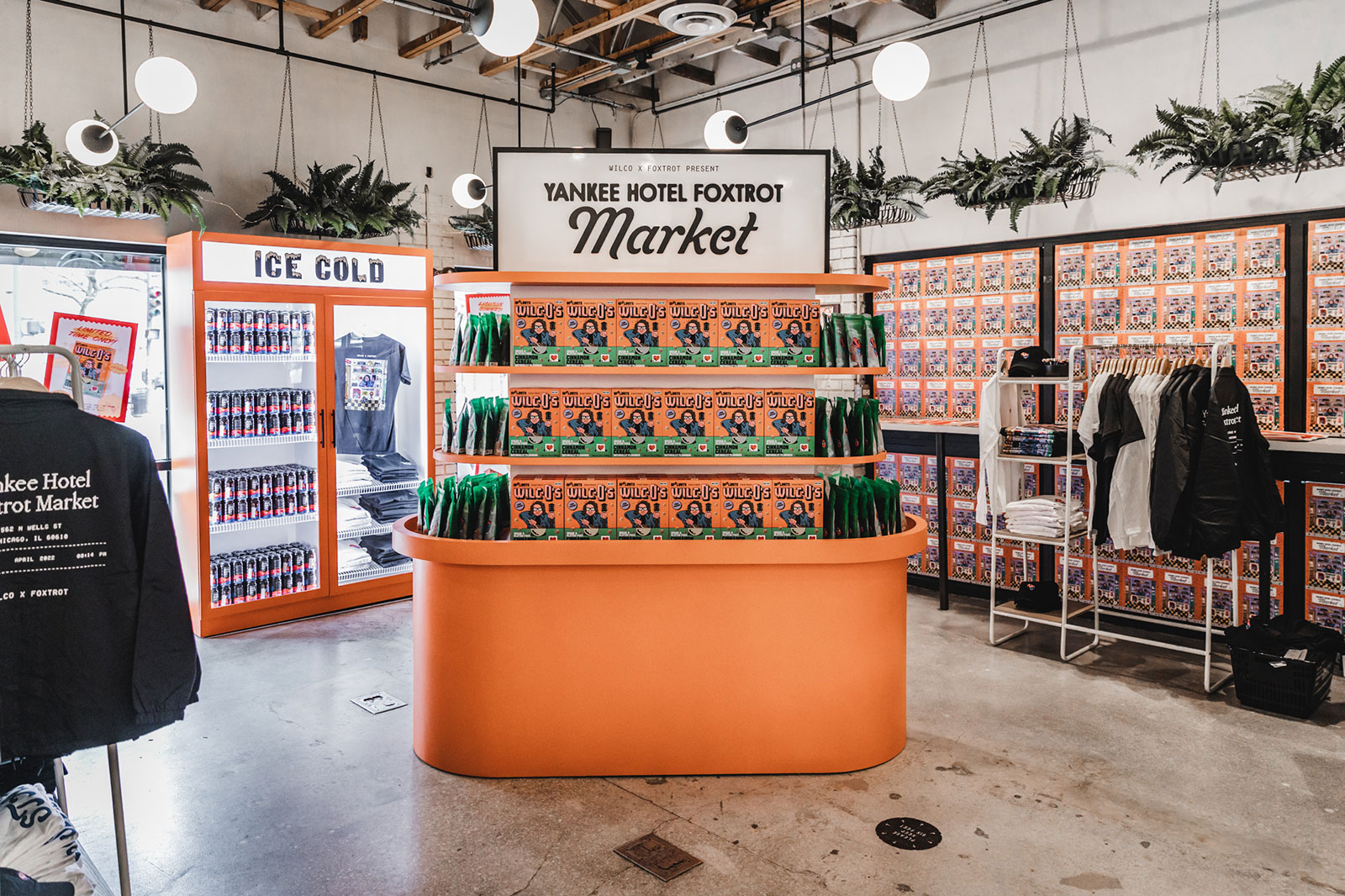 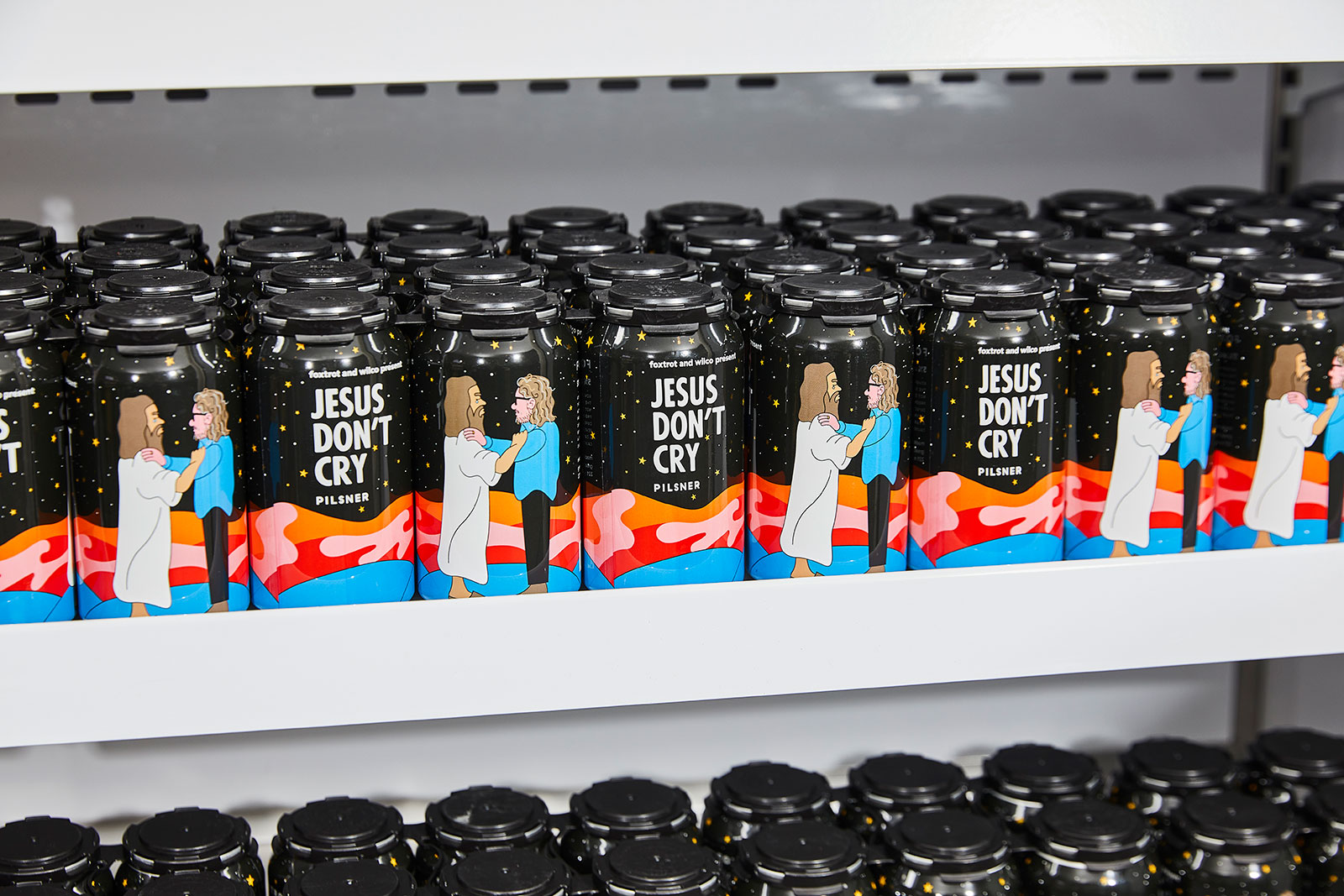 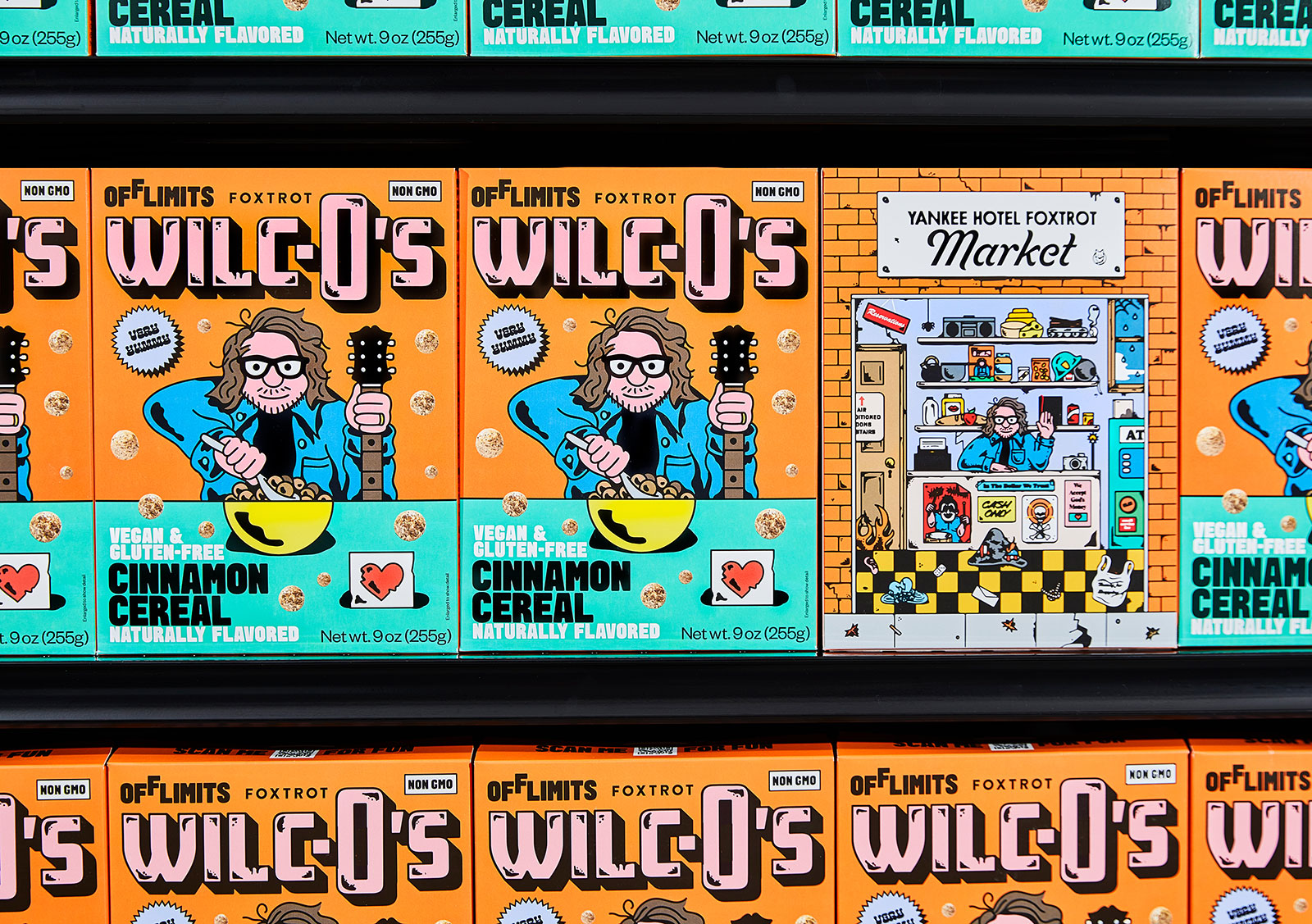 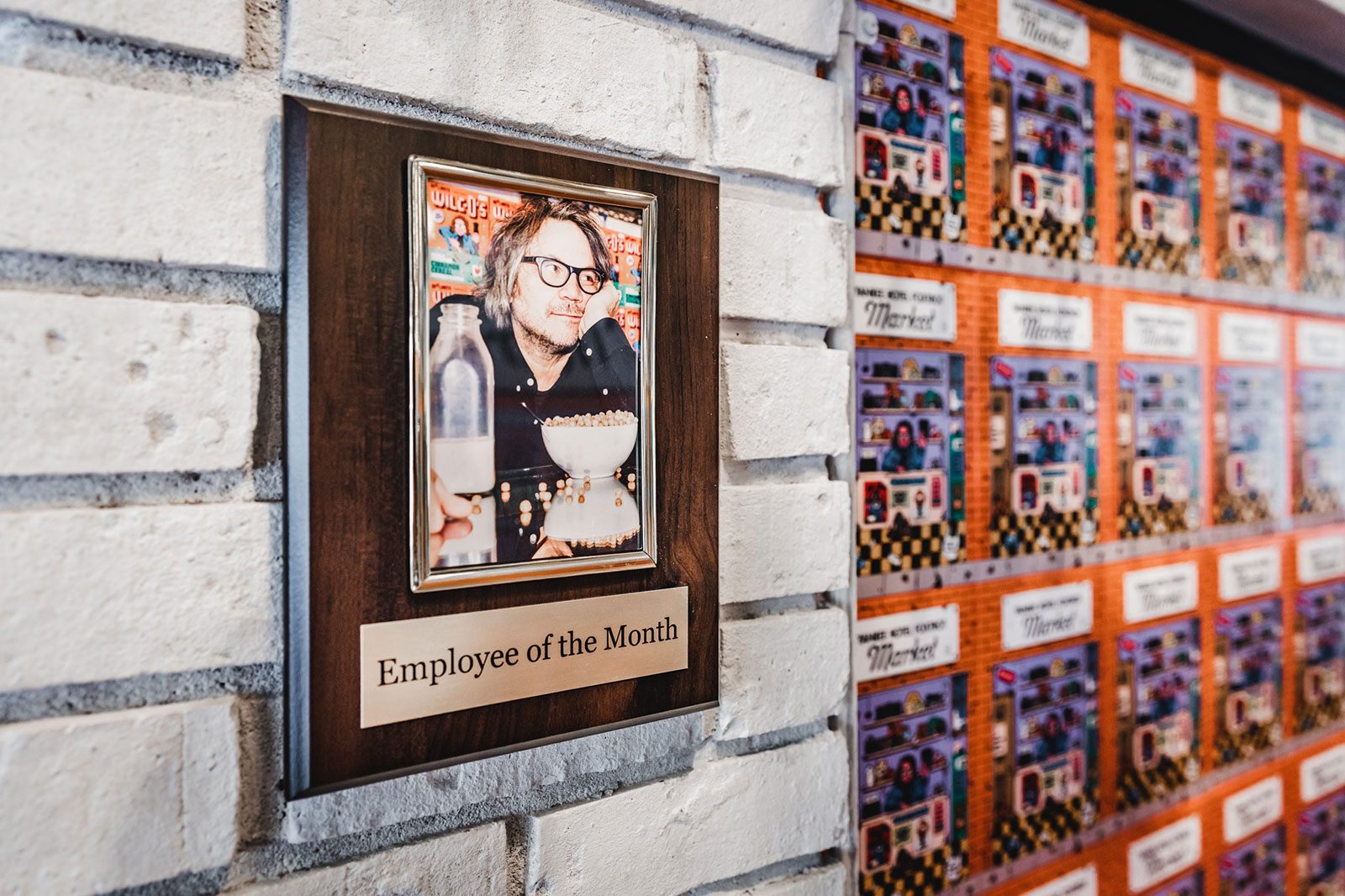 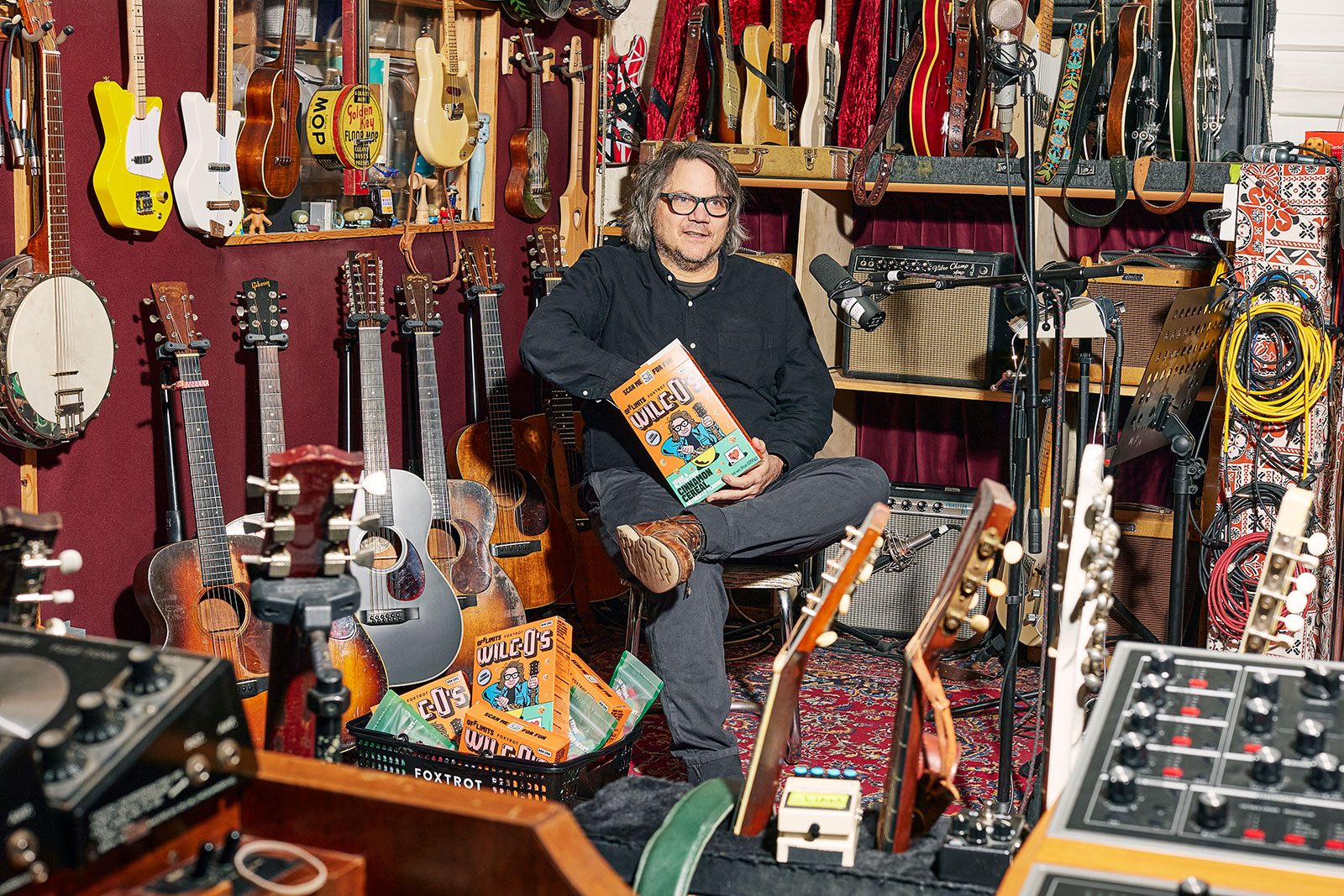 Fans fortunate to snag a cereal box came across a QR code on the top flap. Scanning it led to an advertising jingle, written and performed by Wilco. Take a listen below, but FYI, there's one swear word in there.

Tweedy gets colorful with the inquisitive kids then breaks into song:

"Wilc-O's cinnamon cereal, fix yourself a bowl
They're small and round and shaped like Os without a hole"

In between European tour gigs, we spoke with Tweedy about creating the jingle and his favorite ads starring musicians.

Having your face on a cereal box. Is this your Michael Jordan/ Wheaties moment?

I think it's as close as I'll get, as a 5-foot-9-ish musician with a limited wingspan.

Tell me about the jingle. Why was it important to have it?

Part of what makes vintage branding and marketing so much fun is the thought and care put into advertising. The Wilc-O's jingle was a collaborative effort by myself, The Loft studio manager Mark Greenberg, and Chicago actors Marina Squerciati, Patrick Webb and Dave O'Donnell. We would have included toys in the cereal boxes, too, if that was an option.

Which ad jingle sticks in your head?

"By Mennen" is the jingle that haunts me to this day.

What are some of your favorite ad campaigns that star musicians?