How OffLimits Is Bringing the Fun Back to Cereal

A magical mix of healthy ingredients, mascots and glitter

Think back to your childhood and imagine your favorite cereal—the one you were scarcely allowed to have. I'll wait. Mine was Cookie Crisp. It was mini chocolate chip cookies in milk. It had a policeman and a crook as mascots, tasted divine and no doubt was loaded with sugar and provided zero nutritional value.

Next thing you know, you're eating healthy cereal and hoping to hit fiber intake goals. The days of mascots and toys in cereal boxes are long gone for adults. Until now.

The worlds of healthy cereals and mascots collided with the launch of OffLimits cereals in 2020. Consumers have four flavor options—coffee, cinnamon, strawberry and pandan—complete with mascots Dash, Flex, Spark and Zombie. OffLimits also sells healthy glitter to add on cereal, mascot toys and tchotchkes.

Boxes are sold online for $8.50 each, or $31 for a variety pack of all four flavors. A variety pack of four mini boxes is $20. Unlike mini cereal boxes of the past, OffLimits designed theirs so people can eat directly from the box, milk and all.

For our On Brand series, we spoke with Emily Elyse Miller, founder and CEO of OffLimits, about reevaluating cereal as more of a snack food than a breakfast and reclaiming cereal culture. 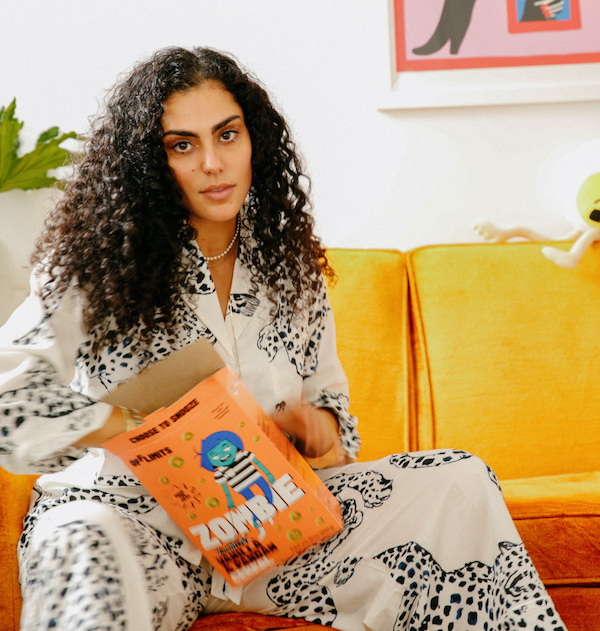 Miller's career has been steeped in the breakfast space, yet creating OffLimits cereal solved a problem she had as a child. Sugary cereals that came with toys and a colorful mascot were indeed off limits at home, but not at Grandma's house, where Miller was allowed a bowl every now and then.

"I started hosting this series called BreakfastClub, where I would work with Michelin-star and tasting-menu chefs to open their doors in the morning and prepare a family-style meal for artists and creative people in cities around the world to talk about their ideas, brainstorm and connect," says Miller. "That led to a book deal with Phaidon, where I researched, wrote and developed traditional breakfast recipes from around the world. It made me realize how much people are obsessed with breakfast, specifically cereal, and how people's affinity for cereal almost is placed in the nostalgia bin, when really, everyone eats cereal still around the world in so many different forms.

"But to me, the affinity for cereal has been lost because these larger corporate brands have just stopped innovating and stopped caring—or never really did—about ingredients, the storytelling and the culture," continues Miller. "So with OffLimits, it really came about to reclaim cereal culture and tell a new cereal story by saying, 'We're giving permission to everyone to have cereal again.' And that includes vegan and gluten-free ingredients, inclusive cereal mascots and rethinking cereal toys." 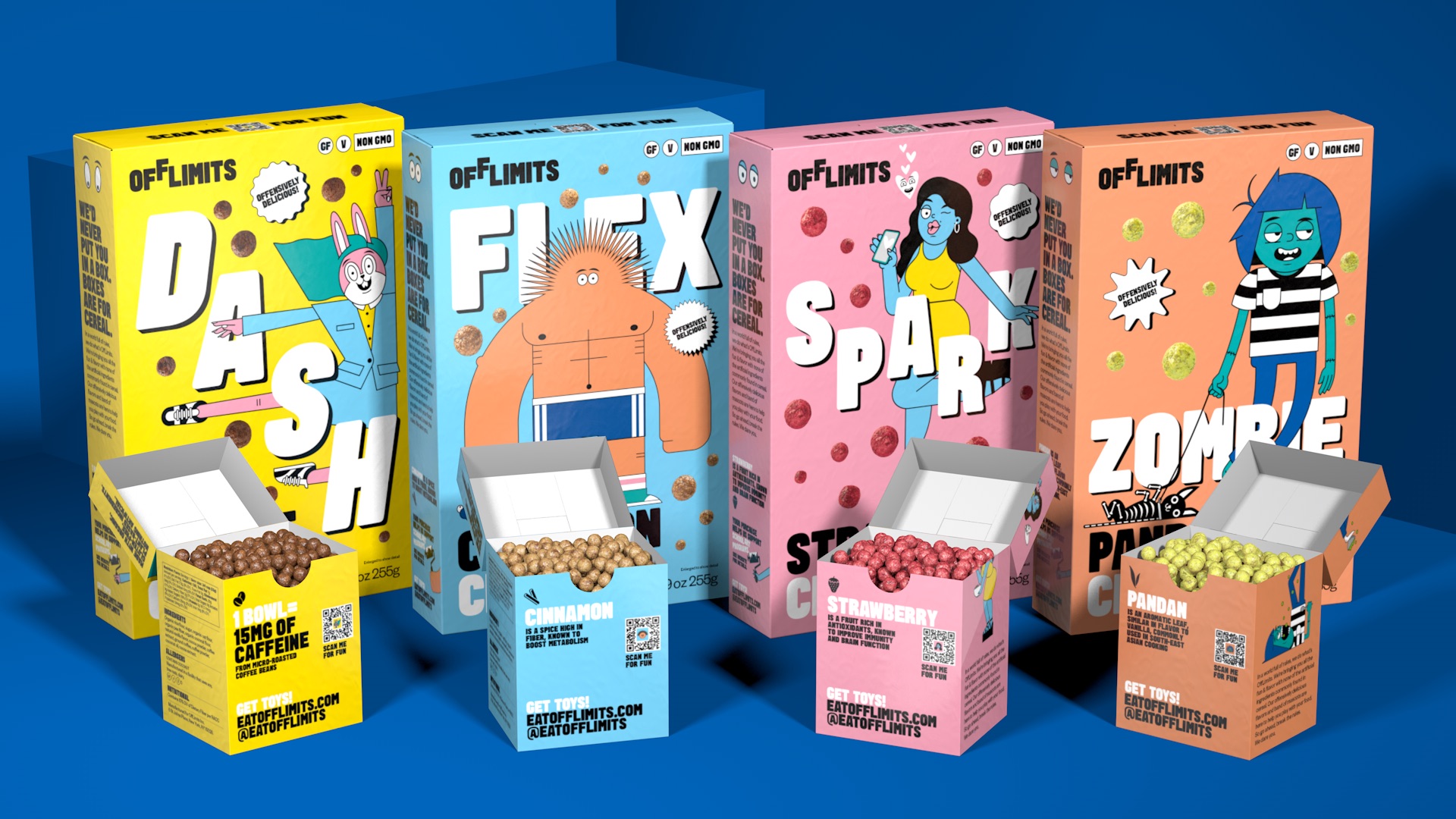 The toys and merch for OffLimits are not your typical trading cards, stickers or candy from decades past. Consumers can buy branded key chains for $7, a custom Sharpie for $2.50, spray paint for $15, shoelaces for $10, socks for $15, or roll the dice and buy a mystery toy for $5. For those looking for something more exclusive, expensive and on trend, OffLimits is launching its first collaboration with basketball bag creator Tomme, for an OffLimits-branded bag that will set you back $225.

"The toy store came because what happened to cereal toys? That was half the fun of eating cereals," Miller says. "I'm not trying to add plastic to the environment if we don't have to. Anything we make is intended to be used for some other reason as well. We launched with custom spray-paint cans because we're very involved in the art and creative community. We thought that would be a very rebellious nod to what cereal toys could be."

OffLimits wants all adults to tap into the younger, childlike versions of themselves but markets the brand to teenagers and Gen Z.

"Our characters have really strong, emotional cycles, and we like to address mental-health issues and treat creativity, art and those kinds of abilities as entrepreneurial skills that deserve to be developed," notes Miller. "There's a lot of layers to the brand, but I think the No. 1 goal for us is that we encourage everyone to have cereal whenever they want. We think about cereal more as a snack food because cereal is not part of a balanced breakfast, and it never was. So let's stop considering cereal as a specific breakfast category food, when really the majority of people eat it as a snack."

Also available for purchase is edible glitter at $2.50 per packet. Users who make a wish as they sprinkle glitter on their cereal might have their wish come true, if the milk turns blue. Spoiler alert: Your milk will turn blue, and no promises on the wishes. The glitter is calorie-free and made from butterfly pea flower powder, lucuma powder and mica-based pearlescent.

"The cereal glitter gives people further layers to express themselves and create a personalized cereal-eating experience," Miller says. "You can use it on anything. There's no sugar, no artificial ingredients and no flavor. We intentionally designed it so that it could be applied to a lot of things. Butterfly pea flower powder turns the milk blue, which adds this extra kind of fun layer to it because why not? Lucana powder helps the glitter to not clump up and congeal in different places. We really developed a product."

In the realm of cereal mascots, there's a significant lack of female representation. In 1952, Katy the Kangaroo was one of four mascots for Kellogg's Sugar Frosted Flakes of Corn. She, along with Elmo the Elephant, Newt the Gnu and Tony the Tiger, was part of a consumer contest to become the new cereal's mascot. OffLimits' coffee cereal has a spunky female rabbit named Dash as mascot. Gender was not top of mind, however, when Miller created the mascots.

"I just developed a group of characters that I felt embodied these personalities and emotions that everybody feels, but were developed out of a lot of things that I feel, and other creative people tend to struggle and deal with," says Miller.

"When we started talking about Dash and really getting ready to launch, we realized, 'Oh my God, there's no other female-identifying cereal mascots,' and no other major cereal brand is even touching gender as something they want to talk about, which I didn't even think was a contentious issue. We're called OffLimits. We have to be pushing things forward, and that's super uncomfortable for certain people, and that's fine." 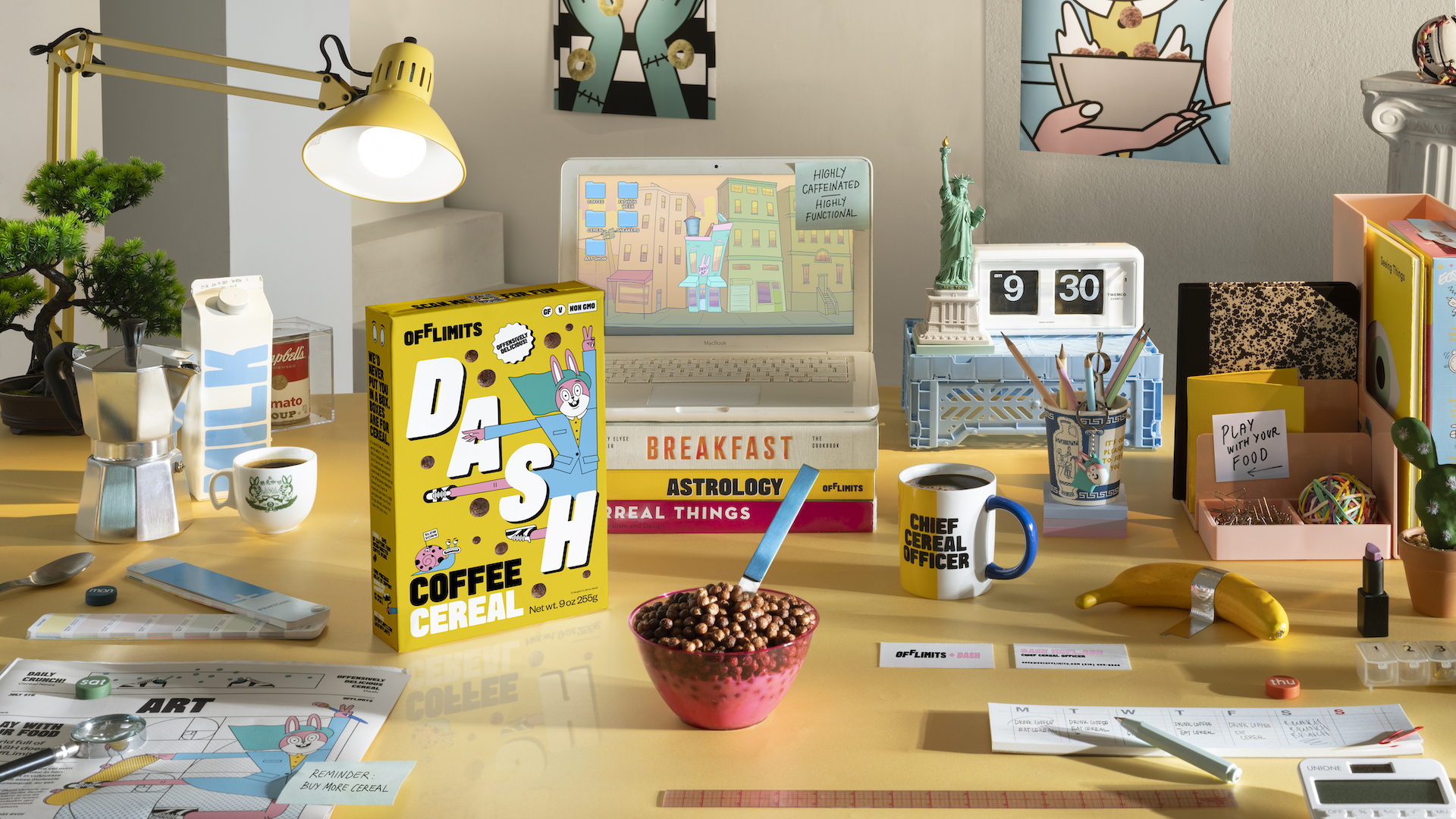 Similar to the way Wheaties features athletes on its boxes, OffLimits collaborates with artists to create limited-edition boxes where 100 percent of the profits go to the designer. The company also donates a portion of sales to support school art programs via Free Arts NYC.

On International Women's Day, OffLimits partnered with 72andSunny, PERIOD, Free the Period, Ignite, No More Secrets, The Flow Initiative and August to bring attention to period poverty in the U.S. The companies created a fake cereal brand called Loopholes that contained a month's worth of pads and tampons as the prize. Period products cannot be purchased through SNAP (the Supplemental Nutrition Assistance Program), but cereal can, creating a loophole.

In comparison to big brand cereals, OffLimits is similar in sugar size; Miller sees their difference in using clean ingredients and not defining cereal as a balanced breakfast.

"Sugar comes up a lot in conversation, because obviously it's important. I would never say cereal is a balanced breakfast, and I would never encourage somebody to eat an entire box of cereal and call it healthy," concludes Miller.

"But we have one of the cleanest ingredient panels on the market because we have whole ingredients, and we use organic cane sugar, which the other bigger brands do not. I started very, very low with sugar and we have been increasing it not because we just want people to buy it, but because people are asking us to put more sugar in it. We're being really thoughtful about the ingredients that we're sourcing and keeping it organic, keeping it vegan, keeping it gluten-free. But my battle is not sugar. It's actually trying to disrupt even the smallest bit of space where these megabrands sit and they're not really worried about any of that stuff." 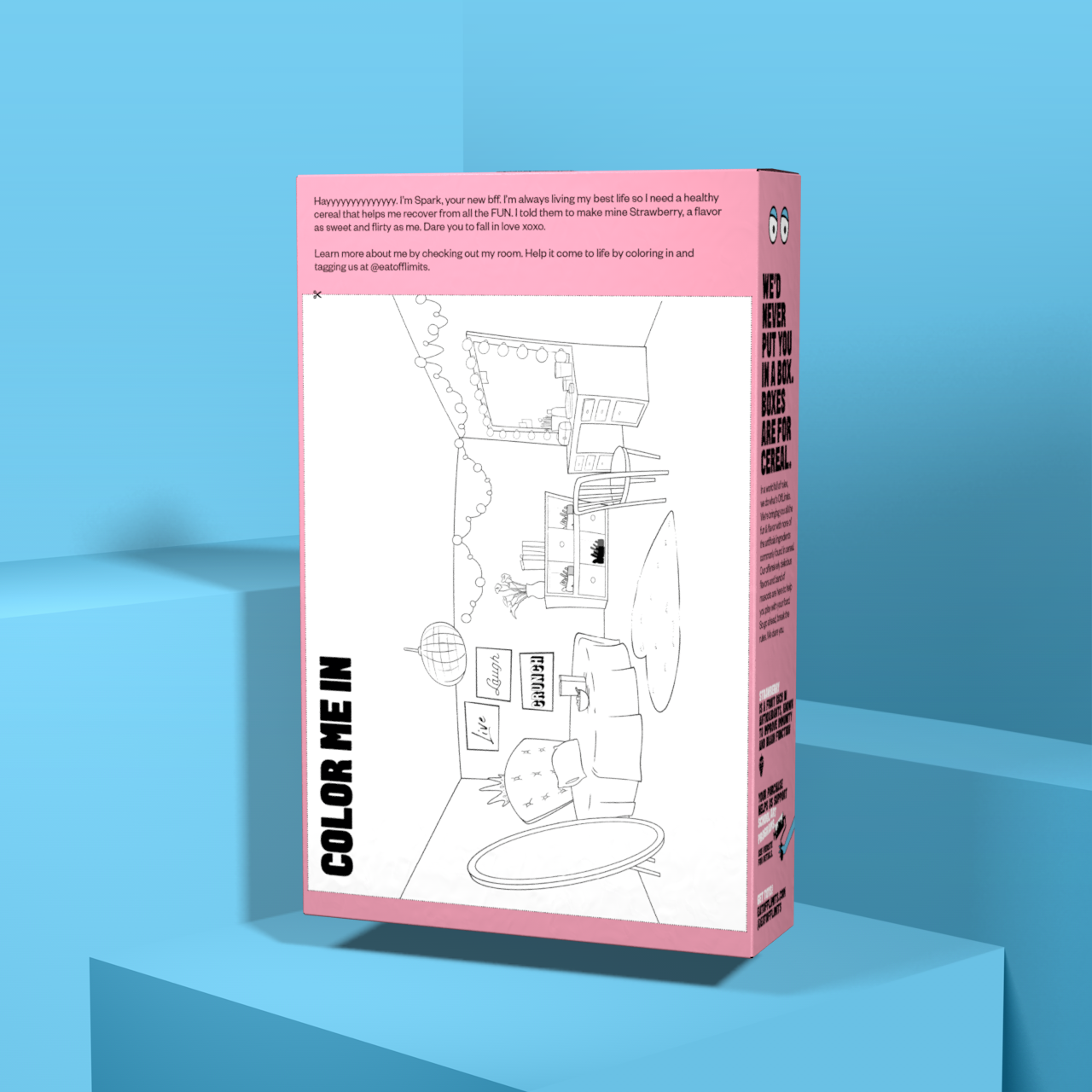