How Jeff Buchanan Edited the Aretha Franklin Doc Amazing Grace, 40 Years After It Was Shot

Amazing Grace, the fourth live album by Aretha Franklin, was the best-selling album of her career. The recording was made over two nights in January 1972 at a church in south Los Angeles. The concert was also filmed—by the great Sydney Pollack—but was never edited into a movie, in part because Pollack had neglected to use a clapper to sync the images with the audio.

The unused footage became the stuff of music and Hollywood lore.

Some 20 years later, an Atlantic Records employee named Alan Elliott heard about the footage and made it his mission to track it down and try to finally piece it together into a movie. It took over 20 more years, but the film finally premiered last November at the Doc NYC festival. It was released worldwide on April 5 and has been widely praised for its indelible footage of Franklin at the height of her powers.

In the end, much of the work of assembling the film fell to the editor, Jeff Buchanan of Final Cut. Almost a decade ago, Buchanan cut an initial trailer to show Elliott what he could do with the footage.

He then took on the Herculean task of editing the full film.

Buchanan—whose editing credits include two acclaimed Spike Jonze productions: the 2013 film Her, and the 2018 Apple spot "Welcome Home"—spoke to Muse about the unique challenges of the Amazing Grace project.

Muse: How did you get involved in the project in the first place?

Jeff Buchanan: I was initially contacted about Amazing Grace though my friend Chiemi Karasawa. Chiemi was contacted by Alan Elliott to come on as a producer of the film, and she recommended me to Alan edit the film. Alan had been a fan of the Michel Gondry concert film I edited, Dave Chappelle's Block Party, so it was a great fit.

What did you love about the old footage when you first saw it?

Seeing the footage was so exciting. Alan initially showed me some low-quality YouTube links to give me an idea of what the footage looked like, but once it was transferred, the footage really came to life. It was, of course, beautiful, but what I wasn't expecting was how intimate it would be. There was so much great footage behind the scenes of the choir getting ready, and the camera and sound recording crew setting up. Also, you got to see conversations between Aretha and Sydney Pollack that none of us knew existed. It was all really amazing.

Was syncing the images with the audio a significant challenge?

Absolutely. That, to me, was the most labor-intensive part of the entire project. Chiemi worked out a deal with Deluxe in New York, and one of their engineers, Serge Perron, spent two months synching the footage from the original Nagra audio tapes. Because there were no slates used on the original production, there was no way to sync the footage other than by eye. After that, he sent me dailies to Final Cut NY, where we were editing, which basically amounted to hundreds of shots from all the different camera angles, and my assistants at Final Cut and I began putting the puzzle pieces together. We laid out the audio files from both nights, and began stacking the footage on top of the audio at the appropriate places. When we were done, we had the blueprint of all of the footage that was shot over those two nights, and could then begin the process of editing the concert film together. 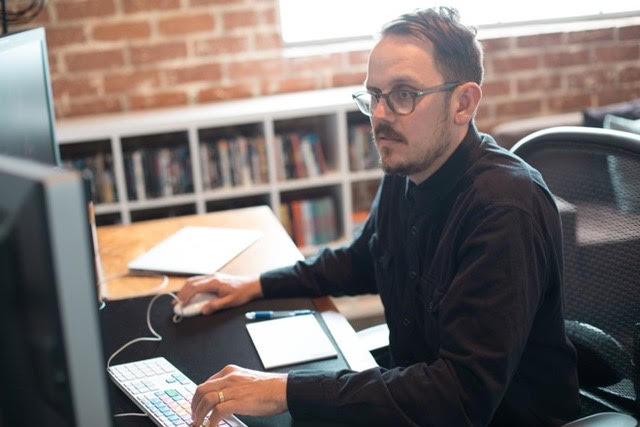 You first cut a trailer, right? What was your approach to that?

My approach to the trailer was to show that this was so much more than a concert film. I wanted to make sure that the story of how the film was shot in 1972 and never put together was a part of the story. That way, the film would sort of feel like it was pulled out of a time capsule. I also wanted to feature the different types of music that would be showcased in the film. There is, of course, gospel music that makes up a majority of the tracks Aretha performed those two nights, but there was also incredible R&B being played, and I wanted to pick tracks that would highlight both genres. In the end I used "How I Got Over" for the gospel track, and "Mary, Don't You Weep" for the R&B.

What was the process of working with Alan Elliott on the edit for the full film?

It's hard to remember the exact specifics of the editing process from nine years ago. From what I remember, I did the initial assembly of the film on my own for a month or so. For that, I edited every performance from both nights. Then, Alan, Chiemi and I put together something like a track list. And we began putting the songs in an order we thought would work best. Alan had the idea to use split screens later in the film, which work great. We had an early friends and family screening at some point, and out of that came the idea of giving context to where Aretha was in her career in 1972.

What are some of your favorite moments in the film?

There's so many great moments. Just watching Alexander Hamilton conduct that choir is such a joy. And every crowd shot is amazing. So many incredible people in attendance for both nights. But for me, there are two moments that really stand out. First, is when Aretha is playing "Never Grow Old" and there is a "spiritual awakening" from one of the women in the audience. She gets so swept up in the music, she sort of charges at Aretha and has to be calmed down. The moment is so powerful, and what I love is that you can see Sydney Pollack motioning to one of the cameramen to stop shooting Aretha and film the ruckus. It's so cool to see Sydney Pollack in that moment directing the crew. I also love the performance of "Precious Memories." It's incredible. The song, Aretha, James Cleveland, the band, the choir. It's one of the most compelling live performances I've ever seen.

Is this the most unusual editing project you've worked on?

It was definitely a unique one. Never in my life did I ever think for a second I would edit something that was filmed by Sydney Pollack. And for that matter, I never could have imagined editing an Aretha Franklin concert film. I just feel so lucky to have been a part of the project.