Harnessing the Power of Music in the Age of Social Distancing

Make a song the lead character in your next ad

Have you ever thought of music as a character in commercials, videos and other forms of advertising? At times it can be overlooked or underutilized, but regardless of its role, it has a function just like the other characters in the work.

So what happens when shooting live action is not an option? We're living in unprecedented times. The COVID-19 pandemic has changed the rules for production: Personnel are grounded from traveling, and you can't have a live set given our new normal of social distancing. It's no surprise, then, that this sudden sea change is forcing agencies and brands to find different ways to communicate their message. Our current circumstance may feel limiting at first, but as always, where there's tension, there's opportunity—the opportunity to harness the power of music by casting it as the lead character in your next production.

A simple visual or idea paired with the right music can lead to powerful work. A commercial featuring a string of still images would probably be pretty boring, right? Not when the music and still images come together to create something exceptional as in Apple and TBWA\Media Arts Lab's "Behind The Mac" spot, made especially to celebrate International Women's Day.

The ad, in and of itself, is very simple. It strings together 17 images of powerful, influential women and ends with a title card followed by the Apple logo. It is all soundtracked with the song "Flawless" by Beyoncé. This one is extra special because the song itself samples a Ted speech titled "We Should All Be Feminists" by Nigerian writer Chimamanda Ngozi Adichie. In a very clever move, Apple used the spoken-word section of the song to help set up the spot as it leads into the now uber-famous song.

Behind The Mac — International Women’s Day

Next, let's take a look at a spot for Volkswagen, titled "A New Mission," created by Johannes Leonardo to honor the 50th anniversary of the moon landing (full disclosure, I was the music supervisor on this project). The film features a previously unreleased demo version of "Space Oddity" by the late, great David Bowie. Even though the spot was made using stock footage, it is powered by the music. The overall editorial tone, the lyrics, and the cultural impact of the music elevate the piece to another level.

Additionally, "Space Oddity" and the historic Apollo moon landing share the same birthday, almost to the day, so they were both celebrating their 50th anniversary, which served to add even more cultural fire to the production. All of these converging forces turned stock images and titles into a powerful and compelling piece of creative that resonated and generated a noteworthy amount of talk value and press.

Both of these spots are great examples of how to use music as your lead character to tell your brand story when live action is not an option. But not every brand has the budget for big songs. There are plenty of great examples of brand campaigns that cast a more affordable music option in the leading role against a simple visual.

One recent example is the campaign for Memorial Sloan Kettering titled "More Science. Less Fear," by Pereira O'Dell. Their artful kinetic type coupled with a compelling piece of original music drives the messaging while bringing intrigue, interest and a sense of optimism to an otherwise somber category.

Advertising is truly one of the most creative industries. On its face, it exists to sell you something, but in practice, it is all about solving problems and adapting to changing environments. This pandemic presents a new creative challenge that agencies and brands will need to adapt to. Music has the power to guide you through the journey of a film while helping to tell the story, form an emotional connection and create a lasting association for your product. 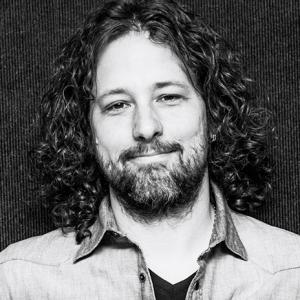