On the heels of its "Drive Bigger" launch spot featuring Simon & Garfunkel's 'The Sound of Silence," Volkswagen has unveiled another artful and evocative commercial featuring a classic 1960s song—this time, David Bowie's "Space Oddity," in a tribute to this week's 50th anniversary of the moon landing.

"Space Oddity" was released on July 11, 1969, just nine days before the Apollo 11 spacecraft touched down on the moon. The VW ad, titled "A New Mission," created by Johannes Leonardo, features one of Bowie's earliest recorded versions of the song—which the late musician's estate is releasing on vinyl and in streaming.

The spot's visuals show people around the world gazing in wonder on that day in 1969. It then outlines VW's "new mission" of ramping up production of electric vehicles and being carbon neutral by 2050.

"Volkswagen has been part of some of America's most indelible moments. The moon landing 50 years ago was one of them," says Leo Premutico, co-founder and chief creative officer of Johannes Leonardo. "With 'A New Mission' we're tapping into those historic minutes when man touched down on the moon in order to remind the world of what we're capable of when we all focus on one goal and also declare humankind's new mission—protecting the only home we currently know."

Amid this week's onslaught of moon-landing tributes from brands, the VW spot certainly stands out. In that sense, it's 1969 all over again. Brands went crazy at the time of the moon landing, too, but only VW's effort was (and still is) hailed as a classic—the print ad below, from Doyle Dane Bernbach. 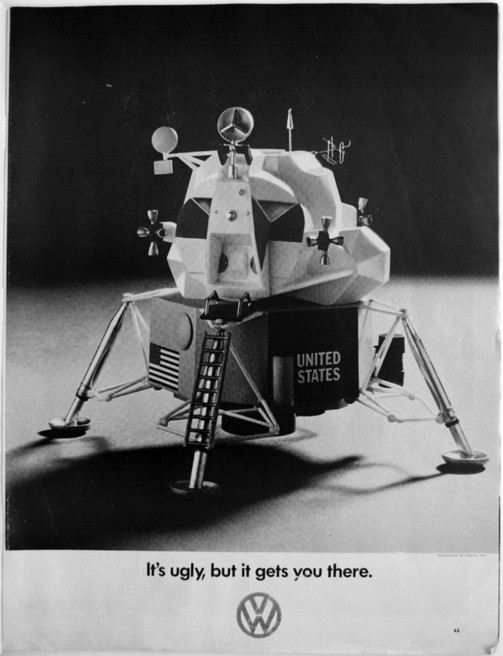 Johannes Leonardo has been leaning heavily on VW's history (including its advertising history) in its post-emissions-scandal brand messaging. It's nice to see the same approach in this more tactical effort.

"As the world's largest automaker, we have a responsibility to lead by example and, through the 'Drive Bigger' platform, look at this cultural achievement of putting a man on the moon through a new lens," says Jim Zabel, svp of marketing for Volkswagen of America. "As we take the substantial steps toward our goal of going carbon neutral globally by 2050, and Volkswagen's role in ushering in a new era of electric driving, we invite all to join us to a reinvigorated focus on our planet."

The new effort also includes the print ad below. 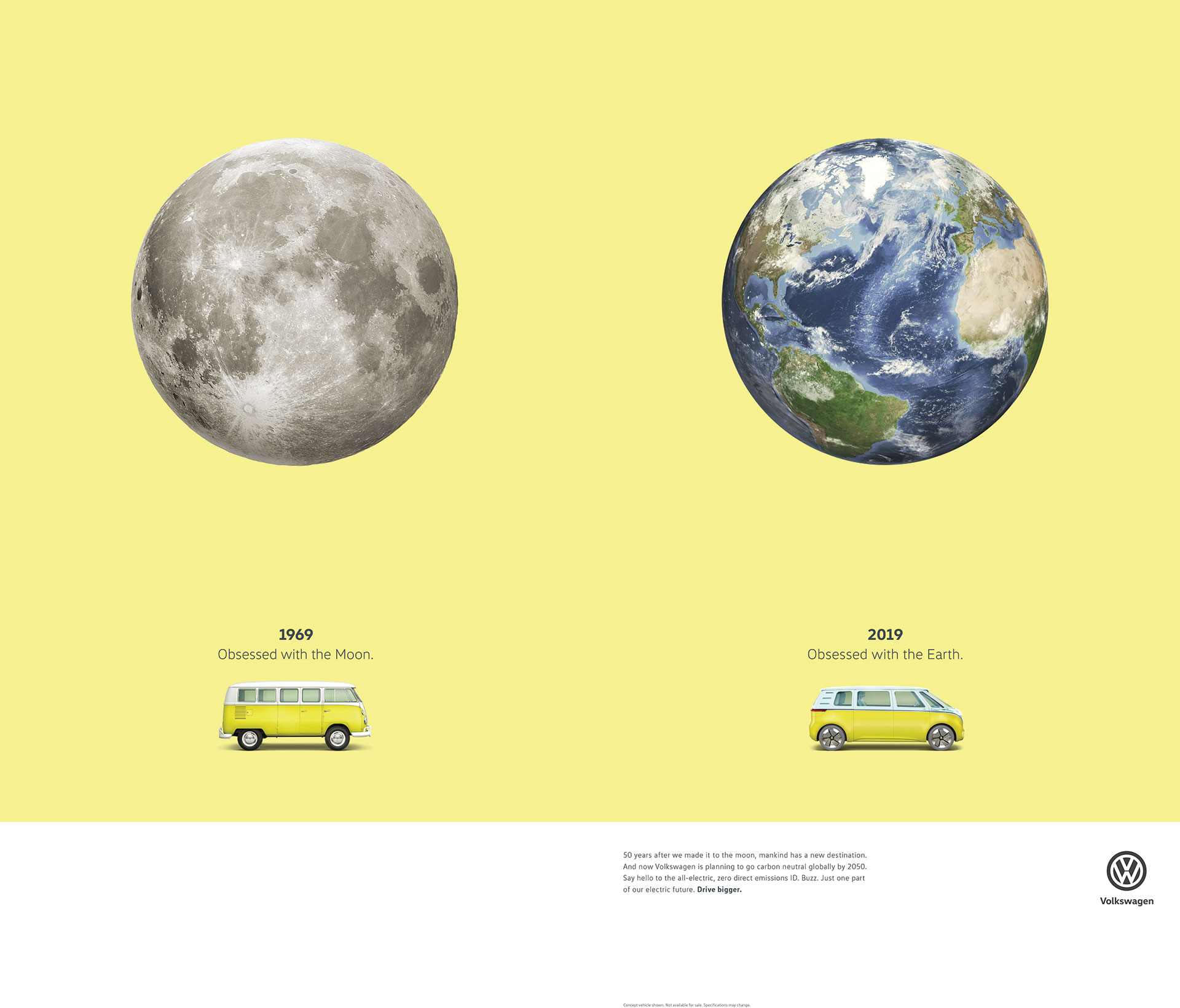