Dance, and Bleed, to This Catchy Menstrual Spin on Disco Hit 'Finally' 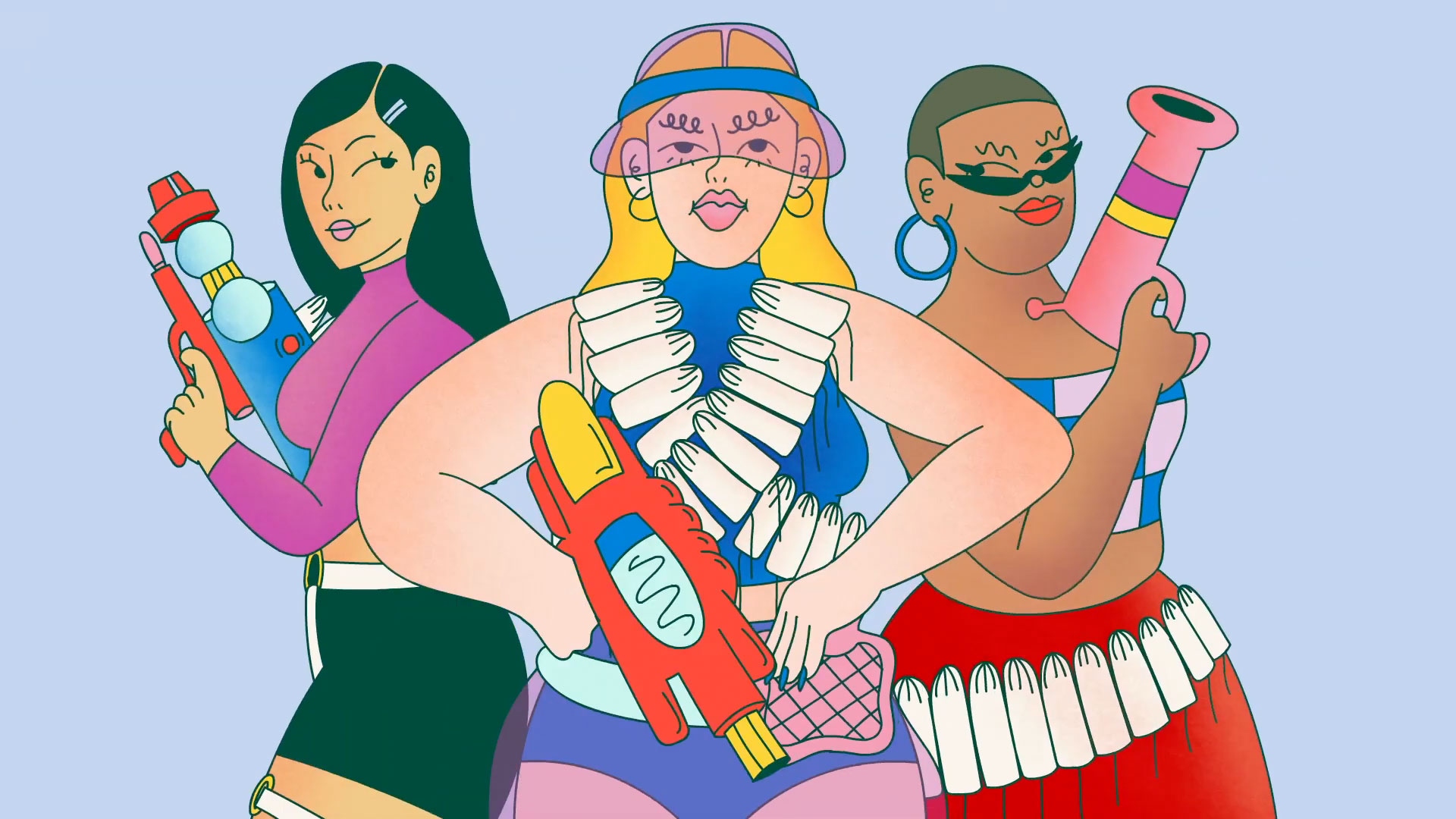 May 28 was Menstrual Hygiene Day. To mark it (like a red surprise on your pants!), U.K.-based period poverty charity Bloody Good Period worked with Mother and Strange Beast to conceive "Typically."

The animation makes us think of Schoolhouse Rock, except with lots of equal-opportunity bleeding. "Typically" takes the tune of CeCe Peniston's "Finally" and gives it a fun menstrual spin:

Typically I started to bleed
Right in front of my mates
Yes, there's nowhere to hide it!

It's music to dance to. Maybe you got your period while that shimmy was happening. But in this nifty Technicolor world, that is absolutely not a reason to stop. Channel Kiran Gandhi and keep moving!

"Periods are a part of life for so many of us, and though we don't always want to sing and dance about them, a promo was a brilliant medium to get us talking about them," says Mother's international executive creative director, Susan Hosking. "Using positivity and entertainment is a way for us to get the conversation flowing, and hopefully help us shake off the shame and stigma so wrongly attached to them."

Bloody Good Period's whole deal is right in its title: It's about helping people have bloody good periods, by stopping period stigma and ensuring people have access to menstrual products. Some not-so fun facts from the association:

• 9 out of 10 menstruators get period anxiety at work.
• Hiding period products is "the norm," according to 97 percent of people polled online.
• 25 percent of surveyees have, at some point, taken time off due to a menstrual issue, and it impacted career progression.
• The pandemic has worsened matters in terms of access and affordability of necessary hygiene products: Bloody Good Period now meets a level of demand that is six times higher than before Covid. Some 81,000 packs of products have been distributed since the U.K. first locked down.
• 63 percent of people that Bloody Good Period surveyed want employers to normalize talking about periods at work. And when asked how jobs could further support them, 56 percent said to encourage and support time off for necessary health checks, including cervical smears.

It would also be really nice if we could all just get period products reasonably and easily. Late last year, Scotland became the first country to make such products free. And early this year, New Zealand made them free at schools.

"We believe access to period products is a matter of human rights, because not having them has such a range of consequences—for our physical and mental health, and for all of us as a society," says Gabby Edlin, CEO of Bloody Good Period. "Until they are freely available for everyone who needs them, we'll be here getting products out to people who need them."

"Typically" kicks off the association's #NoShameHere campaign, designed to get people talking about period stigma, in hopes that more open conversation will lead to precisely the kinds of social and public welfare interventions that ensure periods are closer to "bloody good" than they are today. A one-minute vertical version of the film also exists.

Both conclude, "Periods happen anywhere. Let's talk about them everywhere."

"It's 2021 and time we confine period shame to history," Edlin says. "By shifting attitudes and making period products accessible, we can help everyone, especially the most marginalized in our society—those living in poverty, refugees and asylum seekers or lacking period education—to live life to its full potential."

Support Bloody Good Period's work by sponsoring a period—their way of saying "make a donation." U.K.-based folks can also sign a petition demanding that the rest of its joined countries follow Scotland's lead in making period products free. (That really would make a difference. Kids drop out of school because they can't access period products … and the average woman spends over $6,000 on period products over her reproductive life.)