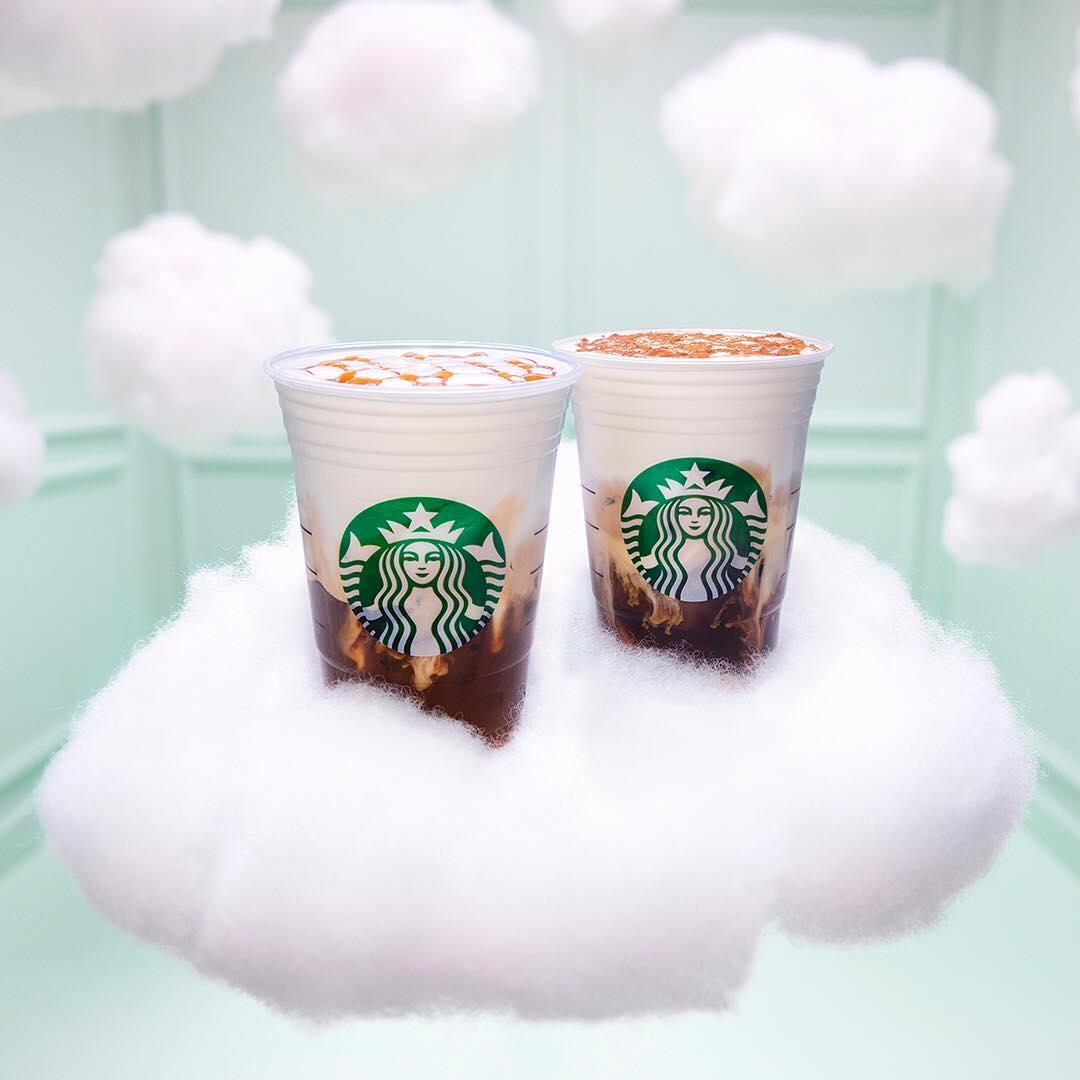 The Cloud Macchiato: A Collaboration Between Ariana Grande and Starbucks

Starbucks has made music a central part of its in-store experience for decades. The coffee chain was among the first brands to use exclusive song and album releases to generate foot traffic. And it has long curated musical playlists—first on its own branded CDs, then on Spotify beginning in 2016.

The company has now deepened its musical roots with a new product offering, collaborating with Ariana Grande to introduce a permanent addition to its beverage menu. The two have teamed up to launch the Cloud Macchiato, a drink unveiled Tuesday through a series of social-media posts by the 25-year-old singer.

Grande is well known for being a fan of clouds (she even launched a perfume recently called Clouds). Her last name also happens to be a Starbucks beverage size—so it was surely meant to be.

The drink "combines the craft of Starbucks espresso, the heritage of Starbucks Caramel Macchiato (created in 1996) and the innovation of Starbucks Cold Foam, an airy microfoam frothed cold and blended until smooth, creating layers of creamy texture and flavor, without the cream," Starbucks says.

It draws inspiration from the leche merengada, or "meringue milk," a summer drink from the cafés of Barcelona that dates back centuries, the company adds.

The drink's debut comes just a few weeks after Apple featured Grande's music—along with a singing avatar, or "memoji"—during a commercial that aired on the Grammys, which she didn't attend.