50 Years Later, The Who Sell Out Again for Heinz Baked Beanz

Fifty years ago, Roger Daltrey, lead singer of the Who, famously posed in a bathtub full of Heinz Baked Beans for the cover of the group's album The Who Sell Out. Meta before the term existed, the collection skewered hippie-era advertising tropes. It featured a tune about the aforementioned branded legumes and bogus commercial jingles between its mod-rock tracks.

Now, to celebrate the classic LP's expanded anniversary edition, the Who and Heinz have teamed up to offer 500 limited-edition cans of Heinz Beanz (styled with double Zs since 2008!), featuring the group's distinctive logo. 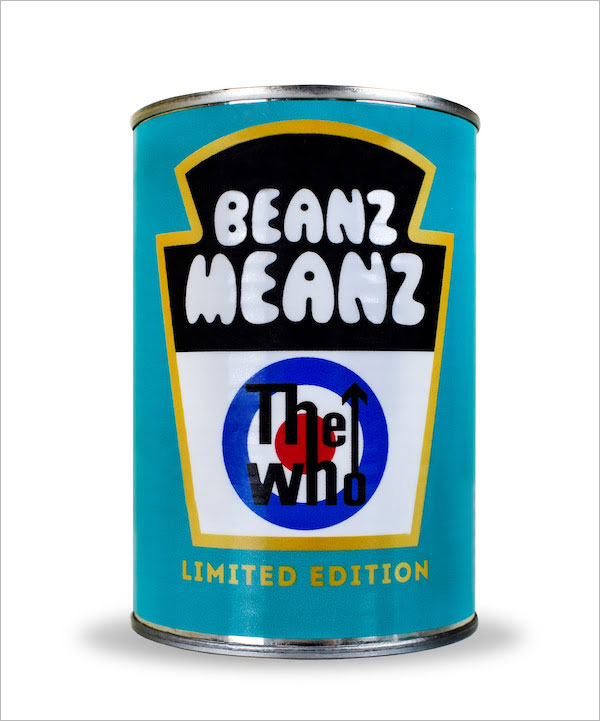 A giant version of the can, signed by surviving band members Daltrey and Pete Townshend, will be auctioned off from April 15-25. (The can's empty, btw.)

Oddly, The Who Sell Out hasn't placed among Muse's Art of the Album surveys of iconic record sleeves. Yet. According to press materials from Heinz, Daltrey really suffered for his art during the 1967 photo shoot:

"I ended up with a week in bed with either the flu or probably the worst cold that I've had in my lifetime and I put it down to the baked beans because they'd just come out of the fridge—they were freezing cold!" the frontman recalls. "I sat in them for 20 minutes until they had the great idea of putting electric fire round the back of the bathtub I was sitting in, which worked for a while. It started to heat them up but then they started to cook. So my arse was roasting while my front was freezing, and within 24 hours I was in bed with the sniffles." 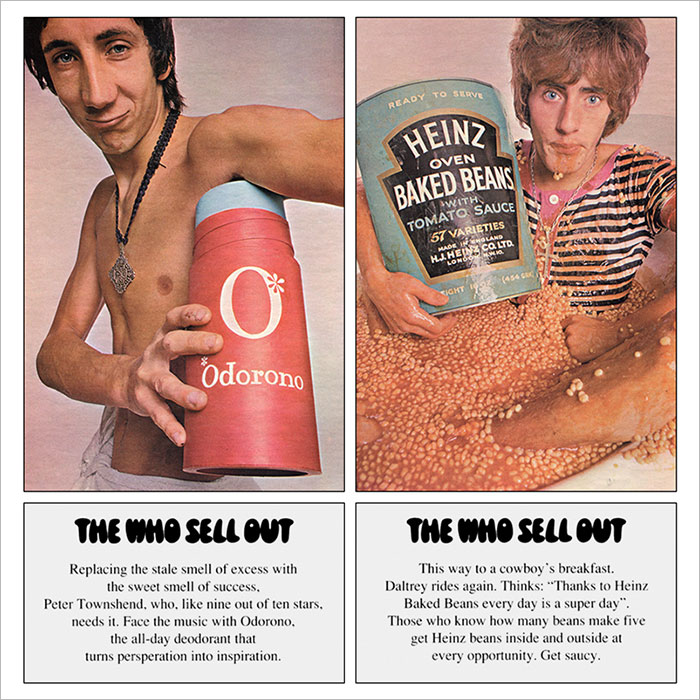 Seven years later, Daltrey starred in Ken Russell's big-screen adaptation of the Who's Tommy, with Ann-Margret writhing in beans.

For a modern take on the musical fruit, check out Josh Groban's new bean-boosting power ballad for Bush.

Tags
Heinz
The Who
Music
Advertising