Mother New York dreamed up the "Insta Novels" project, which can feel like the perfect metaphor for any legacy brand trying to modernize for today's media. Two of the books that got the @nypl treatment, Alice in Wonderland and The Metamorphosis, are even about transformation—cleverly reflecting the nature of the project itself. The third, Charlotte Perkins Gilman's short story "The Yellow Wallpaper," also has themes that are relevant today. (Dickens' A Christmas Carol and Edgar Allan Poe's poem "The Raven" were later adapted for the platform as well.)

For Mother, the challenge seemed relatively straightforward at first, creative Lauren van Aswegen told Muse here in Cannes—where the campaign has picked up three Lions, including a Gold in Design, and is nominated for a Titanium.

But like Alice through the looking glass, the deeper the agency got into the dynamics of the Instagram UI, the stranger—and more delightful—the project became. 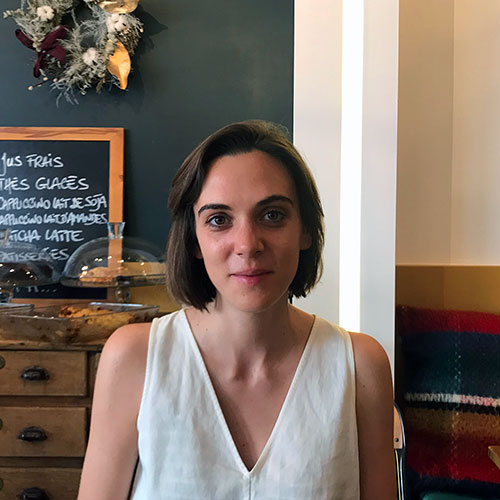 Muse spoke to van Aswegen this week about the craft of the work, the impressive engagement it got, and why the NYPL would support the idea of reading books on phones in the first place.

The craft of this project is fascinating. How difficult was it to do?

At first, we were like, "Oh, we'll just put books on Instagram." But what we realized is, actually, the constraints of the UI of Instagram ended up becoming how we designed it. We were uploading the full text, and Instagram has a limit of 99 stories per day. So we had to work out a typeface and font size and leading to condense the perfect amount of text within that frame. And then, small things like the page number having to fit in the UI, and then the page colors. We found this perfect Pantone screen color to read on.

We tried to keep the integrity of the books alive. Even the color of the page, it felt like a paperback novel. The font we chose was a serif font, so it looked the written word. As much as Instagram had constraints that informed the design, it also gave us a lot of opportunities that we couldn't do in an e-reader. Video was a huge component. At first, we were going to do stills as the covers, but then we realized we have this 10-second video format. That's essentially how we briefed the illustrators. "Use this as a mini trailer to engage, because that's going to be the first post users see." We felt it could almost be a trailer for the books, so we tried bring it to life in 10 seconds. We gave the illustrators freedom, and they took it from there.

Even in the use of video, we wanted to keep the integrity of the books. With Alice in Wonderland, there's these specific typeset things, like the twister, which if we had just put it in normally, we would have had to have broken it up into paragraphs—but with video we could have scroll-ups or animated pages.

Then, obviously, with a paperback novel you turn the pages yourself. But with Instagram, the Stories automatically change. So we had to put something in telling people to hold the phone to stop it. Then we realized people might skip forward, or if you lift your thumb up it's just going to run, so the animation could become a flipbook. If you went really fast, the thumbnail could move—that opened up more opportunities. The more we started playing with it, the more user behavior and constraints we saw, the more opportunities would open up. It was quite an interesting spiral of design.

It must have been inspiring, taking an old medium and making it new.

It was really interesting. Obviously, the books we chose needed to be in the public domain, but it was really important that we chose books that had a sort of relevance to today's issues. "The Yellow Wallpaper"—obviously a strong feminist story. And then all of them have a theme of transformation. The Metamorphosis. Alice in Wonderland. That was important to us because we were transforming how books are perceived—especially 100-year-old books. Having these really old books—you want to do them justice and keep the integrity of them and not just bastardize it by making it modern. We tried to have respect for each of the titles in how we brought them to life.

How was the engagement?

You can't leave this idea alone now. What's next for this campaign?

There's three ways we're looking at the future. We're obviously still very close with our clients, and Instagram is now involved, and we're going to keep putting out books that are in the public domain. We've also heard from publishers, so we're going to look into publishing books that aren't out there yet. And then the Holocaust Museum reached out, and they have a library.

So, I think it's about looking at opportunities where we can publish new books, or maybe a book is launched first on Insta Novels and then in paperback. And Instagram is looking at how this works on the platform. Are there ways to optimize the platform for such a thing? Which is interesting.

What do you say to people who are like, "Books shouldn't be on phones"?

I think, to be honest, this is the bravery of our client. A lot of people do say social media is the death of literacy, and I think we could easily romance the feeling of a paperback novel and how it smells, or try to make the library cool for cool kids. They were super brave to say, "We're not going to hate on social media. We're actually going to embrace it." Obviously, having a physical book is amazing. But if you can't beat them, join them. If social media's going to distract you, try to embrace it and figure out a way you can work with it, rather than trying to sell them on a book.