L'Associé finds a better way to retrain your nose 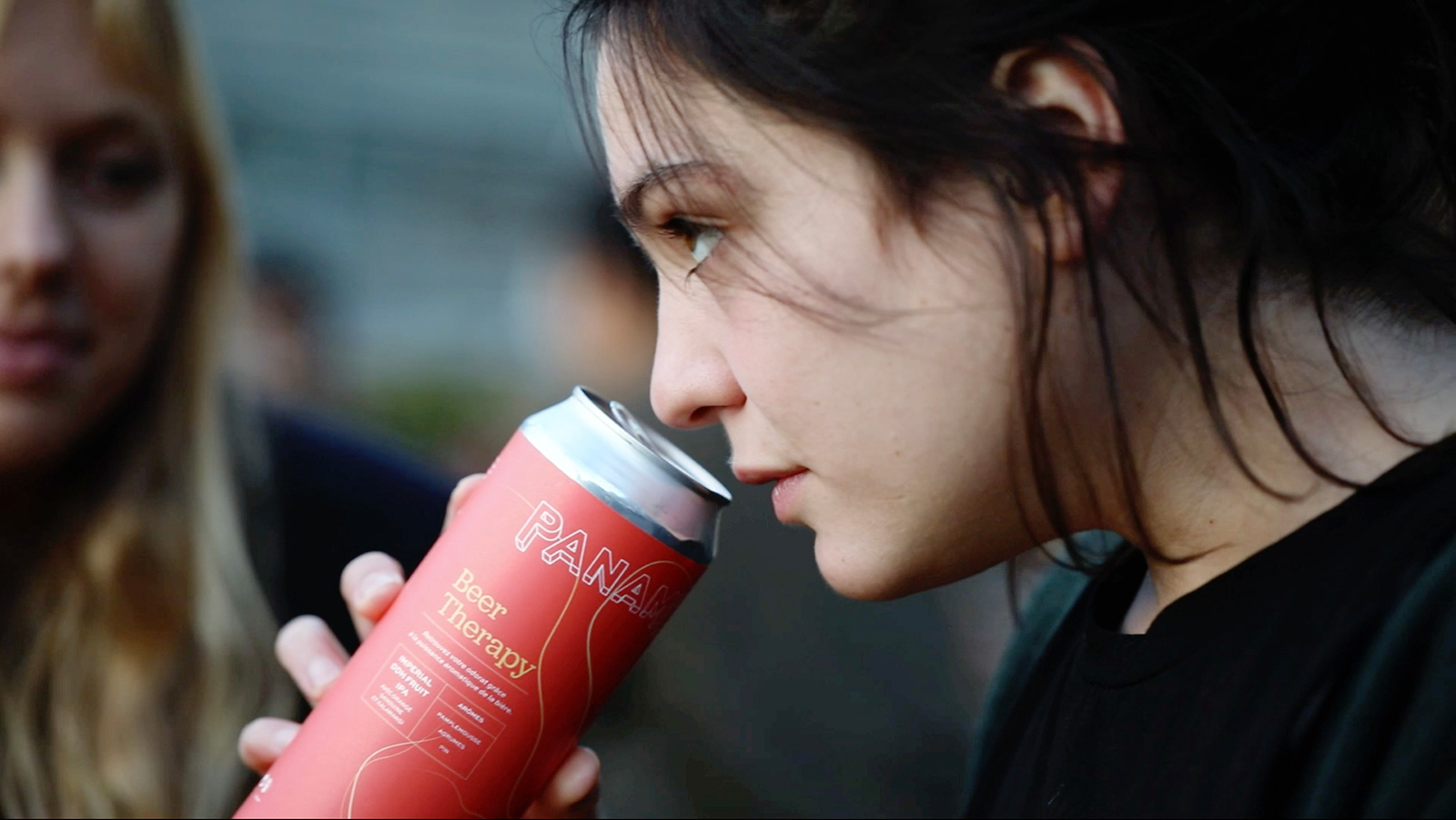 An estimated 86 percent of people who get Covid lose some or all sense of smell. Most regain it after a few weeks. Many turn to extreme versions of aromatherapy—smelling strong scents like coffee, ginger or burnt orange—in an effort to reawaken the senses.

Paname Brewing Company in Paris and its agency, L'Associé, created a limited-edition series of beer made specifically to help beer lovers regain their sense of smell: DDH Session NEIPA (orchard and tropical fruit, with a touch of lemongrass), Pineapple Peach Sour Gose (pineapple and peach with a slight lemon bite) and Imperial DDH Fruit IPA (blood orange and calamansi, with citrus and pine flavors).

Muse caught up with Mark Forgan and Jamie Standen, creative directors at L'Associé, to learn more about the project and how it came to fruition.

Muse: How did you come up with this idea?

Mark: It was close to home. I caught Covid in September 2020 and lost my sense of smell. I remembered reading about retraining your brain to recognize smells again, so I started training a few times each day with some cumin spice from the kitchen. One day I could smell it again and I was like, "Yessss! It's coming back!" The whole drama was an ongoing topic of conversation with Jamie, and eventually we got thinking that there could be something to do for other people in the same boat. It's France, you know. Food and drink is obviously a big deal here, so losing your smell is an extra kick in the ribs on top of everything else Covid.

When was the beer created?

Jamie: It was brewed at the beginning of summer and released on July 10.

Are you still manufacturing it? 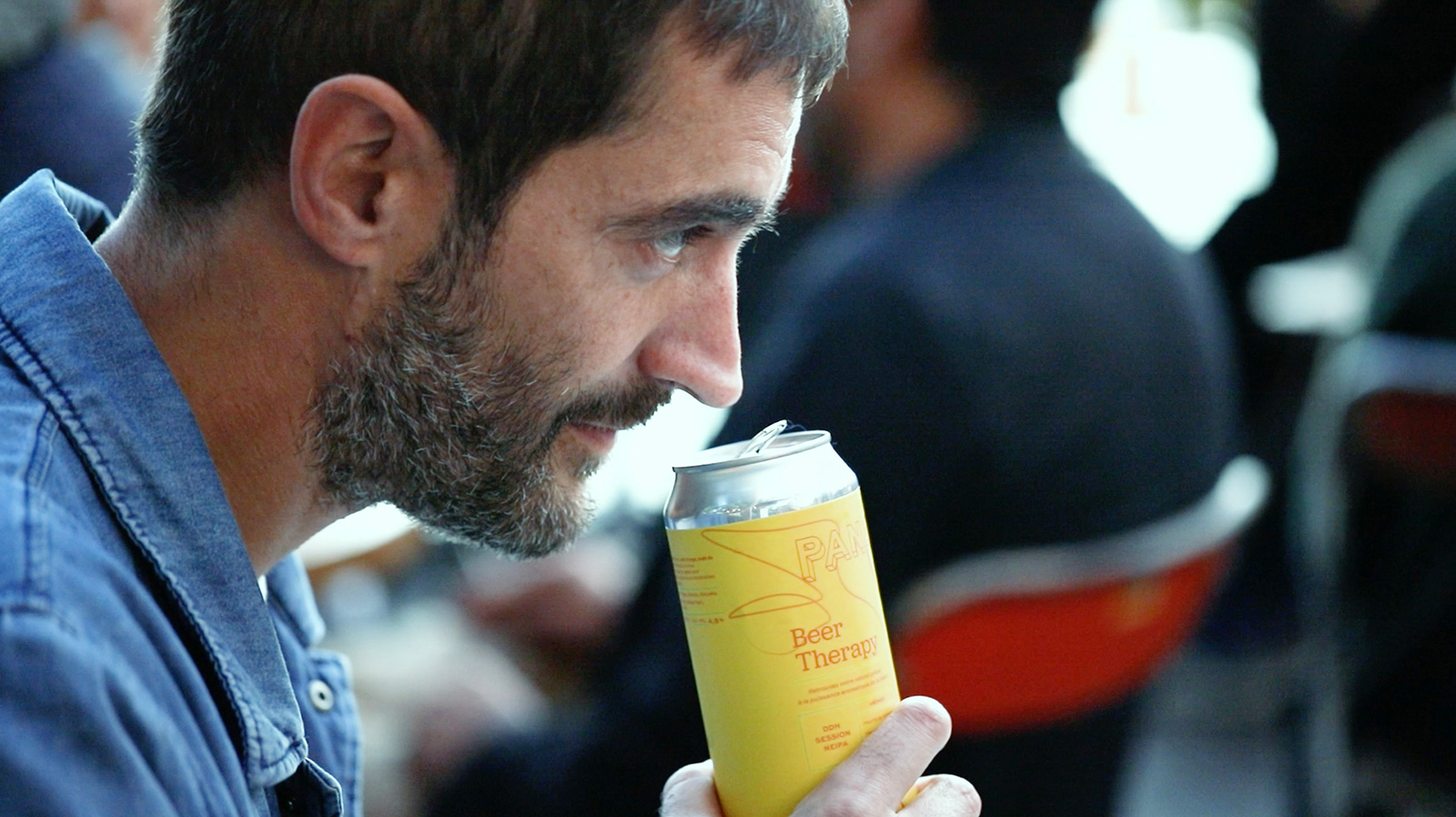 What was the biggest challenge?

Jamie: Making the beers really, really aromatic without making them taste bad. If you push the hops and the aromas the wrong way, you can end up with something undrinkable. But the Paname brewers are among the best in Paris, so we were never worried that it wouldn't work.

What was the most fun aspect of the initiative?

Mark: It was cool to work with the brewers from the beginning, to brief them, push them, challenge them. It's the first campaign we've done with brewers on the credits.

What does the packaging say?

Mark: These were the instructions on the back of the can:

Have recent circumstances robbed you of your sense of smell?
Studies show that regularly smelling a familiar and loved scent can help you get it back.
Sounds like … beer?
Beer therapy is a range of especially aromatic beers to help retrain your nose.
Open and pour.
Deeply inhale aromas for 20 seconds.
Focus on what the scents represent.
Train regularly.
Good luck!

What has the feedback been?

Jamie: In France, there's a feeling that life is slowly returning to normal—and at the same time, many people still have symptoms such as these ones. People liked the beers themselves, too—easy to get behind a form of therapy that you can drink afterwards.

How did you promote the beer?

Mark: There are plenty of beer influencers in France—a great gig to get into—so we sent out a bunch of packs with some background, including to influencers who had previously lost their sense of smell and had been vocal about it. Paname also did some Instagram promotion.

How many people have put the beer to the challenge of regaining a sense of smell?

Jamie: Hard to say how people are scientifically using the beers for scent training. What we've definitely seen is a better awareness that you don't have to sit and wait for your smell to come back, that you can hurry it along with some training. For a foodie audience like Paname's, it's good news.

Mark: Yeah, you don't have to sniff cumin jars all day like me. You can do your aromatherapy over drinks.