We've heard it said that the right perfume can convey all kinds of subtle messages, but this is probably the first time we've seen it used to transform people into citizen investigators.

The Netherlands has legalized all kinds of fun drugs, but Ecstasy—the pill form of methylenedioxy-methamphetamine (MDMA)—isn't one of them. Thus, there's a black market for them, and those black markets often source their goods from people illegally producing the synthetic drug within the country.

If you were a Breaking Bad fan, you can imagine the risks of running an illegal lab—explosions, fires, the leaking of noxious gasses and the production of toxic waste that might get dumped in open water or other nature reserves, spreading risks to people, animals and plants. Think about that next time you're rolling!

And while Ecstasy labs are hidden, it turns out they have a peculiar smell—comparable to anise, which is sweet and licorice-like. So, to teach people how to identify when those labs are nearby, the National Public Prosecutors' Office (OM) created a perfume called XTACY. 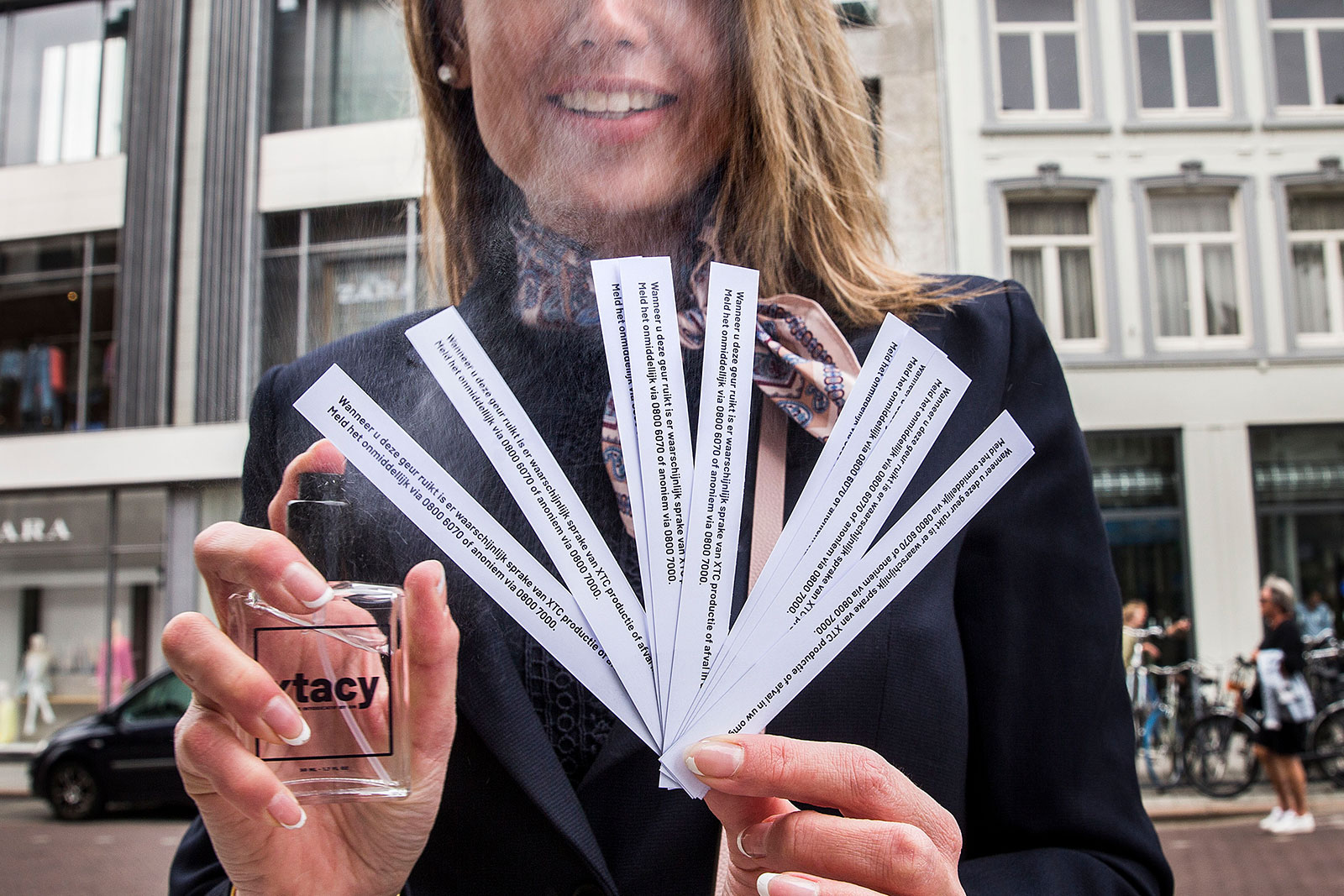 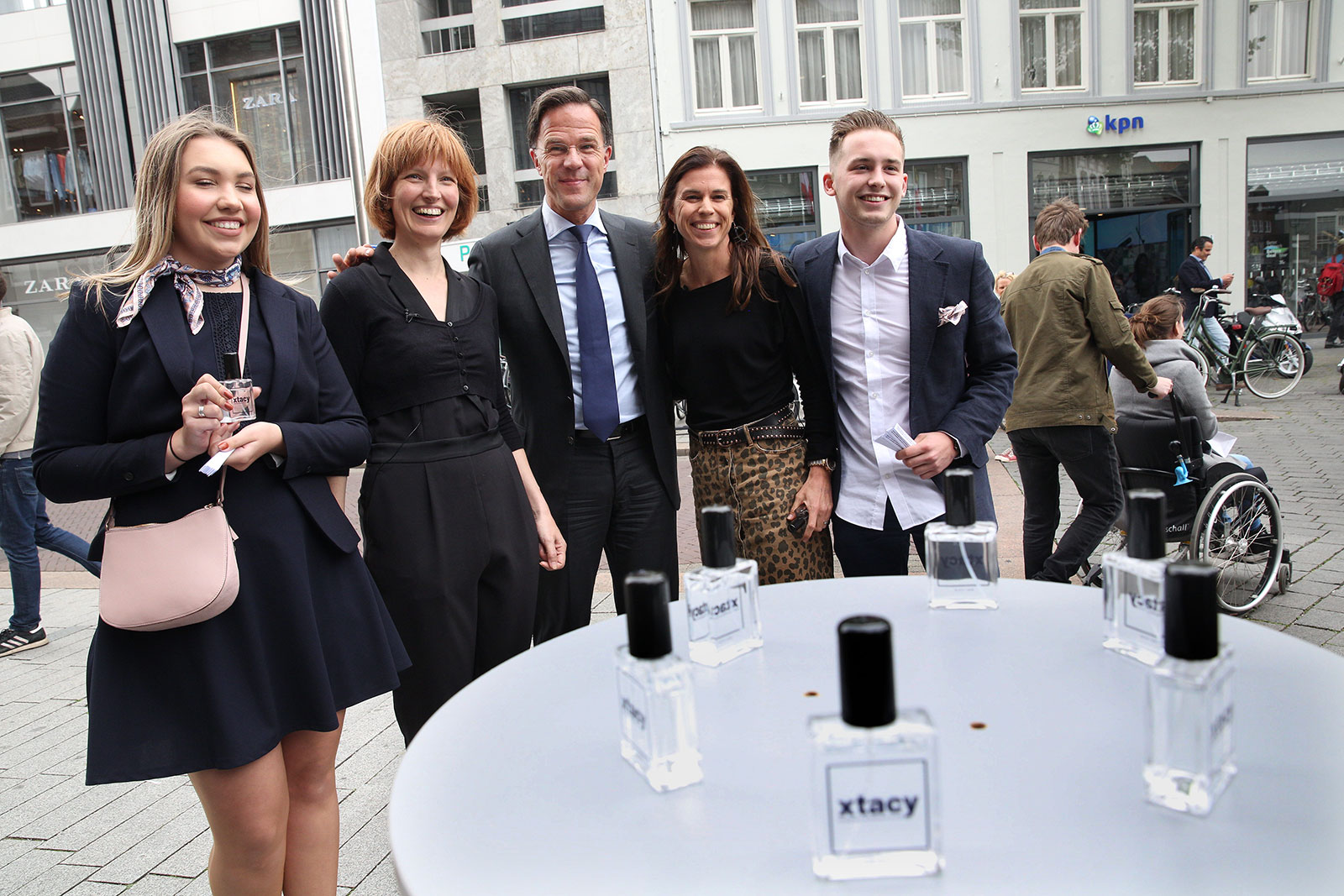 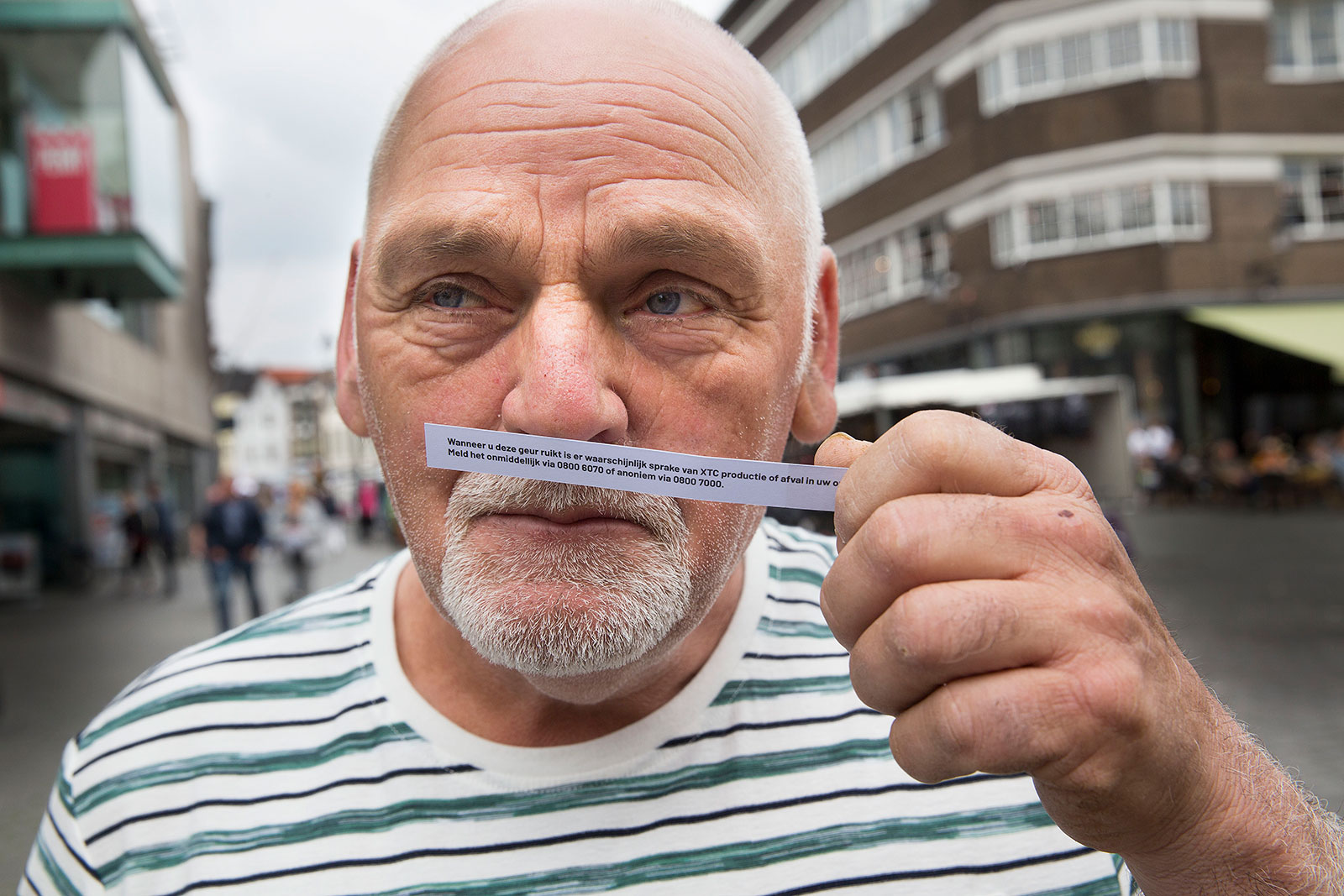 Den Bosch, the city with the highest density of drug labs, kicked off the first awareness campaign on Sunday. It pretty much looked like streetside perfume sampling, which is an appealingly festive way to teach people to sniff out crime.

Public prosecutor Lars Stempher says launch of the fragrance follows this operating logic, which has become a motto: "Once smelled, later recognized." (How proud McGruff would be!)

"The approach of synthetic drug production is constantly being renewed because criminals are growing smarter in hiding their labs from police and prosecution," he explains. "The impact on society increases as labs become more hazardous and more waste is dumped in the public domain, leading to bigger risks for public health and environmental damage. Drug labs are located in residential areas as well, and there are certain signals by which citizens can recognize the presence of a drug lab, in particular the smell."

XTACY was created in partnership with creative agency Roorda, and the tale of its involvement is as cool as the concept itself: Two OM officers in the city of Zwolle applied for an internship there, bringing a hands-on approach to creative citizen crime-fighting.

"Initially we were quite surprised when two public prosecutors applied for an internship," says Roorda creative director Joeri Jansen. "In the end it turned out to be a very smart way for the ladies to steal a strategy and a creative idea from us. We are not averse to unconventional ways to develop campaigns, so we could very much appreciate this daring action. And, of course, it is a big compliment that our campaigns apparently stand out in such a way that even the judiciary notices us. We very much hope that this campaign will be a great success."

Since the perfume's initial sampling event, its scent has spread "through the province capital," per a press release. OM also gave a bottle of the fragrance to Prime Minister Mark Rutte, shown below taking a whiff of a scent strip. 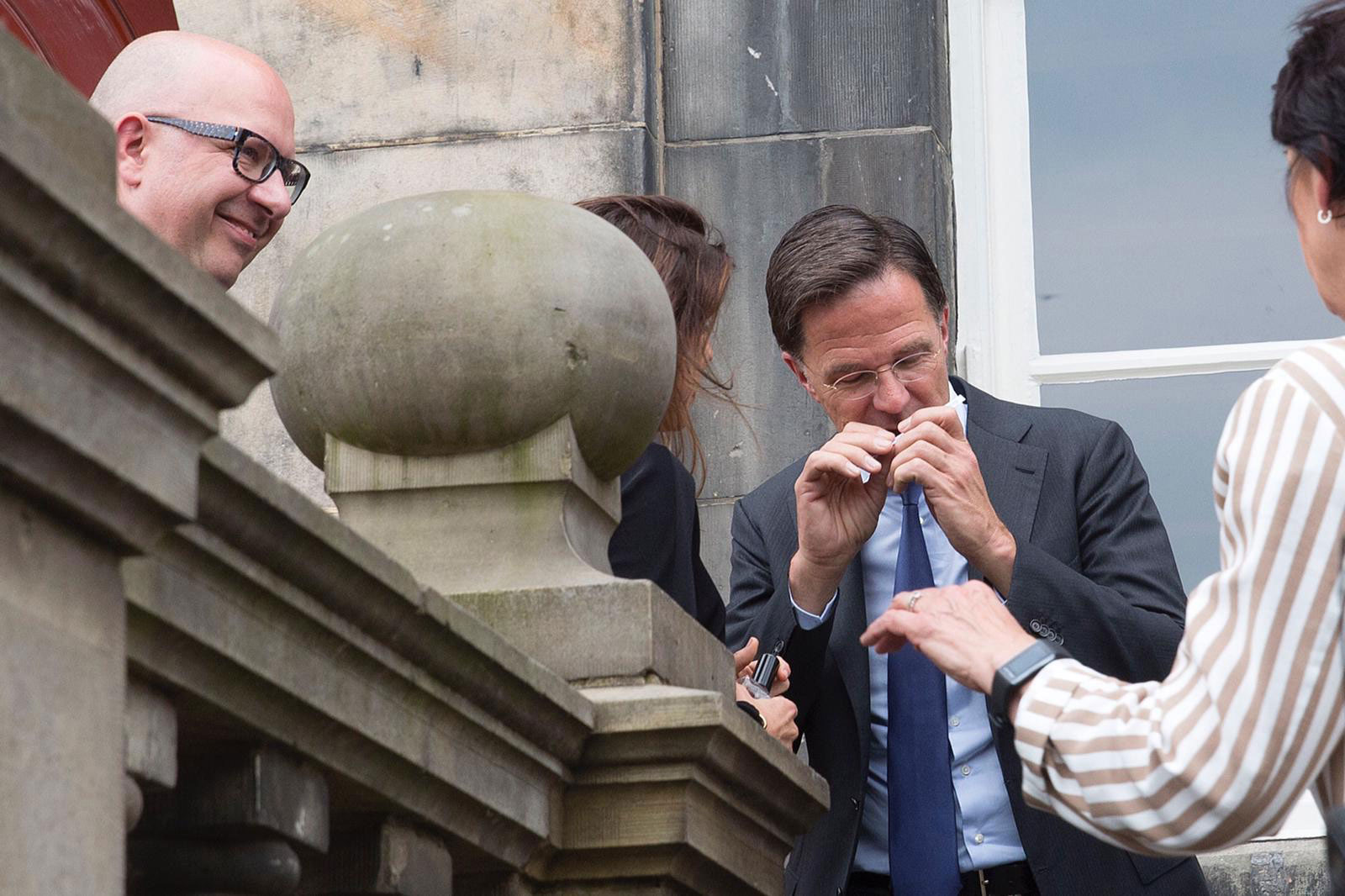 Bottles of XTACY and handy scent strips will be distributed to police stations elsewhere in the country. Cities are encouraged to organize their own streetside events to help bring more drug labs to olfactory justice.

In 2018, 82 labs, 79 chemical storage facilities and 292 chemical waste dump sites were discovered in the Netherlands.