This Monopoly Returns the Game to Its Roots: Unveiling Inequality

Even board games can be black mirrors 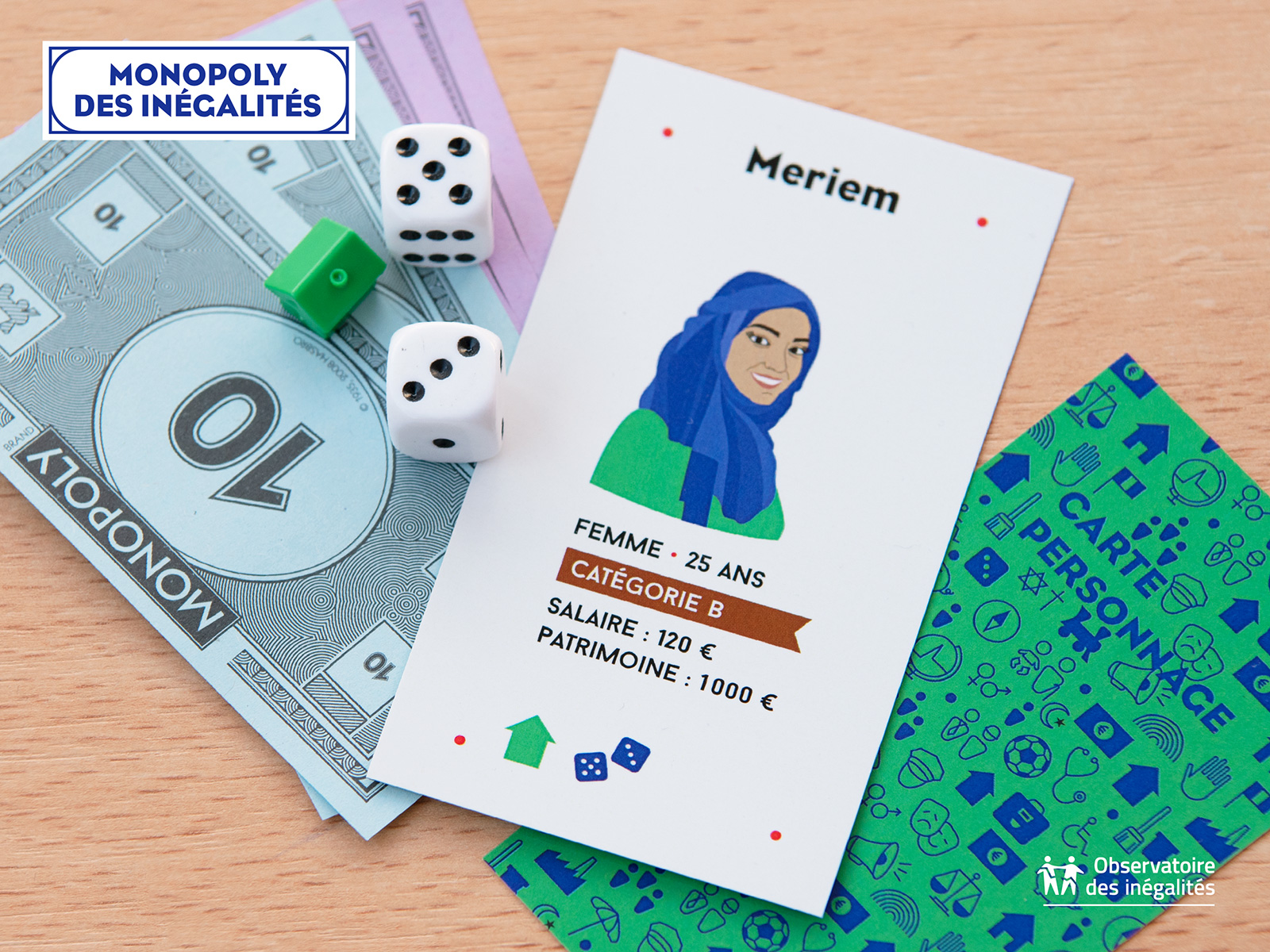 In yonder France, the Observatory of Inequalities—an independent organization that reports on inequalities in Europe—partnered with agency Herezie to reimagine the game Monopoly.

"Monopoly of Inequalities" was created in 2017, but has since been adopted as a two-hour workshop throughout French schools.

In this game, the rules of Monopoly are replaced by systemic levers and barriers. Some people start with assets on the board (simulating inherited property); others can play only with one die, not two. Women passing "Go" receive less money than male counterparts. Each rule or constraint is backed by economic and societal data, printed on the cards.

Children play it as part of a two-hour workshop on inequality, and must take on a character different from themselves.

"I think the Monopoly of Inequalities initiative is wonderful, because it has the power to address extremely serious and important issues in a fun way, making the younger generation want to dig deeper into the subject," says Elisabeth Moreno, France's minister delegate for gender equality, diversity and equal opportunities. 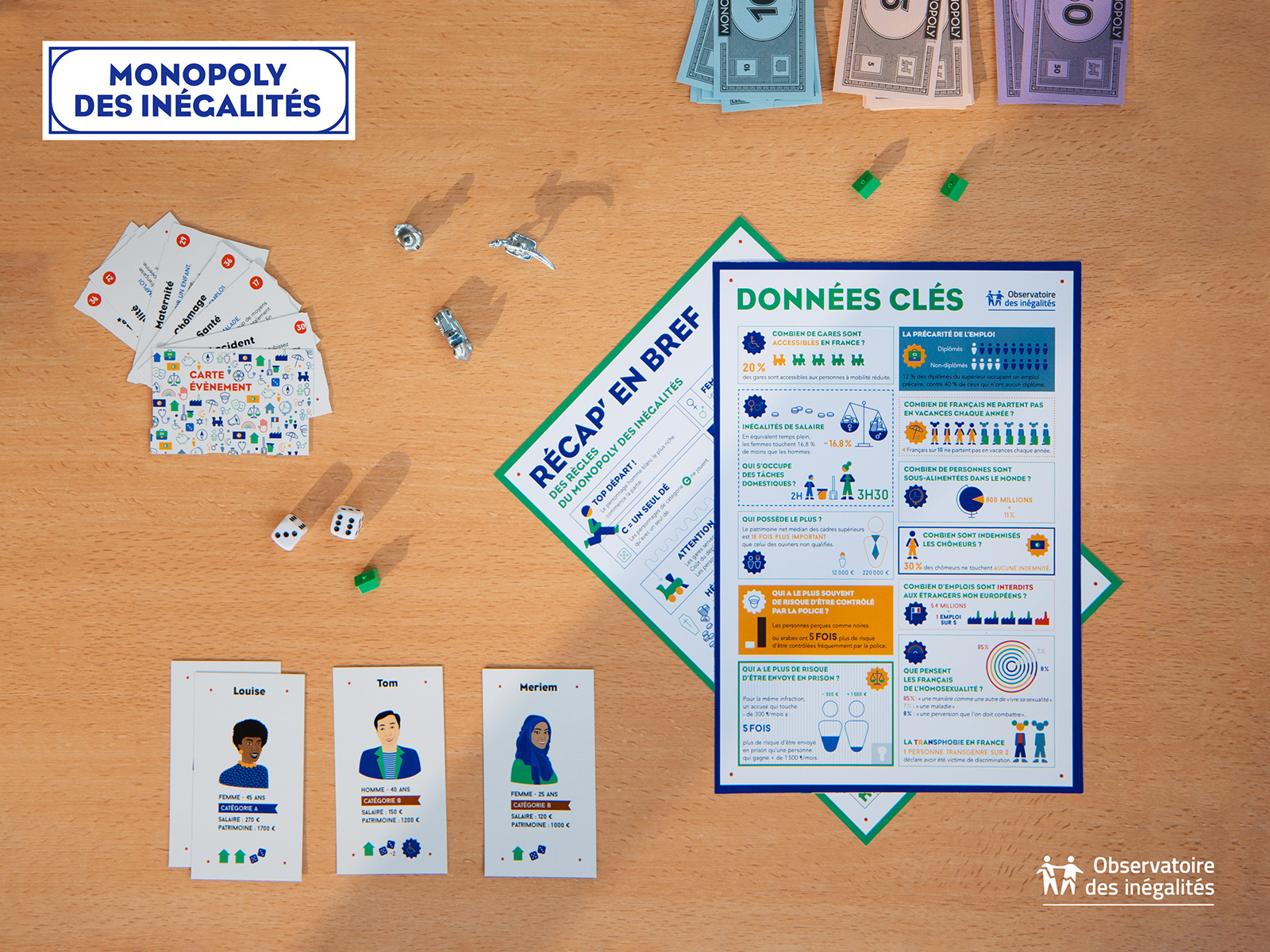 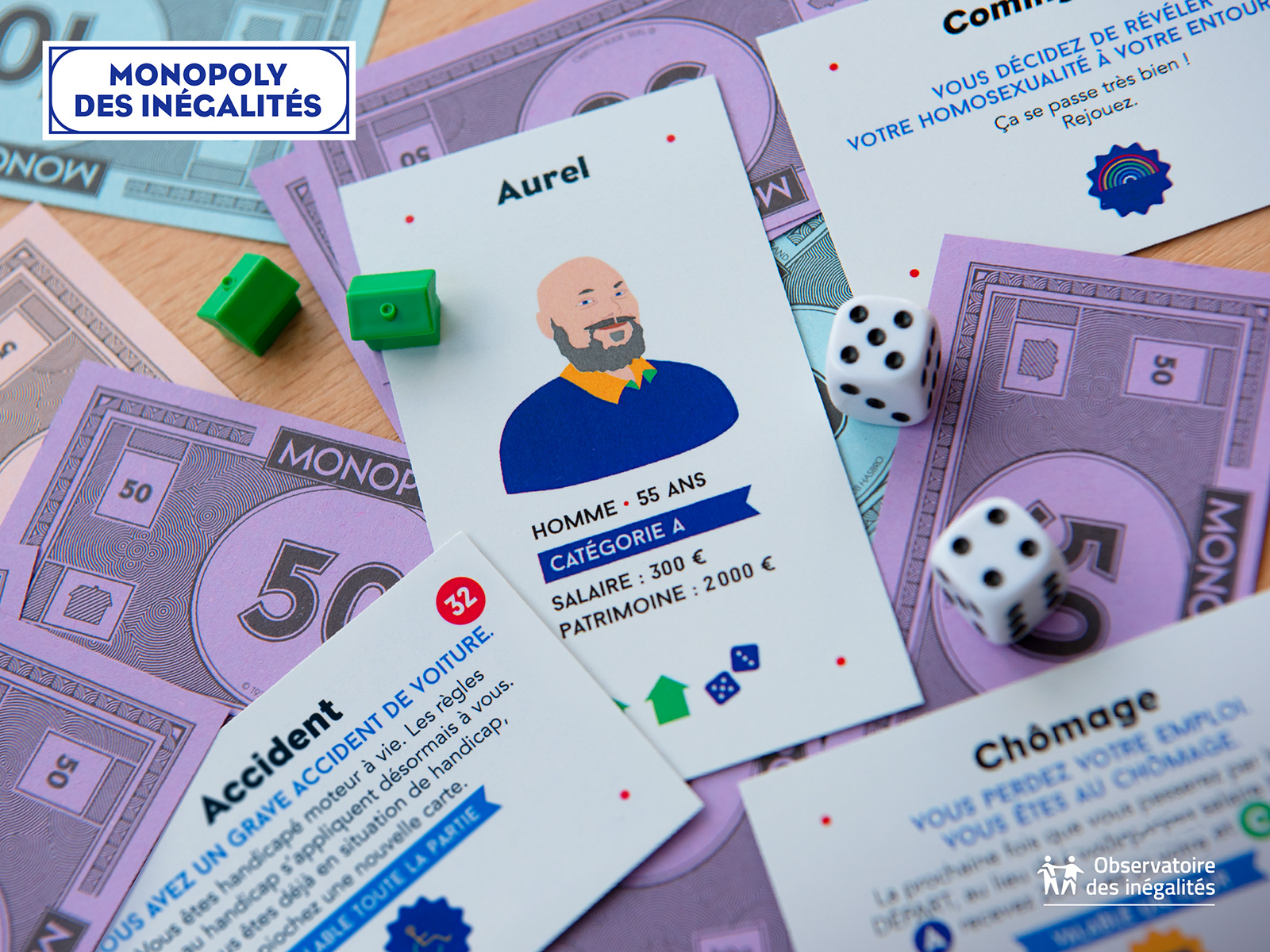 The purpose of the game is to cultivate empathy and break down the meritocracy myth. "Is real life so very different?" says Hélène Bidard, Paris's deputy mayor of youth and adult education. "Are there really equal opportunities for everybody? Aren't we all in a system that needs deconstructing?"

In the workshops, children from the age of 11 spend about 30 minutes playing the game. There is also a debate that lasts an hour and a half, designed to process reactions or learnings that surfaced in playing. They are encouraged to reflect on how they can change or account for these unspoken cultural "rules," individually or collectively.

"I think it's important to have these discussions, because for example somebody rich can better understand the situation of less fortunate schoolmates," says Alassane, a student at Yvonne le Tac Middle School in the 18th arrondissement of Paris. "It shows life isn't easy for everybody."

This year, Monopoly of Inequalities was revamped and incorporated into an inequality toolkit, available on the organization's website. It costs 50€ (about $57) for the game itself, or 150€ ($170) for the teaching version. In addition to the game, the latter includes information on how to understand each tool and explain it to students, 10 posters created by finalists of a "Youth for Equality" contest, and a USB key with resources for running workshops.

The video concludes, "It's time to change the rules of the game." 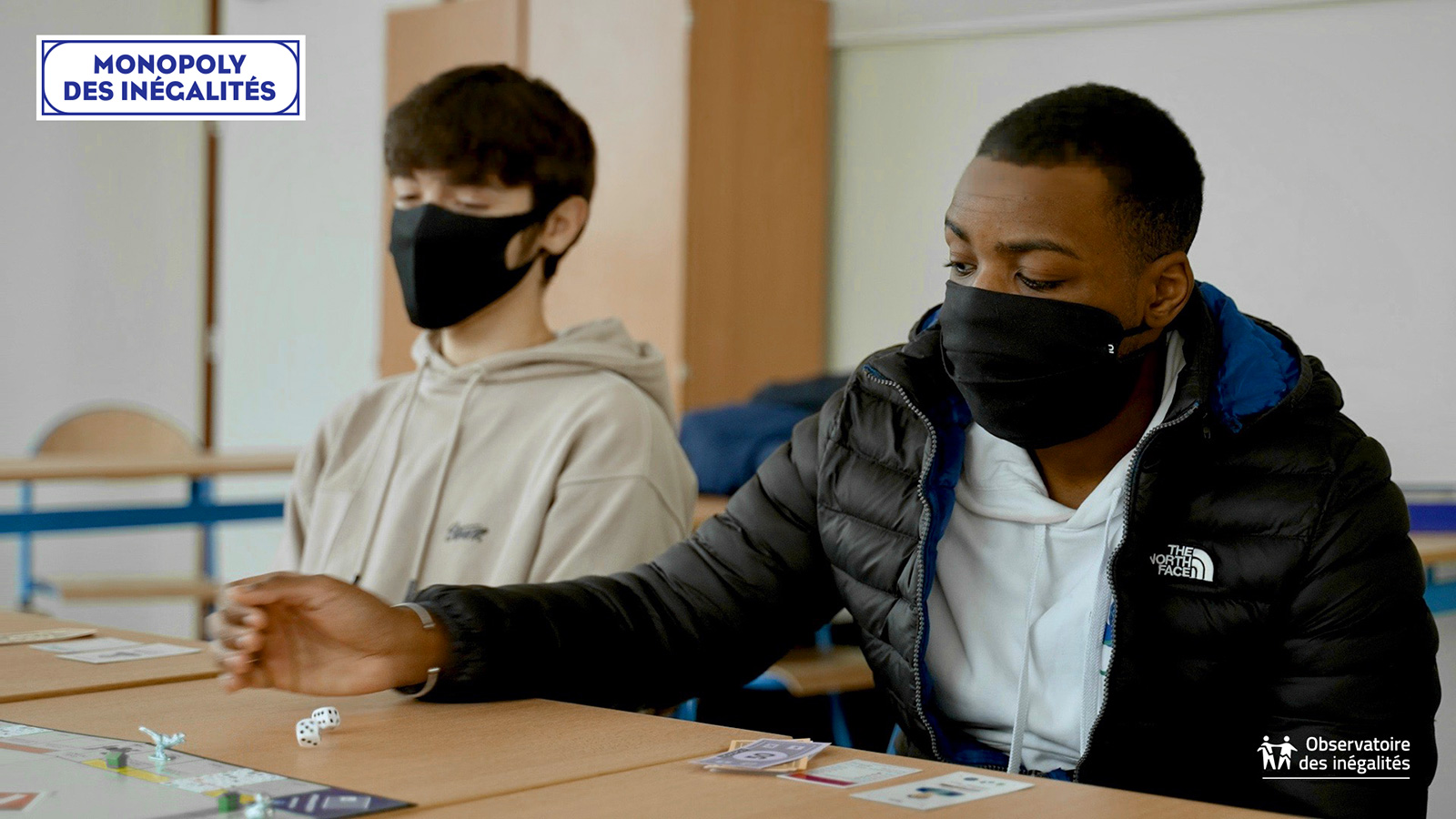 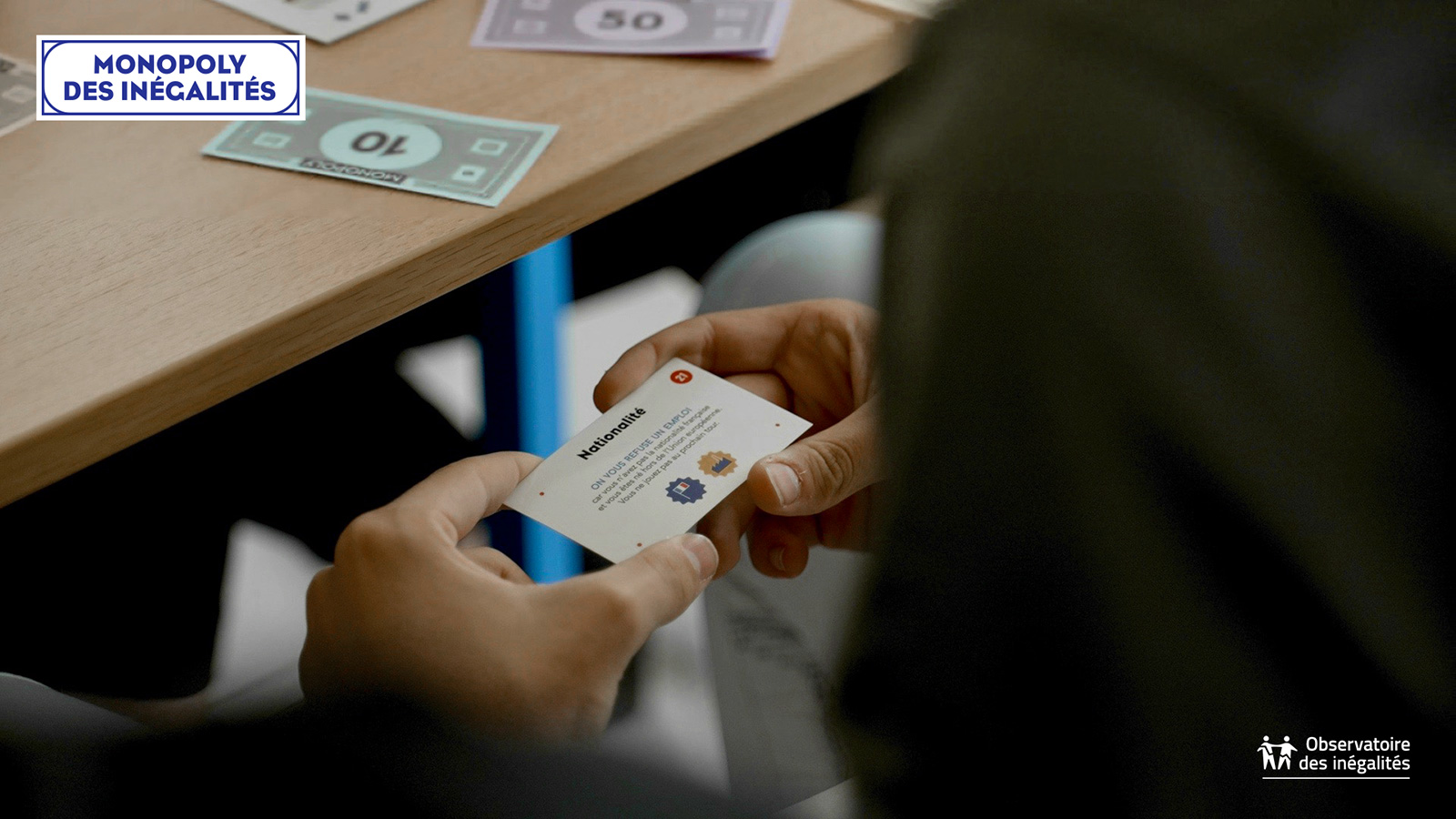 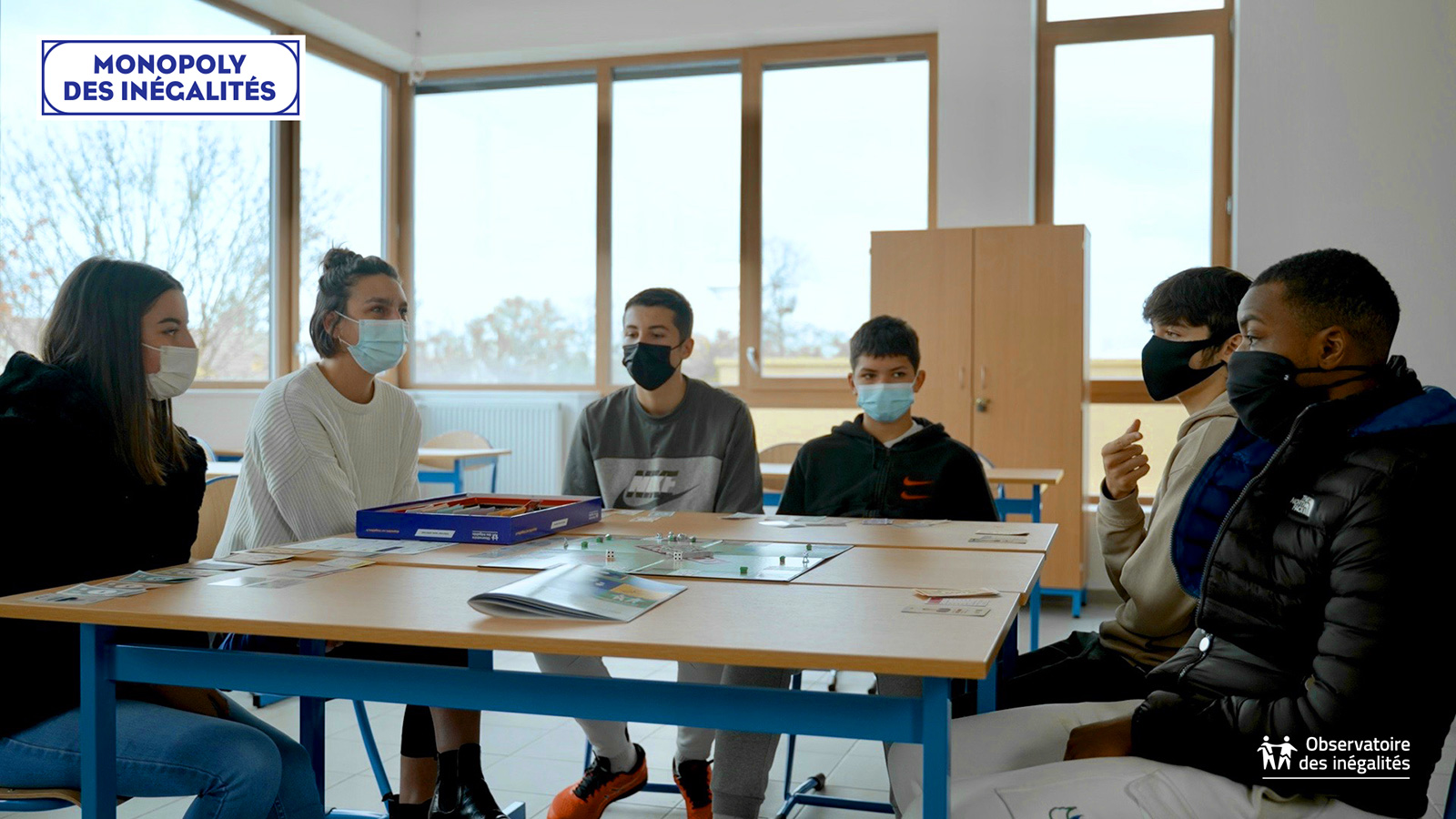 Interestingly enough, the Monopoly of Inequalities may have more in common with the "original" Monopoly than the version we play today. The objective of Monopoly is to win by maintaining solvency and developing land across the board, forcing other players into bankruptcy. Britannica says it's the best-selling privately patented board game in history, and it ironically rose in popularity during the Great Depression.

But Monopoly was based on a similar game, designed and patented by one Lizzie G. Magie in 1904, titled Landlord's Game. Its function was to illustrate, in action, the exploitation of tenants by landlords during a time of widespread land speculation, one source of economic injustice. For Magie, it functioned as a marketing tool for what she considered a remedy to that problem: property tax.

An unemployed engineer called Charles B. Darrow built on the idea, and other similar board games that existed at the time. He sold Monopoly to Parker Brothers in 1935. Notably, Parker Brothers marketed it as "the brainchild of an out-of-work engineer seeking an affordable means of entertainment during a time of economic hardship."

Way to change the narrative. But an idea, even newly packaged and repurposed, often maintains some thread of its source code. Every once in a while, somebody grabs onto that thread and tugs … and suddenly you get things like Monopoly of Inequalities.