McDonald's New Smoke Detector Orders In When You Burn Dinner

The McDelivery Detector will not judge your sub-par culinary attempts 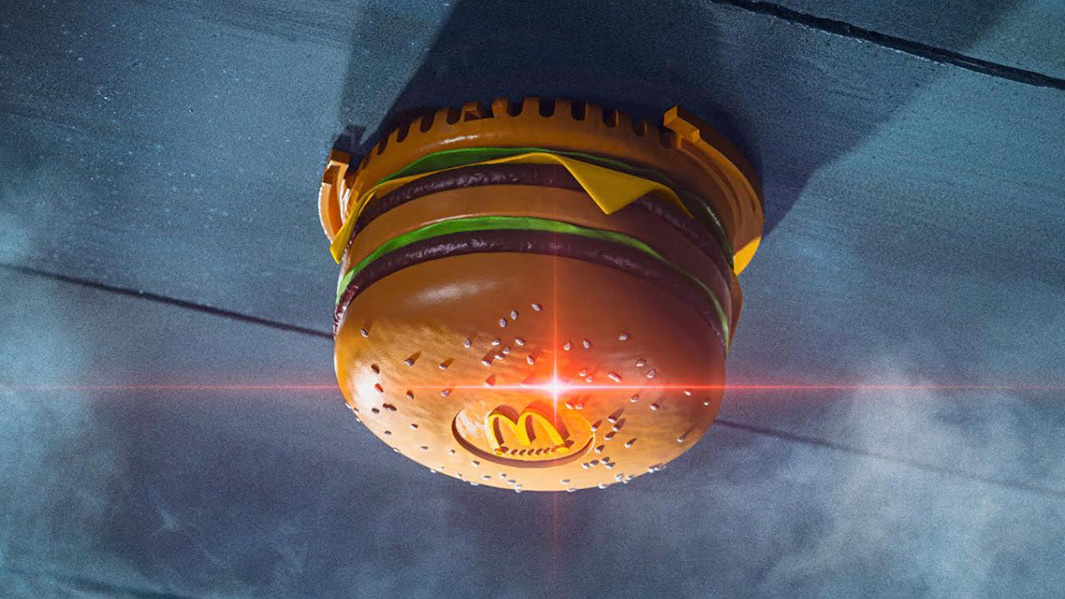 We've all walked away from something cooking on the stove only to have it blow up in our faces. Smoke throughout the house, a blaring smoke detector and a ruined meal. Time for Plan B.

McDonald's has a solution for the culinary challenged—the McDelivery Detector. A smoke detector in the shape of a Big Mac sends your favorite order to the closest McDonald's when smoke is detected.

Here's how it works. Via the McDonald's app, users preselect their favorite meal orders. When smoke wafts through their kitchen, the McDelivery Detector goes off, playing the "I'm lovin' it" jingle, natch. The consumer will get a text asking if they want a McDelivery.

Fans can share their most embarrassing cooking snafus in the app for a chance to win one of six McDelivery Detectors. Since it's not an official smoke detector, winners will also receive a traditional smoke detector.

Muse spoke with Darre van Dijk, chief creative officer of TBWA\Neboko, about the incident that led to McDelivery Detector's creation, how they're 3-D printed, and why you still need an official smoke alarm.

Muse: How did you come up with this idea and how many did you make?

Darre van Dijk: It started with a failed lasagna by one of our creatives. His family started to become hangry, and they had to order in McDelivery to save the evening. The next morning they started to brainstorm on this experience and the idea came to life. After we pitched it, McDonald's gave feedback that guests often report their food is burnt and they go to McDonald's to solve it. Now, six months later, we have six McDelivery Detectors to give away among Dutch amateur chefs who can use some help as well.

How can consumers enter the contest?

McDonald's fans are called upon to share their most hilarious kitchen fails. The funnies stories of the worst amateur chefs will be rewarded with this must-have gadget. After a selection, the winners will be personally contacted and they will receive the McDelivery Detector. By the way, everyone wins: When you submit your cooking mistake in the McDonald's App, you will receive a discount code for free McDelivery delivery via Uber Eats.

What is the overall goal of the campaign?

To get McDelivery top of mind in the Netherlands. Everyone makes a mistake in the kitchen sometimes. We want people to think of McDelivery when dinner doesn't go the way they wanted.

Was it difficult to construct and connect online so it can place an order?

Yes, it was. We needed to create a detector with a chip that was connected to the internet of things, so it could send a message to your phone and the nearest McDonald's restaurant. Winners will receive the detector with a QR code on the back. By scanning it, they can fill in their contact details and their favorite McDonald’s products.

Were there any challenges in creating the McDelivery Detector itself?

Yes, we needed to 3-D print a detector in the shape of a Big Mac. This sounds easy, but we had to make a lot of prototypes before the final one was approved. It takes 12 hours to print one detector, so when it goes wrong, you have to start all over again. We also needed a strong battery that could ensure a long service life and was able to play the iconic McDonald's tune, while keeping the detector as small as possible.

Does it know the difference between burnt dinner and a house fire? Is it a specific amount of smoke that gets your order placed?