Y&L's ECD tells us about her interview series

Eunoia is the shortest word in the English language containing all five vowels. It means beautiful thinking.

It's also the name of a thought-provoking series of interviews that Carolyn Hadlock, executive creative director at Young & Laramore in Indianapolis, has been conducting for two years.

Hadlock's definition of "beautiful thinkers" is refreshingly broad, and goes well beyond just people with "creative" in their title. Her very first interview was with Russ Klein, the longtime CMO who led Burger King's marketing during its glory days with CP+B (he's now CEO of the American Marketing Association). Along the way, she's also spent time with artists, authors, musicians, and both agency- and client-side marketers. She's published conversations with Teresa Herd, global creative director at Intel; Bob Wheeler, CEO of Airstream, Lisa Ingram, CEO of White Castle; Brad Jakeman, former president of PepsiCo; Armin Vit and Bryony Gomez-Palacio, founders of Brand New; Paula Scher, partner at Pentagram; and many others.

Hadlock recently expanded Eunoia from a visually driven interview series on Medium into a podcast as well; the last three episodes are available in audio form. 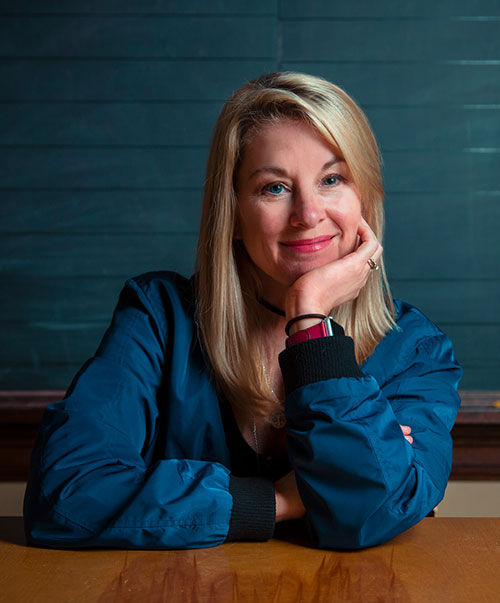 Muse spoke with Hadlock about why she launched an interview series, how she's trying to evolve it, and what kinds of beautiful thinking she's most drawn to.

Muse: Eunoia is such a great name. Were you aware of that word beforehand?

Carolyn Hadlock: I was not aware of the word. This is an interesting fun fact: No one I've interviewed has been aware of that word. Brian Collins probably came the closest. What we were trying to do is come up with a framework to capture the thought process that goes into making the work. "Beautiful Thinking" was the overarching idea. And then finding the Greek version of beautiful thinking cemented the deal. If "Beautiful Thinking" isn't contextualized properly, it could be seen as lofty or elitist. And we loved the puzzle of it being the shortest word in the English language that uses all five vowels. It's aspirational, but accessible. It just had a punchiness about it.

What was the inspiration for you to start the series?

The original motivation was when I became ECD of Y&L. The agency had never had that position before. It was very unchartered territory. And it was an opportunity for me to step back because I wasn't responsible for the day-to-day of clients anymore. I could become a student again. It was a luxury, really, to fall in love with advertising again. When I started, it was about the work. Then I quickly realized, I like the work, but I'm wired to find out the work behind the work. That's when I started talking to more creative leaders. But then I felt like that was only half of the story. For the full story, you talk to everybody who's involved in the brand, whether it's Sophie Kelly of Diageo, who I just interviewed and who is a creative thinker, or Eoin McLaughlin, who is Channel 4's new creative director. Beautiful thinking happens at the intersection of disciplines. I can go in any direction and find a beautiful thinker, and they all converge. It started out as my own personal quest, and became a thought leadership initiative for Y&L, too.

Do you have any background as an interviewer?

So this was totally new.

Totally new. And in fact, I came up as an art director, so it was quite intimidating for me. But I've always loved biographies. When I was growing up, I loved reading about people's stories. And I was a pretty voracious reader. My goal for an interview is for the person to have a minor epiphany, to connect the dots they hadn't seen before in their story. And I do think, as a creative director, maybe I come at it from a different angle than a journalist or a business writer or somebody from within would come at it. 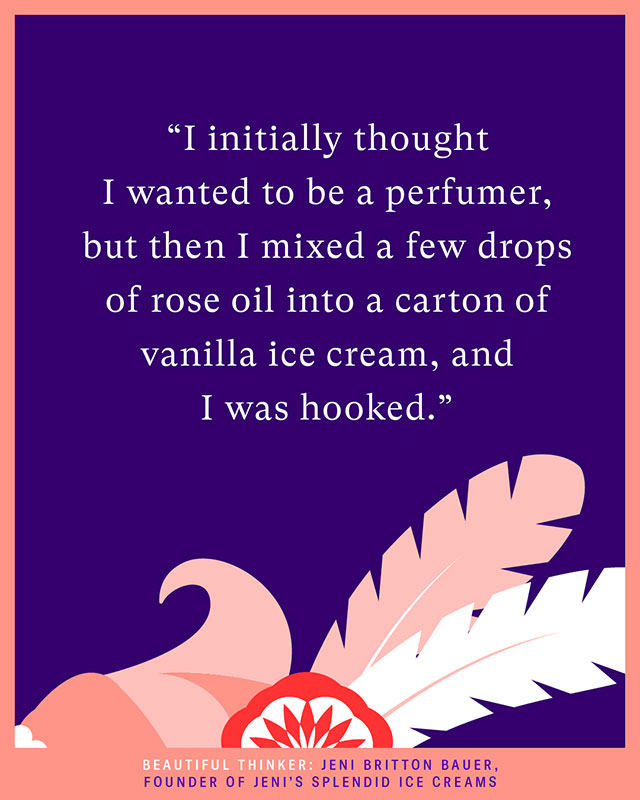 How do you approach the questioning?

I'm very interested in below-the-surface things. I'm attracted to leaders who are doing original things in their space. And much of the reason why is because they've been shaped by adversity. Jeni Britton Bauer of Jeni's Splendid Ice Creams—they had a listeria breakout, and it was a moment of, "What are we going to do?" You basically have 24 hours, and they were able to pull everything off the shelves and keep their fan base and not lose business. Those are the things that I find super interesting. I was a very average student, so I was a late bloomer. If I can help somebody else feel, "Oh, that person had a hard time too, but look at them," that's something I strive for. I'm always angling for, "What's the thing you don't often talk about?" or "Who's the person in your life that really influenced you that will never show up in an article?" Who's the creative version of this person?

Do you have any favorite interviews you've done?

Oh, gosh, yeah. For sure. I just interviewed Hugh Weber [managing editor and chief creative officer] of The Great Discontent. It's a magazine that was started by two designers—it's kind of the untold stories of artists, and it's such a great title. I think they started it back in 2004, maybe, and recently they decided to sell it. A guy named Hugh Weber, from South Dakota, bought it, but he is not a creative. So I called him to ask, "Can I interview you on why a non-creative person just bought a super creative magazine? How does it work? What are you going to bring to it now?" That one was really interesting because he designs communities. He's going to apply that expertise to The Great Discontent. That was a cool one.

I interviewed [Pentagram partner] Paula Scher. She's awesome. I really enjoyed Pat Brown, the CEO of Impossible Foods. That was amazing. Again, my angle with him was, "You're a scientist who cracked a culinary problem. I would love to talk to you about how you did that."

Unexpected collisions is sort of a theme. 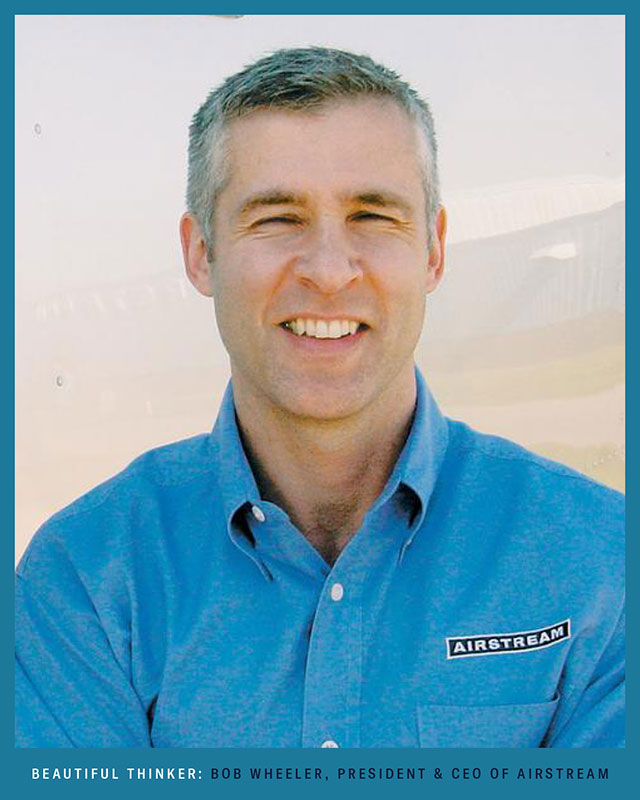 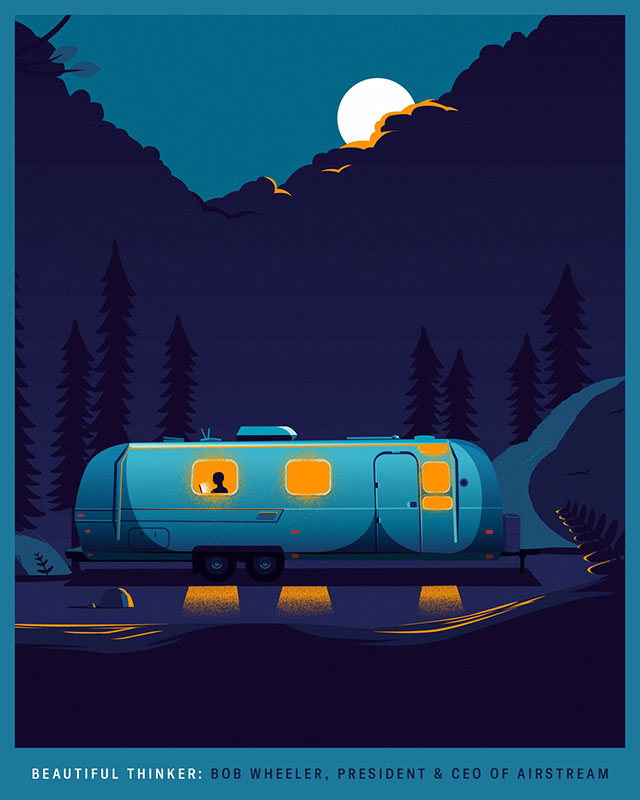 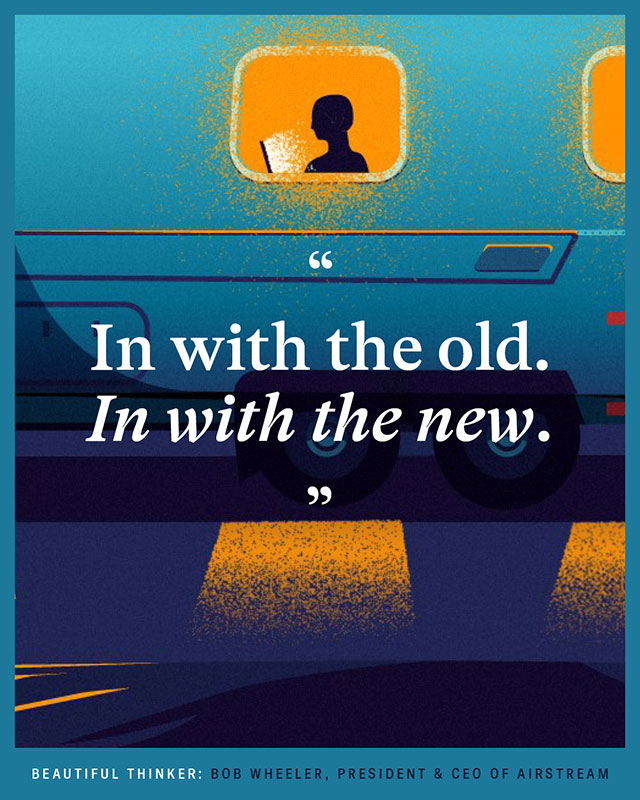 Why did you make the leap from written interviews to a podcast?

I was getting a lot of feedback that, while the interviews were great, they were lengthy. A lot of people just said, "Hey, I'm finding it hard to find the time to really sit down and read this, but it's really thoughtful content." Obviously podcasts are such a mobile thing. So it came from solving a problem. And I think it's a great companion piece. I love the visual interviews on Medium, because I can incorporate the people's work and their visuals, and it brings a design aesthetic to it. But I think you're just not going to get the listens or the reads if you're not a podcast.

The hardest part for me was, when I could write them, I didn't have to be as prepared. I could just have a conversation. I try to stay away from coming up with questions ahead of time, just because I like the conversation to be organic. In a podcast, it's a different story. You can't go back and change words. The challenge for me is staying loose but having structure. But the other stuff is easy. I'm grateful that we have a content team here [at Y&L]. I have somebody who can help me with the mechanics of recording and editing. There's definitely a learning curve, but I think it's adding a nice dimension to it.

Well, you did the Lee Clow series. I loved that.

Oh thanks, yeah, that was fun.

One of the things I'm playing with, too, is length. Some people would argue that the average commute is 25 minutes, and that's the length your podcast should be. But I don't know. I think part of the creative piece of what I'm trying to get at, it's not fast. Mine are coming in more like 40 to 45 minutes. So we'll see how that goes. But I don't want to truncate the story for efficiency. I don't think Eunoia is about efficiency. 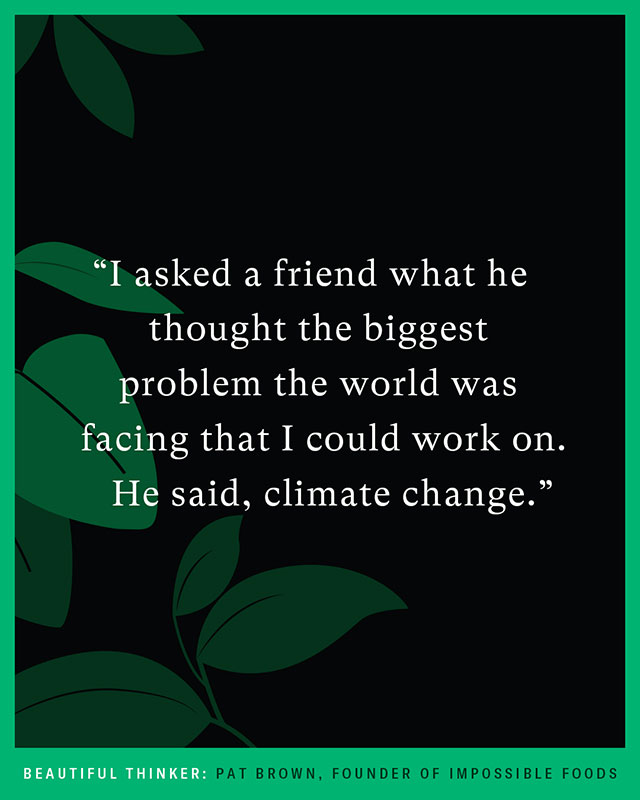 You also have an Instagram feed, as another visual way to reach people.

Yes, that is a channel where I can deconstruct the interview into different assets—maybe you'll see something from an interview and go, "Oh, that's interesting. I want to know more." Then you can go over to either the podcast or to Medium.

The other thing was, I didn't really have a personal perspective about beautiful thinking inside Medium beyond my filter on the people. As a creative, finding and uncovering beautiful thinking is my vocation. So, on the Instagram feed, I create interstitials between the interviews—one I'm working on right now is about walking meetings. "These are the benefits of doing a walking meeting." Just to be able to interject more practical things you can do. I really like Eunoia living in the space of practical but imaginative. I like the tension of those two things.

The other dimension to the interviews in Instagram is a section called "Between the Lines," where I highlight key takeaways. Not everybody might see what I see in this person's story. These are things people can apply to their situation or work. I don’t think of this as a talent, but a muscle you have to work. It’s a daily practice.

Do you have a few dream guests you'd like to interview?

What's next for Eunoia? You've been doing one or two interviews a month. Are you hoping to do more than that in future?

I would love to. I think it's got momentum right now. People are starting to see them, and see the value of them. And I have a list that's very long of people I'd like to talk to. I think we're starting to get into a groove.

Check out Eunoia on Medium and Instagram, as well as Spotify, Apple, Google or wherever you get your podcasts.