A journey through two decades of satire

It was way back in 2001 when a West Coast creative director—who to this day prefers to remain nameless—launched Adweak.com, a parody version of the advertising trade magazine Adweek (my employer at the time, as it happens), featuring wry, Onion-esque stories about the absurdities and indignities of the advertising business.

Seventeen years later, Adweak is still going strong. Following a hiatus of a few years in the 2000s, the parody site (its precient original tagline: "Ad criticism and blatantly fake news") was reborn on Twitter—which has turned out to be the perfect venue for its hilarious headlines. (The original Adweak.com had full stories, and they still do some paragraph-long pieces in an occasional newsletter. On Twitter, though, the headline is enough.)

Counting more than 50,000 followers today, the Twitter feed is beloved by many who find catharsis in its biting honesty about the soul-sucking aspects of the business. Indeed, Business Insider named @Adweak the No. 1 industry Twitter feed to follow, an honor of which its creator is quite proud.

BREAKING: Mid-Size Agency Looking For Acct. Coordinator With 2 To 3 Years Experience In Just Writing Down Everything Client Says And Reading It Back To Creative Teams

The story of Adweak's first and second acts is a curious one—part comedy show, part social-media case study, even part new-business experiment. Muse spoke to the creative mind behind @Adweak about the ups and down of its journey.

Muse: Tell me how you started Adweak.
@Adweak: Years ago, a fellow writer and myself, we just thought it would be fun to do The Onion but for the advertising market. It started off as a website, and then after a while it got to be more trouble than it was worth. We didn't plan to do it very long, but everybody liked it, so they encouraged us to keep it going. About three years ago, we resurrected it as as a Twitter account. It's a lot easier to update and post new things when we want to.

I remember at Adweek, we were a bit obsessed with Adweak when it launched. One of our columnists did a piece.
I remember that. Adweek has done a few things on us.

We prounounced it "Adwee-ACK," to distinguish it from Adweek. I imagine that's not the proper pronunciation, though.
Nah, it's just Adweak [pronounced like Adweek]. But we do have to spell it for people.

So there was a gap after you stopped updating the site and before you came back in social.
A number of years. Once we were on Twitter, we wanted to use it as a kind of social experiment. You read all these stories about when you should post, what you should post, how often you should post. We wanted to see if we could do something that was completely opposite of what everybody said. We post, sometimes, four or five times an hour. We don't follow anybody, or reply to anybody. We'll sometimes direct message, but we just wanted to see if we could gain an audience and engagement just writing what we wanted to.

The opposite of best practices.
And we did get an audience. We have about 50,000 followers. Every time we post, within seconds it gets either retweeted or liked. In the last month, according to Twitter analytics, we had over 2 million impressions. We've picked up 1,600 new followers in the last month.

Why do you think it's so popular?
The comment we get more than anything is, "It's funny because it's true." We like to point out some of the ridiculousness of the business. And we try to spread it around, so we're not just mocking clients, or creative directors, or planners—we try to spread the mockery around so it doesn't look like we have a real axe to grind with anything or anyone. And we try not to be too mean. But when somebody like BMW doesn't notify the agencies that were in the pitch [that they had chosen a winner]? They deserve something a little bit more hard hitting.

BREAKING: BMW Says It's Pleased With How The Ad Industry Press Handled Letting Agencies Know They Didn't Win The Account

Do you find engagement is different when you do a newsy tweet like BMW?
Not really. In fact, I think there's probably less engagement when we use a real brand name. People don't want to be associated with it and burn any bridges. The highest engagement is anything about digital and social. But like I said, with every one of our tweets, it is within seconds that somebody engages. And we have quite a few big names who follow us, so it's interesting when I see some of those names pop up. We have started using it as a business tool, too.

Yeah, I noticed you have the Adweak Studio, where you explain that you also do client work.
Yeah, and it's been working. Several brands have reached out to us. We've done some small projects for them, so it seems to be doing what we want it to.

Do you carve out time to brainstorm and write headlines?
No. We read Adweek and the other trades for topical stuff. Sometimes I'll be sitting at the gym and I'll write a tweet on my phone. There's really no real social calendar for it. It's just kind of whenever it comes to us.

Give me the story about some of the tweets. First, this one: "Mom Tries to Explain to Son Why Copywriter Dad Won't Be Home Because He's Working on Mobile Banner Ad Revisions."
That was a time where you'd seen a lot of people grumbling about work-life balance and people having to stay late and missing their weekends. It may have even been the story in New York where a couple of guys were going to go to a bachelor party in Florida, and I think it was suggested that they don't do that, that they stay and work on a pitch.

I remember that one.
I think that inspired it. But I've just seen and heard a lot of people not happy with not being home on the weekends, and working late hours, so that's where that came from.

How about "Report Finds 90% of Creative Directors Leaning Against Wall Crossing Arms For PR Photos"?
That one was one of our most popular, if not the most. It's just from seeing all these PR photos of creative directors, and a lot of them seem to have the same pose. You know when you've touched a nerve when people will say "It's funny because it's true," or there'll be a lot of retweets and likes.

That one got 1,500 likes.
Yeah, that racked them up quite nicely.

"Intern Excited to Get Assignment to Find Stock Photos of Busy Moms for Client Presentation."
Every picture presentation I've been in, it's the same photos. "Look how busy people are!" Or, "Look at people on their mobile devices!" That was another fairly popular one. You've got interns scrambling to pull photos and pin them on the walls. And sometimes there's no rhyme or reason, it's just to make them look busy. That one touched a nerve as well.

BREAKING: Agency Figures Out Solutions To All Of Brand's Issues Within Half Hour Of Receiving RFP pic.twitter.com/Q7cvNiABOz

OK, one more. "Agency Figures Out Solutions to All of Brand's Issues Within Half Hour of Receiving RFP."
Again, just from experience, whether they're creative directors or the president or planners, people think they have it all figured out—what's wrong with the brand, what the opportunities are—without really spending much time on it. I mean, they end up spending the time on it, but I can't tell you the number of people I've been in meetings with that just have it all figured out. They know exactly what the brand needs.

I suppose you have to find that balance where you poke fun at the industry without getting too cynical or too bleak. Is that hard to find?
Yeah. We still work in the business. We certainly don't want to burn any bridges or point fingers too much. But yeah, it's finding that right balance. The funny thing is, whenever we mock a certain position—whether it's a strategic planner, or media director, or creative director—they're the ones that jump in and go, "Yep, this is me! Yep. I've done this before!" [laughs] So, they admit it. That's when you've found the right balance, when the people you're mocking are the ones who like the posts.

Do you write most of the tweets yourself?
My [agency] partner and I write most of the tweets. We even send out a newsletter every couple of weeks. But we have a few people at agencies who contribute—not often, but they'll send in some lines. There's one, I can't mention his name, he's a CEO of one of the big agencies, and he always submits tweets. We hardly ever use them because you can tell he just got out of a bad meeting or something because he'll write these headlines nobody can relate to. It's just him that went through this. I've known him for years. He wants to remain anonymous. 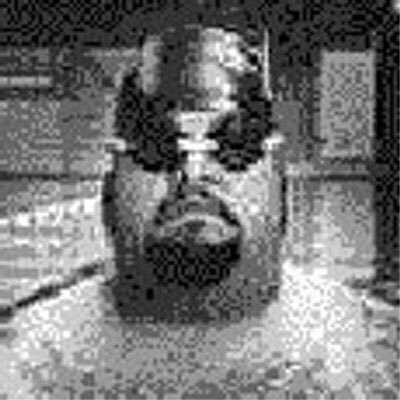 Is there a story behind the Adweak avatar [above]?
We found it years ago. We just stole it. We didn't know whose it was. We wanted to remain anonymous in the beginning, so we used that photo. And after several months, the photographer who shot that photo sent us a note and said, "Hey, that's my photo." And we're like, "Oh, we're so sorry. We'll stop using it." And he goes, "No, use it! I like it. I just wanted you to know it was my photo." [laughs]

He didn't want any money or anything.
No. And then at some point we lost the original. That's why it's all grainy. I've searched, so it's gone through several variations of being copied and pasted.

Maybe that gives it an extra vibe of authenticity.
I think it kind of does. A little bit more mysterious.

How cynical are you in real life about the ad business?
I mean, I'm cynical. I don't know what's happened to the business, but I think we've made it more difficult than it should be. I think we're overanalyzing everything. I love the business, but I think there's too many people in meetings. Too many meetings. The meetings are too long. Everything is overanalyzed. It's not like it used to be.