The Hilarious, Harrowing Tale of a Young Black Filmmaker Trying to Break Into Advertising

Morgan Cooper and Brandon Porter on U Shoot Videos?

A salient, not-so-subtle scene arrives at the halfway point. Our hero, Moji, endures an amazingly awkward job interview at a lily-white creative shop. Centered in an overly bright shot, he sits in front of a whiteboard, with the word "diversity" scrawled above his head. As clueless interlocutors name-check Coldplay, they wonder why he can't afford a key grip or gaffer, and treat him like he just arrived in their midst from another planet.

"This scene is inspired by memories that I have from the beginning of my career—stepping into really sterile, corporate environments as a young black creative," Cooper tells Muse. "Coming from the low-budget music video world, I remember how intimidating these spaces felt. I was embarrassed to show my portfolio because it was filled with rap videos, and I didn't feel like I could be myself."

Fusing Cooper's own experiences with the true story of aspiring filmmaker Moji Wilson, the tale, shot on location around Kansas City, takes a harrowing turn as the protagonist fights for respect and dignity—and ultimately accepts a directing assignment that could cost him his life.

U Shoot Videos? broke online to widespread acclaim in August, five months after Cooper made a splash with Bel-Air, a four-minute faux-trailer that reimagines Will Smith's classic '80s sitcom The Fresh Prince of Bel-Air in a more serious, millennial context.

Film-equipment outfit Adorama produced U Shoot Videos? as part of its educational initiative. Like Bel-Air, U Shoot Videos? mixes social commentary with sharp humor and pulls very few punches. In some ways, it plays like a mini-update of Robert Downey Sr.'s seminal Putney Swope, which skewered Madison Avenue and Hollywood while examining race relations, circa 1969, through a searing satirical lens.

"I didn't go to college or have a pathway into the industry, so my journey often required stepping out of my comfort zone into unfamiliar spaces, and putting myself out there at the risk of embarrassment," Cooper says. "Along the way, I learned a lot about working with different types of people in different environments. But most importantly, I learned to respect and accept myself, my voice and my journey."

"We met this past January, at the start of a program with Film Independent called Project Involve," Porter says. "It's geared toward bringing diverse filmmakers together to form the relationships you hope carry on throughout your career."

They decided to team up after Cooper related the story of IRL Moji. (Go back and watch U Shoot Videos? all the way through before the spoiler below.) In real life, on location during a shoot, the star of a music video fired a gun in Moji's direction. His camera caught the bullet, saving the young man's life.

"I'm pretty sure we were driving down Wilshire Boulevard in Santa Monica, and I couldn't believe what he was saying was real," Porter recalls. "It was such a life-changing experience, what that young man went through—and to be honest, should never have had to go through. Morgan followed up the story with, 'I want to shoot this as a film.' Of course I said, 'I'm in!'" 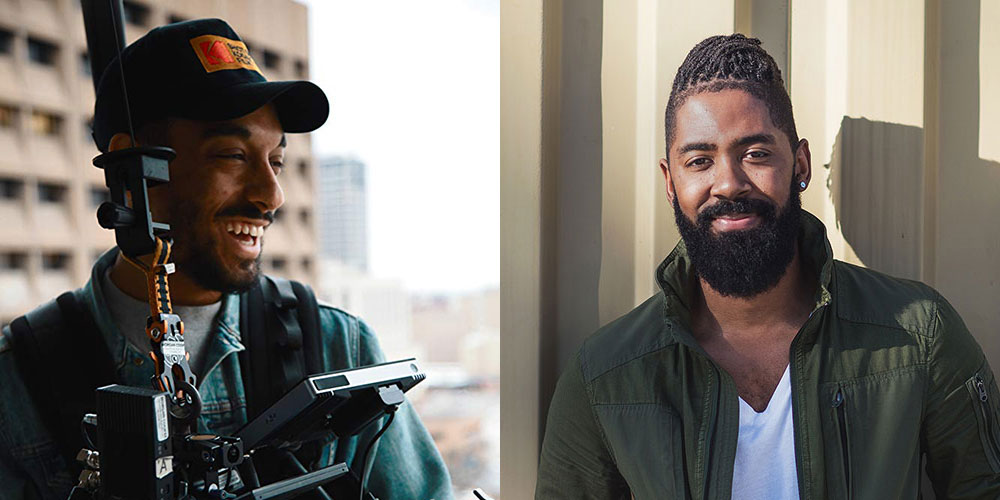 Below, in a chat edited for length and clarity, Cooper and Porter address the themes raised by U Shoot Videos? and reveal what it might take for "diversity" to jump off the whiteboard and into the agency and production communities for real.

Muse: Have you done commercials? Would you ever want to?

Morgan Cooper: I shot commercials for years as a DP before officially pivoting to writing/directing six months ago. The money is great, and it's an opportunity to both try out new equipment and work with new collaborators.

Do you think filmmaking has gotten any more or less diverse of late?

Cooper: Though there is still a lot of work to be done, I think filmmaking has become more inclusive since I got started. Technology has made filmmaking tools more accessible to people of color, and so many great stories are being told from communities that may have not had access five or 10 years ago. There is still a long way to go, but I've definitely seen an improvement. 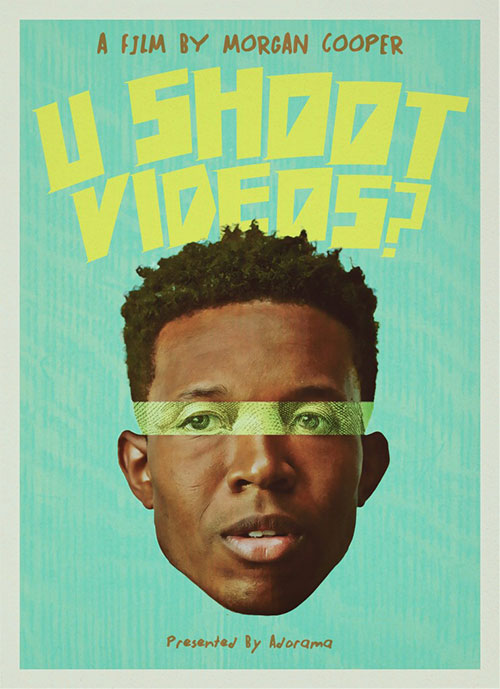 What would it take to get the movie/ad biz more diverse?

Cooper: People with opportunity and privilege are far more likely to pursue movie-making and advertising careers. For the tide to shift in a meaningful way, inner-city communities will need to be afforded the same access and infrastructure to make these career opportunities a possibility. It all comes down to opportunity and access.

Brandon Porter: Honestly, I think it's partly exposure to young people. Letting them know this is an option. Right now within the industry, there are a lot of diverse storytellers getting their shot, and that's a great thing. I hope it continues and it's not just a hot-button topic that's "right now" and will fade away. The more we continue to grow diversity among our actors, writers, editors, directors, DPs, etc., the more it inspires those young people coming up. They can see themselves out there being represented, and that lets them easily put their faces in that same position in the future.

I love the multitude of stories being told from so many perspectives. But for me, the next step is not just having a "Black," "Hispanic," "LGBTQ," "Asian" or "Female" story told. Let's also have stories with characters that are just diverse, you know? It's important to keep telling those singular situations for sure, but the more our stories start representing what the fabric of the world is, the better off they will be.

Is there any company or producer or any initiative you think is doing well in this regard?

Cooper: Film Independent is an organization that is doing a fantastic job connecting people of color in the industry through their Project Involve program. I met Brandon Porter through this program.

What are working on right now?

Cooper: I signed with Chromista several months ago. I'm working with Universal TV on a new project, and sold an original idea to Quibi that I'm really excited about.

Who are your heroes/influences/mentor in the business? What kinds of stuff influenced you?

Cooper: Some of my biggest heroes and influences are Ava DuVernay, Ernest Dickerson, Shelly Johnson, Kenya Barris and Bradford Young. All of these artists have inspired me through their work and commitment to excellence. As far as my favorite films and shows, my favorite film of all time is Juice, directed by Ernest Dickerson. More recently, I saw an advanced screening of Queen & Slim, and was blown away. Very inspiring film for so many reasons. My favorite show right now is Top Boy on Netflix—it's amazing. Shoutout to Drake for bringing it back!

Why is it important to make films like U Shoot Videos?

Porter: For all those kids of color out there who have a dream to be an artist. A creator. This is almost a PSA of sorts. Especially with the "spec work" scene in the middle of the film. One of the reasons we have [Moji's sister-in-law] Chloe speaking to the camera is because she's speaking directly to the viewer, those who are trying to come up and make a name for themselves. What she's saying might be common knowledge to you or me, but there are so many people out there who are feeling stuck and don't know what their next move might be to break into the business. Hopefully. this speaks to them, and they literally get inspired to go make their own spec work.