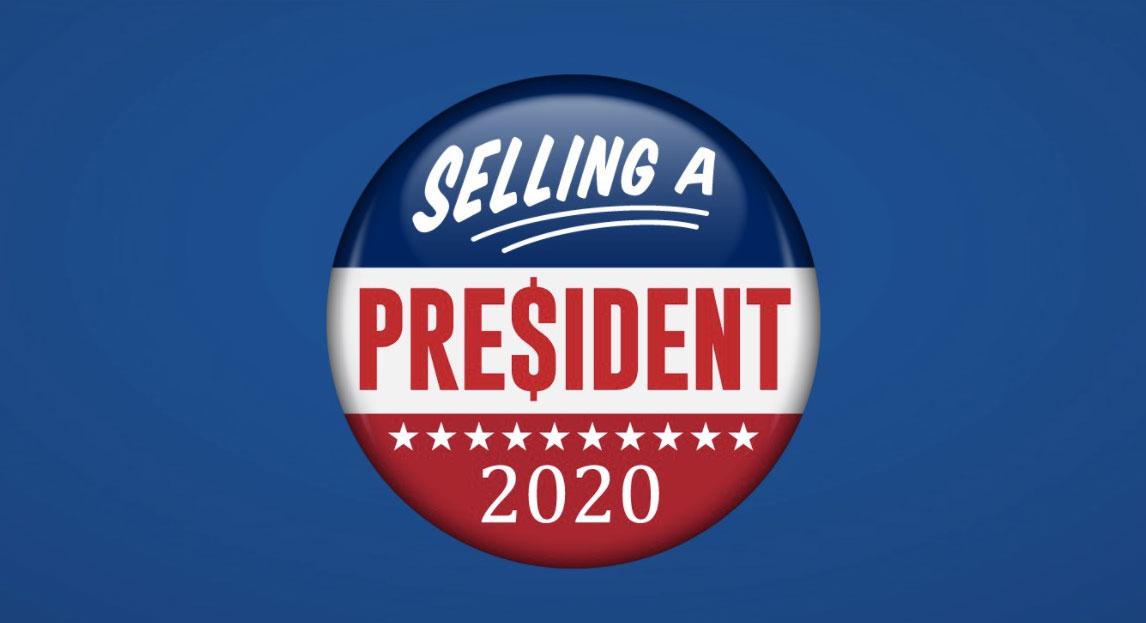 "The time was right to do this," Verdi, a 40-year agency veteran whose shop helped Hillary Clinton win a U.S. Senate seat in New York in 2000, tells Muse. "The ongoing debate between how you feel about the candidate and what information you learn about the candidate is apparent in all elections, but perhaps no more so than in this one."

The first 13-minute installment of "Selling a President 2020" mainly dissects Donald Trump's polarizing spin cycles from 2016 and beyond. Those of you toiling from home during the coronavirus crisis can blast "Fear Sells," sans earbuds, without pissing off workmates in the next cube:

"[Trump has] created a level of brand loyalty that is truly remarkable," Verdi opines at one point. "Knowing that half the country would never buy this brand doesn't change the messaging … though it might not expand his brand, it's certainly cementing loyalty."

Greg Hahn, chief creative officer at BBDO New York and a guest on the first episode, amplifies that theme. "The biggest drivers in behavior are anger and fear in political circles," he says. "Trump's whole message is, 'They're going to take something away from you,' or 'They're out to get you." … And no matter what facts or policy counter that, it doesn't matter."

Data-driven strategies and appeals to reason can fall short against such visceral appeals, so "the big question mark for me is how does any candidate go forward and to try to break through and change peoples' opinions, knowing that facts may not be the thing that separates you from the other guy?" says renowned creative executive Lee Garfinkel, whose résumé includes high-level posts at FCB, DDB, Havas and Lowe.

These folks provide punchy takes on Trump's appeal, counting the simplicity and entertainment value of his media persona and commercials as key strengths. Trump's advertising, they say, follows the successful template of Ronald Reagan's iconic "Morning in America" re-election campaign of 1984, "flexing" about accomplishments rather than attempting to persuade.

"The advertising he's done, I have to say, is pretty good," Kaplan Thaler concedes—and the group agrees that Democrats seem stuck in the messaging styles of 10 years ago, handing Trump an advantage in the paid-media wars.

"It's true that the first [episode] could be viewed as tilting to the left, but I think that is the nature of the subject—Trump's polarizing marketing," Verdi says. "We have no political axes to grind. We intend to cover both sides of the spectrum and include guests who can provide insights on the left and right."

Available for free on Spotify, Google Play, Apple, TuneIn and Stitcher, fresh outings will drop in coming weeks. Topics include digital's role in transforming the election landscape and the vanishing footprint of traditional agencies in touting candidates.

"Future episodes will tie into the more current news around the impact of COVID-19 on the candidates' approaches," Verdi says, "and react more quickly to new commercials from candidates" and political action groups. Naturally, this will take place via phone and web conversations, allowing contributors to maintain social distance for maximum safety, instead of getting together in the studio.