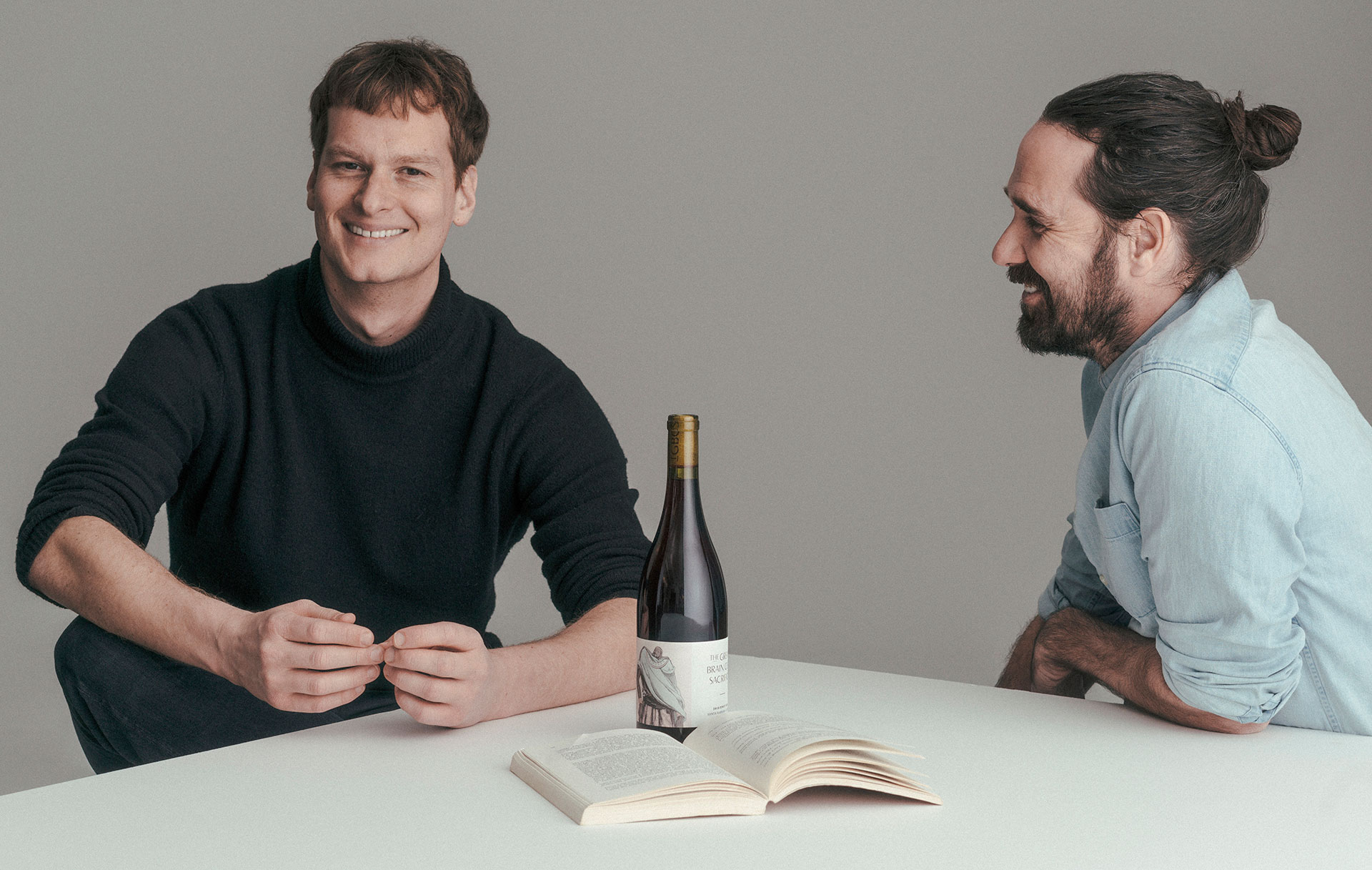 If you're one of those people who—for better or worse—have been getting through these pandemic times with a dash (or more) of booze at the end of the day, well, here's a way to make those drinking hours count.

Thom Glover and Paul Meates, friends and Droga5 colleagues, started a wine brand recently with an intriguing name—The Great Brain Cell Sacrifice—and a charity element to match: For every bottle sold, they donate a book to an underfunded school to help a child in need learn to read.

The Covid-19 pandemic brought good news and bad news for the brand. On the plus side, sales have tripled over the past two months, as direct-to-consumer deliveries of food and beverage have become increasingly popular. On the other hand, Glover and Meates can't donate books to schools right now, since they're closed.

So, instead, they're pivoting to a slightly different charity model—helping to build home libraries for the poorest kids in society who currently have no access to books. 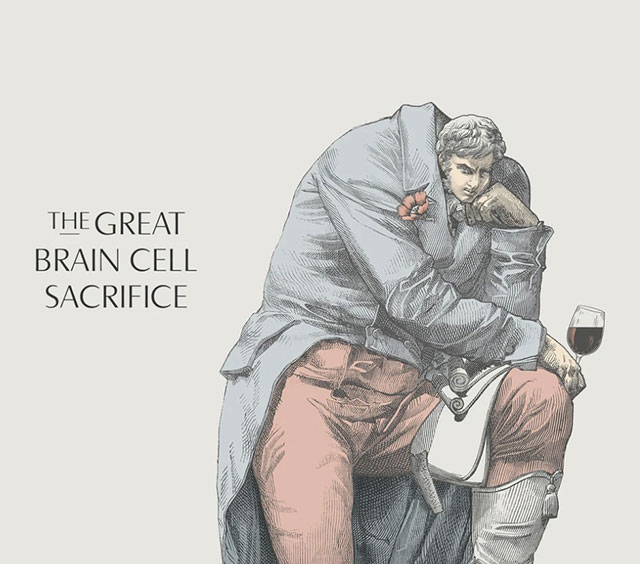 Glover and Meates first had the idea for a charity wine brand around 18 months ago. They both had kids in Brooklyn public elementary schools that were struggling with funding issues.

"Paul went to pick up his son on a Monday afternoon, and was told there would be no homework that week because the school couldn't afford any more printer ink," Glover tells Muse. "So we found ourselves going to a lot of fundraisers, and the wine is always disgusting at those things. So the idea sort of came from both of us wondering: 'What if we made a nice wine that was itself a donation to these schools?' "

They decided to make a direct-to-consumer wine that costs the same amount as you'd pay at the wine shop, but cut out the middle man and use that money to buy a book for a child who needs it.

"Because our donation per bottle needs to be so large, we had to create a direct-to-consumer business model for higher quality wines," Glover explains. "It's really the only way the idea works. So we're really banking on people being willing to spend a little bit more for something a lot better, that lets them contribute to a great cause."

The pair spent a long time looking for a winery to work with—the name itself turned off some people. But then they met Justin Willett, owner and winemaker at Tyler Winery, whose wines under the Tyler and Lieu Dit brands are exceptional.

"He was really interested in the cause—his wife works in early education—and we went out to Santa Barbara County to meet him, and hit it off. He's been a fantastic partner," says Glover. "We've been trading since September 2019, and just launched our latest wine, a rosé made with Pinot Noir grapes, in April." 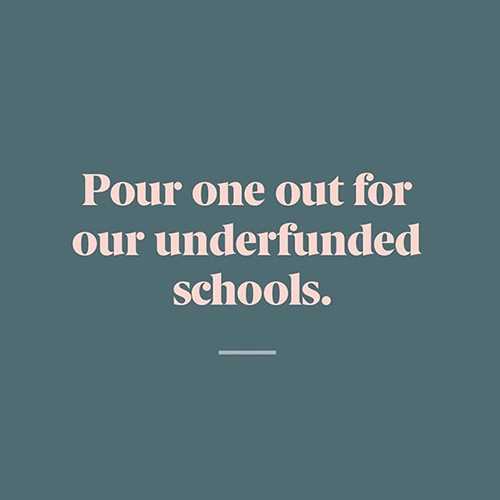 Keeping the business running, not to mention pivoting the charity angle, has been tricky during the pandemic. Shipping, in particular, has been a puzzle.

"Wine is heavy, and shipping is one of our biggest expenses," Glover says. "So finding ways to offer free and safe shipping to customers and get them their wine quickly has been a focus. It's not easy to ship like Amazon, when you're just two people with a side hustle, especially with cross-country freight slowing down and fulfillment partners closing unexpectedly."

Things have also been intense for Glover and Meates at their day jobs at Droga5.

"We have a meeting first thing on a Monday about everything we want to achieve that week and then try to fit most of the calls and emails in after work, or at the weekend," Glover says. "It's been a lot of learning and a big shift from working as a creative. When we started, we had some idea about how to build a brand, but dealing with the logistics of fulfillment, the legalities of being an alcohol distributor and the intricacies of interstate freight was all new, and hard."

Still, he adds, "it's fun to go from debating directors' reels one minute to haggling with Tawnya at the shipping company about palette weights the next. We love it." 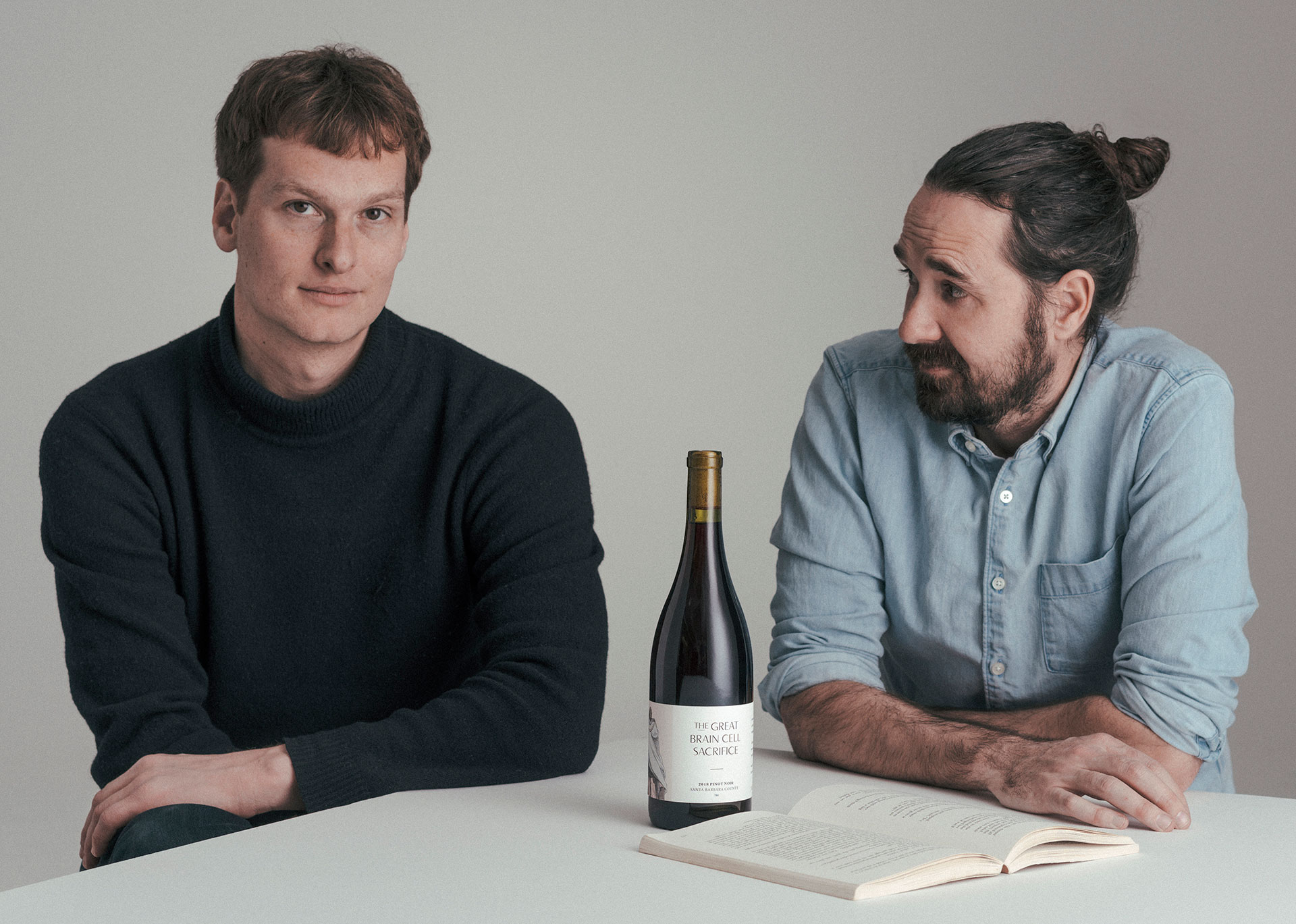 Of course, they haven't succeeded alone. They credit David Droga with being massively supportive at every stage. And Patrick Milling-Smith at Smuggler has been a notable corporate customer, ordering bottles for Smuggler's Christmas gifting and for on-shoot bags for clients.

"A lot of different agencies, production companies and editing houses have made buys both for their clients, and more recently for 'remote team drinks' events for their employees. It's been extremely generous, and people have really enjoyed it," Glover adds.

"And quite apart from these company buys, hundreds of individuals who work in the industry have bought bottles and donated books. Some people who never bought D2C wine before are now our most frequent customers, simply because they like the idea, care about the cause, and love the wine, which we really, really appreciate." 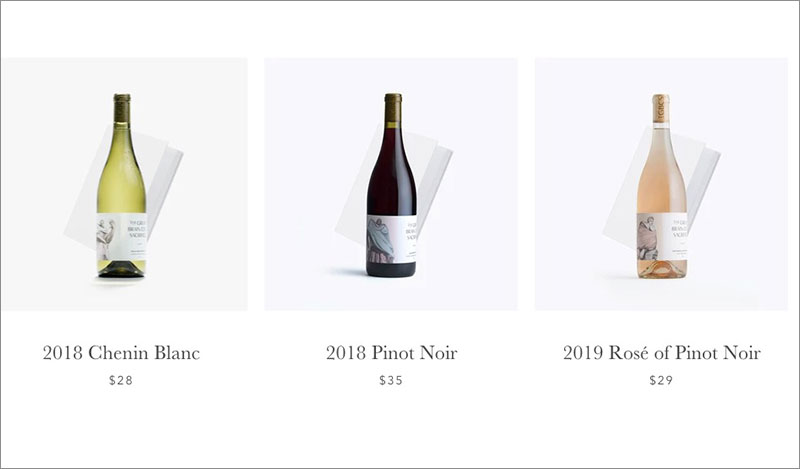 So, how can you help the cause? If you go on the website and buy half a case (six bottles) right now—which you can currently get with free shipping almost anywhere in the country—you'll be starting a six-book home library for a single child and making a huge tangible difference to his or her life.

"The Pinot and Chenin are fantastic wines that go with everything you're cooking at home in quarantine. The perfect antidote to 12 hours of Zoom calls," says Glover. "The Rosé is pale and delightful and will make you feel a lot better about not going to Cannes this year. And half a case gives a home library to a kid stuck in an apartment somewhere who otherwise won't see a book until September at the earliest."

Indeed, as Glover notes, this is "wine that's good for children!"